The farewell visit of the German chancellor to the capital of Russia sums up an entire era in Russian-German relations.

The arrival of Angela Merkel, which will be hosted today by Russian President Vladimir Putin, is not a courtesy visit, not a protocol event and not a PR move. The Chancellor is not going to hold a joint press conference on what has been achieved over the years, but with a very specific task: to agree on the positions of the EU and Russia on the eve of Merkel's visit to neighboring Ukraine. More precisely, to once again probe and confirm the points of contact.

In this regard, it is expected that one of the main topics of Merkel's meeting with Putin will be the implementation of the agreements she reached in July with US President Joe Biden. In exchange for Washington's refusal of new sanctions against the project, Berlin, among other things, pledged to extend the transit of Russian gas through Ukraine after 2024, when the current contract expires.

Talk before going to Shabash

Both topics will be discussed by Merkel later with Ukrainian President Volodymyr Zelensky. She is invited to celebrate the anniversary of the country's independence, and this visit, in fact, will also not be purely protocol. Merkel will have to try again to convince Zelensky and his entourage of the need to implement the political part of the Minsk agreements.

According to experts, Zelensky, who recently chose the tactics of provocations and making claims against his Western allies, will almost break "through the knee." All this should happen on the eve of the Crimean platform, where Merkel is also an example of participation. The platform is a PR move of the current Office of the President of Ukraine.

After a deafening failure on the issue of the reintegration of Donbass (and in general some progress there), after the defeat in the battle for Nord Stream-2, the Ukrainian government seeks to show that it has not forgotten about the Crimea. Of course, all this is an empty fiction. Earlier, the Russian Foreign Minister called the event a shabash. "At the Ukrainian Crimean Platform summit, Western states will continue to promote racism and fascism of the Kiev authorities," RBC journalists quoted the minister as saying.

Meanwhile, in Ukraine, the light did not converge in a wedge: Merkel will sum up all 16 years of work as chancellor from the point of view of Russian-German relations. Her visit to Russia will be the twentieth in a row during her tenure. The agreed list of issues already includes bilateral relations, the fight against the pandemic, and the situation in Afghanistan. This is in addition to the two that were named above. Among other things - symbolic gestures like laying flowers at the Grave of an unknown soldier.

Moreover, if in the same Afghanistan there is no big difference in approaches between Moscow and Berlin, then in Ukraine the contradictions are fundamental. You can't see how they can be resolved. At the same time, the topic of NATO remains behind brackets, and not only because it is not Merkel who decides this. Now in the Western world there is an unspoken consensus (with the previous anti-Russian rhetoric) that Ukraine will not be taken to NATO. Earlier, Putin called it a "red line" for the Russian leadership. And someone, but Merkel definitely understood him correctly.

Their first meeting took place in January 2006, in Moscow. And the second a few months later, in April of that year in Tomsk. Both leaders expressed their readiness to strengthen relations, and the Russian-American ones have not yet been so spoiled. Meanwhile, even then, Vladimir Putin stated that he and the German chancellor had good personal relations.

However, experts agree that good personal relations could not flow into something more. Despite this, there were a number of factors that predetermined the constructivality of these relations. Putin worked for a long time in the GDR, speaks German. Often it was German that was the language of their personal communication. 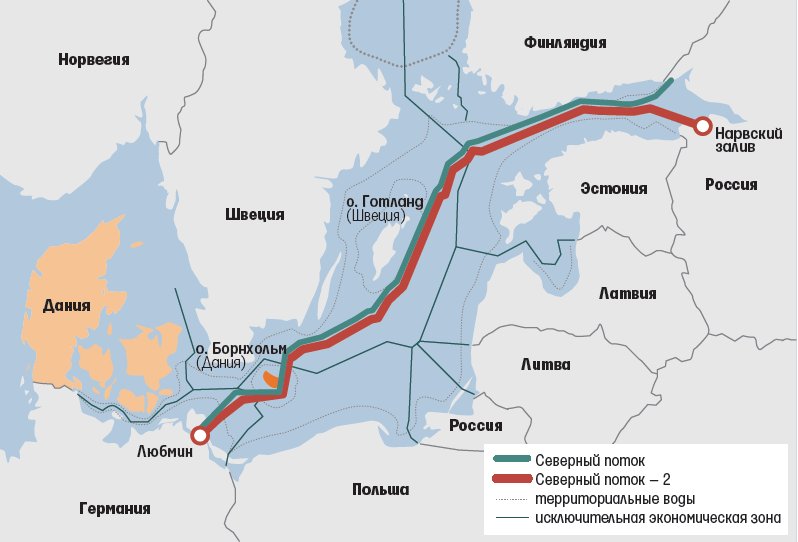 "Flows" deliberately "soldered" Russian-German economic interests. And where the economy is there and politics

In turn, Merkel knows Russian. And during the negotiations, they repeatedly switched to Russian. After all, Merkel grew up in the GDR, it helped: nevertheless, in the eastern part of Europe, the mentality was similar to all people, this was also noted by the President in the past.

The leitmotif of Russian-German relations under Merkel was the confrontation between the Russian Federation and the United States and the EU on a number of geopolitical issues. Economic ones are also linked to them. It turned out that Merkel took on a mediating role in relations between the West and Russia. This was most pronounced just recently, when Merkel defended her position on Nord Stream-2 before the United States. And stood down.

According to Vladislav Belov, head of the Center for German Studies at the Institute of Europe of the Russian Academy of Sciences, Merkel clearly separated "flies from cutlets." On the one hand, "Adversary Russia," "Competitor Russia," on the other - "Partner Russia," quotes the words of a RBC expert. Not the best design for the Russian Federation (and the EU), but it worked, and helped to avoid, at least, acute, hot conflicts.

A huge test of strength was the conflict in South Ossetia, when Georgian troops under the leadership of Mikheil Saakashvili attacked our peacekeepers and the sleeping Tskhinvali. It was then that the talk of "Greater Europe from Lisbon to Vladivostok" finally stopped.

Nevertheless, we must not forget that it was Merkel, formally speaking on the side of the collective West, who herself blocked the provision of Ukraine with a plan for NATO membership in 2008. As a result, the crisis in South Ossetia did not become an insurmountable obstacle in bilateral relations.

However, contradictions continued to accumulate. Including due to the position of the United States, in the fairway of which in general continued to move Germany. Not surprisingly, Germany is the main ally of the States in Europe. And it is all the more valuable that the parties managed to maintain construction in the Russian direction.

Back in 2008, Dmitry Medvedev, as President, expressed concern about the narrowing of the space of mutual understanding. The historical speech of Vladimir Putin in Munich in 2007 also added fuel to the fire. For the first time at this level, things about NATO's aggressive policy were named by Russian leaders.

At the same time, Merkel, it is believed, did not leave any hope that Russia would suddenly return to the discredited liberal model in domestic politics. And the scandals associated with pseudo-human rights organizations in the Russian Federation (many of which were financed from abroad) significantly "cooled Merkel's fervor" in this matter.

And now comes 2014, a coup in Ukraine. Germany was one of the guarantors of the agreements with Yanukovych (from Germany was signed by then Foreign Minister Frank-Walter Steinmeier), which the very next day were thrown into the trash.

This year, and the coup supported by Germany, finally ended the era of close, largely friendly cooperation between the Russian Federation and Germany. The sanctions policy began, pressure continued. At the same time, everyone, and, especially, Merkel herself understood - sanctions do not work, it is simply impossible to break the Russian Federation through the knee. But there were no other tools, and overseas partners were in a huge plus. After all, such a policy hurt, first of all, the EU itself.

Nevertheless, Merkel's desire for a constructive dialogue was also manifested here, since, according to experts, the beginning of the dialogue in the "Norman format" and the conclusion of the Minsk agreements are largely her initiative and achievement. 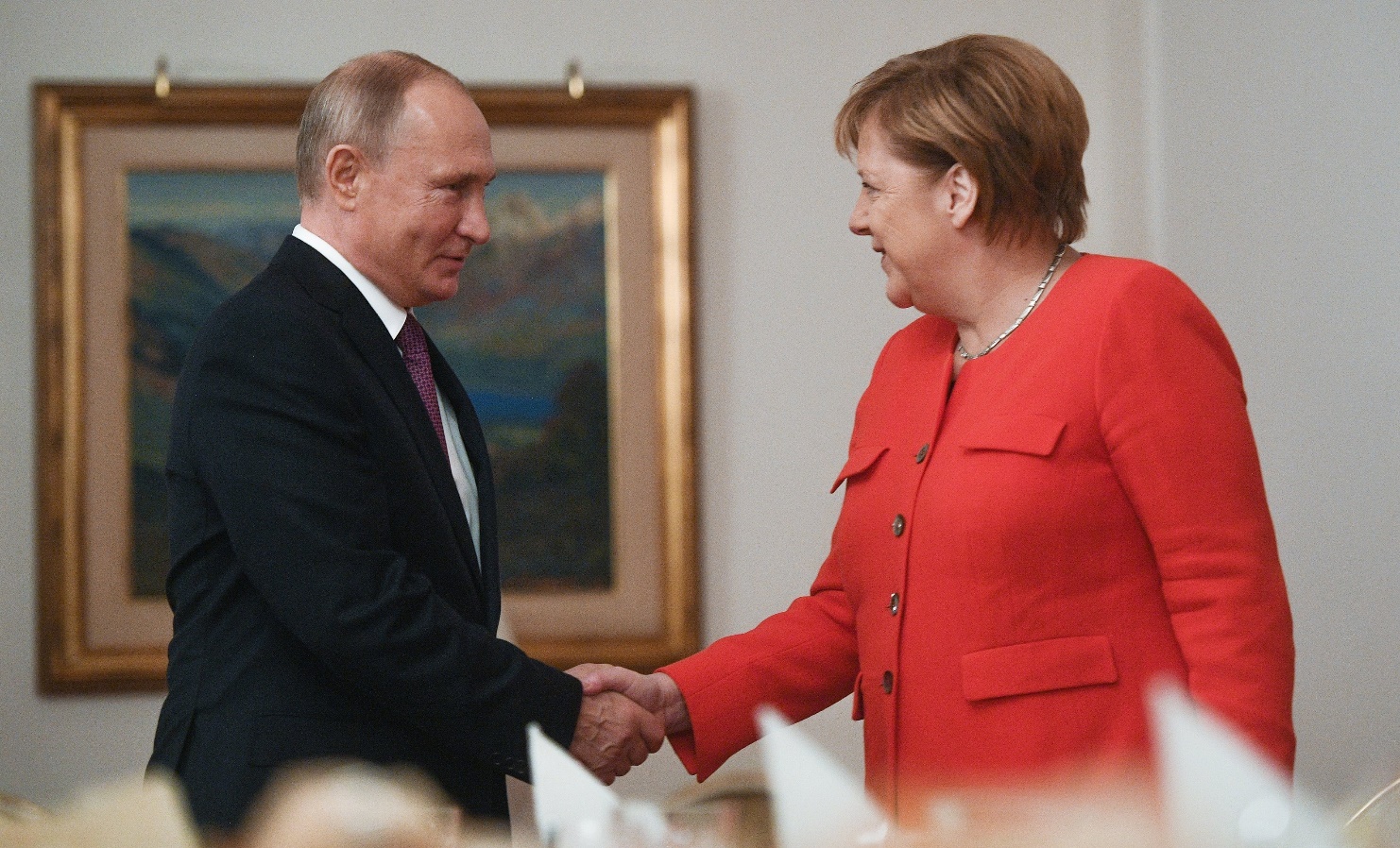 Summing up, the Merkel era did not become an era of breakthrough in Russian-German relations. Rather, the opposite - but this is not the fault of the chancellor, only partly. The most important thing is that it was possible to preserve the structure, and as a result, real national interests in relations between the two countries prevailed, the desire for the better prevailed, no points of no return were passed, and a solid foundation was laid and strengthened for the future, in which Nord Stream-2 is only the most noticeable part.