In Kazakhstan, the cleansing of criminal elements and the clarification of the causes of the tragedy continues.

According to the correspondent of The Moscow Post, the authorities of the republic finally decided on the wording of the recent tragic events in the cities and masses of the country. According to Secretary of State Erlan Karin, the authorities faced a hybrid terrorist attack, which may have pursued the goal of a coup.

An anti-terrorist operation is still ongoing on the streets of Kazakh cities. Law enforcement officers and the army of Kazakhstan street after street, house after house clear the country from looters and outspoken bandits who took advantage of the chaos.

Meanwhile, as President of Kazakhstan Kassym-Jomart Tokayev said earlier, the country's authorities were faced with an attempt to destabilize the situation, including from outside. Somehow, the special services overslept the training of terrorist cells inside Kazakhstan. According to Tokayev, in Almaty alone there were about 20 thousand trained mercenaries. Where they came from there is not clear.

As a result, more than 4 thousand people have already been detained. The death of 26 criminals and 12 law enforcement officers of Kazakhstan is reported. Moreover, three of the dead were beheaded.

"Betrayal is not without it"

Detentions are also in the political leadership of the country. The day before yesterday, the former head of the National Security Committee of Kazakhstan Karim Maksimov was detained on suspicion of treason. This is an influential politician in the country, previously there were many rumors about him, including about involvement in intelligence of foreign countries. About this writes RIA Novosti.

It is possible that Maximov could not have anything to do with the organization of the rebellion that erupted in the republic, and they can only want to squeeze all responsibility on him.

Also earlier, former adviser to the first president of Kazakhstan Nursultan Nazarbayev, former Minister of Culture and Information Ermukhamet Ertysbayev considers the betrayal of some officials and law enforcement officers one of the reasons for the crisis in the country.

In his opinion, what was happening was the most serious crisis "in 30 years in the entire post-Soviet space." "The scale of such an attempt at a coup d'etat, armed rebellion is striking, such a powerful organization that without traitors to the highest echelon of power, especially law enforcement agencies, it was impossible to carry out," Ertysbaev said. 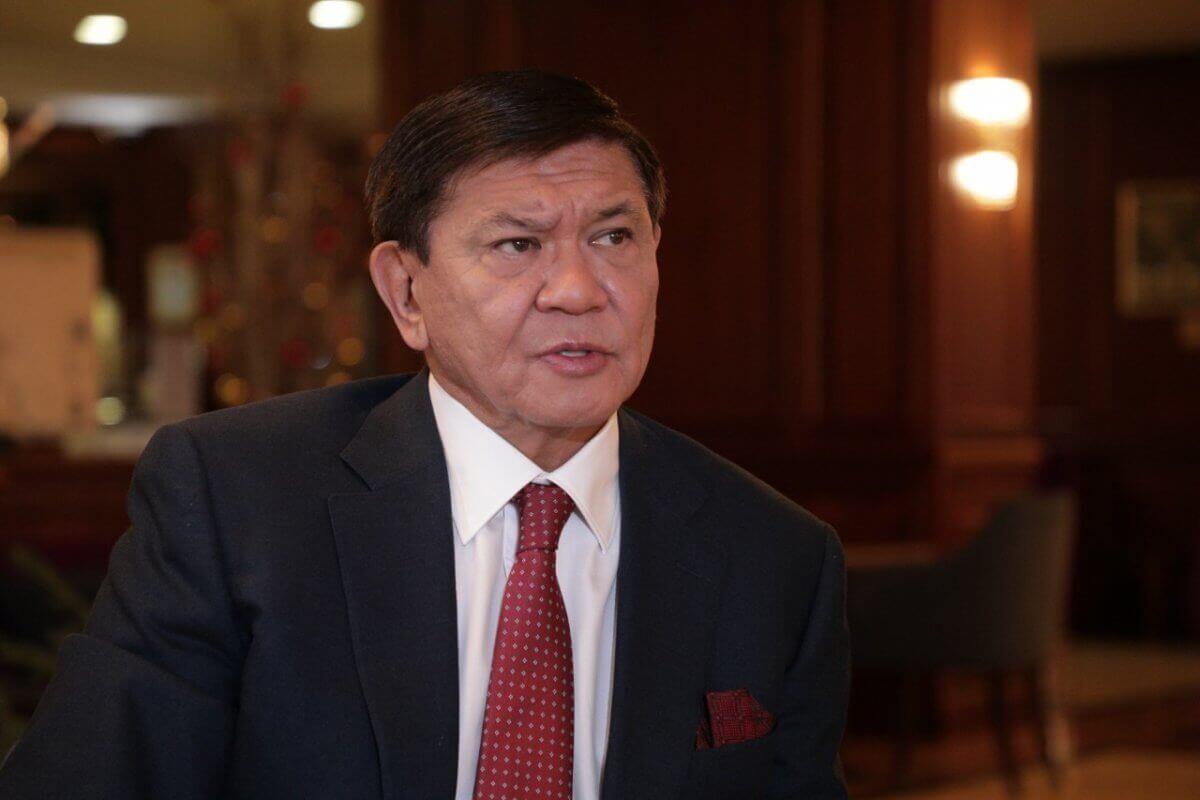 According to him, within several years, it appears, existed training the camp. How security service of Kazakhstan - resolutely unclear could oversleep all this. However the possible purpose - discharge from the power of the current president and Nazarbayev' family could be reached only partially.

Meaning that what conspirators would have no purposes to discharge Tokayev didn't leave. And here he, it seems, used a situation completely to level influence of the first president, former lifelong head of the Security Council of Kazakhstan Nursultan Nazarbayev.

And it was initially said that Tokayev displaced Nazarbayev from a post of the head of the Security Council. Rumors went that Nazarbayev very long time ago is outside Kazakhstan. There are no reliable data, but of Nazarbayev's press service assure that the first president himself, voluntarily gave to Tokayev powers of the head of the Security Council. Thus supposedly they showed solidity of the power, TASS writes.

It is believed in it hardly, as well as that Nazarbayev still in Kazakhstan. Anyway, in a situation still there is a lot of not clear. It is clear only that the design of the power of 2019 will be dismantled - yes it is already, actually, dismantled. I will remind, all syllogism of Nazarbayev was in leaving, but on itself business to remain in policy such patriarch with real powers and control over the most important spheres of policy and economy.

At the same time formal presidential powers at Tokayev - him were chosen by the people. Nazarbayev remained the father of the nation. However Nazarbayev held down Tokayev on hands and legs in respect of reforms which were about to happen in the state long ago and for which people also gave the votes for him. It is possible to assume that Tokayev could use a situation, at last, to draw a blanket on one of two centers of force. Absolutely it is clear only one - Nazarbayev's time left.

To whom it isn't necessary for the CSTO

That to Russia, for it the taken place events became the same surprise as well as for others. Paradoxically, in a situation Americans are hardly involved - their reaction and at all not to Kazakhstan now the USA was too reserved – on a game negotiations on "big deal" on security guarantees with Russia which start on January 12.

As experts, the interest assure of the events which took place in Kazakhstan maybe at representatives of radical groups of Afghanistan, and at dreamers about Big Turan from an environment of the Turkish president Erdoğan, and at radical representatives of the Kazakhstan zhuzes (especially Younger, western), and very many people else.

In a chaos situation in the country of Tokayevu nothing remained how to ask about the help. The CSTO entered peacekeepers, and it was approved by the prime minister of Armenia Nikol Pashinyan presiding nowadays there., by the way, come to the power in 2018 as a result of the Velvet Revolution.

But here when the trouble came already to his house, orientation to NATO and the EU didn't help him to cope with problems, and only aggravated them. Now both Pashinyan, and Tokayev, and other leaders perfectly that is called "on the skin" feel and understand that except the Russian Federation there is no guarantor of safety and stability in the former Soviet Union.

Thus, the event is treated how a strategic victory of the CSTO and the Russian President Vladimir Putin. Russia entered the largest contingent of peacekeepers - about 3 thousand people. About one hundred more are Armenia, 200 - Tajikistan, 500 - Belarus. Contrary to nonsense of the western promotion, peacekeepers don't participate in cleaning of streets but only they protect strategic objects. However even it was enough that a gossip began - like, the CSTO won't leave Kazakhstan any more.

It is difficult not to draw parallels with the recent war in Nagorno-Karabakh when Russia managed to remain in good relations with all parties of the conflict, and also to strengthen the influence in Transcaucasia - having guaranteed that big bloodshed won't be any more.

To sum up the results of events in Kazakhstan still very much early. Apparently, chaos had both internal, and external interested parties. The former adviser to the ex-president of Kazakhstan Nursultan Nazarbayev Ermukhamet Ertysbayev is convinced that the foreign states have relations to disorders, and deployment of peacekeepers of the CSTO literally enraged all West. His words are quoted by Lenta.ru. 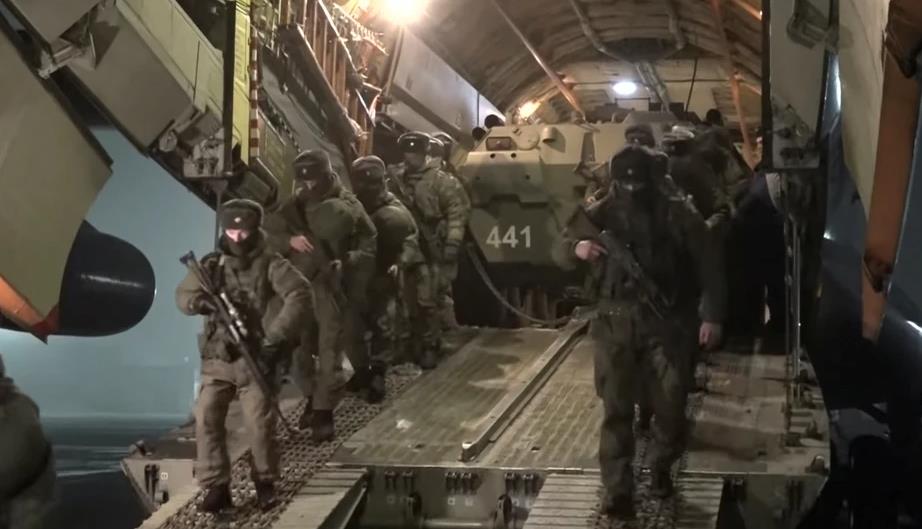 "The entry of CSTO peacekeepers infuriated the West"

The same publication notes that US Secretary of State Anthony Blinken will require Kazakhstan to explain for inviting CSTO peacekeepers. He also criticized the order of Kassym-Zhomart Tokaev to open fire on the "protesters" to defeat. This, we recall, a year after the bloody massacre in the Capitol, when the US police opened fire on unarmed people.

In the case of Kazakhstan and the CSTO, it is clear, at least, that the chaos, robberies, looting will be over, which will allow the authorities to carefully understand the causes of what happened.