The provocation in Bucha aims to disrupt the negotiation process and dehumanize not just the power structures of Russia, but in general all people who have at least some positive attitude towards Russia.

According to the correspondent of The Moscow Post, the new "sensation" shakes the international media. Ukrainian troops, who entered the city of the Kiev region Buchu abandoned by the security forces of the Russian Federation, allegedly found many bodies of civilians there with signs of violent death.

Until the very end of March, the city was occupied by the power structures of Russia. Therefore, of course, the Ukrainian side immediately accused the Russians of possible crimes. And our Western partners began to prepare another sanctions package.

At the same time, both sides - Russia and Ukraine, requested a meeting of the UN Security Council on this situation. And if the Ukrainian side is trying to present the situation in Buch as a result of some "atrocities" of Russia, then the Russian Federation is filing this as a provocation of Ukrainian nationalists, the purpose of which may be to disrupt the negotiation process.

The scandal is gaining momentum, but the whole situation in Bucha has a number of signs of fictiousness. Everyone has probably forgotten the provocations against Russia of past years. It is enough to recall the "FSB snipers" on the Maidan in 2014, which actually turned out to be a group of Nazi Parasyuk. Or a "chemical attack" on the "opposition" in Syrian Aleppo, which turned out to be a cheap performance of "white helmets" for verification. 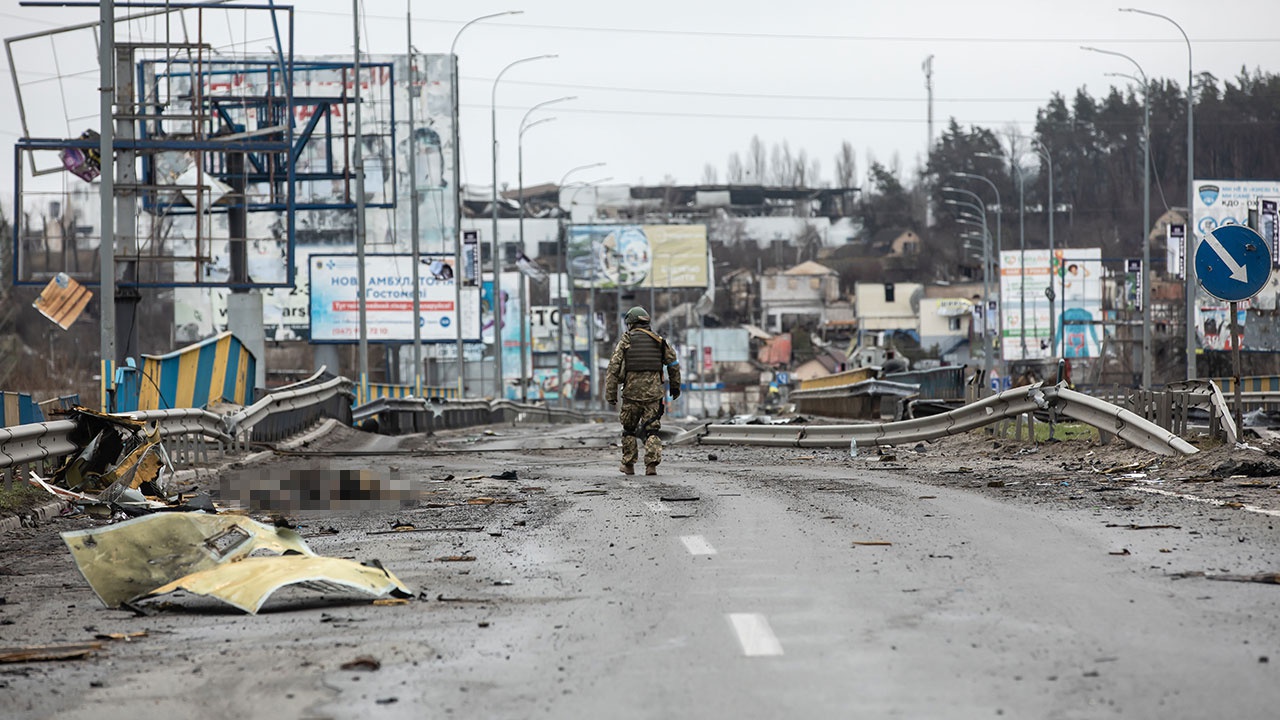 Bucha suffered as a result of shelling, but no one announced any "war crimes" of the Russian side in this city before the SBU arrived. Photo: tvzvezda.ru

Under all these scandals, the ill-wishers of our country tried to knock out new restrictions for our economy, bring down an avalanche of public condemnation on Russia, dehumanize our power structures, and generally discredit our people.

And now we are already seeing how the head of European diplomacy, Josep Borrel, is "shocked" by what happened in Bucha, the head of the British foreign ministry and other officials are calling on Russia to answer, introducing new "hashtags" on social networks, calling for heavenly cars on the heads of the Russian leadership.

Another "tearful" video was recorded by Ukrainian President Volodymyr Zelensky, whose hypocrisy crosses all borders. Of course, he needs to work out all the contracts before the Washington "regional committee."

The scale of the lie, the inclusion in the creation of this performance of everyone who could only be gathered from the ill-wishers of Russia, is striking. Meanwhile, this case is sewn with white threads, and is aimed exclusively at the emotional swinging of the Western viewer. As well as the Russian viewer from among the "fifth column" and "non-residents." Those who have long and firmly hated Russia, and for whom a couple of mounted videos are in themselves evidence of the crimes of the Russian Federation against humanity.

All this would be puzzling if such insinuations against our country were carried out for the first time. Meanwhile, all this cheap performance is based on several videos where Ukrainian troops drive through Bucha, and allegedly civilian corpses lie on the outskirts of the road.

Let's leave aside the fact that Russia would clearly have removed the corpses from the road if it had been guilty of their deaths. And if I hadn't - too. Not to mention the fact that during shelling, both with small arms and artillery, people do not die - and do not lie down along the road specifically under the cameras of passing cars.

In addition, many saw a video where the "corpse" lying on the right after passing the car begins to sit on the road, which falls into the rear view mirror. But these are all trifles compared to the exposure that Ukrainians themselves provided a few days ago.

As it was said, the Russians left Bucha at the end of March. And already on March 31 and April 1 they were not there. But on the same days, representatives of the SBU went there, who were supposed to conduct mine clearance and filtration measures. They, as expected, recorded their appearance in the city on video.

The video appeared a day before the current shooting of the alleged massacre. And is it necessary to say that in the SBU video there are no corpses on the streets of Buchi in memory?

That is, this is a clearly adjusted situation, and this was done with understandable goals - to dehumanize Russia in the eyes of the Western community, to provoke the emergence of new sanctions against our country, to weaken our negotiating positions against the backdrop of our power structures leaving several regions of Ukraine at once.

We repeat - all insinuations about the massacre in Buch are built exclusively on several staged videos. Neither lists of the dead, nor their relatives, any specific videos or photo evidence that would capture the Russians committing crimes. There's nothing.

Meanwhile, no one says that the dead people represented are "mannequins." With a high degree of probability, these are those residents of Buchi who went to cooperate with Russia. Well, cooperation - they continued to ensure the life of the city, accepted humanitarian assistance and did not shoot our security forces in the backs.

It seems that as a result of filtration measures, the SBU simply got rid of them. And then they presented this as a result of the actions of the Russian Federation. If so, then these are the most real war crimes of the Ukrainian side.

Call for murder around the world

Meanwhile, the Ukrainian pseudo-elite does not just use this case to pressure Russia. Ukrainian officials called for the destruction of the Russians, everyone indiscriminately, wherever they are. This is an open call for the genocide of Russians around the world, which was announced by the mayor of the Dnieper, Boris Filatov. 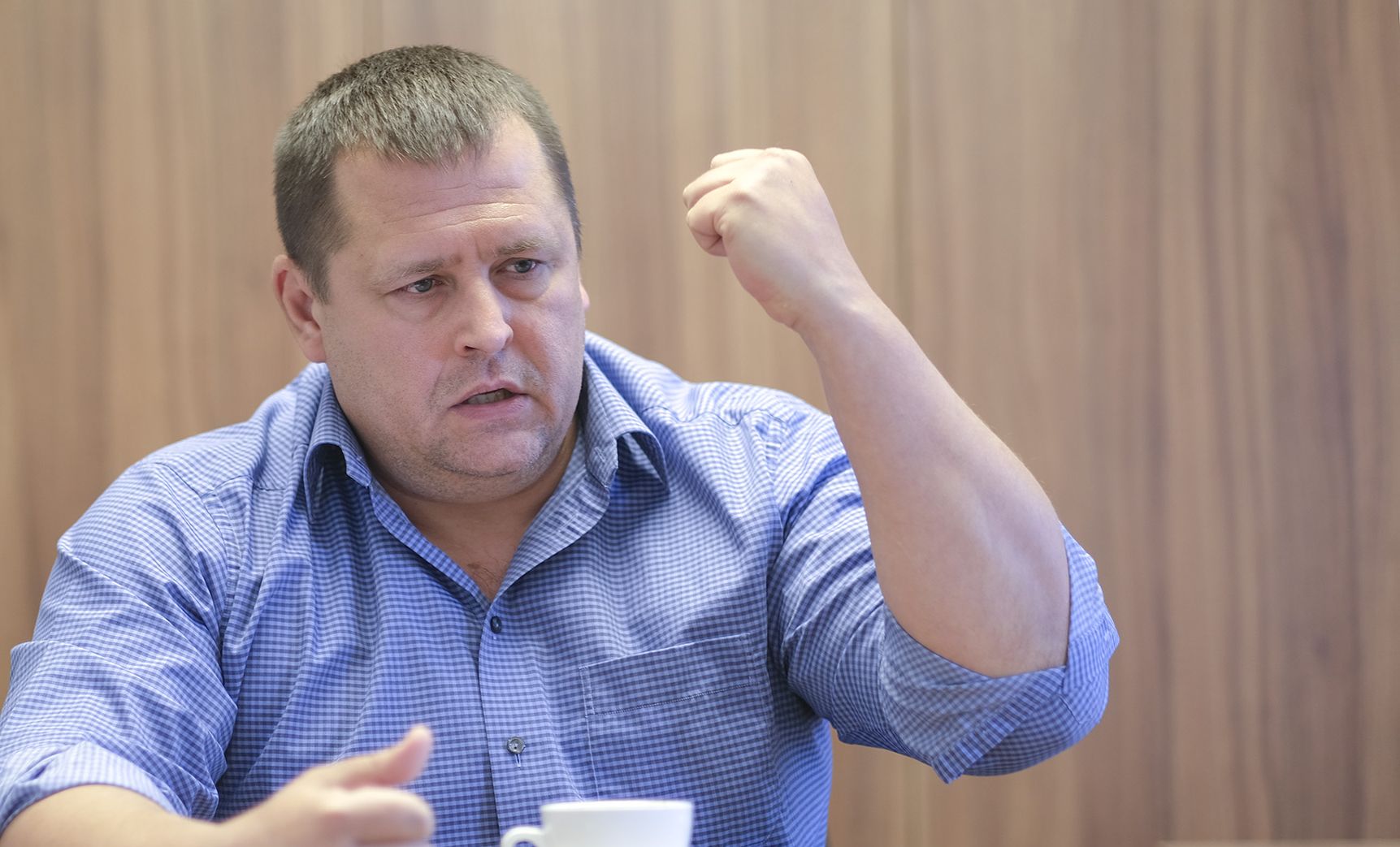 Dnieper Mayor Boris Filatov called for massacres of Russian citizens around the world. His call was hotly supported by compatriots. Photo: sharij.news

He posted his call on a social network belonging to a structure recognized as extremist in the Russian Federation. Just on the basis of discrimination against Russians - ignoring calls for murder. In fact, it is welcome there. In the comments on the post with calls for the murders, Filatov received vigorous approval from compatriots.

This has not been and will not be the subject of Western media proceedings. Moreover, this hatred, outright Russophobia, which is no better than terse anti-Semitism in the first half of the 20th century, has already been raised to the banner in the West. Even if you take the same Western social networks banned in Russia, then they calmly advertise clothes with inscriptions calling for the killing of Russians - and this also does not bother anyone at all, no one forbids anything.

In this story with Bucha, which has yet to be understood for a long time and carefully, it is not hatred and insinuation of the Ukrainian side that strikes.

And in the West, the truth does not bother anyone at all. As, in fact, the lives of Ukrainians, for which they are so demonstrably fighting. But "to the noise" of this provocation, the governments of a number of unfriendly countries approve of the supply of more and more heavy weapons.

Today, President Vladimir Zelensky asks for tanks, aircraft, air defense. And if in the first days of the special operation he was provided only with old rifles and body armor, now, behind the new and new information failures of Russia, he is already slated by armored personnel carriers. What next - will get cruise missiles? 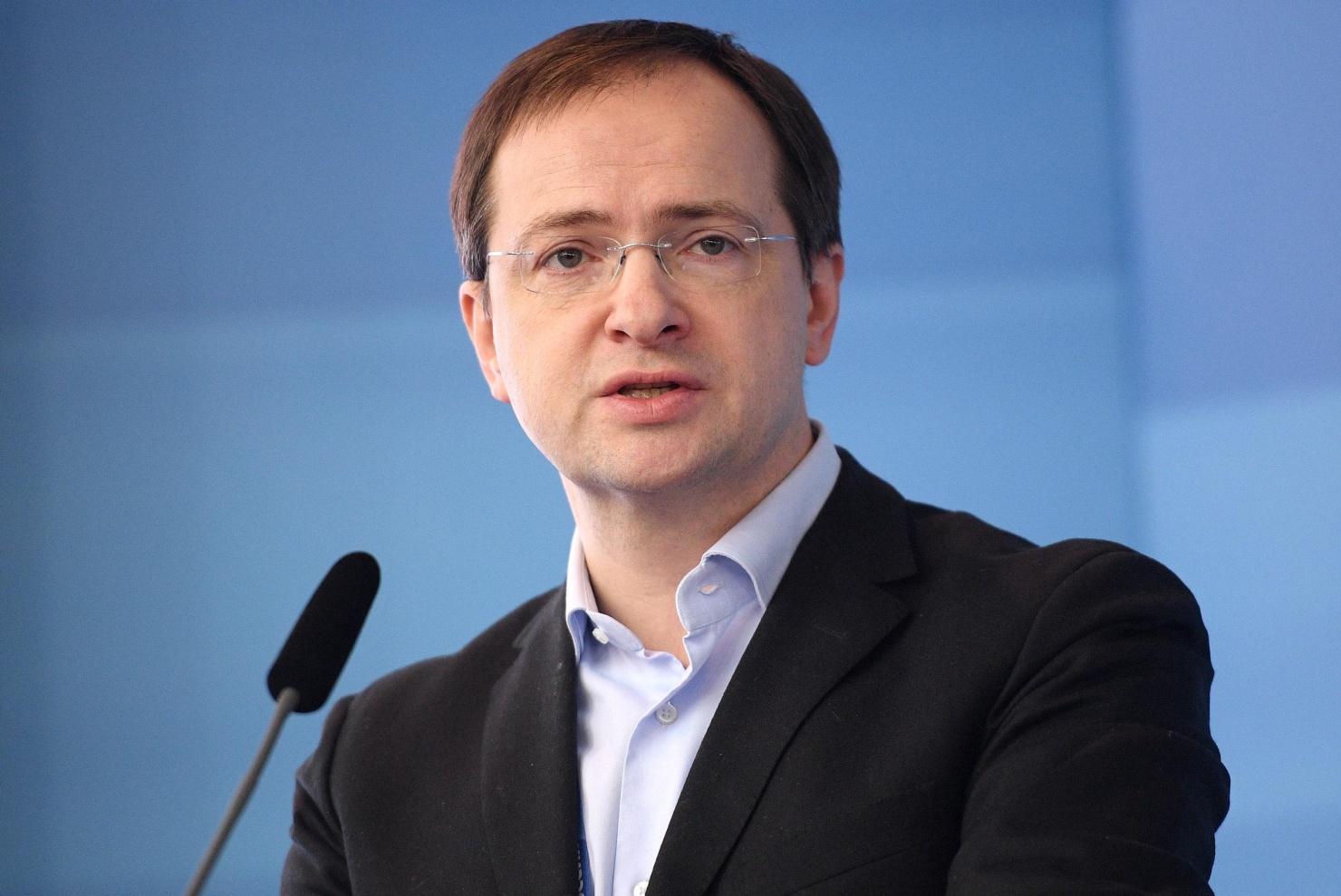 The harsher and more provocative rhetoric comes from the Ukrainian side, the more the "rapprochement of positions" is recorded by Vladimir Medinsky? Photo: RIA Novosti/Ramil

At the same time, the Russian side continues to negotiate with Kiev, to look for a way out of the current situation. Moreover, according to the chief negotiator from the Russian side, Vladimir Medinsky, in this regard, it turns out that there are serious successes: the Ukrainian side seems ready to agree to a nuclear-free status and abandon the unfulfilled dream of joining NATO. So, it seems, despite all the difficulties, Russia will soon celebrate a major foreign policy victory.

At this time, a wave of violence is rising in the world against not just immigrants from our country, but all Russian-speakers in general. We have no doubt that possible reprisals against our compatriots will certainly be an occasion for expressing serious concern to the Russian Foreign Ministry.