The United States is not able to develop new approaches to relations with Venezuela. It was not possible to destroy the country, so you will have to negotiate? Including - with Russia.

According to the correspondent of The Moscow Post, the head of the US State Department (consider the Foreign Ministry) Anthony Blinken erupted into a tirade about the sanctions policy against Venezuela and Nikagarua. According to him, sanctions were not introduced as a permanent tool of American politics, and can be lifted when the policies of the authorities of these states change.

It seems to be nothing new, but this thesis confirms another - the new American Biden administration does not yet have a clear understanding of how and where to go, what from the past, as all the pressure on Venezuela, to leave, and where rhetoric should be softened.

Blinken's frustration is understandable. For many years, the United States struggled, but unsuccessfully sought a change in the government of Venezuela, tried to buy its elite and army, carried out unfriendly operations - including what President Nicolas Maduro once called economic terrorism.

Venezuela is not released

Russia "defends" Venezuela based on several positions at once. Firstly, considerable money was invested in this country, both as investments in the oil industry and simply as state loans. This money can be returned only with stable and predictable relations with the authorities of this country, which clearly will not be the case in the case of the next "color revolution."

Secondly, a purely geopolitical moment that prevents Americans from plunging too much into the affairs of the European continent. But despite Russia's good and almost allied relations with Venezuela, there is no talk of deploying military bases, as, for example, in the case of Ukraine joining NATO, here.

Another important point is Venezuela's relations with China, which the United States is trying to limit as much as possible in access to energy. In November alone, Venezuela exported 15 million barrels of oil to China, and the refineries of the Middle Kingdom became "vital" for the Venezuelan oil industry. Against the background of the recent 25-year agreement on the supply of oil to China from Iran, the rapprochement of China with Venezuela on energy issues does not play into the hands of the States.

The neurotic ambivalence in the actions of the American administration is visible in almost all areas of their foreign policy. It is due to the crisis of power in the United States itself - grandfather Joe is influenced by different groups within the Democratic Party. The gray cardinal is called his vice president Kamala Haris, who is believed to be on a hard line. But such a policy goes against the national interests of the States, therefore it causes opposition.

The result of such uncertainty is clumsy actions. In the situation with Russia - a call for dialogue under new sanctions and militant rhetoric as a whole. In the case of Venezuela, the refusal to forcibly overthrow the authorities, but the maintenance of absolutely illegal economic and political pressure.

Not so long ago, these divergent body movements merged into Blinken's statement about Washington's refusal to overthrow objectionable regimes by military means. About this wrote RBC. According to Secretary of State Blinken, Washington's previous attempts to act in this way have not yielded results, despite peaceful intentions. He said that the United States will promote democratic values ​ ​ with its own example. 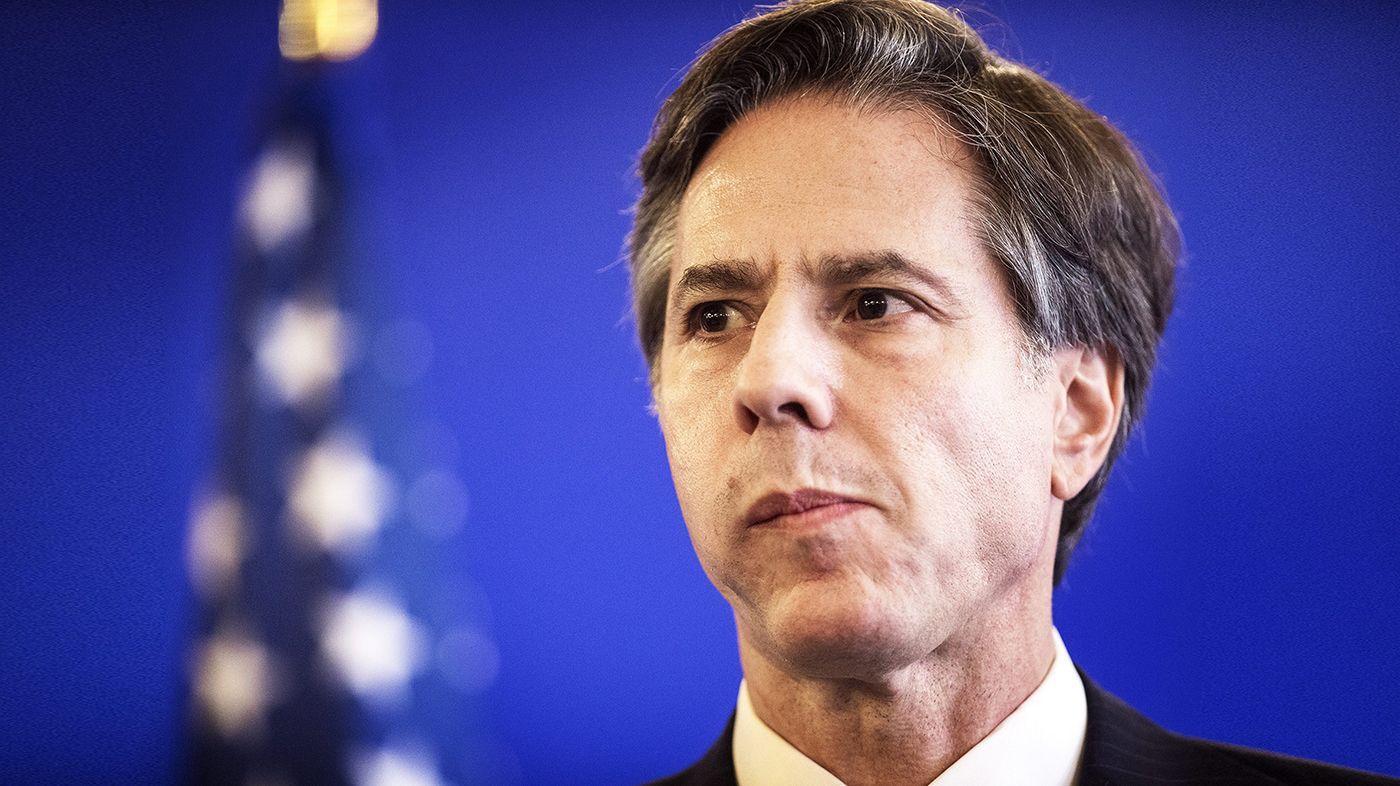 What to do with Venezuela, in the United States do not know. Nothing better than continuing sanctions pressure can come up with

Just think - the "rapist" gives an honest pioneer that he will not rape anymore, and exposes others to ostracism for a slight flirtation with a stranger.

We repeat that Blinken can be understood - in the United States they are disappointed with the complete failure of all policy towards Venezuela. In December 2020, parliamentary elections were held in this country, the result of which clearly upset the Americans. As a result, President Nicolas Maduro returned control of the national assembly.

According to the country's election commission, the Great Patriotic Pole coalition, which is headed by the pro-presidential United Socialist Party of Venezuela, won 67.7% of the vote. But a year earlier, part of the deputies of the Venezuelan National Assembly proclaimed opposition leader Juan Guaido speaker of the country's parliament - he seemed to be re-elected from January 2019, when he first took this post.

Yes, the youngest and most trained lawyer in the United States, Guaido, who was previously relied on by the Trump administration in the hope of removing Maduro from the presidency. This story is still striking.

Recall that against the backdrop of mass protests against President Maduro, the United States did not come up with anything better than to choose a president on its own, and Maduro declared self-proclaimed. And this is after the election, where he won the majority of votes, and the opposition generally refused to take part in them, which tried to disrupt the vote.

Together with the United States, President Guaido was recognized by Germany, Great Britain, Austria, Brazil, Poland, Georgia and many other states.

This happened back in 2017 against the backdrop of protests in Caracas. Then President Maduro announced an attempt at a coup in the country - according to the already run-in scenario. First, elections, the results of which are not recognized by the opposition, then unauthorized mass protests supported by all Western media.

Then - pressure on the administration, and if in a good way they do not understand - blocking the streets, seizing administrative buildings, and then voting in a fearsome parliament in accordance with revolutionary expediency. This was the case in Ukraine, which has since joined the EU and NATO for the eighth year as soon as possible.

And so, in early 2021, the European Union announced that it could no longer legally recognize Venezuelan opposition leader Juan Guaido as the legitimate head of Venezuela after he lost the post of head of parliament. This was reported immediately by representatives of 27 member countries of the bloc, writes Rossiyskaya Gazeta. 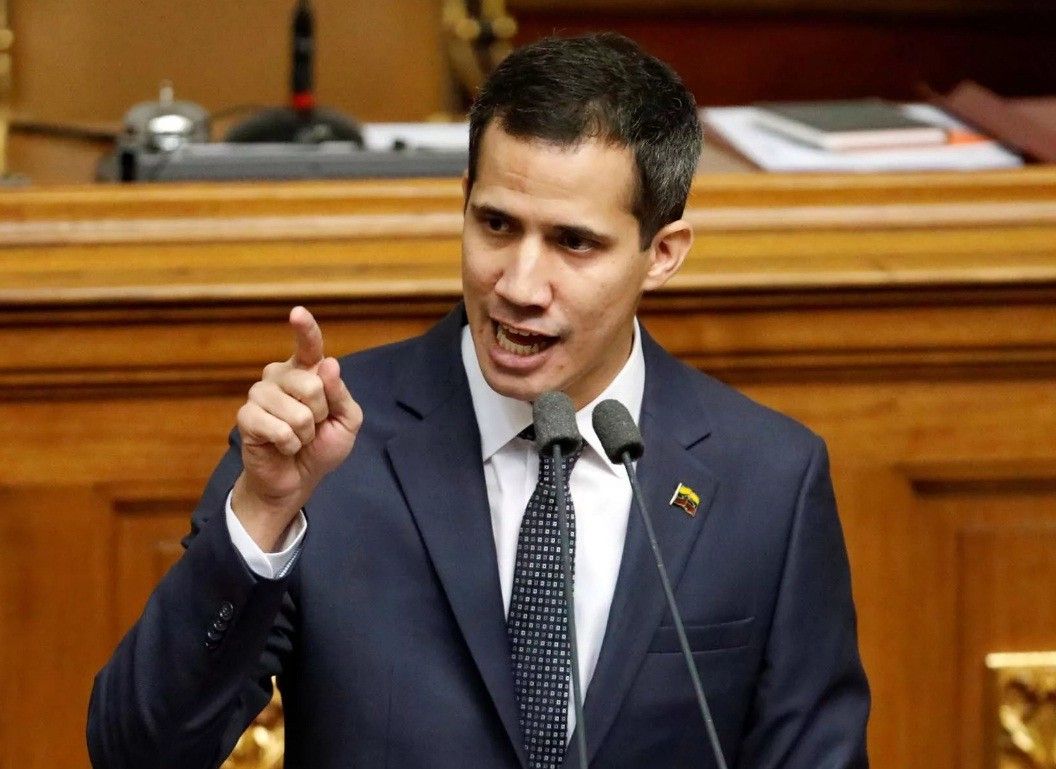 Striking cynicism, first to try to initiate a coup in the country, and then quietly merge the main oppositionist. Exactly the same technology was tried on in Belarus, where Svetlana Tikhanovskaya was nominated for the role of Guaido. It didn't work out there, and everything was forgotten about Tikhanovskaya. As Western partners forgot about the Russian opposition leader Alexei Navalny after the latter was imprisoned. Technologically Navalny - full tracing paper with Guaido. With the difference that Guaido is a real, not a virtual politician, and had experience in parliamentary work.

Nevertheless, the struggle for Venezuela between the Russian Federation and the United States continues. Including, the illegal sanctions policy continues.

At first, the United States and Western countries freeze about $30 billion in Venezuela's accounts, which causes a food and drug crisis - there is simply no currency to buy the right one. Then they completely impose a complete economic blockade of the country, and accuse the Venezuelan authorities of leading the country to collapse.

Nicolas Maduro called such actions economic terrorism in the past, and it is difficult to disagree with it. The words of the Venezuelan leader are quoted by Rossiyskaya Gazeta.

It is this - freezing accounts, as well as sanctions in the oil industry, that remain on the agenda today. And Blinken's statements are another evidence of the end of Pax Americana, evidence of powerlessness and complete insolvency of the policy of interference in the affairs of sovereign states around the world.