Denunciation of an "open land" treaty is a necessary US response to an illegal sanctions policy. But it is much more important that both countries return their ambassadors to the capitals - this means that the dialogue continues.

According to the correspondent of The Moscow Post, Russian Prime Minister Mikhail Mishustin signed a decree denouncing the memorandum between Russia and the United States on "open land," according to which Russian and American diplomats could move across the territory of the two countries over long distances in a notification order.

This measure was announced in April of this year, the day after the 46th US president signed a decree on sanctions against 32 Russian individuals and legal entities, as well as 6 technology companies. Restrictive measures were taken against the backdrop of pressure from the Senate and the US Congress, and from both American parties, on Biden in connection with mythical attacks by Russian hackers on US infrastructure.

More specifically, for supporting the cyber program of Russian special services. At the same time, not a single real evidence was presented that Russian officials are related to cyber attacks. Moreover, not a single evidence was made public that the hackers were in Russia at all.

Another reason for imposing sanctions is again Russia's mythical interference in the US election. This myth has long lived its own life. It is much more a factor in US domestic policy.

At the same time, US sanctions affected mainly the defense sector, which is not surprising. Using as a reason for provocation, which they themselves could arrange, the Americans continue to realize their national interests.

In this case, the reason may be quite formal, and at the same time such vicious practices may not affect the real, "real policy" relations between the two great powers on a number of important world issues, primarily security.

In the United States, this does not cause any dissonance, because the foreign line of the Russian Federation is very pragmatic: they will talk anyway. Yes, but no one prevents Russia from acting in a similar way, following, if not the principle of complete reciprocity, then the principle of adequate, more or less equivalent answers.

The treaty on "open land," just like the treaty on "open skies," was one of the consequences of defusing international relations with the collapse of the Soviet Union. He was an act of good intentions on both sides. In addition, on the part of the United States it was a heavy measure: after all, the new Russia, in their representation, should no longer pose a threat. So, you can go not some kind of transparency.

It turned out, however, as with the limitation of offensive weapons and the control of this process. Where in the Russian Federation Americans were allowed into regime enterprises and almost directly in front of them sawed missiles, in the United States they acted differently. Specialists were not always completely allowed to the facilities, even taking into account bilateral relations. And the missiles, in fact, were simply dismantled and stored, which, in fact, was a violation of the agreements. But then the Russian Federation was too weak to be taken seriously - we are talking about the 90s.

Today, the latest measures of the American administration are largely dictated by the domestic political situation and powerful anti-Russian narratives in the American establishment. Biden is forced to maneuver between hawks and a more sane part of the elite. Throwing a bone alone, he does not seek confrontation with the Russian Federation on all fronts.

Similarly, a measure to repeal the agreement on the free movement of diplomats. On the one hand - this is nonsense, this has not happened since the Cold War. On the other hand, this does not have real consequences for bilateral relations - trust has been lost both without this and for a long time.

In addition, it must be noted that Biden turned out to be a much more adequate and less axed leader than the same Donald Trump. Remember how both of them were represented in the mass consciousness of Russian citizens. Trump was considered more pro-Russian - supposedly, there were much more opportunities to negotiate with him. And Biden seemed to represent a tougher line towards the Russian Federation.

But in reality, everything turned out to be the opposite. Biden was forced to play an anti-Russian card based on the same internal considerations. But he was much more moderate. He imposed sanctions, but they were nominal in nature - even when it came to Russian sovereign debt. He criticized Nord Stream-2, but exchanged it for good relations with Germany.

Baden was previously one of the main authors of the Ukrainian coup. And at the same time, already in the status of head of state, he did not send clear "anti-Russian signals" to Kiev and aggravate the situation with the Ukrainian crisis on the American side. He did not pedal the topic of the entry of the Russian Federation into NATO, against which France and Germany are ready to lie with their bones.

In the end, he himself called Putin and offered to meet. These signals in the Kremlin are perfectly visible - just as they see hostile actions dictated by various circumstances. And they are also answered.

Now on the agenda is a meeting of two leaders, Vladimir Putin and Joe Biden, in Geneva. No one expects serious breakthroughs from her, but they expect the start of a dialogue between the countries to return to a calm course. Our countries have common interests, and there are many of them. Biden desperately needs Russia's help in solving the problem of Iran's nuclear program, a further settlement in Syria.

An important issue will be Afghanistan and Iraq, from where the Americans under Biden, by the way, finally come out. The chaos they left behind will have to deal with Russia one way or another. And the States themselves are vitally interested in ensuring that this crisis does not spread further - only they cannot really do anything.

A pressing topic will be relations in the inner circle of Russia. First of all, the Belarusian topic, where there was no blitzkrieg, as with Ukraine. Moreover, experts are deeply convinced that the topic of Belarus will sound much more and louder than the topic of the same Ukraine.

And, of course, the most important item of the program (not counting arms limitation issues) is China. It is this factor that pushes Biden to a more pragmatic and balanced policy towards the Russian Federation. Pushing our country to work more closely with China, the United States seems to be reducing the time on the timer on a bomb that will explode under their feet sooner or later.

In the sense that the confrontation with China carries huge risks for the States, as for a weakening power, which has already lost its status as a hegemon. But China's alliance with Russia will finally push the United States into second roles in the geopolitical situation. And neither a giant army of 11 aircraft carriers nor a high-tech economy will help - still, the alignment will not be much in favor of the "Yankee." 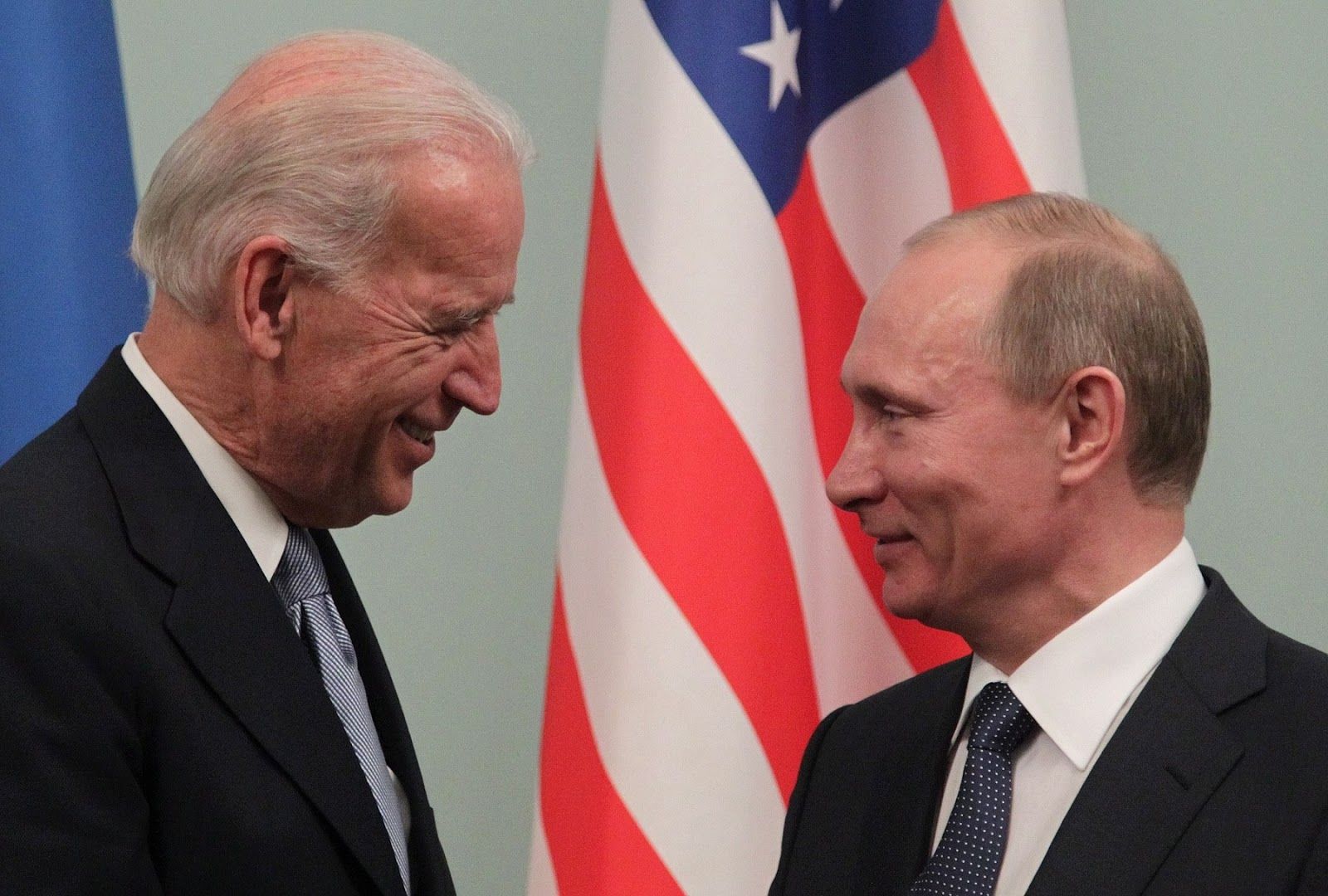 Despite the mutual sanctions dive, both sides regularly send signals of readiness for a substantive and mutually beneficial dialogue

Thus, the denunciation of the Russian Federation's open land agreement, albeit a rather significant and significant step, will not have a serious impact on the alignment of forces and means in anticipation of the summit of the two leaders.

But there is another signal on the eve of this meeting - more significant. Literally at these moments it became known that the American ambassador John Sullivan would return to Russia in the near future. The Russian ambassador will also return to the United States - however, this may not be Anatoly Antonov, who did not leave from there.

But the main thing is that countries return to dialogue, this will is clearly traced. And given that there is a lot to talk about - they will definitely agree on something.