The will to live influenced Russophobia. America has softened the rhetoric about cooperation with Russia in the field of limiting offensive nuclear weapons.

As the correspondent of The Moscow Post reports, The United States intends to offer Russia to extend the START-3 (Strategic Arms Reduction Treaty) for another five years. This was stated by the press secretary of the new US President Joe Biden, known to the Russians for a whole series of jokes, blunders and pearls Jen Psaki. She added, however, that she did not know whether there was an official notification about this to the Russian authorities.

The fact that the Biden administration suddenly started talking about START on the first day of its chief's cadence is extremely significant. Against the background of a large-scale witch hunt and the search for a Russian trace in everything, the American establishment does not resemble a "madman with a grenade". However, the comparison is not quite correct - after all, not only does he have a "grenade", but also his adequate neighbour, and in the case feeling danger from the "inadequate" – the neighbour will not stand on ceremony.

The essence of the Treaty is simple - to limit the number of nuclear offensive weapons on both sides. A specific START-3 was signed by the Presidents of Russia and the United States, Dmitry Medvedev and Barack Obama, on April 8, 2010. The document entered into force in February 2011 and expires in 2021.

It involves reducing nuclear warheads in the arsenals of Russia and the United States to 1,550 units, intercontinental ballistic missiles, submarine-launched ballistic missiles and heavy bombers — to 700 units.

The fact that the United States does not intend to extend it, was announced by the 45th US President Donald Trump, causing confusion around the world. Despite the fact that the Russian Federation is able to ensure its security even without START, this is the last document limiting the military power of the two nuclear-weapon states - the legacy of the so-called "detente".

After that, Donald Trump slightly changed his rhetoric, and allowed the extension of the Treaty. However, he demanded to edit it in order to strictly define the steps to verify its implementation, to include all nuclear warheads there and to include PRC them in the agreement.

As we know, Trump tried to attribute some ties with Russia. Some even considered him a puppet of Putin, which caused laughter from the public, at least a little familiar with the political realities of Russia and the United States. But Mr. Biden, who conducted his election campaign in contrast to Trump, could not allow himself such moves.

Trying to distance himself as much as possible from everything related to Trump (including the ridiculous accusations of his work in the interests of the Kremlin), he did not even allow the thought of cooperation in the field of security. As TASS wrote, he indicated that he considered Russia the main threat to the United States in the international arena.

In this logic, the extension of the Treaty, as at least some guarantee of good intentions in the military sphere among both powers, would be logical. But not for the modern United States, which is up to its ears in anti-Russian hysteria. What is happening in the United States today is not difficult to consider as paranoia.

Today, the most high-profile acts of the anti-Russian performance were the investigation of hacker attacks, as well as the possible involvement of Russia (what can be said, Putin personally!) to the riots in the Capitol on January 6. Even the most furious Russophobes in the United States could not even imagine that the "Russian trace" would be found even there.

Recall that on January 6, a crowd of Trump supporters broke into the Capitol to prevent the approval of the results of the presidential election. More than 74 million votes cast for Trump were simply "scrapped", deprived of all constitutional opportunities and rights to challenge the results. More than 50 of the 54 lawsuits filed on the grounds of violations were not even considered. This is the modern American democracy.

And now, the failed "president" of the United States, Hillary Clinton, has already begun to look for the evil will of the darkest Vladimir Vladimirovich Putin in the attack on the Capitol. Trying to distract the country from its own problems, she said, allegedly, Trump had communicated with someone before the riots occurred. Is it not Putin? We need to check it out! Isn't that a joke?

She was echoed by the Speaker of the US House of Representatives, Nancy Pelosi, who is known to the general public for, probably, in a not quite adequate state of consciousness, tearing up the sheets with Trump's speech in the House, standing behind him. "I don’t know what Putin has on him (on Trump, this means compromising material – editor’s note) politically, financially or personally, but what happened last week was a gift to Putin," she said in response to Hillary's "speech". Her words are quoted by Gazeta.ru. 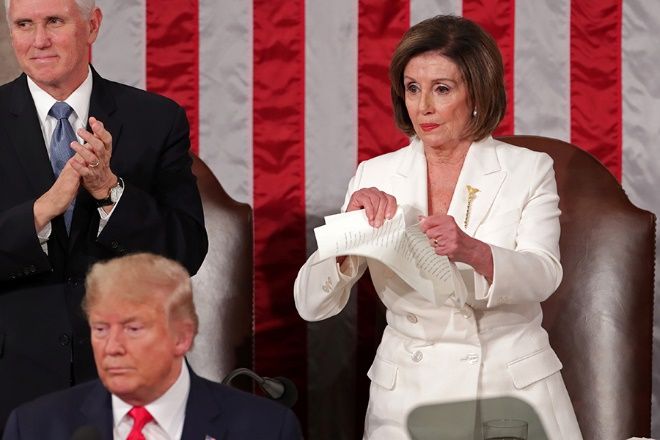 Nancy Pelosi – the new face of Russophobia in the American establishment

At the same time, the United States is developing a history of hacker attacks on infrastructure - a number of ministries and companies in the country. Of course, even before the investigation was carried out, the "guilty" was already found on the other side of the ocean.

The attack, if there was one, took place in December last year. The Ministry of Finance, the National Telecommunications Administration, and other agencies fell under it. The media reported that Moscow was behind the hackers from the APT29 group (also known as Cozy Bear). Later, the US Attorney General announced Russia's involvement in the incident.

Trump, however, suggested that China was behind the hack. For which he was criticized by the Democrats. Pelosi even descended into outright insults, calling Trump "a complete tool of Putin" for refusing to believe in cheap conspiracy theory and calling for an understanding of the situation on the merits. Of course, no evidence on the December events was ever presented, and the charges were rejected in Moscow.

Another point of tension in recent days was the situation at the Russian Consulate in Washington. It turned out that all the last months there is no fax communication - 30 telephone lines were out of order at once. Russia sent a note of protest. It seems that problems are not eliminated based on this American technocommercial intentionally. They mess, but in a small way. Does it not work in a large way yet?

Not to say that at all. Another sticking point is the long-playing one. This is the construction of the Nord Stream-2, which is almost finished. However, since January 1, sanctions against companies involved in the project have come into force. These sanctions were accepted by Trump, but Biden has repeatedly stated his intention to put pressure on Moscow in an attempt to force it to abandon the project that is beneficial for the whole of Europe.

As a result, Gazprom started talking about a possible complete termination of the project, as Moskovsky Komsomolets wrote about it. But it is too early to be happy with American suppliers of shale gas. Construction is still underway - only about 30 km of the pipeline remains to be laid.

In the context of recent events, it is impossible not to recall the withdrawal of Russia and the United States from the Treaty on Open Skies. Russia withdrew from it a couple of days ago, and the United States under a far-fetched pretext - back in November 2020. Biden is in no hurry to reverse this decision of Trump. But, given the news about START, his opinion may change.

Is fear a factor of mutual survival?

Why did the Biden administration back down amid accusations of Russia's sins and pressure on all points? The answer is very simple - fear. Such states understand only the language of force - until they themselves are on an equal footing with their opponents.

No matter how strong the American hysteria is, the top military and political leadership understands that Russia has such a nuclear potential that it is extremely inappropriate to play political toys and make faces in such a situation.

It is enough to say that modern examples of Russian weapons, such monsters as Sarmat, Avangard, Poseidon, as well as Zircon, Kinzhal, Oniks and other hypersonic weapons — can open the air defense of the United States, like a tin. The United States is not confident in this issue, so against the background of attempts to repress the Russian Federation, they have no choice but to try to be safe whereit is possible. And they do. 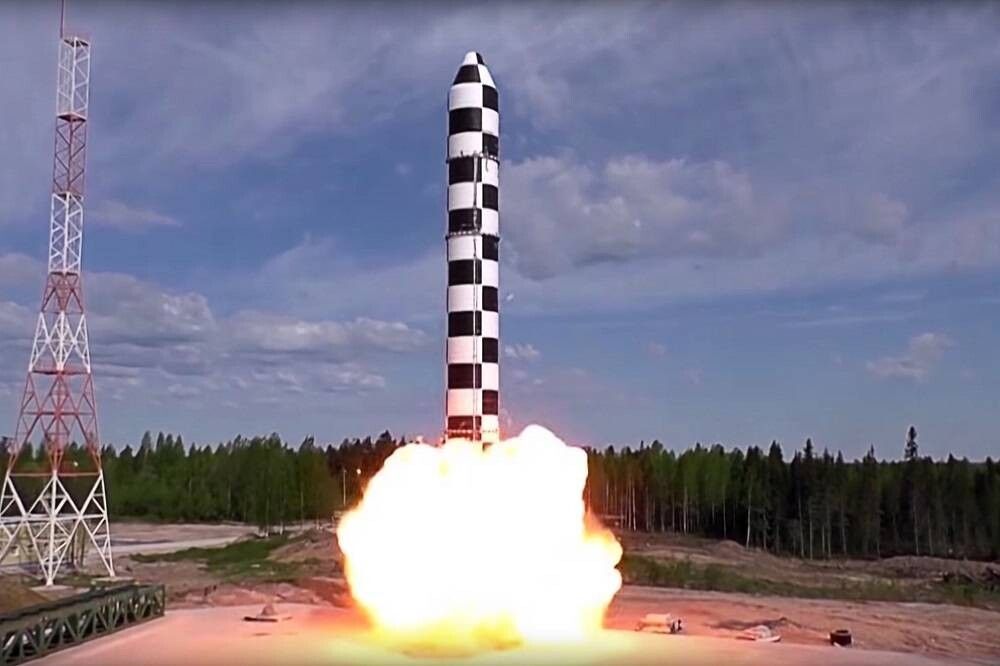 The hundred-ton Sarmat had a sobering effect on the Biden administration.

And this is another answer to those narrow-minded compatriots who believe that it is not necessary to develop nuclear forces, that the military-political component in international politics is losing its weight. No, it doesn't lose, it gains. And, God willing, the cooperation of the Russian Federation and the United States on START will lead to a new "detente", will give an impetus to the normalization of relations on other "points" direction.