The abrupt US withdrawal from Afghanistan and the refusal of military assistance to the country's government could be the result of secret agreements with the Pakistani authorities to enlist their support in the fight against China.

Kabul has fallen. This happened almost as soon as President Ashraf Ghani left the country on a plane. Representatives of the Taliban movement (a terrorist organization banned in Russia) occupied the presidential palace and fully ensured control over the capital and the suburbs. Afghanistan has completely come under Taliban control. How this happened, and how the situation can develop further, the correspondent of The Moscow Post understood.

The city surrendered almost without a fight. Almost the entire administrative and managerial apparatus, representatives of law enforcement agencies, police, customs, and courts fled for the Americans. Those who managed.

And not everyone managed to. Many were still under the illusion that the US would at least partially fulfill its promises to support government forces from the air. This was supposed to slow down the Taliban advance. But no air support happened. A week ago, an airstrike on Taliban forces in the Afghan province of Jauzjan, where about 200 militants and a huge number of civilians died, the United States stopped air operations. 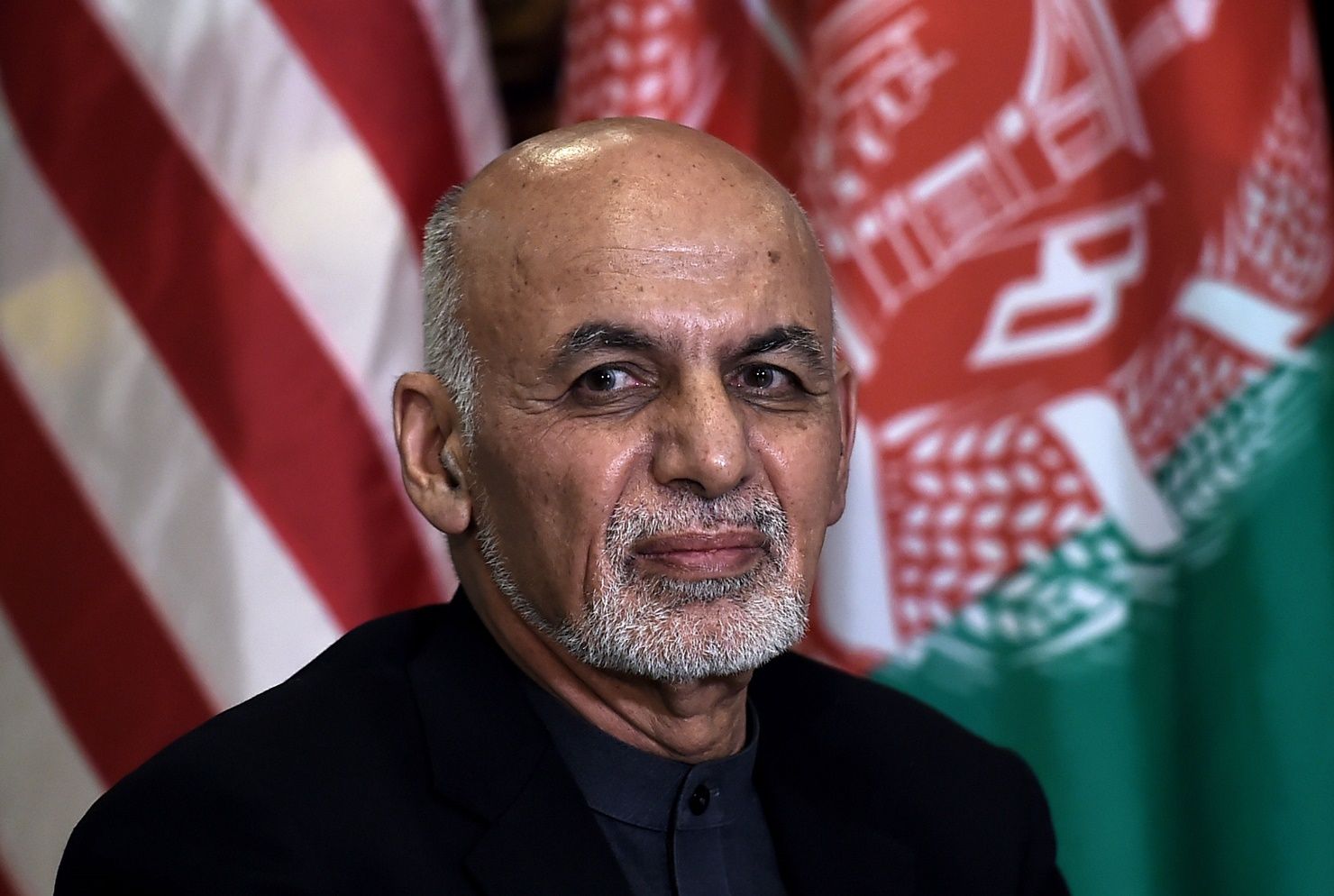 President Ashraf Ghani, who relied on the Americans, fled the country

But there is no fighting - they will be allowed to leave the country. Also, representatives of the movement have already guaranteed safety for the diplomatic mission of other countries, including Russia.

The fall of Kabul was a foregone conclusion, and still came as a shock. A week ago, American officials reported that they were forced to reconsider the strategy for withdrawing troops from Afghanistan. It was expected that the capture of the capital would occur no earlier than three months later. A week ago, forecasts were given for a month.

Skeptics said that it would be possible to take Kabul in just a couple of weeks. It was last Friday, August 13th. The capital was captured two days later. Over the previous few days, the Taliban captured other major cities in the country, including Kandahar and Herat.

The lightning-fast capture of Kabul amid the shameful flight of the United States was a real shock. Even being a foregone conclusion, no one believed that after 20 years of mission and half a trillion dollars (the cost of the operation), the Americans, fleeing, would abandon absolutely everyone - Afghan military and civilian specialists, agents, human rights organizations, women who, under the auspices of the United States, fought for their rights. Such a shameful outcome made a "splash" even in the ranks of anti-American analysts.

What awaits the world next? All of them argue in one voice - nothing good. The Taliban's claims that they are not aimed at expanding to other countries look unconvincing. This movement is based on Islamic fundamentalism. It is never geographically limited - its very essence, purpose, meaning - in expansion. According to an Israeli expert, military analyst Yakov Kedmi, the question is not whether the Taliban will continue to expand, but how soon this will happen.

According to numerous Western media sources, in Kabul, and indeed all of Afghanistan, Americans and NATO simply hate. They left to their fate entire networks of civil organizations, advisers, civil activists. There has not been such a powerful blow to the reputation of the States since the latter left Vietnam.

As there and in other similar cases, the situation developed in a similar way. At some point, the Americans, pressing on with promises to ensure security, simply abandon their allies to their fate. The opposite side (in this case, the Taliban) quickly takes over, the massacre begins, and the States express concern about the increase in violence.

The Taliban have already announced their intention to recreate the Islamic Emirate of Afghanistan. This was the name of a partially recognized state in Afghanistan under the control of the Taliban in 1996-2001. On its territory, Sharia law was in force, as well as the socio-economic model of the movement, in the center of which are nominally the ideas of social justice.

Meanwhile, the actions of Americans, which are difficult to perceive otherwise than betrayal, have already raised many questions and curveballs. The point is how quickly and unconditionally the States threw Afghanistan into the hands of the Taliban.

According to a number of sources, this could not be accidental. One version is that Afghanistan was actually exchanged for any benefits from relations with Pakistan. Let's explain to readers that Pakistan is the state where the Taliban originated. More precisely, he was raised, trained and armed by the American and Pakistani intelligence services for the sole purpose of destabilizing the situation in Indian Kashmir.

Later, the Taliban was reoriented and transferred to Afghanistan to war with Soviet troops. He was successively armed, trained, pumped with money. Families, businesses, many Taliban training bases are located in Pakistan. The goal is to enlist Pakistan's support in the fight against China.

That is, there is a possibility that the Americans practically put the country under the proxy protectorate of Pakistan - with the only difference being that the Taliban are generally difficult to govern. If this is true, then the US flight from the country is not just cowardice and utter failure, but also the deepest geopolitical meanness and even more irresponsible adventure than supporting radical "democratic" Islamists in Syria.

Russia has already stated that it is ready for negotiations with the Taliban. However, this is a long-standing constructive position - there is no point in aggravating relations now. Meanwhile, according to another source, allegedly an unspoken agreement was reached between the countries of the region and Russia to deter the Taliban. Namely, Tajikistan fell into its sphere of activity, which our country must cover in terms of security. In Uzbekistan (Ghani fled there), an army stands on the border, and the same Pakistan does not need protection.

Very soon, Islamists are activating work in the countries of Central Asia. She's not a relatively distant Syria around here. How the situation will develop further is difficult to predict. But analysts agree on one thing: the entire region is waiting for difficult times, a humanitarian crisis and the continuation of bloodshed. 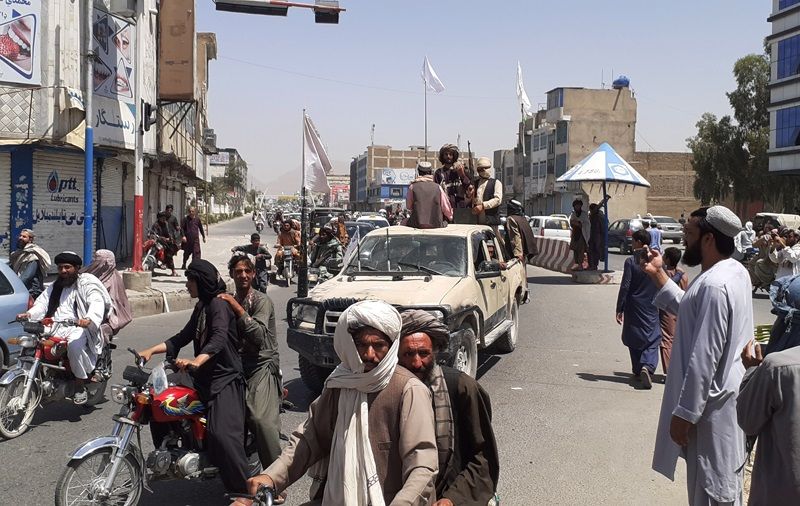 The Taliban occupied Kabul with almost no shots fired. This is the result of 20 years of US presence in Afghanistan

It's clear and different. The Americans brewed porridge, which the world will loom for a very long time. And certainly now no one will ever believe the exhortations and promises of the "democratisers." And Ghani, who fled to Uzbekistan, will be a living reminder of how the American geopolitical games end for those who ultimately do not get a place on the plane during the evacuation of the American embassy.

In the case of the defeat of Iraq, the United States used the military doctrine of "shock and awe" (named after the military operation of the same name in this country). It is based on the concept of "rapid achievement of predominance." Thus, we again saw the implementation of this doctrine, only on the contrary - in relation to the Americans themselves and their allies. And for the world there is nothing good in this.