To protect his national interests, Alexander Lukashenko has less and less space for maneuver - will it not be possible to save the country without Russia?

According to the correspondent of The Moscow Post, the somewhat unexpected visit of President of Belarus Alexander Lukashenko to Russia to meet with Vladimir Putin ended. The meeting took place in St. Petersburg, and was short-lived, but the situation around Belarus in recent days has made it necessary.

Belarus has retained all traditional economic and cooperative ties with Russia, and thanks to this country it is possible to withstand the sanctions announced by the West in the current conditions. This was stated by President of Belarus Alexander Lukashenko. At the same time, the process of creating a government of national unity and constitutional reform, in which Vladimir Putin expressed interest, is still frankly stalling. But not this situation became the central topic of the meeting.

The fraternal republic continues to be under tremendous pressure from Europe and the United States. A few days ago, the US administration banned American aircraft from flying through the territory of Belarus. The ban is formal, previously appropriate restrictions have already been introduced. The fact itself is important here, the gesture - Biden shows that they do not intend to soften their position.

According to Alexander Lukashenko, the meeting with Putin was mainly about the economy. Experts interpret this statement unequivocally - Lukashenko came to ask for money. The Belarusian leader deftly plays on the tension in international relations, trying to convert it to the maximum in support of Russia. At the same time, he is in no hurry to integrate within the framework of the common Union State, the topic of which, of course, was also discussed by the two presidents.

In Europe, Lukashenko's visit to St. Petersburg was closely watched. Now in the eastern part of the EU panic - a deep migration crisis is planned. In the first, Lithuania faced a similar thing in its history. Over the past week, border guards on the Belarusian-Lithuanian border detain hundreds of refugees from Asia, Africa and the Middle East every day, seeking to break into Lithuania at any cost. Poland also reports the detention of a large number of illegal immigrants.

The neighbors of Belarus in this situation strengthen the borders: Lithuanians began to build a wall of barbed wire. Apparently, they took advantage of the rich experience of their closest allies and associates from Ukraine, where a similar idea was proposed in 2014 by the Prime Minister of Ukraine Arseniy Yatsenyuk.

Today, the holder of a million dollar-equivalent fortune, Yatsenyuk, has long lived in the United States, from where he does not tire of giving advice on countering Russian aggression. The wall on the border with Russia, which Yatsenyuk proposed to build, really appeared. 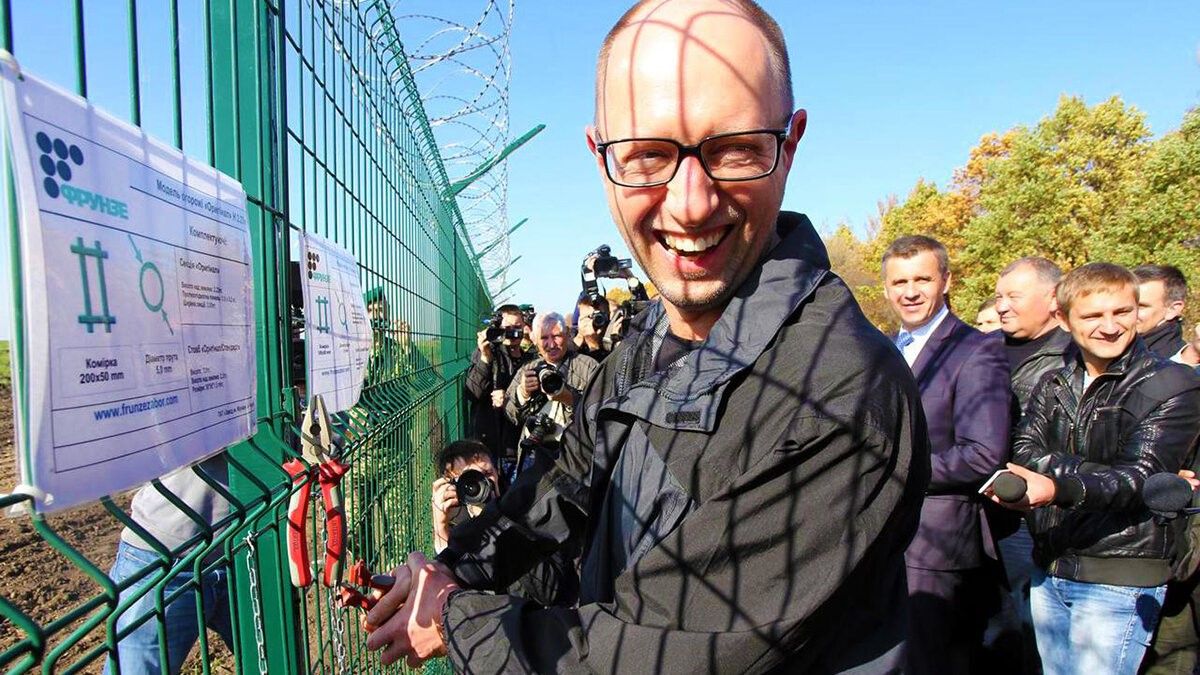 But not everywhere, but only in some areas, and for a huge cost. The project was banally stolen, and funds for it were received under the pretext of the approaching hordes of East Mordor. These horde, as you know, did not turn out, so the topic with the wall, as well as theft on this project, quickly subsided in Ukraine.

In the case of Lithuania and other EU countries, the flow of migrants does not dry up. Compared to the previous year, their flow increased 15 times. Lithuania blames Belarus and Alexander Lukashenko personally for what has been happening, which for all recent years has been the very wall - the real one - that has kept migrant flows (mainly from the Middle East) to the EU countries.

Since the beginning of the year, over 1.6 thousand illegal migrants have been detained on the Lithuanian-Belarusian border. Only illegal. The flow of legal refugees is estimated at tens of thousands. In this situation, it is very strange that European countries, first of all, the Baltic states expect from Lukashenko decisive actions to curb this flow.

Belarus is under illegal EU sanctions, the last batch of which was introduced due to an incident with a Ryanair plane that made an emergency landing in Minsk. Then the Belarusian oppositionist Roman Protasevich, the former editor of the Nexta channel telegrams, was removed from the flight.

The last in the EU is considered a political prisoner. Given the role of Europe in rocking Belarusian protests, the nervous reaction is understandable, because Protasevich, not wanting to sit behind bars for 15 years, immediately began to cooperate with the investigation. Now he has not been in jail for a long time, but under house arrest. He assures that torture and other severe pressure were not applied to him, he has already given several interviews.

Now Protasevich keeps his new Twitter and Instagram accounts, where he talks about his life in house arrest. But, of course, since Protasevich says things unpleasant for the opposition, shows their internal contradictions and foreign financing, his words in the West are considered disingenuous.

The situation was used to further pressure Belarus. At the same time, Svetlana Tikhanovskaya, the main Belarusian opposition politician in the eyes of the West, is hiding in Lithuania. So much so that through her misadventures they are trying to delegitimize Lukashenko himself. Tikhanovskaya meets with leaders of EU countries. In this case, it is logical if it is Tikhanovskaya who will be asked to tighten the permit regime for migrants on the Belarusian border. True, it is doubtful that Ms. Tikhanovskaya will be able to satisfy this request.

Vilnius believes that it is official Minsk that purposefully uses foreigners as a "hybrid weapon" against the EU as revenge for economic sanctions due to the incident with the forced landing of the Ryanair aircraft, as well as for suppressing protests in August 2020. Striking hypocrisy and an attempt to push your problems onto someone else's head. Problems that were the result of their own completely short-sighted (no longer speaking, illegal) policy.

Political experts are still lost in guessing whether this line was worked out in advance, or whether it has become an expromate - the actions of the same Baltic countries are so clumsy and unconvincing. Now the problems are not only with the aircraft of their airlines, forced to fly around Belarus, and with migrants, but also with the transit of goods through the territory of the Republic of Belarus to the EU.

That is, where the EU considers it necessary, he plays pressure. And when he receives an adequate answer, he accuses Belarus of aggression. The same move was made by Ukraine in 2014, when the Russian Federation closed the free trade zone for it, which the Russian authorities have repeatedly warned about. Having entered the free trade zone with the EU, Ukraine apparently hoped that Russia would continue to sponsor its economy - and this is against the backdrop of an anti-Russian company deployed in the country. It did not work, and Russia's absolutely legitimate actions were presented as economic aggression.

A similar reluctance to take responsibility for their own actions is seen in Europe. And no one will ever let Ukraine into the EU for these reasons. Ukraine forms a front of scandalists with Poland and the Baltic countries, who will try to impose their will on Brussels.

This is happening now, but joining the process of a 40 million state in the center of Europe will create huge problems for the center of power in Berlin. No one will take such a step, especially given the unpredictability of the Kiev regime. What predictability can we talk about if the president does not control the power unit, and the radicals write offensive statements against him right on the building of his office?

The case with Belarus turned out to be one of the loudest failures of EU foreign policy in recent years. Instead of balancing Europe with Russia as before, Lukashenko had no options other than further integration with Russia. 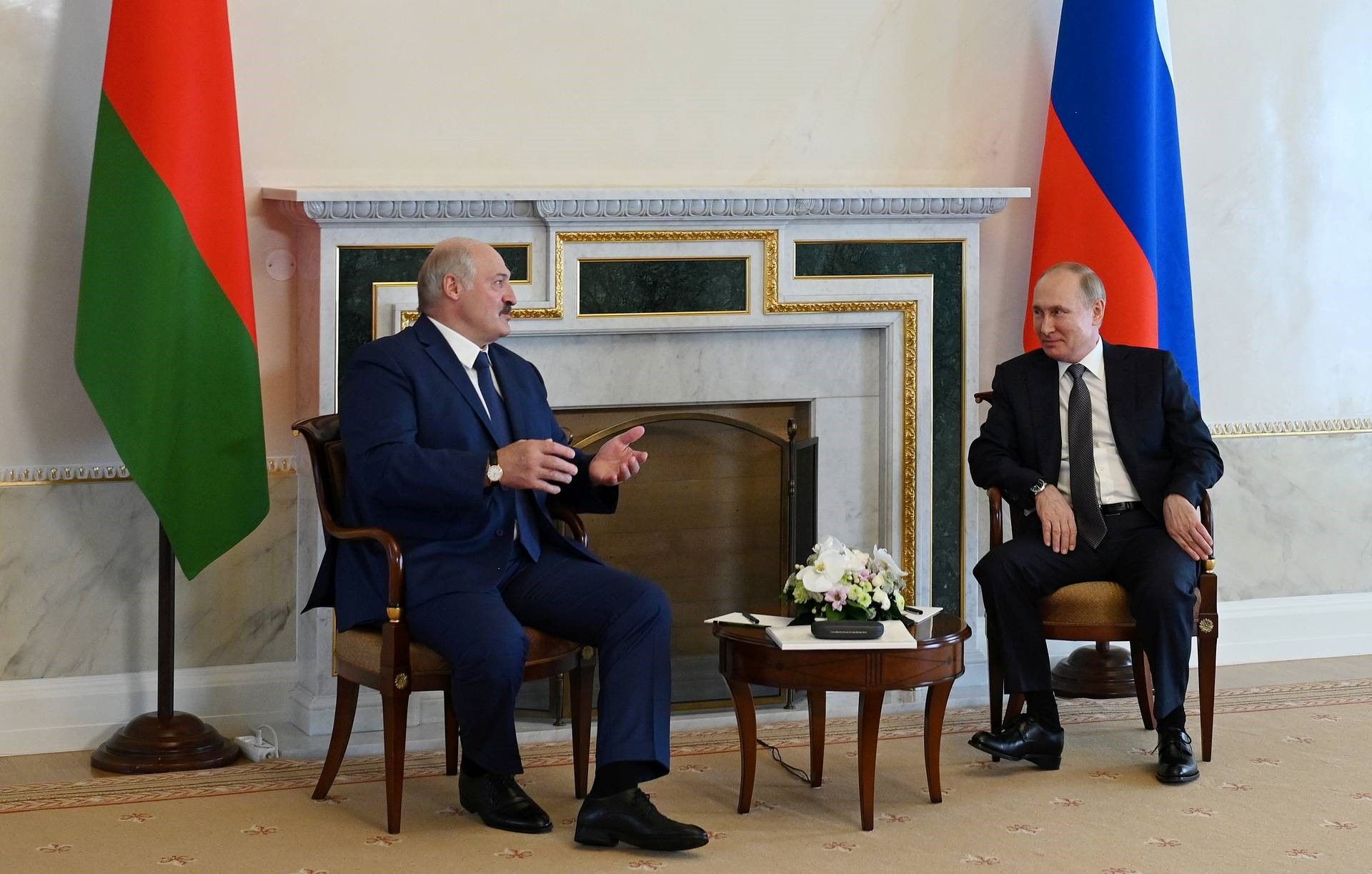 And the same Europe gave Lukashenko reinforced concrete arguments for requests for economic assistance from the Russian budget - even in the form of loans. No one is in a hurry to return them, and Father is increasingly dependent on Vladimir Putin's line in foreign matters.

Paradoxically, the disruption of the coup attempt and the pressure on Lukashenko played in favor of Russia, even if the Belarusian president is increasingly acting as a solicitor. The bet on Tikhanovskaya turned into new problems for the EU, and did not play. Exactly the same situation was in Venezuela with Juan Guaido. With the only difference that Guaido is really a politician, he has experience in parliamentary work. While the main experience of Svetlana Tikhanovskaya is associated with the management of a personal household.