Avakovsky ran: the alleged $28 million ex-head of the Ministry of Internal Affairs of Ukraine detained at customs

While Ukrainian criminals, fearing retaliation, are fleeing the country, their patrons in the West are sawing a bitch on which they are sitting. Have the inviolability of private property and the protection of human rights turned out to be propaganda myths?

According to the correspondent of The Moscow Post, Ukrainian border guards detained the wife of the former people's deputy of the Verkhovna Rada of Ukraine Igor Kotvitsky. Against the background of the special operation of Russia and the complete collapse of Ukrainian state institutions, she tried to remove $28 million and $1.3 million euros from the country.

Igor Kotvitsky is not just a former politician who went into circulation. He is called one of the closest associates and even wallets of the former Minister of Internal Affairs of Ukraine Arsen Avakov. Avakov is one of the key Ukrainian politicians.

It was he who was behind the creation and arming of many nationalist battalions of Ukraine back in 2014, actively supported the coup d'etat, and then launched mass repressions in the country against those who disagreed with the country's new political course.

Now that mobilization has been announced in Ukraine, and the forces of the DPR and LPR, together with Russian colleagues, are displacing Ukrainian radicals from Donbass, Avakov's entourage flees the country in fear of being held responsible for their crimes.

Meanwhile, there is a rumor on the Web that she stopped Kotvitsky's wife not at all Ukrainian, but Hungarian customs. And who will be surprised, given what extensive connections Mr. Avakov should have remained in the Ministry of Internal Affairs. In any case, the money was seized, and a huge scandal rose in the media space, which also hit Avakov.

It is believed that the $28 million that Kotvitsky's wife took from him allegedly belonged to Avakov himself, who had been doing business with him for many years. It would be nice to recall the story when in 2012, under strange circumstances, Kotvitsky and Avakov's colleague at Investor Alexander Motylevsky committed suicide. 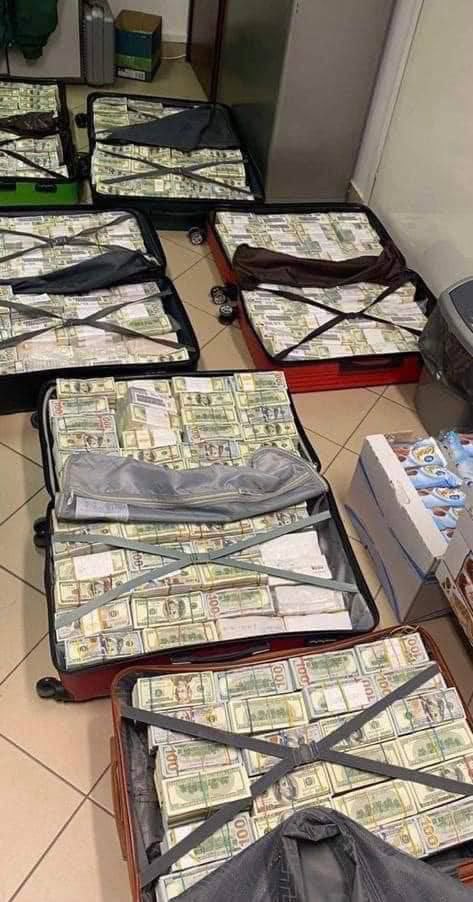 The funds that customs officers seized from the wife of Igor Kotvitsky. Photo: t.me/kuraifutlar

According to the authors of the site "Skelet.Info," allegedly in his suicide note Motylevsky mentioned them in a very unflattering light, indirectly accusing them, and some other figures of "inhuman" behavior and numerous frames of their own colleagues.

After there was the Maidan, the massacres that went unpunished under Avakov, even later - the civil war in the Donbass and the rampant neo-Nazi groups.

And we are much more interested in this particular track. After all, Arsen Avakov, his ex-deputy Anton Gerashchenko, former defense minister Anatoly Gritsenko, as well as the "bloody pastor" Alexander Turchinov and the former governor of the Dnipropetrovsk region Igor Kolomoisky are accused by the Investigative Committee of Russia of calling for terrorist activities in the territory of the LDPR. By decision of the Russian court, Avakov was arrested in absentia, the Life newspaper writes about this. 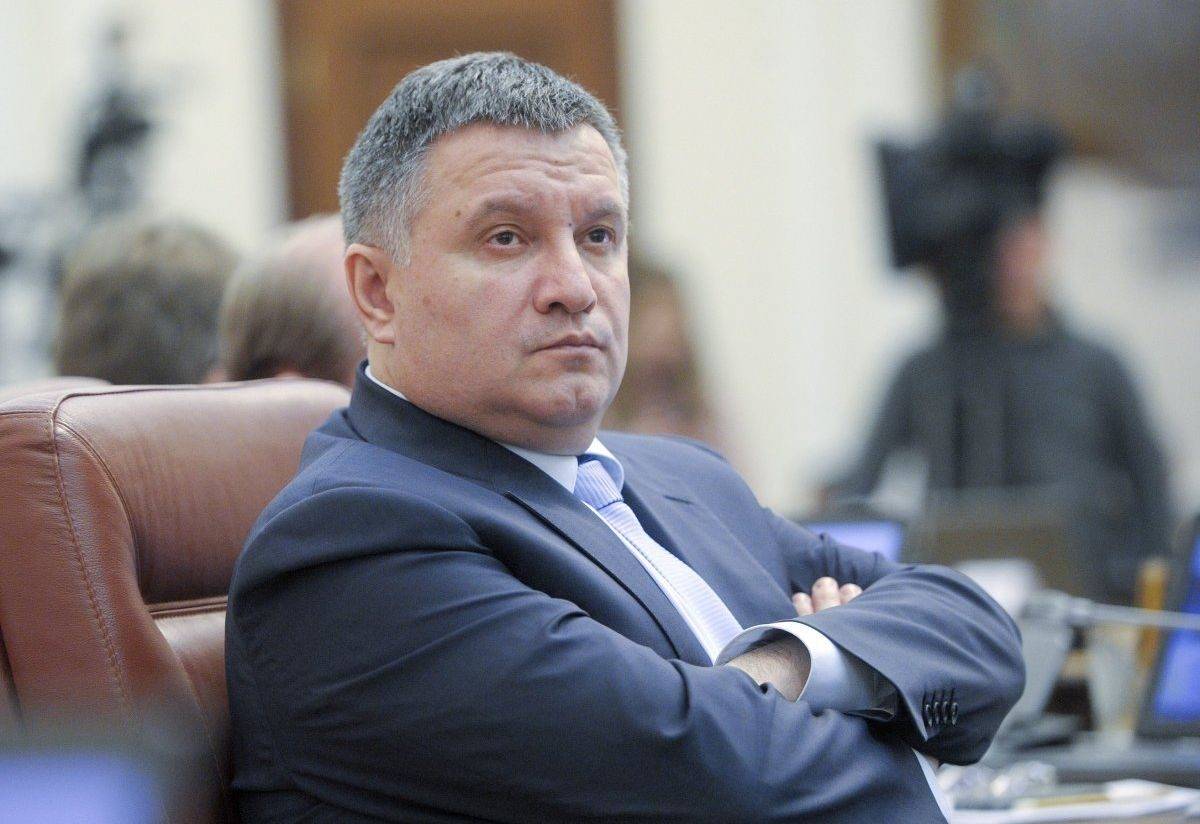 Arsen Avakov – one of the most odious Ukrainian politicians, one of ideologists and organizers of notorious nationalist battalions. Photo: politobzor.net

But you shouldn't wait for condemnation and investigation of possible crimes of mister Avakov in the West. There to all this close eyes – and for eight years of firings of Donbass, and to tortures of people, and to political murders in the center of Kiev. "It is possible for them".

The most ridiculous that mister Avakov was under investigation and at himself in Ukraine. In 2020 the National anti-corruption bureau of Ukraine opened criminal proceedings upon the possible abuses of Avakov and the former head of National bank Valeria Hontareva connected with illegal taking in 62 million euros on the accounts of CityCommerce Bank opened in the Austrian Meinl Bank Aktiengeselschaft. Writes Lenta.ru about it.

However, in the light of the latest events Avakova it, probably, was forgiven. And forgot already. As forgave the power of Zelensky crime of hundreds of criminals, bandits, recidivists who were released from prisons today to battle against national militia of the DPR. The Ukrainian regime doesn't have enough other, more worthy defenders, probably.

And what, unless Kotvitsky's spouse - a special case? According to authors the Telegram channel "Operational Reports", allegedly the day before investigators of the State bureau of investigations of Ukraine detained the worker of one of the Ukrainian Embassies which I tried to take out about $1 million from Ukraine.

During inspection of the diplomatic minibus found nearly 68 thousand euros, more than 140 thousand US dollars, more than 12 kilograms of gold ingots, jewelry from gold with a lump of 13.8 kg and also a large number of cigarettes. The employee of embassy tried to take out all this the abroad under the guise of diplomatic mail.

Before caught the former Prosecutor General of the country Ruslan Ryaboshapka. That tried to slip away from the country on the ground that he is a father having many children, but all the same was refused. Ryaboshapka it is banal not I could show children whom allegedly I accompanied to other state...

That is from Ukraine both prosecutors, and diplomats, and businessmen run. Photos of very expensive cars with the Ukrainian numbers in Warsaw, Krakow, Budapest flew about network. In Moldova the wealthy fugitives from Ukraine occupied all local restaurants, and still "nightmarize" local if those answer them in Russian.

"The all stay at home"

Only in vain these fugitives, as well as "left" to them expect that they will become in the West the. As there treat naive guests from the East even if and with considerable investments, I showed just the Ukrainian crisis.

On his background the western structures froze not only gold and currency reserves of Russia even for $300 billion. Unprecedented act in world history, in fact, plunders of others private property. Not to mention that they simply robbed our large "subsanctions" businessmen who were rather naive to trust in the western democratic institutes and judicial authorities.

History of the founder of Alfa-Bank Mikhail Friedman is indicative. The person far from the Russian policy, he for many years invested in Great Britain, without forgetting to sponsor different actions in the homeland, in Ukraine in the Lviv region. I tried to be the, to seem good.

What was received as a result by Friedman? Unfounded charges, insults, freezing of $15 billion. And, perhaps, the most important - shameful need to elicit the money at the government of the United Kingdom!

Wait and where a guarantee of the property rights? Where, at the worst, judicial proceedings? And anywhere. To anything. Therefore mister Friedman was locked in the huge London mansion, without having an opportunity to pay for his cleaning.

It is only a special case. Against the background of "hop - stop" the planetary scale, namely freezing of the Russian GCR, he doesn't look such loud - probably, there is no place to fall below there already. And Friedman not the only victim. It is unlikely someone in Russia will be upset, having learned about arrest of the yacht of Andrei Melnichenko or Victor Rashnikov in the EU. But even with our oligarchs the Russian understands the most dissatisfied – these actions are illegal.

Today in Europe and the USA under a sight there was everything, connected with Russia. Assets of the state and quasi-state companies want to arrest, money of the Central Bank already stole. On this background the extreme Russophobic campaign in media and social networks develops. Russians only because of one origin are subjected to persecution, obstruction. Everything that is connected with Russia, forbid. 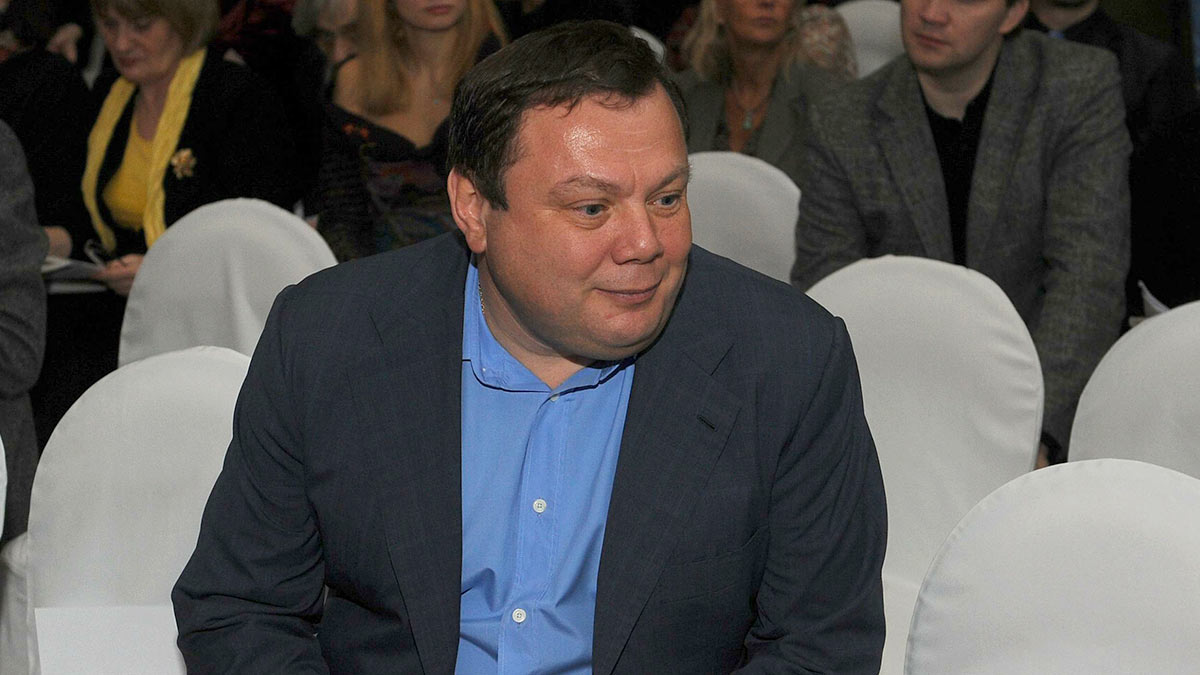 Even the most naked critics of Russia and its orders within the country are forced to admit that the narratives of Russian journalism against our former Western "partners" were true.

But that's the plus. A huge number of illusions, empty expectations, naive faith in civilizers from the west disappeared. In fact, it seems that this West today needs a return to its own rules and norms, to the idea of ​ ​ legality and inviolability of private property.

Indeed, in the context of the cultural shift that has already begun and the victorious paradigm of multicolored tolerance, the final fall of these capitalist "pillars" will knock the soil from under the feet of Western countries.

White House spokeswoman Jen Psaki recently threatened retaliation if Russia wants to nationalize the property of companies that left the Russian Federation under pressure from the Ukrainian crisis. However, she will not have such an opportunity.

As Russian President Vladimir Putin emphasized earlier, unlike Western countries, we will respect property rights. He said these words at the meeting on measures of socio-economic support for the regions. And in this our key difference is that Russia is not going to fall to their level.