The background of the scandal with "Russian spies" in the Czech Republic is the desire to expel Russian business from the country - even at the cost of additional geopolitical and economic costs.

According to the correspondent of The Moscow Post, the authorities of the Czech Republic do not have data on the involvement of the Main Intelligence Directorate (GRU) of the Russian Federation in the explosion at an ammunition depot in the village of Vrbetice in 2014. This was told by President Milos Zeman. The latter is known for its adequate and pragmatic position in relation to Russia, but he has little power. He could not keep quiet about the scandal. And to declare that the whole thing is sewn with white threads - too.

Meanwhile, the network continues to discuss the background of a high-profile political and diplomatic scandal between Russia and the Czech Republic. Recall that on April 17, Czech authorities reported that there was intelligence about the alleged involvement of famous tourers Alexander Petrov and Ruslan Boshirov in the explosion at the ammunition depot.

Later it turned out that the Czech state had nothing to do with these warehouses. Nevertheless, Prague expelled 18 of our diplomats, Russia responded by sending 20. After that, there was a completely inappropriate ultimatum of the Czech side, as a result of which the number of diplomatic workers in both countries was still slowed down.

Experts agree that the Czech Republic was pushed by senior partners to such a step, but what is the real interest in this? Our sources claim that the scandal was necessary for prose reasons - to turn off the Russian Rosatom from the race for determining the contractor for the construction of a new power unit of the nuclear power plant (NPP) Dukovany in the Czech Republic.

Rosatom was one of the bidders, the cost of which is estimated at 6 billion euros. Others: the American company Westinghouse, the Chinese China General Nuclear Power, the French EdF (acquired a significant part of the assets of the French Areva), the South Korean KHNP.

Almost the first thing the Czech government did in the wake of the scandal they inflated was exclude Rosatom from the tender. Moreover, the Czech Ministry of Industry and Trade said that not a single participant would be able to attract the company as a subcontractor. About this wrote RBC.

At the same time, the Chinese were squeezed out, they will also not take part in the tender. The contract is clearly started by the American Westinghouse. The winner of the tender must be determined no later than 2024. The construction of the block itself should begin in 2029, and be completed in 2036.

Rosatom's main competitive advantage is the ability to offer its technologies and services at a lower price than Western competitors. This is likely to be a stumbling block. To spin off Rosatom, market mechanisms will not be enough. But to put pressure on the company in the context of the already ongoing confrontation along the Russia-Europe line is easier than easy.

And at the same time, wild hysteria continues in the same USA, Great Britain and Prague itself about the possible actions of the Russian authorities. What evidence? And none - such data we have. Moreover, realizing that neither Petrov nor Boshirov can be in the Czech Republic now, the authorities of this country refused to put these characters on the international wanted list. About this wrote "Ribbon."

Why? Because otherwise, the truth could be revealed through Interpol. And the Czechs, not to mention their higher patrons, really do not need at all.

This is how, outside any market mechanisms, spitting on the rule of law and even common sense (in seven years! Petrov and Boshirov?) The Czech Republic shoots itself in the foot to please large Western corporations. Such methods of action by the United States and Great Britain (it is the latter who attribute the "request" to get from naphthalene on this topic) are not new. Something very similar happened with the Ukrainian "Motor Sich."

Recall that independent Ukraine almost became a grave for the enterprise. Meanwhile, Motor Sich was and to some extent remains one of the world's leading aircraft engine manufacturing enterprises. The Chinese could save the sinking production. And they could not just - they invested a lot of money in Motor Sich in exchange for a stake in the authorized capital. And then a strange thing happened.

The Ukrainian government has sharply abandoned plans to privatize Motor Sichi. But she did not abandon the billions of investments of the PRC, which flatly refused to return. According to experts, Kiev took such a step at the direction of the United States, which is not interested in strengthening China in the market and obtaining Motor Sichi technologies by this country.

Further - more. Sanctions against Chinese business - the first in terms of trade with Ukraine. And, as a result, the courts, claims in which the Chinese side filed. Now Ukraine is facing the prospect of a new $3.5 billion debt to former Chinese partners - a "wonderful gift" for the poor Ukrainian budget. About this writes the Ukrainian publication "Country."

A similar situation is developing in the Czech Republic. When the authorities, acting against the national interests of their own country, are ready to go to frank provocations, be left without money and without a reliable supplier in the person of Rosatom, just to apprehend Sherkhan. 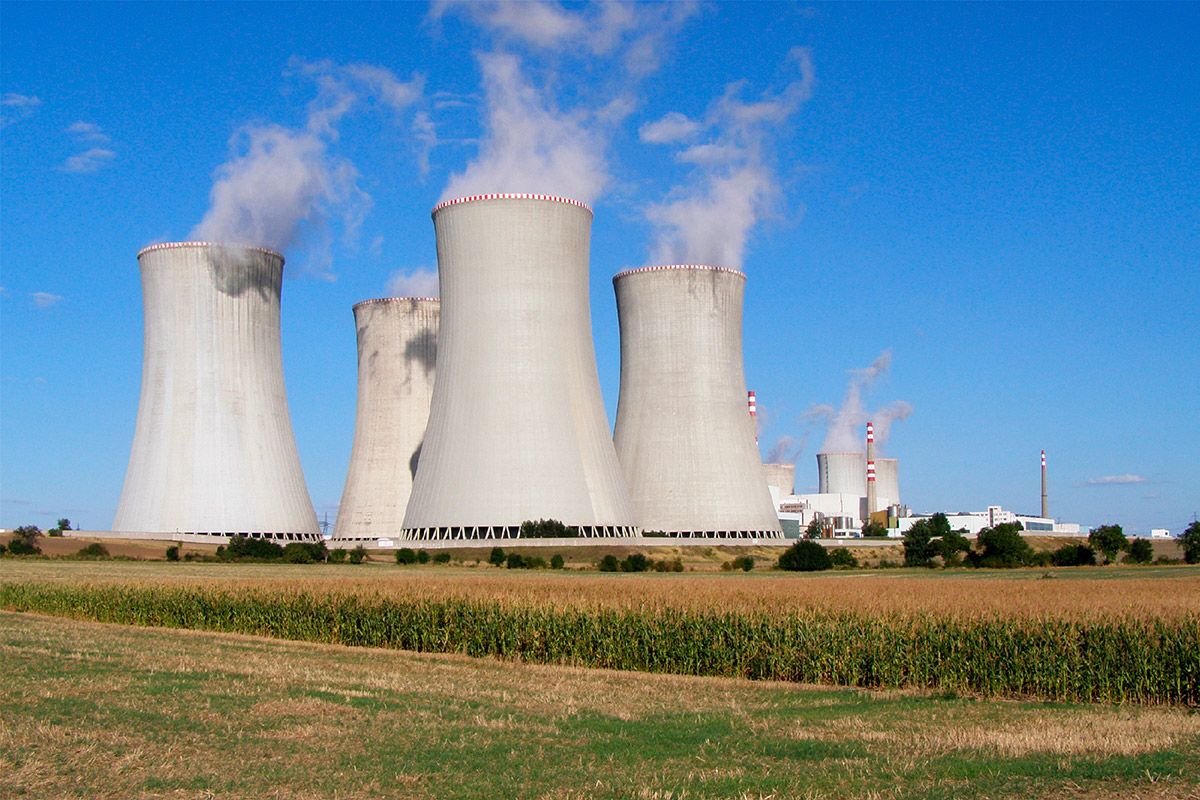 Anyone will now build the new power unit of the Czech nuclear power plant Dukovany, but not Rosatom

The Czech opposition has long tried to get the Russian state corporation out of the country - despite the fact that the French, especially the Americans, could not offer the best conditions for the construction and maintenance of nuclear power units.

In Moscow, this is well understood, but tantrums are not satisfied. A bilateral meeting between Presidents Putin and Biden is being prepared. Despite another exchange of courtesies in the form of sanctions, they, as before, are mainly symbolic in nature. The United States is seriously defeated in negotiations on a new nuclear deal with Iran in Vienna, Austria. Tehran does not want to make concessions, while experiencing terrorist attacks attributed to Israel.

The United States cannot solve this puzzle without Russia. Tehran has already made it clear that it is playing a long game - it has concluded an agreement on the supply of oil to China for 25 years. That is, he did what the United States tried for a long time to prevent. We must not forget about the role of the Russian Federation in solving climate problems. Putin's participation in the climate summit and Biden's positive reaction to this once again confirm that the parties are ready to begin de-escalation.

And let the bilateral meeting of the leaders of Russia and the United States take place clearly not in the near future, too negative now for this background, there is no doubt - it will definitely take place. But will it take into account the interests of US junior partners within the European Union, which is the Czech Republic? We doubt it. At the same time, the Czech Republic can no longer play back, and will certainly incur additional political and geopolitical costs. And how else if Big Brother decides for her?