The removal of Zelensky from power with Akhmetov could be led by representatives of the US special services. For the latter, the Ukrainian president has turned into spent and toxic material, which is desirable to "sell" now, while the country is still in their hands.

According to the correspondent of The Moscow Post, the beneficiary of the Ukrainian holding DTEK, billionaire, the country's largest investor and employer, Rinat Akhmetov, responded to accusations by Ukrainian President Volodymyr Zelensky of possible complicity in the preparation of a coup.

According to the entrepreneur, information about attempts to drag him into a conspiracy to remove the current Ukrainian government is a complete lie. "I am outraged by the spread of this lie, regardless of what motives the president is guided by," Akhmetov wrote.

Akhmetov wrote the answer personally, on his own behalf, distributed on the social networks of his holding. These are nuances that can say a lot. International experts are sure that the answer was written personally by Akhmetov, and not by his speechwriters. The platform in social networks made it possible to instantly distribute it, "expand," bypassing the process of transmitting information to traditional media.

For Volodymyr Zelensky and his entire team, this is very bad news. Recall that the "insinuations" against Akhmetov were heard at a recent press conference of the Ukrainian leader. Tensions with Russia, energy crises, many other problems - it was expected that Volodymyr Zelensky's answers should calm Ukrainian society.

As a result, it turned out completely the opposite. The press conference was a disaster for Zelensky, his office, and his entire party, Servants of the People. Zelensky was aggressive, unconvincing, attacking, moving and interrupting journalists. He did not really answer a single question, but he clearly lost his temper, switched to individuals who fell under the sanctions of the National Security and Defense Council and refused to consider people at all.

The words to Akhmetov clearly became a "home blank." They say that they received secret information (of course, we cannot show) that some forces from the Russian Federation are preparing a coup. They are also trying to draw Akhmetov into him, who is waging a "media war" against Zelensky on his TV channels Ukraine and Ukraina.24

At the end of this "spich," Zelensky for some reason said that he did not believe in a coup. It looks like some kind of bipolar disorder, or the incredible stupidity and shortsightedness of his entire PR team. A more likely option - Zelensky hoped that such accusations could translate the attention of society and make you forget about many recent problems and failures.

It was not here - following the results of communication with journalists, Zelensky was in such a downside that it was right to say: even those whose temporary union was previously impossible to imagine united against him. Nationalists and liberals, scoops and westerners, servants of various oligarchs.

Recall where it all started. About a week ago, the very real "media war" began between the richest man in Ukraine, Rinat Akhmetov, and the team of President Zelensky. The "war" got to the point that many full-time propagandists who yesterday still sang to Zelensky diphyrambs (Dmitry Gordon, Savik Schuster, etc.) suddenly "changed their arms" in the air and attacked the president with criticism. 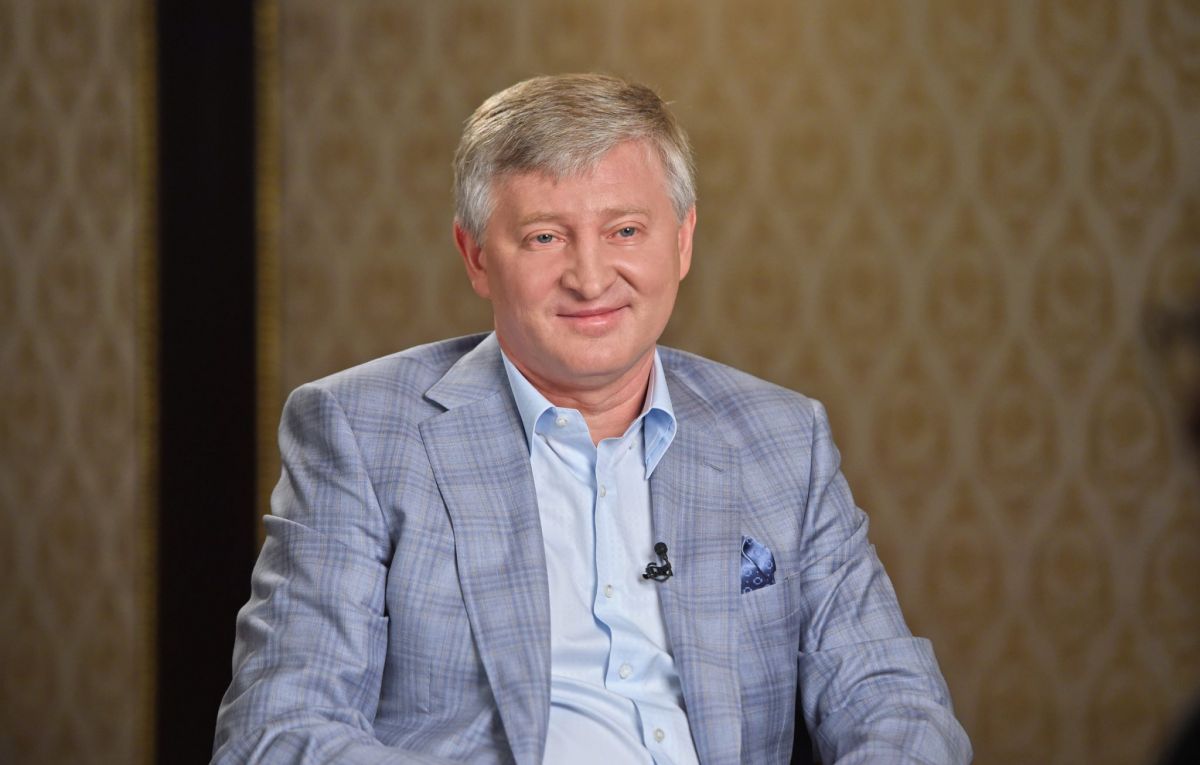 In the person of Rinat Akhmetov (pictured), Vladimir Zelensky found an enemy with whom he could definitely not cope

However, these regular propagandists allegedly have long been fed by Rinat Akhmetov. And now, obviously, the confrontation along the lines of "President's Office - Akhmetov's Empire" will only increase. Zelensky frightened - Akhmetov was not afraid, and now Zelensky did not have the opportunities and maneuvers to retreat at all. He was left alone.

The wrong one was attacked

According to sources in Ukraine, there are many reasons for complicating relations between Zelensky and Akhmetov, but one bowl of patience was overwhelmed - when Akhmetov allegedly refused to create a large media holding reporting to the Office of the President of Ukraine on the basis of his publications.

Supposedly, this is what made Zelensky mad. And here is the law on "deoligarchization" (which, for some reason, bypasses Igor Kolomoisky, but does not bypass Akhmetov), and many other points. At the same time, the interests of promoting green energy mixed here, as well as the current talk about what will happen after Zelensky.

Vladimir Zelensky, having received more than 70% of the vote in the elections, never fulfilled a single election promise. Having lost control of the situation, he seeks to fill it with media content, but the media is in the hands of oligarchs and Western partners.

As Ukrainian blogger and politician Anatoly Shariy was convinced, Zelensky was sure - he should only tell about the preparation of the coup, how Akhmetov would be scared and run to him to negotiate. It was very naive to think so.

Rinat Akhmetov is a very experienced person. He entered into a confrontation with almost all the presidents of Ukraine, and always came out of them to the end. But this time the situation is more complicated - not just a specific political figure was turned against him, he is pushed to confrontation with the whole government in general - already through the line of statehood. After all, a coup is not a joke.

Under the coup, Zelensky had in mind the alleged preparations for the removal of the president. With this statement, apparently, he left in bewilderment the good half of the post-Maidan Ukraine. And why then the coup, and not the "hydry revolution"? Maybe the events on the Maidan, as a result of which President Viktor Yanukovych, who was elected by people, was illegally overthrown - a bloody coup, not a revolution?

In general, Vladimir Alexandrovich said so knowingly that he made new enemies. Those who voted for him in 2019 cannot tolerate him at all - now he has the highest anti-rating among all the country's politicians.

He lost popularity, lost adequacy, began to frankly interfere with even those strong peace initiatives that gave sprouts in Ukraine under Poroshenko. Americans are annoying. His desire to maintain power is also annoying - why, otherwise, would he create his own media holding under the Akhmetov "cover"?

According to our sources, talk about the early removal of Zelensky is really going on, and allegedly not with Akhmetov alone. Only the initiator of such "conversations" are not Russians. The leadership of the Russian Federation has long waved its hand at Zelensky and is waiting for a change of power, as Dmitry Medvedev hinted about in his article.

According to a source echoed by experts on Ukrainian topics, it is the Americans who are discussing Zelensky's possible early departure. Allegedly, they are already looking for new opportunities and alliances within the country, since the further leadership of Zelensky questions the Ukraine-Anti-Russia project.

No, Zelensky, of course, is the conductor of this very concept. But the guide is absolutely unprofessional, incompetent. He is not even able to restrain his emotions when communicating with journalists. He lost all the confrontation within the country. His only real success is the displacement of Arsen Avakov. 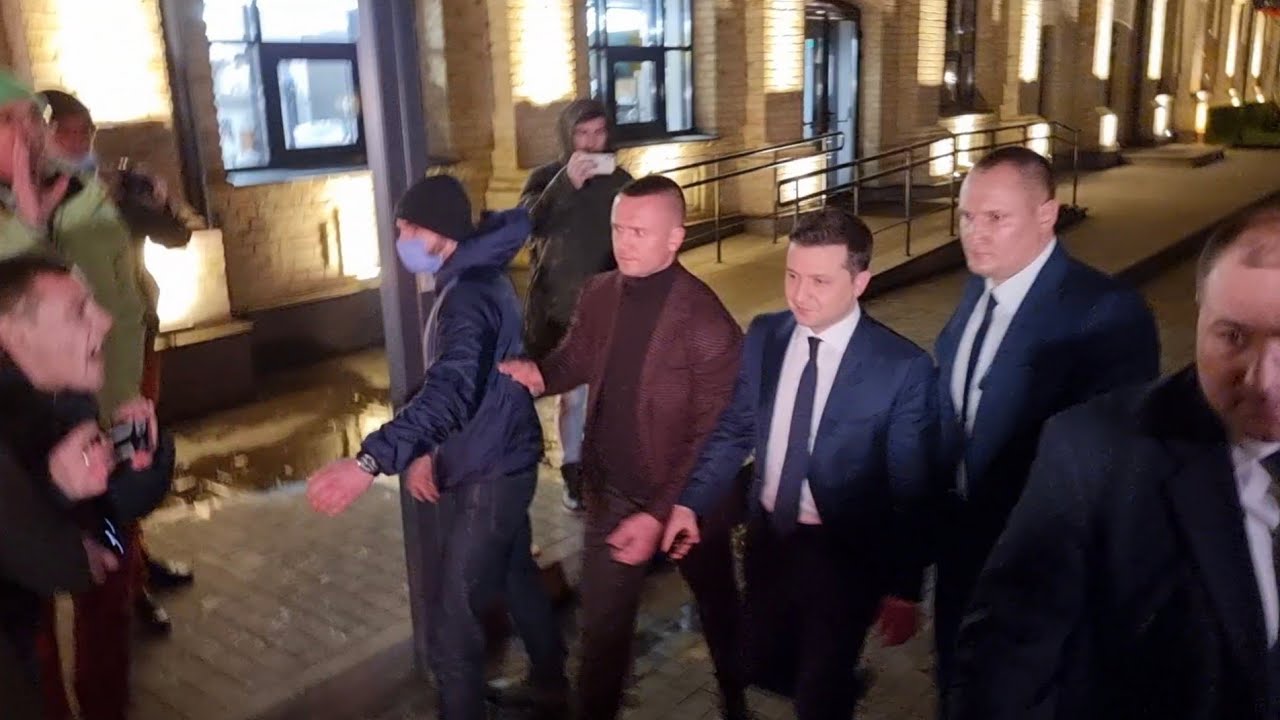 Indicative moment: Zelensky leaves a press conference surrounded by security, under the cries of "Shame!" From Ukrainian journalists

His departure from the political "advance" (of course, temporary) made Zelensky another strong enemy, and the Biden administration showed that the Ukrainian leader had lost the remains of adequacy.

Everyone faced Zelensky - thanks to his own unreasonable actions.

There are even rumors that Zelensky's alleged displacement was being prepared for Christmas. As a gift to John Biden, as a kind of traditional "Rose Turkey"

However, Zelensky has no chance of retaining power. Of course, all these problems and the related domestic political struggle are trying to shift to Russian shoulders. But, as the same Dmitry Anatolyevich Medvedev wrote, Russia knows how to wait. Well, let's wait until this green booth is over.

30 January, 14:24
The Foreign Ministry recalled that hostilities are being conducted away from the nuclear power plant
See also