Nord Stream 2 will be finished despite all the sanctions of Washington and the hysteria of its European sattelites. And not because of Russia's opposition, but because of the position of the Europeans themselves.

Aссording to  the correspondent The Moscow Post, the authorities of Mecklenburg-Vorpommern have started work on creating a Climate Change Foundation that will becomes an intermediary between Russian and German companies on the construction of the Nord Stream 2 gas pipeline. The work on it is almost complete, only a small section of several kilometers remains, which will connect the already built branch line with the German part of the pipe that goes to the Baltic sea in Greifswald.

It is expected that the Climate Change Foundation will recognize Nord Stream 2 as "an essential element for protecting the environment in Mecklenburg-Vorpommern" soon after the resumption of work and will make every effort to contribute to the completion of the project.

The Government of Mecklenburg-Vorpommern is headed by Manuela Schwesig. It is she who is considered the nominal author of the idea, but, according to our sources, the initiative received approval at the very top, from Chancellor Angela Merkel.

Another fact proves that Schwesig’s action was agreed with the German authorities. According to Rossiyskaya Gazeta, yesterday, December 1, the German Federal Government issued a permit for the laying of the Nord Stream-2 in December this year. The application for work in January - April 2021 is still under consideration. It depends on the degree of opposition to the project by the administration of either the elected or almost elected 46th President of the United States, Joe Biden How quickly it will be approved.

"Baba Yaga is against"

It couldn't have been any other way. Nord Stream 2 is a major milestone in ensuring Europe's energy independence and diversifying the supply of natural gas to Europe. In this sense, the pipeline really has not only economic, but also political significance. That is the factor that European detractors of Russia and the United States are putting so much pressure on. Stopping the construction of the NS-2 for American partners is the only chance to maintain the shaken US dominance in Europe.

It is rumoured that Biden has not yet moved to the White House, and the American leadership is already calling European companies involved in the construction of Nord Stream 2, demanding to abandon the project. The Germans are extremely dissatisfied: they considered the new sanctions the toughest of all. Not to mention the fact that this is blatant interference in the affairs of foreign states.

The Americans have not payed attention to such trifles for a long time. The policy of pressure, intimidation, and sanctions has long been a weighty argument of the White House policy, along with carpet bombing and mass media disinformation campaigns. The decisive battle for Nord Stream 2 has begun.

Significant moves to it were made by someone who was thought of as a politician who did not seek to play these games, but on the contrary, to deal with domestic American problems. Donald Trump. In December 2019, he signed a defense budget with sanctions against the pipeline, as well as against the Turkish Stream. RBC wrote about this.

This led to the fact that the Allseas company, with which the contract for laying pipes for the gas pipeline was signed, refused to cooperate on the Nord Stream 2. As a result, the final completion of the pipeline will be carried out by the Russian vessels Fortuna and Akademik Chersky.

The US defense budget also contains a section on countering Russia, which provides for the extension of military assistance to Ukraine in the amount of $300 million. After the coup, the Ukrainian leadership is one of the main mouthpieces of the White House's aggressive foreign policy in the post-Soviet space. 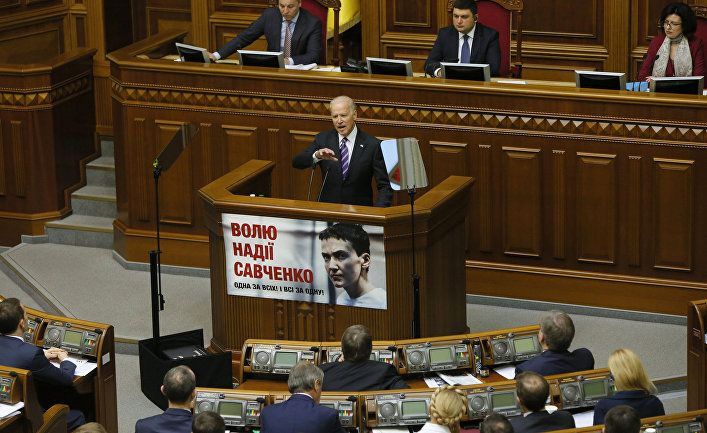 And they can be understood: after shouting that the Kremlin is using the gas pipeline on the territory of Ukraine for political pressure, they faced a real threat of losing transit through their territory, that is, several billion in budget revenue annually.

Just the day before yesterday, on November 30, when it became known that a number of US lawmakers agreed on new sanctions against Nord Stream, information appeared about the intention of Ukrainian officials to use all their capabilities to support them.

This is primarily about Vadym Glamazdin, an employee of the Ukrainian energy company Naftogaz, and Alexander Kharchenko, an employee of the National Security Council of Ukraine, who have been promoting the idea of disrupting the construction of the gas pipeline in the US Congress and the White House for four years. This is reported by Interfax.

It is not difficult to guess that they act with the approval of the Ukrainian government, or even at the direct instruction of the high patrons of the "Nezalezhnaya" authorities from the White House.

Going back to Trump's past decisions, in January 2021, the documents signed by him will come into effect, and companies that have invested at least a million dollars in the Russian pipeline will be subject to restrictions. This will also apply to those involved in logistics.

But Gazprom has already prepared an answer. According to representatives of the company, Nord Stream 2 received funding from partners even before the announcement of new sanctions. In other words, Engie, OMV, Shell, Uniper and Wintershall managed to transfer money, and the funds have already been sent to their intended destination. And the German Uniper stressed that Germany had confirmed support for the project, based on its importance for the security of supplies.

There is an opinion that the United States no longer expects the project to be stopped, and they proceed from the political situation - declaring their intentions and trying to make Russia "toxic" in the eyes of its international partners. But, as we can see from the actions taken by the German government, this does not have the effect that the Americans expect.

In addition, the most important task for the Americans is not only political, but also economic dominance in Europe. The latter is a major market for American shale gas supplies. A working Nord Stream 2 will forever bury the idea of replacing Russian blue fuel with a more expensive and logistics-complex American equivalent. Of course, the economy here is closely linked to politics.

According to an independent industrial expert, economist Leonid Khazanov, the Americans themselves may be afraid to go to the end on this issue. The American industry itself is highly dependent on the Old World market, and Washington's attempts to prevent the completion of the pipeline may cause a wave of counter-sanctions from both the entire European Union and its individual members. Plus, the Americans automatically lose their political allies in NATO in this case. He is quoted as saying by RIA Novosti. 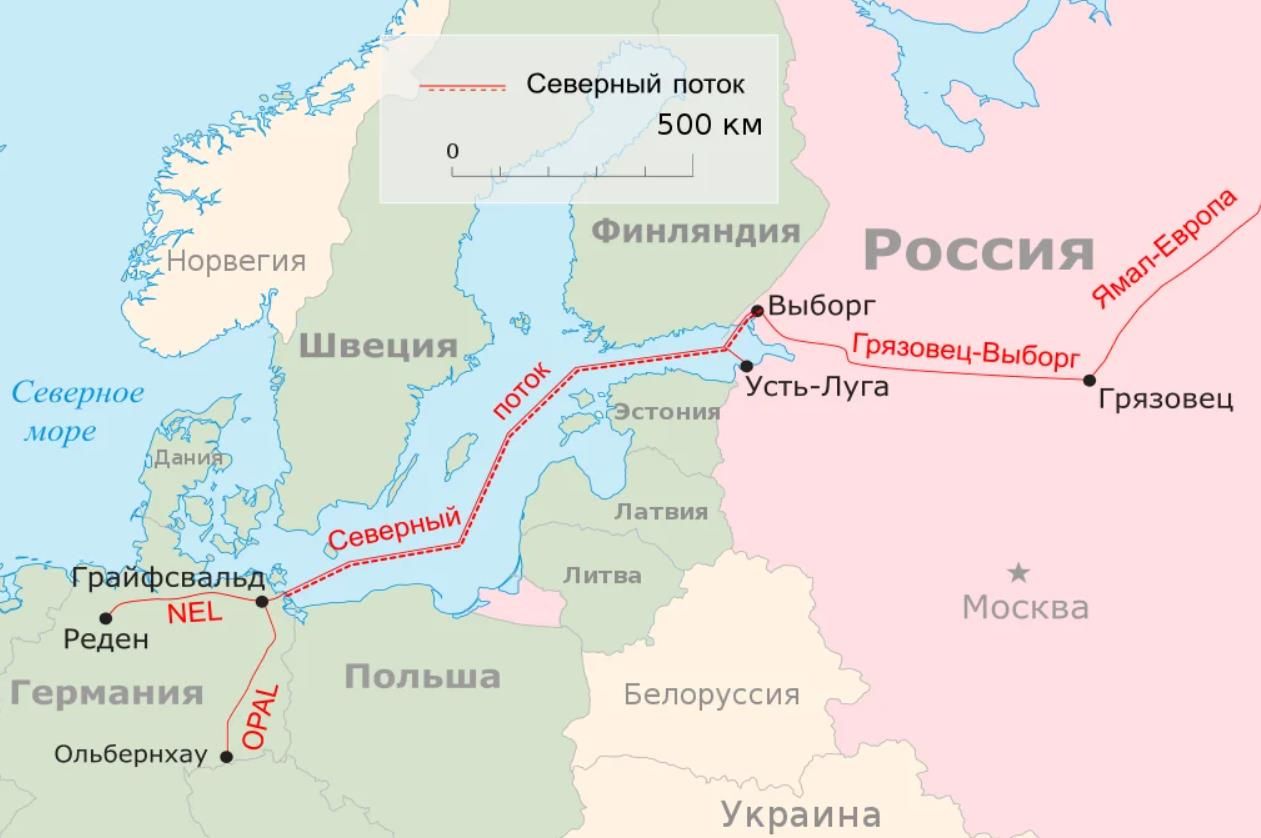 To sum up, Washington has started a game in which it can drive itself into a corner. Especially at such a difficult moment of political instability for the United States, when Biden will have to urgently solve internal state problems - a surge in racism, a disaster in health care, and the opposition of political opponents.

Everything suggests that despite the sanctions pressure, outright blackmail and behind-the-scenes games, Nord Stream 2 will be completed. It will firmly link Russia and Europe, and deprive Ukraine of the quality due to which the US administration still continues to invest resources in this country. The winners will be all those who were initially focused on the constructive negotiations. Those who want to make themselves worse to spite someone else, will stay aside.