Negotiations in Moscow prompted the radicals of Afghanistan to dialogue, and although their statements are still declarative in nature, in any case it will be necessary to negotiate, and no one will let them into the countries of Central Asia.

As the correspondent of The Moscow Post reports, government forces of Afghanistan achieved the first success in negotiations with Talibs ("Taliban" is the terrorist organization, it is banned in the Russian Federation). During the next round of negotiations in Qatar, a "compromise" was reached, in the interests of "Afghans and on the basis of Islamic principles".

The parties "agreed to find a fair and lasting solution to the problem, understand the need to reach a compromise," the communiqué said. This is not a truce, but it is a signal that the parties send to the world community that there is something to agree on, that the parties have the will to stop violence in the interests of the inhabitants of the country.

According to our sources, such a signal was one of the results of recent negotiations between the "Taliban" delegation * and Russian representatives in Moscow. The tense situation and the failure of the American mission in Afghanistan further increases the importance of the Moscow negotiating platform. According to the radicals themselves, they already control up to 80% of the country.

Obviously, this is a strong exaggeration, and it is also obvious that to achieve such influence for the Taliban without the pressure of the world community is only a matter of time.

Dialogue against the background of shots

Four representatives of the organization banned in Russia flew from Qatar to negotiate with Russian diplomats on July 8. The delegation was led by Sheikh Shahabuddin Delavar. The Qatari Taliban mission was the main platform for negotiations between militants with the United States and the national government of Afghanistan. Insiders report that the main topic of the negotiations was stopping the violence to launch an inter-Afghan peace dialogue.

Negotiations with the Taliban were held by the special representative of the President of Russia for Afghanistan Zamir Kabulov, the Foreign Ministry reported. In particular, following the talks, they told Russian diplomats that they did not plan to attack the Central Asian states and diplomatic missions in the country, and also assured that they would fight the traffic of prohibited substances.

There is little faith in these statements, but the fighting and the international situation around Afghanistan dictate their logic. The "Taliban" * is not just a religious extremist movement. This is a movement that has not only a fundamentalist, but also a serious social component.

Just like ISIS (a terrorist organization banned in Russia), the movement presupposes the existence of social and quasi-state institutions. In conditions of total poverty, it was the "Taliban"* that became the force in which many Afghans see hope for justice. And this is with all the terrorist attacks, intolerance and mass barbaric executions. 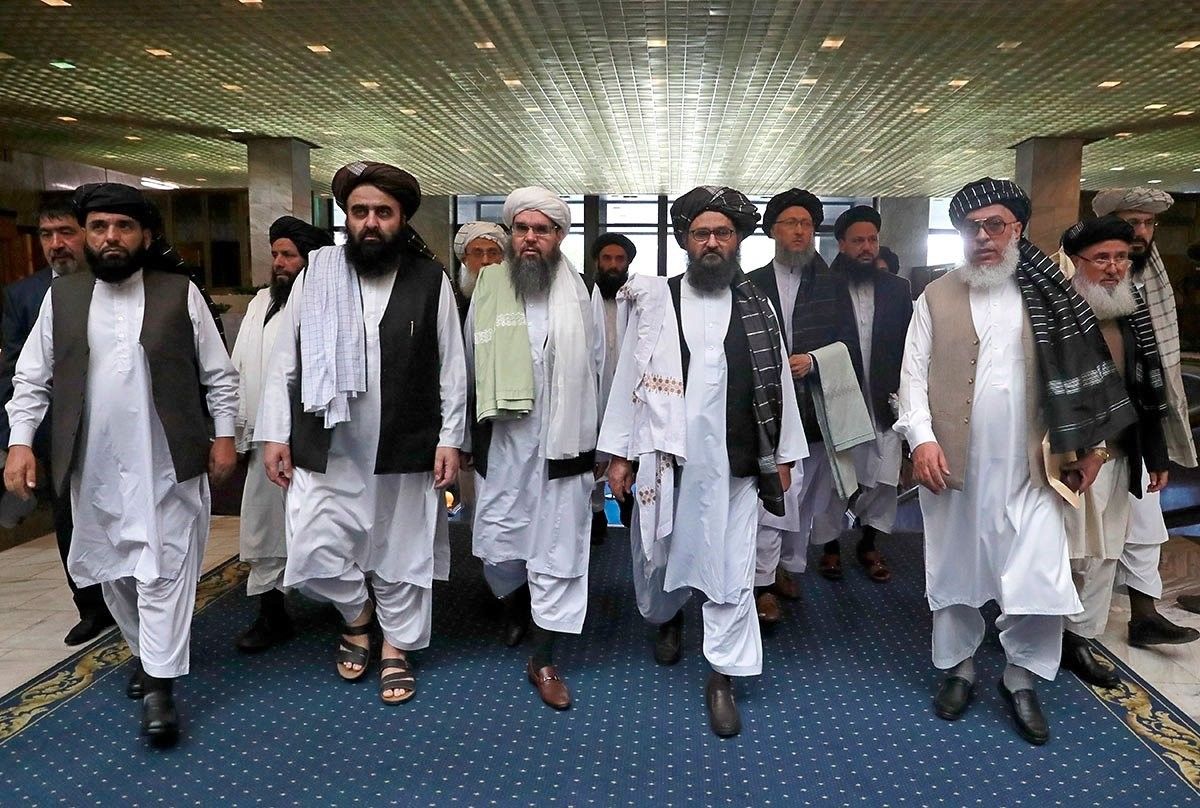 Delegation of the banned "Taliban"* in Moscow

Russia's mediation efforts were aimed at intensifying dialogue in Qatar, which, after accelerating the withdrawal of US troops from Afghanistan, stalled. The reality is that only stopping the Taliban from attacking territories that remain under the control of official Kabul is the only real chance to force the "Taliban"* to negotiate. Actually, the entire desire of the Taliban to negotiate is associated with the problems that they create on the battlefield.

Over the past week, the progress of the Taliban has slowed down significantly. Despite this, they already control a significant part of Afghanistan's interstate border with the countries of Central Asia. The situation itself has already become a cause for great concern, especially in Tajikistan.

Today in this country, a member of the CSTO, there is a Russian military contingent, so there is no talk that the war will spread to Tajikistan. But the border as a grid, through it there is a flow of refugees, weapons and prohibited funds, all this strengthens the "Taliban"*, gives it the opportunity for military and diplomatic maneuver.

Earlier, Russian President Vladimir Putin confirmed his readiness to assist Tajikistan because of the situation in Afghanistan, neighboring the republic, RBC writes. The Russian leader said this in a telephone conversation with Tajik President Emomali Rahmon. Many other issues were discussed, but it was this, according to insiders, that was key, he also acted as an occasion for communication.

The concerns of Rahmon and his country are understandable. The Tajik military has repeatedly provided shelter for Afghan army soldiers who fled the battlefield. They are forced to work with a huge flow of refugees, from which it is still necessary to filter out possible emissaries of the forbidden movement. Meanwhile, formally, the Taliban have repeatedly stated that they have no plans to invade neighboring countries.

According to the Israeli political scientist, the former head of the Nativ special services, Jacob Kedmi, the question of invading neighboring countries is not worth it, since it is not about whether this will be an invasion, but only when, in what format and on what scale it will take place.

In this context, the actual flight of American soldiers from Afghanistan is indicative: the Taliban offensive began before the last US soldier left the country. The withdrawal should be completed only by September 1, but today the Taliban are seizing former American bases. And they find there not only abandoned furniture and items were, but also American weapons. Just as billions of dollars worth of these weapons fall into their hands after the Afghan military escapes.

In April 2021, US President Joe Biden announced that the American contingent (2.5 thousand military) would leave Afghanistan. After the completion of the process, a little over 600 soldiers will remain in the country to protect diplomatic missions. More than 90% of the US military has already withdrawn from the territory of the republic, Washington plans to complete the withdrawal of troops by August 31.

The Taliban and Washington agreed that the movement would begin negotiations with the Afghan authorities on peace and separation of power after the withdrawal of foreign troops, but began an offensive before the end of this process.

Worse still, weapons and equipment worth several billion dollars became the Taliban's prey after US President Joseph Biden came to power and withdrew US troops from Afghanistan. This statement was made on July 11 by the former head of the White House, Donald Trump, at a conference of conservative US circles in Texas.

Trump criticized Biden for the fact that during the withdrawal of American troops from Afghanistan, the American leader left the equipment there without even trying to take him out. The former US president noted that he planned to return "every nail and return all the tanks." 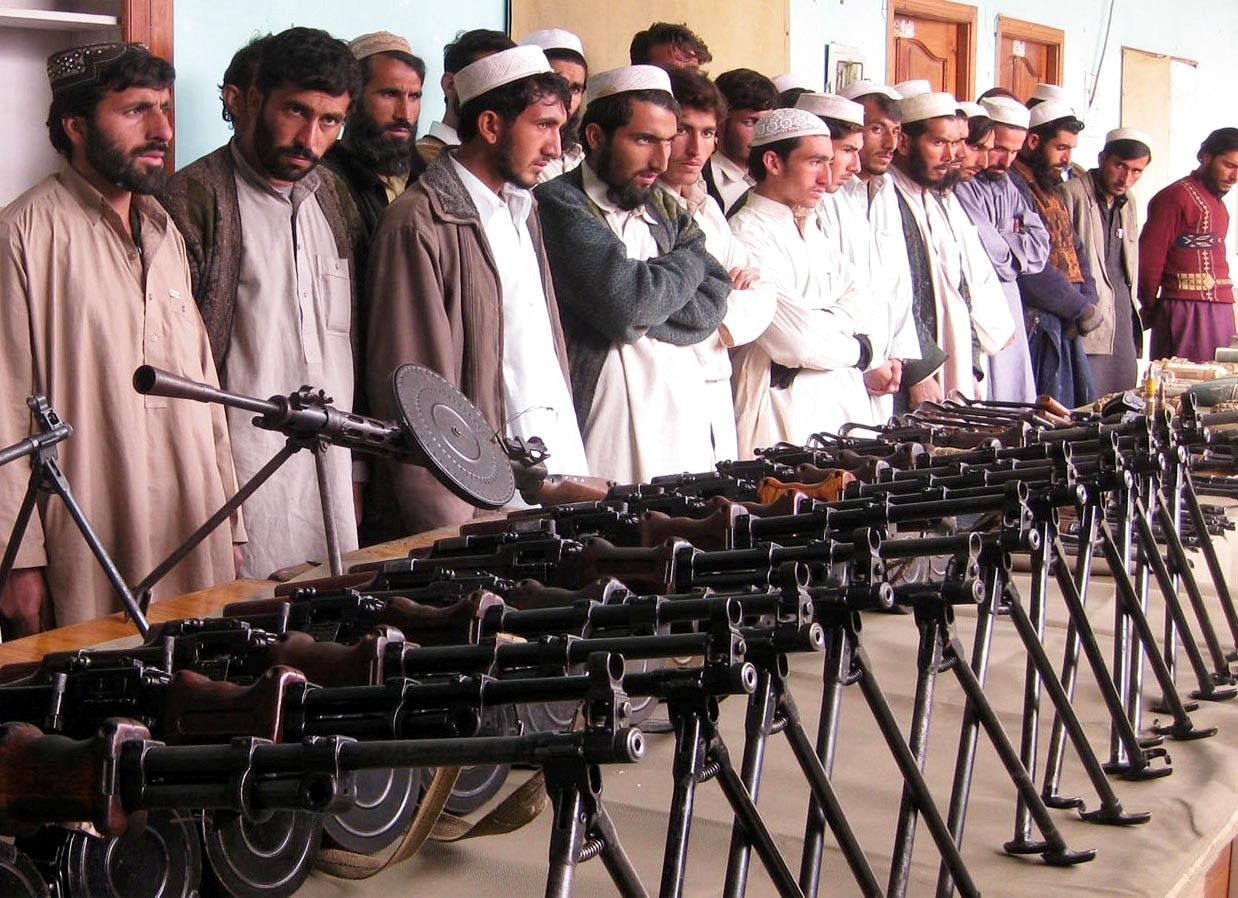 The politician called the parades, which are arranged by a radical movement with American weapons and equipment left at military bases after the withdrawal of US troops from Afghanistan, a disgrace. About this writes "Regnum".

Thus, the withdrawal of troops from Afghanistan simply could not help but become a factor in intra-American politics. But even against this background, Trump's statements look ambiguous. After all, it was Trump who launched the process of withdrawing troops from the country.

In any case, the situation in Afghanistan and Central Asia as a whole has been the subject of negotiations and reconciliation between the Russian Federation and the United States. After all, Russia remains one of the few countries capable of diplomatic influence on the radical movement, it is a resource that cannot be used.

And if the current difficult situation gives an additional impetus to intensify the Russian-American dialogue on world security and stability, not only our countries, but also those states that today are threatened by the Taliban will benefit from this.