Afghanistan in Search of Legitimacy

Radicals are trying to legitimize their power in the eyes of the world community. They do not have faith, but they will only have to create a new security architecture in the East, and without Russia and China it is impossible to do this.

The whole world continues to observe the process of the complete transfer of power in Afghanistan to the hands of the Taliban movement (a terrorist organization banned in Russia). Now in Kabul, the evacuation of the American contingent and troops of NATO countries continues.

In parallel, the Taliban continues to institutionalize its quasi-State institutions, and at the same time prepares the ground for external recognition as the only Afghan government. What is the real filling of these processes and what to expect next - the correspondent of The Moscow Post understood.

On the eve of the Taliban representatives gave the first large press conference after coming to power. For many, the very fact of its holding was not surprising, but the promises made by the Taliban in front of the whole world became surprising.

"Pretend to be a hose"

The movement pledged to reconsider approaches to a number of issues, saying that after almost 20 years since the start of the American invasion, much has changed. First of all, the Taliban promised to change approaches to what is allowed to women - of course, within the framework of Sharia.

Of course, this is not about emancipation in the Western sense. But women were guaranteed the right to education and work, promised to give the opportunity to leave the house unaccompanied by men, and refused to demand the mandatory presence of a burqa - only a headscarf.

Even more discouraging was the statement that the Taliban were not going to take revenge on their opponents both inside and outside the country. The movement already today announced a complete amnesty, "you can not wait to knock on the door." In addition, the Taliban assured that they would fight the traffic of prohibited substances, made many other beautiful promises. 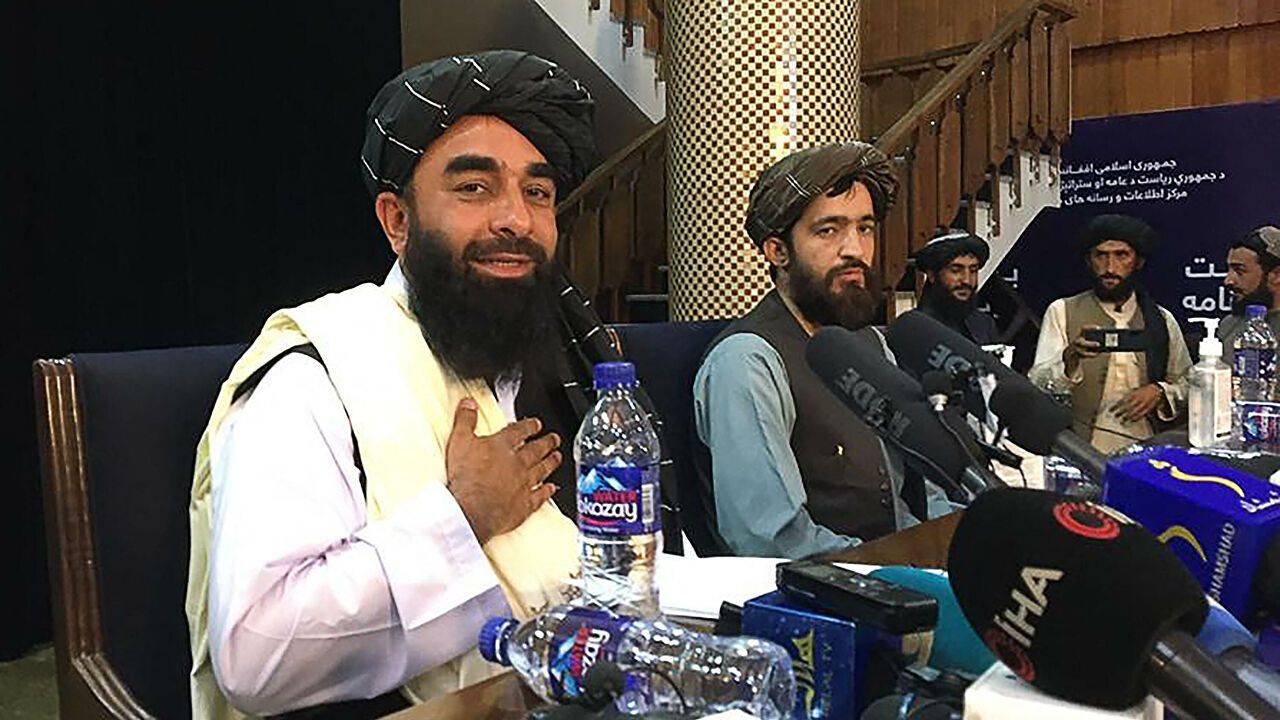 Nobody believes the Taliban's statements, but they work not only for the Western viewer

All this clearly had to the taste of the Western viewer, who does not understand much what is happening. Especially the last paragraph on prohibited substances is simply ridiculous to hear, given that the money from their traffic forms the basis of the Taliban's financial revenues.

What suddenly the Taliban needed to appear in such a light is quite understandable. The Islamist regime, which came to power, in fact, by force, is struggling to legalize itself in the eyes of the world community. In reality, the Taliban are now extremely weak for independent actions on the world stage. It needs access to the country's resources, including diplomatic. However, all this is only a fiction that precedes the establishment of a truly "Islamic Emirate" - with the caveat that Islam is interpreted by them exclusively in a traditionalist way.

Let us explain to readers - fundamentalist Islam will never be able to remain within the borders of one or more states. Its very essence, meaning - in expansion. And the expansion of the Taliban into neighboring states, especially into the countries of Central Asia, is only a matter of time. This opinion was previously expressed by Israeli political analyst Yakov Kedmi. 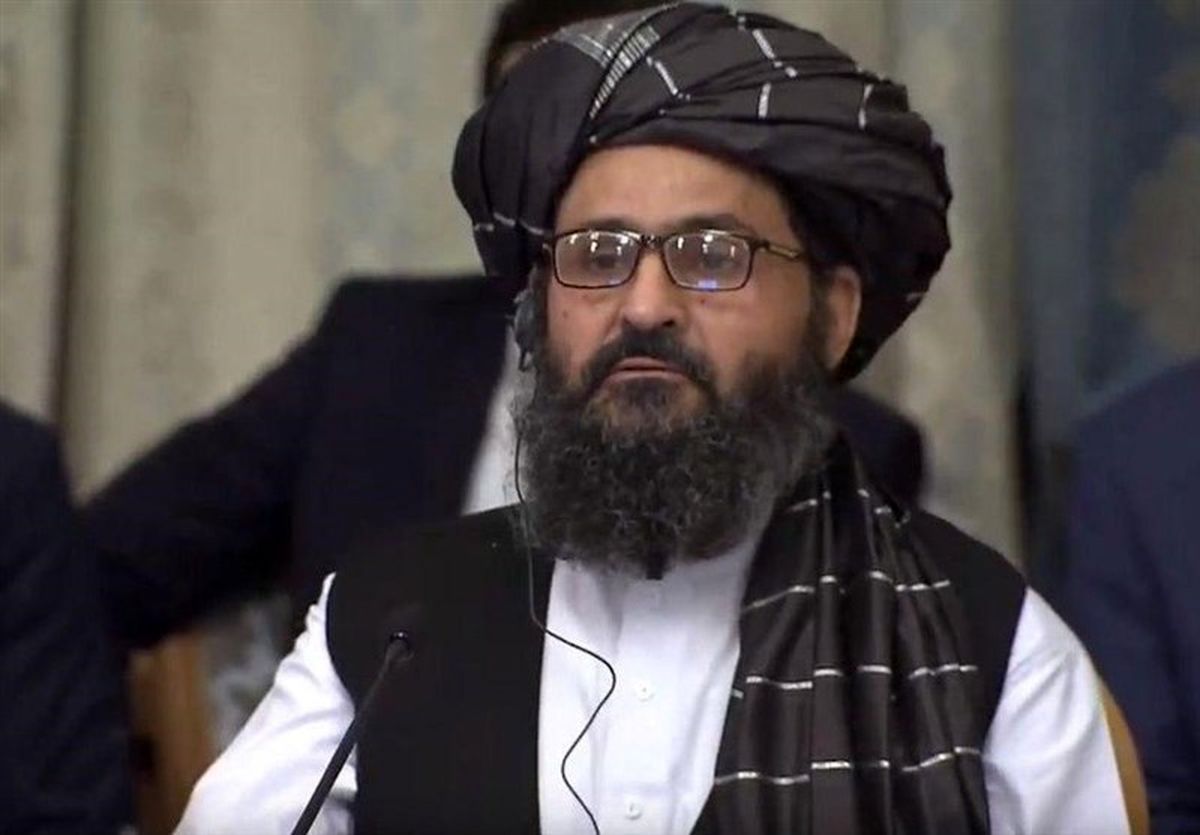 Meanwhile, the leaders of the movement have already transported the political wing of their leadership from Qatar, which has traditionally sponsored and given them refuge, to Kabul. And among them arrived the leader of the political wing, and in fact the entire movement, Mullah Abdul Ghani Baradar. The Taliban country is already almost officially called the Islamic Emirate of Afghanistan.

Western analysts agree on one thing - the words of representatives of the movement cannot be believed. Moreover, when the whole of Central Asia and not only has already come into excitement from such an easy and quick military victory. The United States is to blame for this, who absolutely did not understand what and why they were doing in Afghanistan. The notorious nation building in the American sense did not work, and attempts to present the exodus from the country as a completed mission further discredit the American leadership.

On the eve of the US President reiterated that he takes full responsibility for decisions on Afghanistan. It can't be different, especially since he was one of the architects of the withdrawal of troops while still vice president in the team of Barack Obama. The question is no longer a responsibility - the monstrous failure of the United States is compared in all respects with the flight from Saigon. It will have far-reaching consequences for the world.

So much so that it can affect the creation of a new security architecture in the world. In the United States, this is well understood, especially since the confrontation with China is on the agenda. And China is one of the interested parties, because the infrastructure of the most important Chinese project "One Belt is One Way" must go through Afghanistan. This is a railway that will connect the Middle Kingdom with the Middle East through Tajikistan and Afghanistan.

Even in the middle of the zero, while the States were in the country, they conducted the most detailed geological exploration in its history. It turned out that up to 40% of the world's lithium reserves are concentrated there - an element necessary for creating modern computer technology. Now China is extremely cautious about the situation in Afghanistan. Like Russia, they did not rely on the departed government of Ashraf Ghani, preferring to maintain contacts with all parties. This is part of China's success in "conquering" Afghanistan without a single shot.

For China, this is of crucial importance in connection with the Xinjiang Uygur Autonomous Region, where mainly Muslims live. This is one of the most powerful Taliban personnel bases in the world, where the thirst for justice is strong. China will not allow to rock the situation inside the country.

Meanwhile, the US strategy that changed under Biden is riddled with new details and details that directly concern Russia - one of the real "arbitrators" and guarantors of security in the region. According to the well-known Russian-German political scientist Alexander Rahr in his telegram channel, Biden allegedly took and continues to take steps to meet Russia, trying to warn her alliance to China.

According to the political scientist, he became aware that Biden, after unpleasant statements about Vladimir Putin by the American media, called Putin that evening and apologized. "Sincerely repented and offered a meeting in Europe," which happened later in Geneva. And after that, the light was finally given to Nord Stream-2.

It turns out that in the White House there was a fight between two different factions of advisers. Those who convinced the president that America would not have the strength to "restrain" both China and Russia at the same time won. And that the destruction of relations with both Beijing and Moscow will automatically lead to the docking of Russia-China, which will greatly weaken the West.

"Merkel is silent, but understands: in Poland and the Baltic states, right-wing forces and anti-liberal sentiment will now intensify. And Lukashenko plays Erdogan's game. In order to keep the border to Europe locked, he demands a rejection of sanctions against Belarus. Erdogan takes 3 billion Euros a year from Brussels for such a service, "the expert continued.

In the case of Central Asia, Russia actually secured the Tajikistan sector - it took responsibility for helping to ensure security at the border. On the other hand, Pakistan, whose military intelligence is closely connected with the Taliban, both there were and remain rear bases of militants in the country. And Pakistan is a nuclear power, where many interests of the same China are sewn up.

The failure of the Americans in Afghanistan was the result of a complete misunderstanding of the specifics of this country, the alignment of forces and means between the tribes, which still constitute the main political unit of this diverse state. Little in history has done so much damage to America's reputation in the world as this shameful flight. And the evacuation has not yet been completed - it will last until a maximum of September 11. Until this date, the Taliban promised not to engage in hostilities with coalition forces. But the time of the Western allies is at an end. 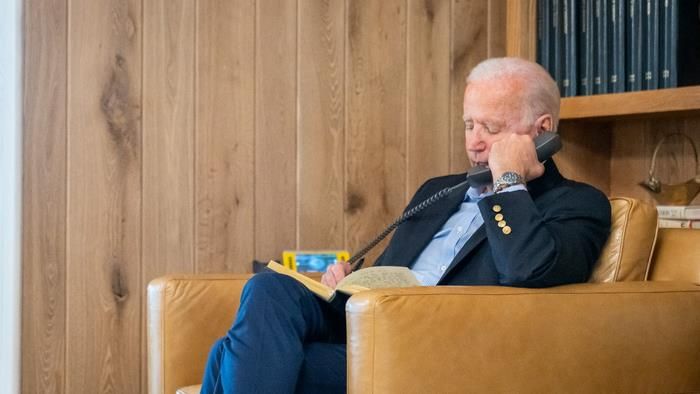 Biden, who took full responsibility for the failure in Afghanistan, in the spring intensified attempts to enlist the support of the Russian Federation to strengthen security in the region

This means that we are facing an era of instability and the rise of fundamentalist sentiment around the globe. And this is very bad news not only for Central Asia, but also for other regions where religious sentiment and a request for justice are strong.

But the legitimization of the Taliban against the backdrop of their promises, which are not worth the paper on which they are written, can accelerate this process. On the other hand, it is impossible to break off contacts with the movement - there are many foreign citizens in the country, and everyone needs to buy time to decide - how and through which the world community will act further to stop the threats emanating from the Islamic Emirate of Afghanistan.