The terrorist attack at Kabul airport could paradoxically strengthen the Taliban terrorist movement banned in the Russian Federation, including in terms of possible international recognition.

According to the correspondent of The Moscow Post, on the morning of August 27, updated data were received regarding the number of victims of the terrorist act at the Kabul airport. 103 people were killed, 210 were injured. Among them - at least 12 US military. Earlier it was said about four Americans, but later it turned out that these are losses only among the marines.

Yesterday, The Moscow Post published analytical material on the situation in Afghanistan and the position of the countries of the "free" world. His leitmotif was the reasoned thesis that the United States is avoiding itself from solving security problems in the Central Asian region.

The defeat and, in fact, the shameful flight from NATO of Afghanistan will be remembered by people just this: chaos, people falling from the fairings of aircraft, and now a bloody terrorist attack in which many civilians died.

A security vacuum was created, but there is no holy place empty. On the eve of Russian President Vladimir Putin, during a telephone conversation with Chinese President Xi Jinping, they discussed issues of preventing the spread of instability to neighboring regions of Central Asia.

The leaders agreed to maintain stability in Afghanistan with the help of the SCO. Earlier, the Russian president said that our country will help with ensuring security in Tajikistan - a member of the CSTO.

And only after that the movement was reoriented and transferred to the Afghan direction - to fight the Communists and the USSR supporting them. Now this monster created by the United States is devouring its fathers, and not only geopolitical opponents of Hail on the Hill.

ISIS appeared much later, and is also a radical terrorist fundamentalist movement. They have ideological coincidences, but there are many factors that deter even the very idea of ​ ​ their possible partnership. The terrorist attack in Kabul even tougher draws this line of demarcation.

"For ISIS, this is a common tactic. They saw that in Kabul, especially in the area of ​ ​ the airport, where there are a lot of refugees, after the change of power there is a certain security vacuum and decided to recall that they still exist and have the opportunity to continue terror.

Groups are fighting for influence on radical Islamists around the world. As Islamic fundamentalists, both organizations will always be inclined to expand - so to believe that the Taliban will suddenly not carry out a hidden or obvious expansion into Central Asia is very naive.

The Taliban, all other things being equal, in one way or another aims to exist within the framework of global social paradigms. No matter how wild it sounds in the light of their past criminal, horrible bloody acts. But this: government, interaction with other states. And most importantly, the presence of social guarantees is just a social one, sorry for the sound, and not purely religious and genesis. This makes real cooperation between these terrorist organizations simply impossible.

In 2014, the Taliban (a terrorist organization banned in Russia) proposed that ISIS (a terrorist organization banned in Russia) conclude an agreement and fight together for the Islamic caliphate, but this did not lead to anything. Including, due to the above circumstances. The Taliban have banned their supporters from any contact with ISIL recruiters.

For the first time, the presence of ISIS (a terrorist organization banned in Russia) in Afghanistan was recorded in early 2015, when the group founded the so-called Islamic State of Khorasan Province, which includes Afghanistan and parts of Pakistan and Iran. Great Khorasan - this is what Afghanistan and the bordering regions of Pakistan, Iran and Central Asia were called in ancient times.

It was then, in 2015, that the conflict between the two terrorist movements appeared vividly and openly. They competed not only on the ideological field, but also on the real field - for power in Afghanistan. The Taliban did not give it to either the USSR or the USA, and even more so they were not going to simply join ISIS and stop being an independent player. Pakistan was extremely not interested in the same.

After the proclamation of the IS province of Khorasan, the groups declared war on each other. ISIS (a terrorist organization banned in Russia), on the other hand (or "Daesh" - a name from an acronym in Arabic spelling), became the first radical group that did not respect the authority of the founder of the Taliban (a terrorist organization banned in Russia) Mulla Mukhaman Omar, whom the Taliban themselves called the amir of the Islamic Emirate of Afghanistan.

About ISIS (a terrorist organization, banned in Russia) and there is nothing to say - often in the group itself there are armed conflicts for power and influence. The Taliban (a terrorist organization banned in Russia), having a network structure, tries to stop such conflicts in the bud - they greatly interfere with the development of the movement.

Now it is quite obvious that the Taliban (a terrorist organization banned in Russia) is trying to institutionalize and gain recognition of the world community as a legitimate and legitimate government in Afghanistan. The very idea of ​ ​ trying to gain recognition in the eyes of Western states looks absurd for ISIS, who want to proclaim a world caliphate.

That is, we see conceptual differences in the approaches of the two organizations regarding their very existence and interaction with the world community. And let the Taliban (a terrorist organization banned in Russia) actually use this only a screen to buy time and strengthen, today they are natural ideological opponents. 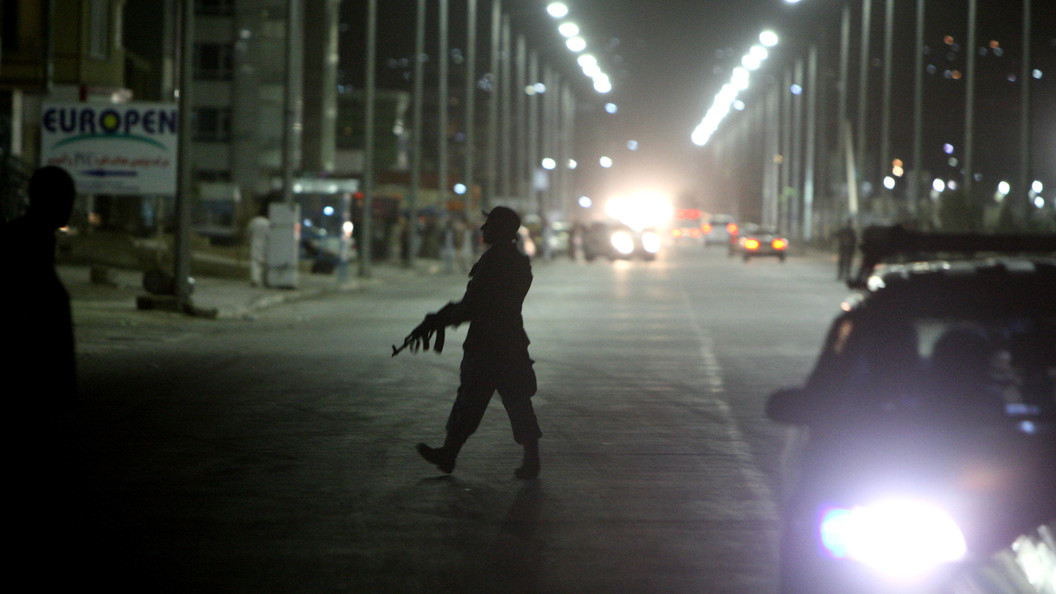 Returning to the terrorist attack in Kabul, US President Joe Biden has already announced that the coalition will strike at ISIS targets in Afghanistan and related regions. This position is puzzling - it turns out that the Americans knew where the ISIS facilities were located (a terrorist organization, banned in Russia), and did nothing? However, it is unlikely that anyone will be surprised after supporting the democratic opposition during the Syrian civil war. Many still consider ISIS the origin of American geopolitical genius - like the Taliban (a terrorist organization banned in Russia).