A reason for Biden

The US administration is once again manipulating public consciousness to prepare its own people and allies for a new round of anti-Russian hysteria.

As the correspondent of The Moscow Post reports, elected President of the USA Joseph Biden abruptly begins his presidency. The day before, he announced his intention to impose new sanctions on Russia in connection with the recent cyber attack on the Department of Energy and the digital infrastructure of three States. Despite the fact that there is no evidence that Russia is behind the attack.

Experts attribute Biden's speed not only to the attacks themselves, but also to the revival of discussion in the United States regarding the so-called Biden case - a series of suspicious operations committed by him and his son in Ukraine in relation to the Burisma oil company. As a result, the Biden family could become richer by several tens of millions of dollars - and this is at least.

The case played a major role in the war of compromising materials during the election race with Donald Trump. However, the latter had such an anti-rating and so many skeletons in the closet that Biden did not look like a loser against his background. Now that the election battles are over, and Trump has turned into a lame duck, the Biden case is again being refreshed and hits the elected President's rating.

Recall also that during the election race, the detractors of Biden and his schemes managed to get some defamatory information about Biden and his family, especially about his son Hunter, who sat on the Board of Directors of Burisma.

Apple from the apple tree

Earlier, the New York Post published a series of articles based on correspondence allegedly found on Hunter Biden's laptop, which was found in a Delaware repair shop. The owner of the workshop made a copy of his hard drive, which was then given to the personal lawyer of US President Donald Trump, Rudy Giuliani. The lawyer then provided electronic materials to the media.

One of the materials of the publication contained correspondence between Hunter and head of Burisma Vadim Pozharsky. At that time, Hunter was a member of the organization's Board of Directors. In one of the letters, which is dated April 17, 2015, Pozharsky allegedly expresses gratitude to Hunter Biden for inviting him to Washington to meet with Joe Biden, who was Vice President at the time.

In another letter, he allegedly asks Biden Jr. to think about how he can use his own influence to help the company. This and other information was on an information carrier that was sent by mail. However, later the media said that these documents were missing. This was written by Gazeta.ru.

People spreading rumours began to say that they were stolen on the orders of Biden himself, but whether this is true or not, the Biden case is being used as a brake on the formation of his own administration. The latter has already attracted a lot of criticism with controversial appointments, for example, of Mr. Lloyd Austin as Secretary of Defense.

Another wakeup call for Biden - on December 11, Hunter Biden said that Federal authorities had begun checking him for compliance with tax laws. This was written by RBC. In this case, the subject of interest of the tax authorities was not only Biden's activities in Ukraine, but also his work in China. Since 2013, Hunter Biden has served on the Board of the China-based investment Fund BHR Partners, and in 2017 he acquired a stake in the business.

Against the background of a large-scale trade and economic confrontation in the United States, this looked almost like a betrayal of national interests. It can be imagined what a howl the Democrats would raise if they found out that Trump had business ties with Russia, which he tried not to make public. Especially if it turned out that he was engaged in laundering criminal proceeds or evading taxes. 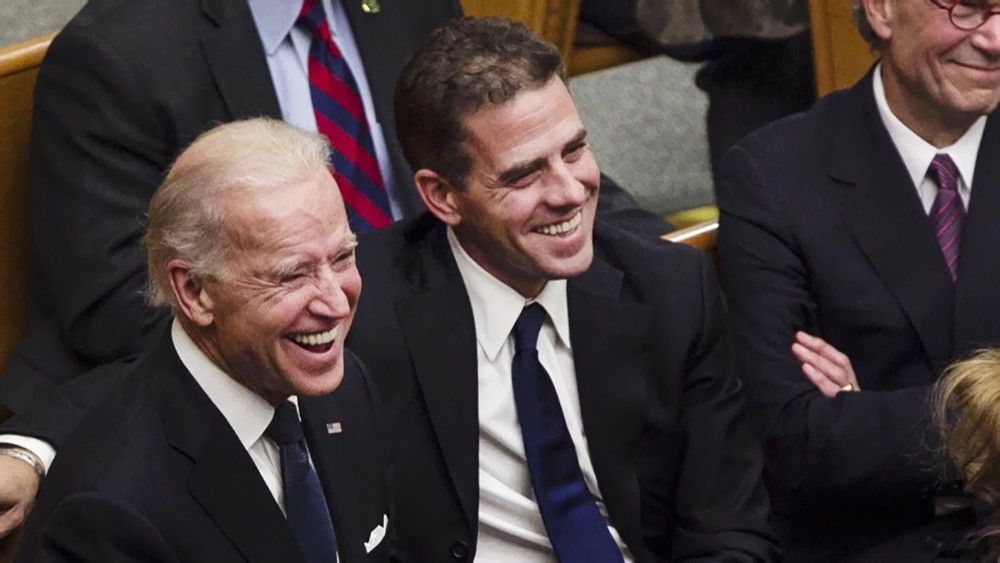 Did Joe and Hunter Biden decide to switch the public's attention from their possible machinations to "evil" Russia?

Experts immediately began to say how much the investigation will prevent the transfer of power to Joe Biden. And then suddenly there are hacker attacks, and then the guilty one is called - Russia, which supposedly wants to shake the stability of the United States and avenge the loss of Donald Trump in the election.

Flawed logic, coupled with complexes, nevertheless, it works. In recent years, with the direct participation of Mr. Biden, Russia has been turned into a scarecrow, on which, at any convenient desire, all the sins and failures of the American administration are pushed.

So far, there is no sane information about who could have carried out the attack on the Department of Energy and infrastructure of the States. Neither the aim of the attack, nor the actual damage that it could cause, is named. Moreover, it was even said that the attack had been taking place for several months, just "no one noticed" it.

Allegedly, the attack has been going on since March 2019. As if the hackers used for their own purposes updates released by the SolarWinds IT company in the period from March to June for its Orion software. Among the clients of this company there were US government agencies, including the Ministry of Finance. But, for some reason, the Ministry of Finance did not appear in the latest reports, the Ministry of Energy took its place.

Regardless of what, according to the American media, the hackers used, and what was the subject of the attack, the guilty ones in this story are not changed. Anyway, the Biden administration has already announced the possibility of introducing new sanctions. So far, the cherished word "Russia" has not been heard, but everyone understands what country we are talking about.

"The response should be strong enough to create large economic, financial and technological losses for criminals, but at the same time avoid an escalation of the conflict between the two nuclear-armed adversaries since the cold war," said one of the sources in Biden's inner circle. He is quoted by RIA Novosti.

Less than a few days after the congratulations that Russian President Vladimir Putin sent to Joe Biden on his election victory, tensions in relations are only growing. This applies not only to the United States itself, but also to its main foreign policy project - NATO. Functionaries of the Alliance associate the second breath of the organization with a new confrontation with Russia.

Vladimir Putin was asked about this at his recent big press conference. The topic was raised by BBC correspondent Steve Rosenberg. He asked Putin if he felt responsible for the "deplorable condition" of Russia's international relations. What exactly Putin should feel responsible for, the journalist listed: Crimea, the use of chemical weapons in Salisbury, the poisoning of Navalny. "Or are you white and fluffy"?

That is, the journalist collected all the cliches and situations that the West attributes to Russia. The President was not satisfied with this approach, and he rightly pointed out that in comparison with the West, Russia can really be considered white and fluffy.

It does not take much to reveal this thesis: the coup and the civil war in Ukraine, the invasion of Iraq and Syria, the actual destruction of Libya, provocations with chemical weapons. Now another topic has been added - the poisoning of the well-known Russian opposition leader Alexey Navalny.

It is difficult to understand whether there was any poisoning or not, because the German clinic where Navalny was treated does not want to provide any evidence to the Russian side. Recently, an investigation was published about the poisoning of Navalny, in which for some reason only Western media took part. Clearly not without the help of foreign intelligence, Navalny unreasonably demands to impose new sanctions on our country.

Combining all the events of the past week, there is a complete impression of a coordinated information attack on Russia, which may aim to prepare the General Western public for the introduction of new sanctions and the continuation of other methods of pressure on our country. The fact that this is happening even before Biden officially takes office suggests that it is not worth waiting for improvements in bilateral relations during his presidency.