AFK Sistema entered into a confrontation with Rostec, trying to get another tidy piece of metropolitan real estate, while in the past it has repeatedly failed in the development market and sold specialized assets.

According to the correspondent of The Moscow Post, AFK Sistema Vladimir Yevtushenkov, through its subsidiary Tekhnoinvest LLC, entered into a legal dispute with a number of companies, including S-Development LLC and RT-Capital. The latter is a subsidiary of Rostec State Corporation, which sells non-core assets.

The lawsuit of Tekhnoinvest is related to the results of the June auction of Rostec for the sale of property of the Moscow Engineering Enterprise (MMP) named after Chernyshev. We are talking about areas of 60 hectares for residential development. The auction was won by C-Development, which may be associated with the developer MR Group. Yevtushenkov's "system" is clearly aimed at its own development project, and is trying to challenge the outcome of competitive procedures.

This is not the first Rostec asset that falls into the hands of large developers. The corporation sells former plants, including once strategic production, for commercial or residential development. Earlier it became known that structures close to Rostec gave MR Group for development the territory of the former NPO Moscow Radio Engineering Plant in Moscow.

Now AFK Sistema claims assets in the real estate sector of Rostec. Only unlike the MR Group, in sympathies for which Yevtushenkov could suspect Sergey Chemezov, for Sistema the development business is not specialized. The Moscow Post previously wrote about how expensive state property is being sold under the possible cover of Rostec.

In the case of MMP, the areas could be withdrawn by Sistema at a lower price, and she would have the opportunity to resell them for some specific development project at a low cost. However, the option in which the company builds the territory itself is not excluded. 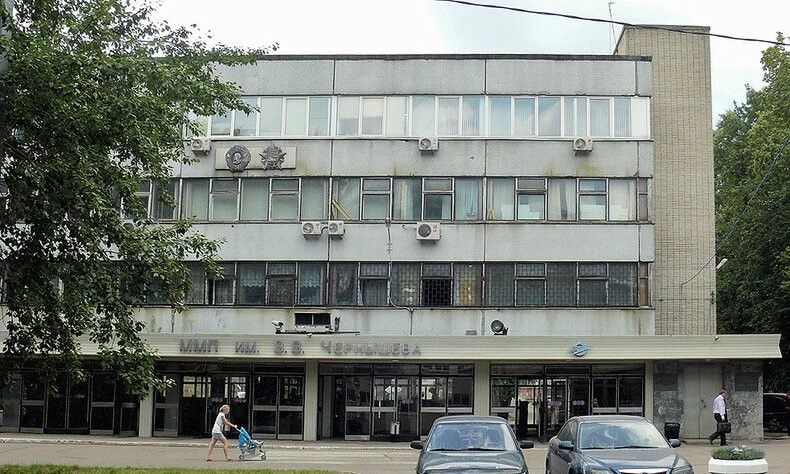 For expensive land in the capital, Yevtushenkov is ready to compete even with Rostec

It's all about the Sistema business model, which has been active in the real estate and development market for more than a year. Sistema itself does not produce anything, does not provide any services. This is a set of funds that are engaged in investments, which at one time attracted many market players.

Today they hold the shares of both Sistema itself and its daughters. The idea of ​ ​ buying investors boils down to the thesis that Sistema allegedly trades at a large discount regarding the value of its daughters, and their shares have a high dividend yield.

But in fact, profitability is often dubious, and the actions of Sistema in the market, according to some experts, may recall the usual speculation, during which the auction value of companies often falls. These companies then, as a rule, are quickly implemented, or vice versa, remain in the orbit of Sistema, despite the debt burden.

In the case of real estate, experts note the case of Mosdachservice. Until 2009, Sistema owned Sistema, an elite real estate developer, but then transferred it to VTB under a debt burden. And shortly before that, the same company sold several of its daughters to Sistema, among which was Mosdachtrest JSC.

That is, a structure with a bunch of assets was allocated from the debtor company, which they themselves later bought back, having received the previous profitability, but without the previous encumbrances? Very similar to that. The remaining assets of Gals Sistema, which VTB renamed Gals Development, were later transferred to the bank's mutual funds.

Could this all be the result of some agreements between Vladimir Yevtushenkov and VTB head Andrei Kostin?

The territory of the Moscow Machine-Building Enterprise is not the only tidy piece of real estate where strategic production was previously located, and which fell into the sphere of interests of Sistema. And the "System" does not always work directly.

In February 2020, Segezha Group holding, which is part of Sistema, became the owner of the Giprobum Institute, which designs pulp and paper enterprises (CBP) along with all its property. The main building is located on Riga Avenue in St. Petersburg - an ideal place for the next development project.

According to our sources, a residential complex may soon appear on this site, which will be built by Etalon Group of Companies. This group of companies is also controlled by Yevtushenkov and is engaged in real estate. They explained that they want to create their own project bureau and competence center there. 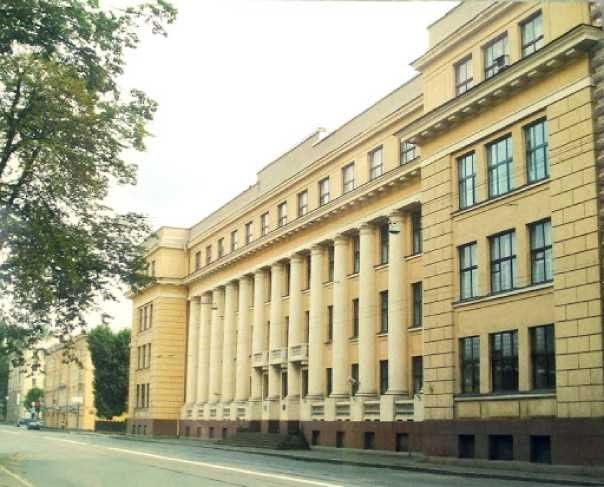 The building of the Institute of JSC Giprobum was acquired for the next development project of Yevtushenkov?

But back in 2005, "Delovoy Petersburg" wrote that Sistema AFK allegedly claimed the real estate of Giprobum. And clearly not to build a design bureau there, but for a large project in the field of residential real estate. Subsequently, representatives of Sistema denied this. And the institute, in order to preserve itself, had to sell its building on Lermontovsky Prospekt. Now, it seems that his fate has been decided. And is it waiting for MMP if his property leaves Sistema?

Many assets fell into Sistema under strange circumstances. The loudest such case is associated with the criminal prosecution of Vladimir Yevtushenkov. We are talking about the Bashneft company, which, following the results of all legal proceedings, was nationalized and departed to Rosneft Igor Sechin.

Some see one policy in this case, and miss the legal side of the issue. But according to the results of the privatization of Bashneft, which turned out to be with Sistema, questions may still remain for Yevtushenkov.

In 1998, the President of Bashkortostan Murtaza Rakhimov created the Bashkir Fuel Company, which included many specialized enterprises of the Republic. They were managed by the son of Murtaza Ural Rakhimov. In 2002, he allowed the sale of BTC-owned assets in order to "increase their efficiency." Among these assets was the future Bashneft.

The shares were bought by several OOOs - "dummies," and after that they were transferred to the Bashkir capital company, allegedly owned by Ural Rakhimov. Subsequently, they switched several more times from some companies that connected with Rakhimov to others, until they were with AFK Sistema.

Many suggest that Sistema could agree with Rakhimov to act as a wallet and asset holder. But it's just rumors. Rakhimov himself quickly left Russia, and a criminal case was opened against Yevtushenkov.

He was charged with money laundering, but they did not find the corpus delicti. Everyone knows the result - it was not Yevtushenkov who was behind bars, but the former head of the Ministry of Economic Development Alexei Ulyukaev.

There is still talk on the market that Yevtushenkov easily got off. It is possible that he actively defends himself from possible questions of law enforcement officers and other threats, organizing around him a team of even odious, but influential and resource managers.

Not so long ago, the former head of RusHydro, Evgeny Dod, was in his team. He became a member of the board of directors of Segezha Group, which has recently been experiencing financial difficulties and is trying to get support from the state.

In the past, Dod was suspected of fraud as part of an organized group or on an especially large scale and was in jail. Allegedly, he wrote out huge bonuses to himself and close colleagues following the results of his work at RusHydro. "Vedomosti" wrote about this, but today the case has been dismissed.

The famous businessman Ali Uzdenov, whom detractors in the past tried to connect with the criminal world, also manages Segezha. Recently, following the results of long judicial procedures, he gained control over the Mishkino factory. Many believe that the money that was issued in the form of a loan to Mishkino could be provided to partner Uzdenov by Sistema. And it is possible that in the end the factory will be with her.

Among the other managing partners of the System, the former head of the Agency for the Development of the Far East (ANO API) Leonid Petukhov stands out. He left the agency at the end of 2020, it was abolished. And before that, searches were held there.

In the past, they tried to attribute connections with Western structures to Petukhov - he worked for a long time at the consulting company McKinsey, studied in the United States, and after that he could light up in a high-profile international scandal with the Ukrainian oil and gas company Burisma. About him and other members of the team Yevtushenkov previously wrote in detail The Moscow Post. 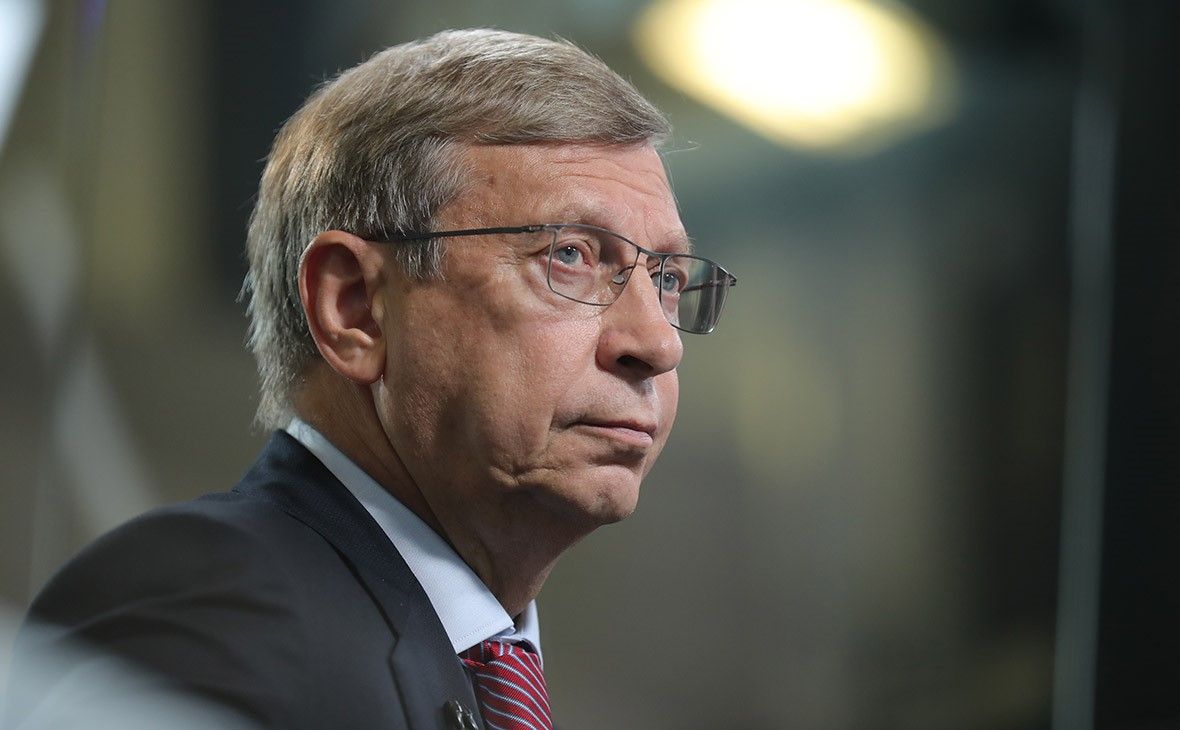 Yevtushenkov gathers around him a scandalous, but resource team that can support him in a crisis

Apparently, an "umbrella" of influential figures and high-level lobbyists failed at the bidding for the implementation of the Moscow Engineering Enterprise named after Chernyshev. However, in such situations, Yevtushenkov was not used to giving up. The lawsuit of the subsidiary of Sistema, Technoservice, was only recently registered in court. So the fight for the asset is just beginning.