Is Anatoly Yerkulov "squeezing" business in the interests of his ex-boss Kirill Seleznev?

According to The Moscow Post, the A1 investment department of Mikhail Fridman and Herman Khan's Alfa-group managed to recover 49% of the Karelian berry processor Rusbioalyans through the court. Earlier, this share was sued by the ex-owner of the stake of GRSP Magnit. Apparently, A1 is acting in the interests of former Gazprom top Manager Anatoly Popov. Or may the former head of the latter - the scandalous Kirill Seleznev  -  be also highlighted here?

A1 is now 100% owned by the company. In September 2014, A1 acquired 51% of the company from the founder Sergey Pomelov, and then through its structure called Chicago, turned into the ownership of the remaining share, which belonged to GRSP Magnit, but was pledged.

The fact is that in 2018, Rusbioalyans signed a loan agreement for the amount of 2.33 million dollars with Regionstroykontrol LLC secured by its own shares. Soon the debt of Regionstroykontrol went to Chicago company. But this idea did not come to A1 structure independently - as noted in the company, it was "suggested" by  Anatoly Yerkulov. All this leads to believe that the transactions were carried out in his interests.

It is noteworthy that Yerkulov was called the real beneficiary of the GRSP Magnit, which for a long time was the largest contractor for the Gazprom for Children project. As Versia wrote, the CEO of the company Sergey Pamelov actually confirmed to the media that Magnit may be behind Yerkulov. By the way, orders for  Gazprom for Children were issued by Gazprom Investgazifikatsiya, which was headed by Yerkulov. Does it mean that that the businessman gave multibillion contracts to himself?

Generally, Magnit's relations with Gazprom structures are very interesting. It started receiving fat contracts after the Fund for Support of Social Initiatives of JSC Gazprom was headed by Vladimir Priymak. And his brother, Alexander Priymak, took a big part in the work of the office at that time. Officially, he was not listed in the company, but the current owner of Magnit, Vadim Lukin, called him an ideological mastermind.

And everything was fine with the company until one fatal incident. As reported by 47 news in June 2018, Alexander Priymak died in an accident. The businessman was driving a car belonging to Saanyane Andronicus, the head and owner of RSK LLC, which also received orders from Gazprom Investgazificatsii. In particular, to conduct construction control over the construction site in Sochi, which was conducted by GRSP Magnit.

After that, Magnit was showered: new multibillion contracts were not given to it, existing contracts stalled, and then Gazprom Investgazifikatsiya filed a lawsuit against the office for almost 4 billion rubles. Fontanka wrote about it.

Things are still not very good in the company. For example, its profit is in minus by as much as 218 million rubles. Remnants of former luxury…

This situation suggests that there was an "agreement" between  "Magnit" and the structures of the monopolist. Their people in the firm helped to "divide" the budgets of monetary contracts. But a tragic accident ended everything.

Apparently, Gazprom failed to get hold of the firm, so they decided to "hire" A1 company to help them arrange it.

Anatoly Yerkulov could, probably, also participate in these "shemes". And he, apparently, generally likes to participate in complicated cases. So, he was listed as a co-owner of Hotel Management LLC, which manages the Hilton hotel in St. Petersburg. His business partner was Ivan Mironov, the half-brother of the former head of Gazprom Mezhregiongaz Kirill Seleznev. Natalia Konovalenko, Seleznev's former Deputy for Economics and Finance, was also among the co-owners. Does it mean that Yerkulov came to work in Gazprom thanks to Mr. Seleznev? 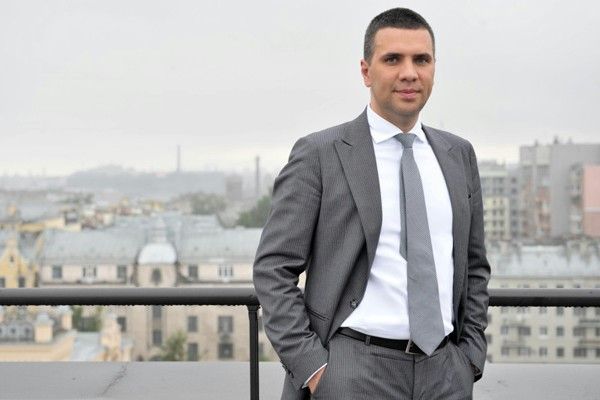 Is Yerkulov "aiming" for the berry business?

He didn't waste any time at the State Corporation. So, during his leadership of Gazprom Investgazifikatsiya a number of contracts with CJSC Expoforum at 4.5 billion rubles were signed. What is noteworthy is that at one time Yerkulov himself managed this firm. Is that another case when a top Manager gave the order to himself?

He managed to be highlighted in the scandal. As Versia wrote, together with Konovalenko in 2015, journalists suspected him of trying to withdraw about 400 million rubles through "friendly" companies. Then allegedly Seleznev and entrepreneur Mikhail Sirotkin managed the process. Top managers, on the other hand, could conceivably create a whole network of affiliated firms that received government orders. In particular, we are talking about ANT-Inform LLC, Gazstroy North-West LLC, ProjectTechnology LLC and ARMA LLC, which were cross-linked by their owners, founders and beneficiaries.

He is also connected with Ms. Konovalenko by another business - Transstroy company. Each ex-top has 25% in it.

It seems that Yerkulov's boss, Kirill Seleznev was not aside of such "schems". No wonder, because, as the evil tongues said, their communication allegedly went beyond the official one. While at Gazprom, Yerkulov tried to strengthen his boss's position in the company.

No wonder. that these people have become friends — Seleznev, after all, is not a simple figure as well. He may be connected with the criminal case of the "gas king" Raul Arashukov. The latter was convicted of creating an organized criminal community for the purpose of gas fraud and for a particularly large embezzlement of 2.5 billion rubles. This was reported by Kommersant.

The fact is that Arashukov also worked as Seleznev's Deputy. In fact, the latter saved the "criminal" Manager. As RBC wrote, the Arashukov family controlled the gas industry in the Caucasus for many years. And so, allegedly, in 2011, an inspection was carried out there, which showed that they sold positions, and also carry out unlimited deliveries to the regions of the Caucasus, on which the management could profit. Igor Sechin found out about this story and hastened to complain to Vladimir Putin. As a result, the President personally ordered Arashukov to be dismissed completely from the Gazprom structure. But after his dismissal, he did not grieve for long - quickly settled under the "wing" of Seleznev.

Indeed, there were often stealings in Mezhregiongaz during Seleznev's management. For example, in 2018, Sergey Podolny, a top Manager of Gazprom Mezhregiongaz Omsk, and Alena Babiy, former head of the Strategic Development Fund, were "caught". According to Kommersant,  the dealers "heated" the state for 200 million rubles!

The story of a possible "dividing" with the participation of Mikhail Sirotkin is not the only one in Seleznev's track record. The Moscow Post previously wrote in detail about similar "deals", but with other dealers.

But Mr. Seleznev got away with all these episodes. Even though "threads" from another high-profile criminal case are also coming to him. So, the arrested Colonel Dmitry Zakharchenko could "launder" money through Peton LLC. And this company was very much liked by Gazprom - it had contracts with it for 28 billion rubles!

But this could not continue for a long time - Seleznev had to "go down" after Arashukov's arrest. Now the former owner ofGazprom is "holed up" in RusKhimAlyans, where he is listed as CEO. It is noteworthy that this company is a contractor of Gazprom - it is building a complex for processing ethane-containing gas and producing liquefied natural gas in Ust-Luga with a total budget of about 2.4 trillion rubles. It is rumoured  that Alexey Miller put him in this office - so his friend is not in sight, and still near him.

Could Seleznev, in order not to be highlighted, ask his ex-subordinates to "get" an asset for him? Or does Anatoly Yerkulov want to eat enough Karelian berries?

08 September, 8:16
How Safin and Miller play the pipes

28 February, 7:56
How many Doev to the state: who is behind the collapse of Gazprom's "daughter"?

29 October, 8:01
Chemezov on Muradyan's wire, or the iPhone from Russia
See also