The scandalous businessman David Yakobashvili, who was involved in the criminal case of fraud with the shares of the Yeisk Elevator, could have been behind the loud story about the transfer of the premises in favour of CJSC Kvartal.

As the correspondent of The Moscow Post reports, the real detective story unfolds in the Presnensky district court of Moscow, which the day before according to its decision arrested the investment director of the financial company Fontvielle Oleg Pokrovsky for two months.

He was accused of attempting to commit a particularly large fraud. According to the investigation, Pokrovsky promised the founder of the Wimm-Bill-Dann company, the scandalous businessman David Yakobashvili to resolve the issue with the termination of the criminal case on fraud related to the Kvartal company, with which Yakobashvili himself allegedly has something to do. For this, he asked for $3 million, but he was in no hurry to fulfill his obligations.

Yakobashvili, feeling something was wrong, wrote a statement to the police, according to which Pokrovsky was detained. However, according to evil tongues, allegedly Yakobashvili himself could be behind this story with a possible fraud. Moreover, he could also stand behind the Arendkom LLC company, which sued the Rosreestr, but could only do it for show. First things first.

According to Kommersant, in September 2019, between Arendkom LLC, owned by Olga Mirzoeva, and the now-wanted general director of CJSC Kvartal, whose shareholder, according to the publication, is Yakobashvili himself, an agreement was concluded on compensation in the form of real estate under a loan agreement.

It was about an expensive room in Staropansky Lane in Moscow. The transfer of ownership from Arendkom to CJSC Kvartal was recorded by the Office of Rosreestr service in Moscow. However, soon Mirzoeva suddenly said that the agreement with the company was written by the former general director of Arendkom, Andrey Lapshin, under the threat of violence from the management of CJSC Kvartal, and who was also misled.

Following the transaction, according to Mirzoeva, her LLC lost its only asset, and the company's activities had to be stopped. As a result, a criminal case was opened on fraud, the general director of Kvartal disappeared, and David Yakobashvili had to solve this situation. However, as we wrote above, all this could have been done for show - according to rumours, to "take away" the premise from one possibly affiliated legal entity to another, without any real loan agreements and compensation.

If there is any truth in this version, the question is why? The answer can be quite prosaic: thus it would be possible to bring the asset from Arendkom. But Mrs. Mirzoeva became the owner of the company only in 2019. And only in 2019, she replaced Mr. Lapshin as CEO.

Everything possible taken away from Arendkom?

What can we see in Arendkom now? The company seems to be almost completely drained. At the end of 2019, it has no revenue and no asset value, and losses amounted to 56 thousand rubles. In 2018, the losses were 4.8 million rubles. It seems that money could be simply withdrawn from the structure in a veiled way, and only in 2019, so to speak, this process could be taken under control.

It is not possible to confirm or deny this, but the point is different. After the incident with the transfer of non-residential premise from Arendkom in the Kvartal, the trial was started. If it was some kind of scam, and Arendkom and Kvartal are connected with each other, then the court with Rosreestr, which formally did not violate any laws, could be an excellent cover to whitewash the whole story.

And here is the most interesting part. Arendkom appealed to the Arbitration Court of Moscow with a demand to recognize the decision of Rosreestr on the transfer of ownership rights to the premises in Staropansky Lane as illegal. And CJSC Kvartal, which, in fact, could be the defendant in this situation, acted as a third party in court. That is, in fact, it could support the applicant's position. This is interesting.

Excerpt from the decision of Arbitration Court of Moscow. Why did CJSC Kvartal suddenly act as a third party, that is, it could actually support the applicant?

As a result, the Arbitration Court recognized the actions of Rosreestr as legitimate. The decision of the higher authorities was exactly the same. At the same time, the case of possible fraud with this non-residential building, we recall, is still being investigated, the point is not put in it. Whether Lapshin was pressured or not pressured - according to the documents, everything should be "captured". And in this case, what decision could the court make?

At the same time, Mr. Yakobashvili himself did not participate in the court - formally, he is generally, as they say, "not in business". And here we turn directly to his scandalous personality. Could he have conceived such a multi-step campaign, and even "set up" the court to give legitimacy to all this.

Now, attention. According to evil tongues, Yakobashvili himself could have something to do with Kvartal. Otherwise, why all this "mess" with Pokrovsky turning to him, some $3 million to hush up the case, and so on?

And here we recall another high-profile criminal story, in which the businessman Yakobashvili himself was already a defendant. Talking about the kidnapping of a U.S. citizen, businessman Boris Minakhi. According to the Russkiy Criminal website, the alleged defendants in this case were Batyr Bekmuradov (an associate of the "authoritative" businessman Zakhar Kalashov), as well as, attention, David Mirzoev, whom the authors of the website call a companion and almost the right hand of David Yakobashvili. 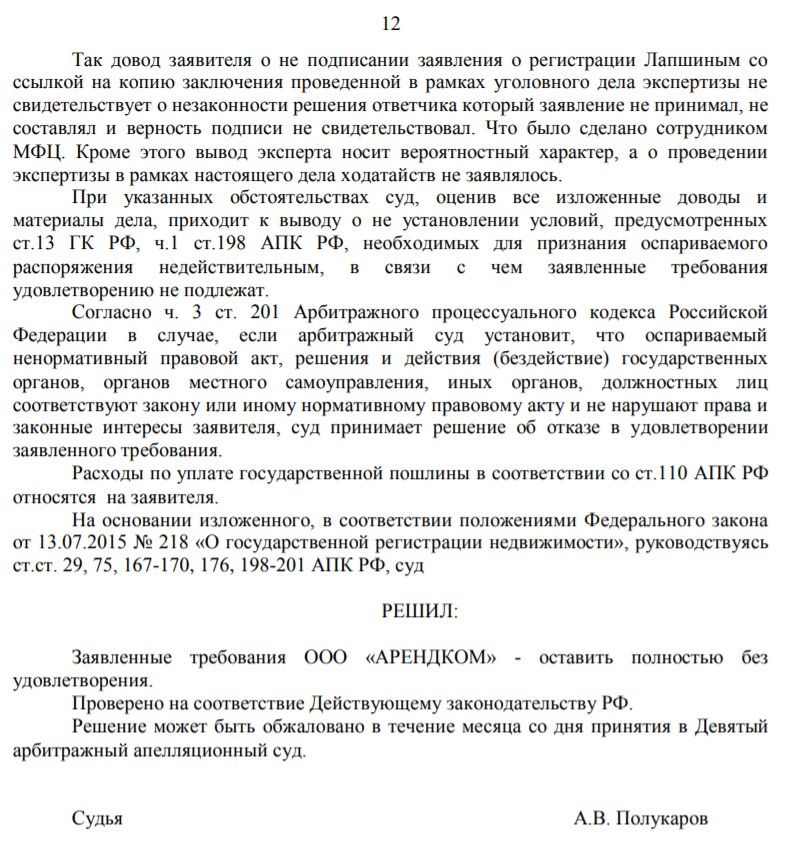 The decision of the court of first instance on the application of Arendkom to the Rosreestr. The full text can be found here

David Mirzoev. Exactly the same name is used by the owner of Arendkom LLC, who is an active participant in the above-described story with court proceedings with CJSC Kvartal. According to rumours, she may be the wife or other relative of David Mirzoev. If we assume that this is true, and there could be some connection between Mirzoev and Yakobashvili, it turns out that there could also be a connection with Olga Mirzoeva.

And if so, then the whole story with the "dissatisfied" Arendkom LLC, which is trying to cancel the decision of the Rosreestr to transfer the premise on Staropanskaya Street to the property of CJSC Kvartal can be a subtle performance to divert any suspicions from Arendkom. Like, we are the injured party! And even more so - from Yakobashvili.

The story about Minakhi and elevator

But earlier Yakobashvili himself could get prosecuted for the kidnapping of businessman Minakhi. And this story is extremely revealing in that it draws the finishing touches to the portrait of the entrepreneur.

Minakhi was a friend and partner of Yakobashvili, but then there was a conflict between them over a large Yeisk Port Elevator. The friendship ended when it came to money. Between Minakhi and another co-owner of the elevator - United Grain Company (UGC, owned 46%), disagreements arose on the volume of investment in the business. UGC held an auction on its package, Minakhi won it, but for some reason refused to finance the deal. And it seems that Yakobashvili had to pay $18 million for these stocks.

Thus, in 2018 Yakobashvili applied to the Main Investigation Department of the Main Directorate of the Ministry of Internal Affairs in Krasnodar region. A criminal case was opened, and the defendants faced up to four years in prison. But in the end, the investigation stopped.

According to Minakhi, in 2017, he demanded that Yakobashvili repay the debt, but he did not do so. Yakobashvili, in turn, stated that he never borrowed money from Minakhi, but, on the contrary, regularly gave loans to the latter.

As a result, in 2018, the court rejected the claim of Minakhi - he was unable to provide the original loan agreements. However, something else is important. Even before that, in 2017, Boris Minakhi was attacked - he was abducted along with his security guard. He was threatened and demanded to return the money. At that time, nothing was known about the identity of the attackers, but now, as indicated above, it became clear that it could be about Mr. Mirzoev. However, this should be established by the investigation and the court.

At the same time, Yakobashvili himself also had problems. In mid-2019, it became known that the FSB conducted searches in the Collection private museum of David Yakobashvili. This was written by RBC. 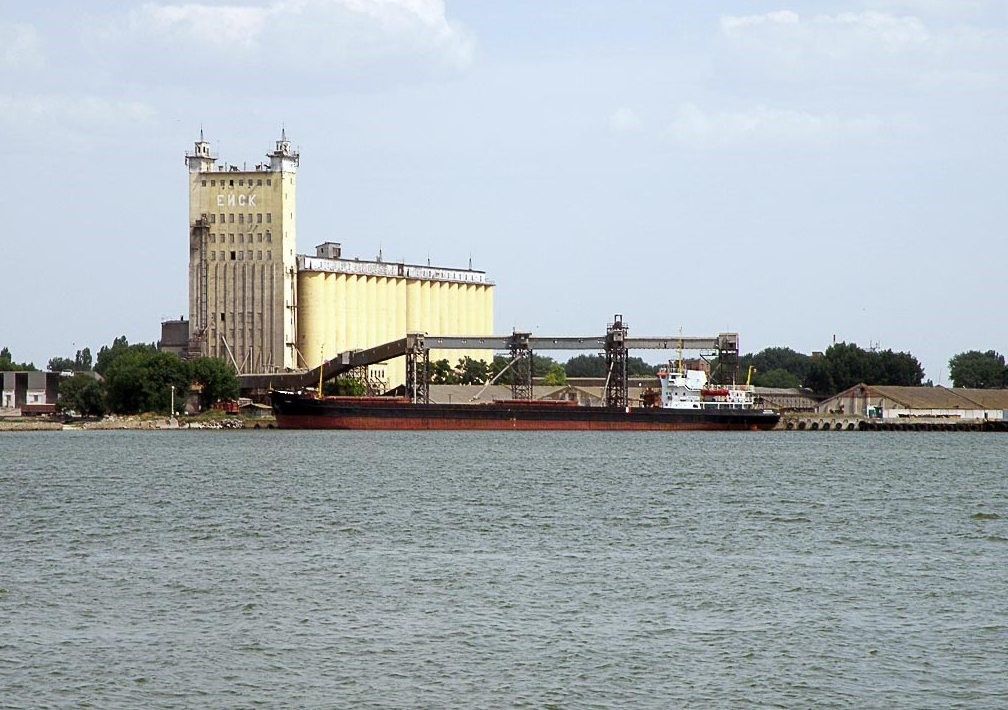 Yeisk Port Elevator, because of which Minakhi and Yakobashvili had a conflict?

The Collection Museum of private collections has about 20 thousand exhibits. It features paintings, drawings, collections of antique clocks and mechanical musical instruments. According to rumours, it could be revenge of Minakhi to Yakobashvili. At the same time, according to the authors of the VChK-OGPU telegram channel, the searches were allegedly conducted not only at Yakobashvili, but also at David Mirzoev already mentioned by us.

In the whole story with Minakhi, it is interesting that Yakobashvili was initially held in the case of possible fraud with the stocks of the elevator as a defendant, as Versia wrote. He even left Russia, but later returned, was questioned and remained in the case as a witness.

The story is extremely murky. Maybe not less, but even more murky than the story of Pokrovsky, Arendkom and Kvartal. There are still a lot of white spots in it, and the court's decision in favour of Rosreestr, as well as the arrest of Pokrovsky, create more fog.

One thing is clear - it seems that the possible role of Yakobashvili in this scandal with Pokrovsky and the premise on Staropanskaya Street is not fully studied. Should the entrepreneur leave the country to wait a bit, as was in the case with the scandal associated with the elevator and Minakhi? In this case, many things will immediately become clear.