Without a pump on the way out: will Pampina Votsi's business have to leave Russia?

The presence of the scandalous entrepreneur Pampina Votsi in Russian companies amid a wave of Western sanctions is alarming and seems inappropriate. Given her mixed reputation, is there no way to end any relationship with her?

Last year, businesswoman Pampina Votsi was on the board of the director of the PIK Group, one of the largest development structures in our country. She was involved in other Russian companies. At the same time, Ms. Votsi's reputation is not the most unambiguous. Someone is trying to compare her activities with outright raiding.

In this regard, the presence of Pampina Votsi in the management bodies of Russian companies, among their owners, as well as the participation of related companies in public procurement, to put it mildly, looks strange. Especially against the background of the hysteria and unprecedented sanctions pressure exerted on Russia by Western countries. Can Ms. Votsi "ask to leave" the country, the correspondent of The Moscow Post understood.

Under the shadow of Mogilevich

Pampina Votsi was seriously integrated into the Russian economy. Moreover, in even such sensitive industries as rocket and space, aviation, construction, food, and so on. So Pampina Votsi since December 2007 has been on the list of affiliates of the PIK Group of Companies Sergey Gordeev. In fact, from that time on, she could take part in the activities of the group.

And what did this lead to? Were there any problems of PIK Group with unfriendly acquisitions with construction quality and mass layoffs? So the network publication Smotrim.ru (part of the VGTRK holding) wrote that the PIK group, which belongs to Sergey Gordeev, reduced a thousand people from the Morton development company absorbed by it. In total, after Morton moved to the PIK Group, it was planned to reduce 3,000 Morton employees. 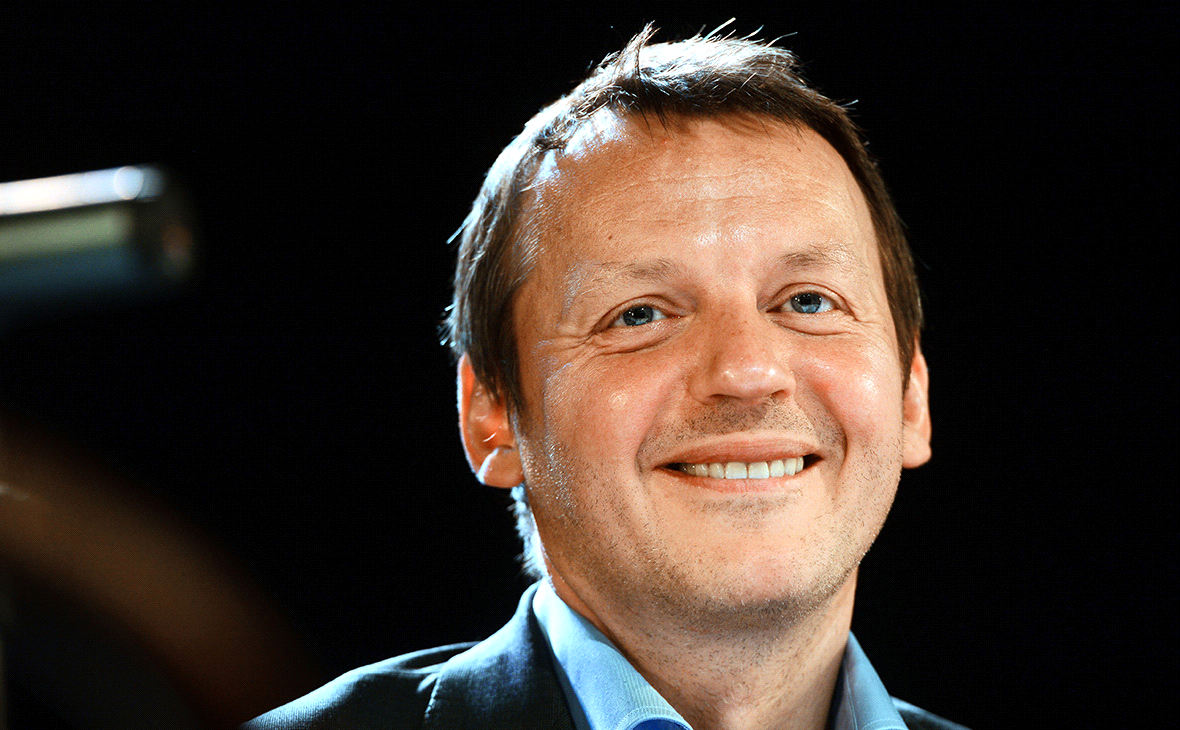 Connections could also allegedly be established between former US President Donald Trump, Semyon Mogilevich and the PIK Group. "Last year, The Washington Post reported that one of Donald Trump's Moscow partners of the year could be the owner of the group Sergey Gordeev. Gordeev proposed to build a residential complex under the Trump brand at that time to the US presidential candidate at the end of 2015, "The Insider reported in the same material (the publication was recognized as a foreign agent in the Russian Federation). It is clear that Sergey Gordeev chose to refute these connections.

It turns out that Pampina Votsi could represent the interests of Semyon Mogilevich and his "dear Western partners" from The Bank of New York Mellon in the PIK Group? And this despite the fact that the beneficiary of the PIK Group Gordeev is considered a friend of German Gref, under whose leadership Sberbank actively credits PIK projects. That is, Sberbank's money could flow to The Bank of New York Mellon? 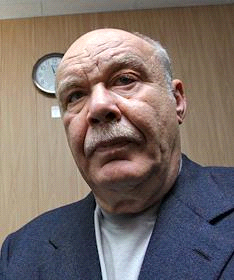 Vedomosti wrote that Semyon Mogilevich was arrested in January 2008 on suspicion of non-payment of taxes of $1.5 million. In April 2011, the online publication Smotrim.ru reported that the criminal case against Semyon Mogilevich (also known as Sergey Schneider) was dismissed for lack of corpus delicti. It turns out that Mogilevich "served" more than three years. Obviously, this time was quite enough to give up some assets and interests.

At the same time, according to the author of the a-abaimov blog on the Live Magazine platform, allegedly Pampina Votsi helped Mogilevich in Ukraine in the schemes for the purchase and sale of Russian gas, in which the co-owner of RosUkrEnergo Dmitry Firtash was involved: "Highrock Holdings, where the firm Part of the shares of the company belonged to the other ex-wife of the mobster - Galina Telesh. It was Highrock Holdings, with the assistance of the former director of Naftogaz Ukrainy Yury Boyko, that managed to oust the previous monopolist, ITERA, from the Ukrainian gas market. "

Recall that ITERA is a Russian gas company. Today it belongs to the Russian state corporation Rosneft. Thus, it turns out that Pampina Votsi, together with Mogilevich, could participate in the scheme of squeezing Russian business from the Ukrainian gas market? Indicated Yuri Boyko today is a deputy of the Verkhovna Rada.

Also, according to the author of the blog a-abaimov.livejournal.com on the Living Journal platform, allegedly Pampina Votsi could conduct the affairs of Mogilevich in the Ural Mining and Metallurgical Company (UMMC). In addition, she served on the boards of directors of Transaero and Dixie Group subsidiaries.

At the same time, since 2010, Pampina Votsi could be seen in affiliates of PJSC Gazprom. This is not surprising at all, given that he, Ms. Votsi, was associated with the business of the former director of Gazprom Sotvest LLC, and now - State Duma deputy from the Liberal Democratic Party Boris Paykin. He was also a partner of the Fort Group. The Version wrote that Pampina Votsi and her partner Christodoulas Vassiliades were listed as directors of Escamer Investment Limited, apparently affiliated with the Fort Group. Pampina Votsi helped Paykin spin the money received at Gazprom? 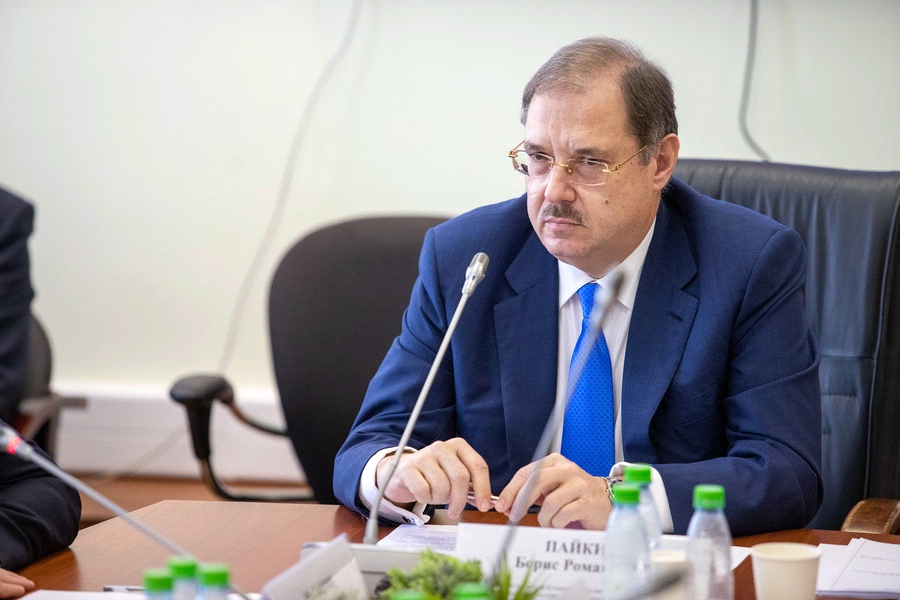 It is not surprising that, having such connections, Pampina Votsi began to entangle key Russian companies more and more. So in October 2019, Progress Rocket and Space Center JSC (Samara) held a tender for the purchase of Microsoft licenses for the Enterprise Agreement program. Despite the fact that sanctions from the United States at that time were already operating under a full program, about 146.7 million rubles were allocated for the purchase of software (software) by the American corporation Progress. And this was far from the first such waste.

The supplier was supposed to be SoftLine Trade JSC, a company associated with Pampina Votsi, by this time already lit up in a number of very strange schemes. The software supplier used in the production of missiles belonged to the offshore company Axion Holding Cyprus Limited, whose director was Pampina Votsi.

It is significant that its Axion Holding Cyprus Limited was supervised by Izhevsk Motor Plant Axion Holding JSC, a multidisciplinary strategic instrument-making enterprise of the military-industrial complex. It was at this enterprise in 1948 that the experimental production of AK-47 machines began. The spelling of Axion Holding is similar to the Russified name Axion Holding. You can't explain it with a simple coincidence.

And who under such conditions will guarantee that Axion Holding Cyprus Limited, together with Microsoft, will not somehow harm the Russian defense and space complex? After all, software is an excellent opportunity to visually monitor what is being done on computers where specific software is installed.

Such a development of events should not be ruled out at all. Especially against the background of the fact that Pampina Vosti was already lit up in schemes that in another situation could recall banal raiding. For example, the scandalous situation was at the Kurilovsky automobile repair plant (Podolsky district of the Moscow region). As Novye Izvestia wrote, Cortes CJSC began to buy shares of the plant. The director of Cortes was an offshore company registered in the state of Belize, whose director was Pampina Votsi.

Cortes was primarily interested in real estate. Therefore, she proposed to liquidate production, free premises from equipment, dismiss workers, and use the factory territory of the plant as a warehouse complex?

A similar story took place in the oil and gas company Timan oil & gas (TOG), which is developing a strategic Nizhnechutinskoye field with reserves of more than 100 million tons of oil. As Kommersant wrote, Credit Suisse Bank transferred 14% of its TOG in favor of RebBell, whose director was Pampina Votsi. Also, debt related to TOG shares was transferred to a company led by Votsi. Credit Suisse was pledged 45% of TOG, which belonged to the founder, co-owner and chief executive officer of TOG Alexander Kapalin and his partner Boris Roiter.

Pampina Votsi offered Kapalin to buy 14% of TOG for a "modest" $102 million, while the market value of this package was only $5 million. As a result, TOG was supposed to withdraw to the "National Reserve Bank" Alexander Lebedev.

Thus, during her activities, Pampina Votsi was associated with such ambiguous personalities and events that her presence in any role in Russian companies can raise serious questions. And up to the level associated with ensuring national security. In this regard, the question seems appropriate, and what are our law enforcement officers and other relevant services already thinking about this?