Will the factory heat Ustaev's pocket?

The fire at the Nevsky Factory could have a man-made character - a development project on the "vacated" squares can significantly "correct" the finances of its owner Alexei Ustaev.

According to The Sankt-Peterburg Post, in the city, and throughout Russia, they continue to discuss the devastating fire that occurred on Monday on the territory of the Nevsky Factory, a former garment factory on Oktyabrskaya Embankment. A firefighter died in the fire, two more were injured, criminal cases were instituted.

But attention to the event is also riveted by the fact that the owner of the factory, as it turned out, is the scandalous St. Petersburg entrepreneur Alexei Ustaev. He is called, as is customary to say, an "authoritative" businessman from the notorious 90s, and the figure began to be discussed because, it turns out, only a month ago the territory of the factory was given over to housing development. About this writes Sign.

The fact is that the factory, founded in the 40s of the 19th century (the burning building itself was built in the 1870s) is a monument of cultural heritage that was under state protection. How this territory could be given for development - you need to ask St. Petersburg officials, but problems clearly arose with the demolition of buildings - there were city defenders from among public activists against it.

Of course, a version immediately appeared, they say, the fire could be man-made, and not happen without the sanction of the owner Alexei Ustaev. According to Krasimir Vranski, city defender and leader of the Beautiful Petersburg movement, "the destruction of monuments is an old way to free up space for new buildings and shopping centers. It's burning clean water. There is a brick, it does not burn like that. " The words of the expert quotes Sign.

The idea that this could be arson suggests the following circumstance. Shortly before the fire, the Ministry of Emergency Situations found numerous safety violations at the Nevsky Factory. Specialists of the department conducted an inspection on the territory of the factory in February-March and found out that the building does not have automatic fire extinguishing, fire alarm, smoke removal systems, as well as fire warning systems. This is evidenced by the data of the FGIS "Unified Register of Inspections" of the Prosecutor General's Office of the Russian Federation.

The Ministry of Emergency Situations inspected the territory of the Nevsky Factory to check whether the factory had eliminated the violations that the department found back in February 2020. That is, most recently the territory was given up for development, and almost at the same time fire safety violations were revealed there. But the leadership of JSC Nevskaya Factory, owned by Ustaev, apparently, did not hit his finger to eliminate them.

It is hard to believe that this was done without the approval of the owner. And then, presumably, the search for "switchmen" has already begun. Yesterday, one criminal case was opened, and today it became known that the general director of the enterprise Maxim Makeev and his deputy were detained in this case. About this writes RIA Novosti.

A reasonable question arises - and why then did the specialists of the State Supervision Service not close the building? According to Life, investigators already have questions for inspectors of the State Prosecutor's Office, who regularly found violations on the territory of the factory, but did not seek to eliminate them and did not close the dangerous facility. Could the management or owners of the enterprise somehow "watch" them?

The picture looms unsightly. So much so that discussions unfolded on the network, allegedly "arson" (if it was really it - this has yet to be proved) could be ordered by one of the influential development structures. Among the possible interests, who were not just named - both PIK Group of Companies and construction companies supposedly close to the Speaker of the St. Petersburg Assembly Vyacheslav Makarov.

You can guess for a long time, but the fact remains that if such a plan was, without the approval and support of the owner of the building, it would be almost impossible to turn it around. Opponents of this version indicate that the company brought Ustaev money, and this is true. Nothing was produced in the building for a long time - its areas were leased for a considerable amount of money.

That is, the asset clearly swept, and something had to be done with it. The transfer of space for the development of a large development structure promised Ustaev billions. Is the sheep worth the dressing?

Whether Ustaev could have taken such a rash step is unknown. But another thing is known about him - he is an extremely scandalous businessman who today should experience serious financial problems. And not through the "factory" (it did not bring so much income), but, first of all, through its "manual" Viking bank.

In the 90s, Viking became one of the first private banks. Today he specializes in lending and servicing industrial enterprises and hotels. Ustaev owns 25% of the bank's shares, another 45% - from his daughter Aida. Other shares are also in the majority of persons close to the Charter, for example, Ustaev's sister and wife. Ustaev himself is the President and Director of the Bank for External Relations.

Things at the credit institution are ash. The last six months there are such problems that the hour is not even, they will be interested in the Central Bank. If I'm not interested anymore. Detractors are trying to disperse rumors, money could be withdrawn from the bank. No such facts have been established, but there are grounds for this assumption.

Judge for yourself. In just about six months (from September 2020 to March 2021), the bank's assets decreased by 21% or almost half a billion rubles. Net income fell by 73% (by almost three quarters!), capital (in the form of 123) and the loan portfolio decreased. Depositors ran from the bank. The outflow amounted to almost 14%, they took more than 28 million rubles from the structure. 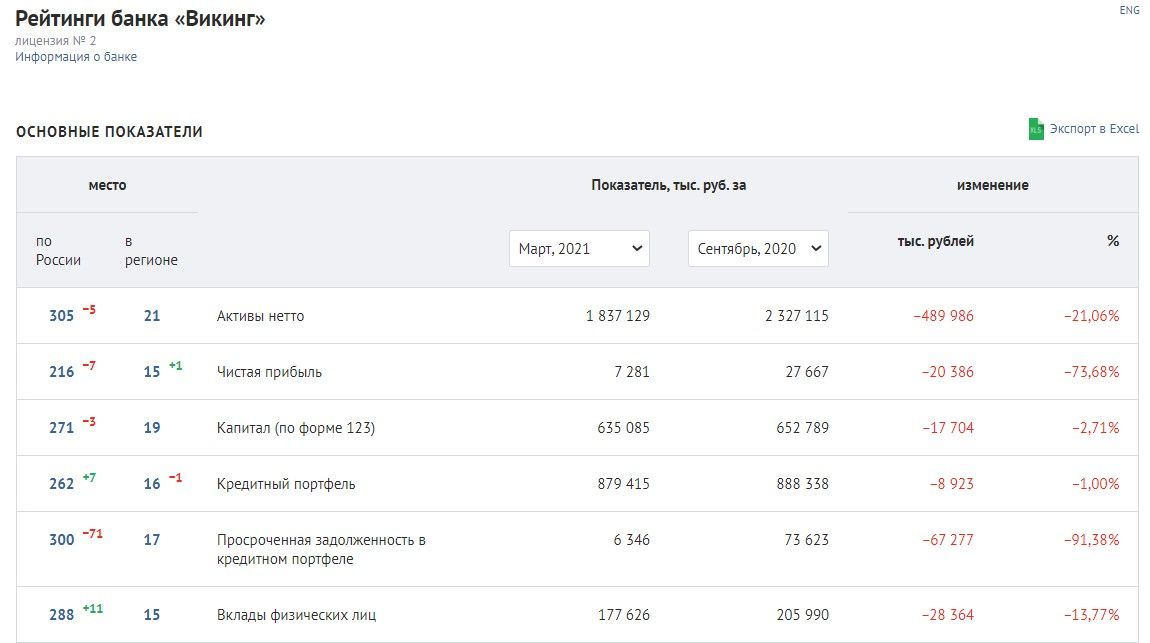 At the same time, loans to enterprises and organizations decreased by almost 7.5%. The legal entities themselves, who worked with the bank, began to take their money. Their funds for the same six months decreased by more than 50% (almost half a billion rubles). Two of the bank's most important credit ratios, H1 and H3, are also in the red zone.

It seems that the time has come for Ustaev to slightly correct matters until the license has been taken from the structure. Unless, of course, the assumption that funds could be directed from the bank will not be confirmed. And what better will improve the position of a businessman as not a large development project that can bring him billions in several years?

Of course, Mauritius and the bank are not the only assets of Ustaev. In addition to the bank, Ustaev and his family own the hotels St. Petersburg, Olgino (through the Cititel Management Company), the Oktyabrskaya Hotel and control a share of 25% of the Big Gostiny Dvor. But at the same time, Ustaev's condition is declining. According to open sources, over the past five years, his condition has decreased by more than one and a half times - from 9.5 to 6.5 billion rubles.

By the way, in the estate of Ustaev there were fires before. We are talking about the mentioned hotel "October," where the emergency happened in 2016 on the Square of the Uprising. Then burned out about 20 square meters. meters. According to some reports, the cause could be a faulty electrical appliance. But what if the attitude to fire safety there was the same as at the Nevsky Factory?

Continuing the topic of the "impoverishment" of businessman Ustaev, it cannot be said that he did not try to improve his situation by other methods. True, some of them may be very dubious.

In December 2020, Nevsky Factory JSC through the court sought bankruptcy of Vyborg Bakery Products Plant JSC (VKhP), which formally did not belong to the entrepreneur. However, it could have been intentional bankruptcy. According to the Life publication, it was Ustaev who allegedly owned the VKHP.

If this is true, the asset has brought him losses since 2017. In 2020, VKhP went into minus by 11 million rubles. He earned the plant on the trade in bread and grain, and also received more than 1 million rubles for providing electricity to the Hermitage exhibition center in Vyborg.

The fact that the plant was most likely under the control of Ustaev is also indicated by the fact that the board of directors of VKhP includes managers from other billionaire companies. For example, Natalya Zubkova, who also runs Yachtennaya 7. This organization, in turn, owns a 16% stake in Ustaev's Viking Bank.

It will not be superfluous to recall that in the Criminal Code of the Russian Federation there is the 196th article "Intentional bankruptcy," which, among other things, involves a sentence of up to 6 years in prison. But, since such facts were not established in the case of VKhP, no claims were made against Ustaev or his partners.

There are other circumstances that suggest that the Ustaev fire at the Factory could have played into the hands. This applies to his other business, for example, the Cititel Management Company. At the end of 2020, the company suffered losses of 1.7 million rubles with revenue of over 400 (!) Million rubles. At the same time, Sititel turned out to be not a large, but a general contractor. Contracts with the Criminal Code for 11.6 million rubles.

The idea arises that money from the Criminal Code could simply be withdrawn - there is too much difference in revenue and profit with a book value of assets of only 1 million rubles (a fall of 16 million rubles per year). The authorized capital is only 10 thousand rubles, despite the fact that almost 100 people work there. Or is reporting in the company simply drawn?

It is possible that the fire at the Factory and all the related events of recent years may be Mr. Ustaev's swan song. It may well be that he was tired of doing business in Russia, and could plan an exodus from the country. A fire could also fit into this logic - after all, with a possible cover-up abroad, you can escape responsibility, and get money for a development project? Such examples in Russia in bulk.

Ustaev was one of the first private bankers, having founded Viking back in 1988. Then there were the stormy 90s, when everyone survived as best they could. According to evil languages, Ustaev survived for a reason - allegedly, even then he could make acquaintances with the largest St. Petersburg authorities. And the bank, hypothetically, could be an excellent base for possible money laundering.

Is that why Ustaev's business has survived to this day? But everything flows, everything changes. The urban landscape of St. Petersburg is also changing, where ugly "high-rises" grow one by one on the site of historical buildings, even in security zones.