Why wouldn't Girdin "fade": where are billions "flowing"?

Sergei Girdin could leave Russia - he could have questions from law enforcement officers to the allegedly unjust structures. And with him could "leave" and money "Marvel." The next "cube" to leave - "Marvel-CT"?

The Moscow Post received an extremely interesting letter about the activities of the famous Russian businessman Sergei Girdin. However, first of all, we recall that not so long ago the largest IT distributor of the country, Marvel-KT, associated with Girdin, nominally became a completely Russian company, although in fact the money it receives on state contracts can be sold abroad.

According to our source, Sergei Girdin could be associated with a number of offshore companies, in which hundreds of billion rubles from Russia could settle. However, about everything in order.

Until March 18, 2022, Marvel-CT was registered in the offshore zone in Belize. Even earlier - in 2021, the founder was the Cypriot CONCUR HOLDING LIMITED. By the way, she also owns the company "EFO," which "does not disdain" state contracts and has "jump" financial dynamics.

According to the Cyprus register, CONCOUR HOLDING LIMITED is owned by another offshore company AAM & C. NOMINEE SERVICES LIMITED under the leadership of some Elena Antonio and Nikos Oikomun. The offshore secretary is A.A.M. & C. LIMITED, which is led by the namesake of the famous Russian actress Anna Vardanyan, Irina Romanova and Vasula Papaleonti. Two of the three are supposedly Russian and most likely people Girdin trusts.

Now Marvel-CT is 95% owned by the newly formed company F-Plus Equipment and Development in St. Petersburg, half of which is owned by Alexey Melnikov, half by Vladimir Korneev. He also owns the remaining 5% of Marvel-CT. Both businessmen worked for Girdin's companies.

And even earlier, "Marvel-CT" was issued for Irina Girdina - presumably the wife of a businessman. He himself owned Marvel Company LLC, now liquidated, most likely due to financial problems. Money coming into the company could flow into the associated offshore Marvel Computer Solutions.

And Korneev and Melnikov, who are now behind Marvel-CT, are direct partners of Mr. Girdin. The first - according to Marvel, the second - and so clearly, for the last five years, the permanent director of Marvel-CT.

According to Melnikov, perturbations in the structure are associated with the fact that the company has big plans for import substitution. 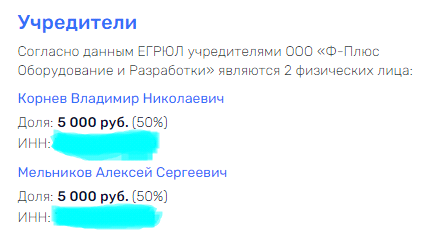 However, not everyone believes what the businessman is talking about. Perhaps all this is done to hide the identity of the main beneficiary of the company and continue to withdraw budget money.

Kings of the state order with an uncertain future

The largest state customer of the company is Sberbank, on contracts with him Marvel-CT made almost 9 billion rubles. The total amount of money received from the state on procurement is 12.2 billion rubles. More recently, Marvel-KT acquired a 20% stake in Printum, the only domestic software company whose product integrates with any technology from a Russian manufacturer.

With the new acquisition, this enterprise is already becoming, one might say, strategically important for the country. And this means that it will soon be possible to count on state subsidies? And where, I wonder, will they spend? So far, the company's revenue is steadily in the "plus." 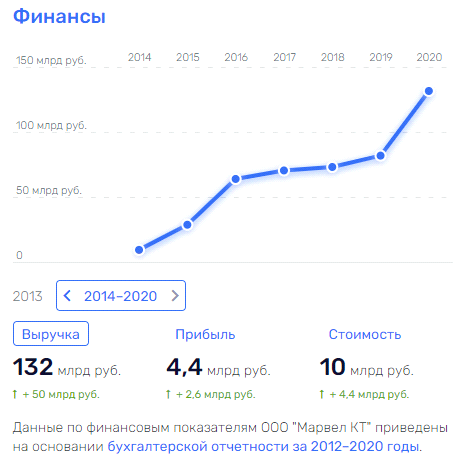 Let's hope that this money does not disappear without a trace, as one might assume in relation to a number of other Girdin structures. For example, Marvel Distribution, from which as much as 4.7 billion rubles "fell" somewhere from 2014 to 2015. Now the structure has been liquidated, like many other financially "squeezed" offices affiliated with Girdin, most of which are tied to offshore companies. Landromat is not a subscriber

The businessman is popularly called "unsinkable." Let's start at least with the fact that he managed to somehow miraculously escape punishment when the participants of the Moldavian Affair (Lendromat) sat down for years, when it turned out that they had withdrawn about 500 billion rubles from Russia.

And Girdin is "breathing full," despite the fact that in 2008 it was he who was the bank account manager of Zymbeline Trading from the British Virgin Islands. From 2011 to 2013, she received about $96 million of money withdrawn from Russia from Moldovan bank Moldindconbank and Latvian bank Trasta Komercbanka in her Swiss account. Writes about this Novaya Gazeta.

Allegedly, these funds came from fictitious offshore companies, in favor of which Russian money was written off by Moldovan bailiffs. Unfortunately, it was not possible to find out whether Girdin had anything to do with the account at the time when the listed actions were taken. In this sense, it can be assumed that Girdin can do some dubious things now.

But after all this story and, when journalists drew attention to the personality of the businessman in this regard, Girdin decided to sharply "whitewash" and, apparently, thanks to relations, received the title of Honorary Consul of the Republic of Guinea in St. Petersburg and the Leningrad Region in 2014 imitated the rapid interest in African topics.

Loss of money and Cypriot citizenship

There are other "dark spots" in the biography of Mr. Girdin. Until 2019, he was the owner of Nevsky Bank, which was subsequently deprived of its license due to embezzlement totaling more than 3.0 billion rubles, IA wrote about this Banki.ru. The year before, Girdin withdrew his assets from there, predicting the imminent collapse of the institution.

Returning to the information received from the source: he claims that Mr. Girdin has long had a Cyprus passport. And this passport, by the way, is issued to families. So the alleged wife of Girdin Irina, most likely, also has a cherished document.

This information, according to our reader, was allegedly "revealed" during a certain check by the Federal Tax Service to find the real owners of the company under 115 FZ "On countering the legalization (laundering) of income." The same source claims that these data were confirmed by the banks that gave Marvel (read Girdin) loans in excess of 30 billion rubles.

These loans are visible in the balance sheet. Is that why the change of owners happened so suddenly and quickly? Perhaps it was due to some likely interest of the security forces. However, even in this case, it does not seem that Girdin was very worried and twisted. Because it is easier to assume that the above characters Kornev and Melnikov can only be nominal owners, because of which, if you wish, you could see the figure of Sergei Girdin himself.

Cases "Aeroflotny" and friendship with "colleagues"

There is another interesting story, which the source draws attention to, concerns the TM-Project company, which is part of the Marvel structure and at one time received billions of dollars in contracts from Aeroflot. The relevant information is available on the "Contour-Procurement" website. Interestingly, the then head of Aeroflot Vitaly Savelyev was aware of who he was dealing with?

About Savelyev and what the company came to under his leadership, you can also say "a couple of affectionate." The Moscow Post wrote about this, as well as about the protege of the current head of the Ministry of Transport, Mikhail Poluboyarinov, earlier.

Mr. Girdin may also be associated with the disgraced Alexei Krapivin, the owner of Russian Railways contractors, who was put on the wanted list in 2018 in the case of bribes to Interior Ministry Colonel Dmitry Zakharchenko in order to patronize the 1520 company. Fontanka wrote about this.

Here you can also add the scandalous developer Andrei Sharkov, who is also "mired" in offshore companies and may not be alien to Landromat - we previously covered this story.

Let's go back to TM-Project, which is owned by Marvel-CT, which used to belong to Irina Girdina. It was bought from Mr. Igor Kuznetsov, who was the general director of HC MVD and Marvel, which was also part of the Marvel structure, so consider your own husband.

In 2017, when the purchase took place, the company's profit, according to the register of the Federal Tax Service, was in the region of 450 million rubles, after a year the profit "evaporated." Instead, there was a 50 million loss. According to the Federal Tax Service, there was a "withdrawal of dividends." Now the company is simply liquidated, like its former founders, one of which ceased to exist back in 2010, but left the founders of the company only in 2022.

The result is sad. Profits could simply be withdrawn. And state money could well be in one of the Western cubes, which they are trying to attribute to Sergei Girdin. One can only guess in which banks and "what assets can be registered in Europe on Girdin. The question also arises about the whereabouts of the businessman himself. Did you really have to follow in the footsteps of Krapivin, and leave the country?