Who runs from the "ship" Ebralidze

According to The Sankt-Peterburg Post, large structures, including with state participation, began to get rid of assets that may be associated with St. Petersburg businessman Alexander Ebralidze.

In particular, we are talking about structures that may be associated with the head of the VEB.RF Igor Shuvalov and other high-ranking officials. In addition, the Ebralidze Talion structure had joint projects with Rosatom Group of Companies, as stated on the company's website. All this raises questions.

Last week, it became known that Alexander Ebralidze, known to the business community as an ex-shareholder of Constance Bank JSC, was detained by the FSB. This happened in the framework of the case of embezzlement of funds of a credit institution. At the same time, searches were carried out in several apartments and offices associated with the detainee. About this wrote Kommersant.

Apparently, we are talking about the theft of about 3 billion rubles in cash, which disappeared from the bank's vault back in 2016. This is 70% of the bank's assets. In the same year, the bank lost its license, and just because of the lack of money in the cash register. In addition, as noted, the bank was involved in "conducting dubious transit operations." You can read about this in a press release from the Central Bank.

It can be assumed that since 3 billion rubles were stolen, even before that, other amounts could be withdrawn from the bank in other ways, through transit transfers to any structures.

The question immediately arises: 3 billion rubles is about half a ton of live money. They still need to be physically removed from the bank. It is not secretly possible to do this - these are huge boxes or bags. Therefore, the bank's management should certainly have suspected: something wrong is happening. Or did they get a "don't fuss" command from above?

Initially, the businessman himself told reporters that he would "close" the issue of missing money, although he assured that he was not related to the problem. There was even talk that he would cover the shortage from his pocket.

The businessman wrote a statement to the police. Versions of where money could have disappeared appeared only three years later. In 2019, DIA demanded 3 billion rubles from Eldar Dygov, since at the time of the famous events he was the controlling person of Constance Bank.

And it seems that everything really pointed to Dygov: Eldar himself was the chairman of the board at the time of the loss of money, his brother Timur was the cashier of the bank, and his mother owned 20% of the bank's shares. But immediately after the revocation of the Constance Bank license, Timur Dygov was admitted to a psychiatric hospital.

The DIA also had questions for Alexander Ebralidze himself. A month before the start of the bankruptcy proceedings of Constance Bank, the businessman withdrew 42.6 million rubles from his own account in two dozen tranches. In 2019, the court ordered the billionaire to return the funds. Then, numerous creditors of the bank personally appealed to him, including St. Petersburg Bank and VEB.

Another important point: Ebralidze founded the bank back in 1993, closer to 2012 he reduced his stake in it, leaving behind less than 1%. He returned control of the bank already in 2016 - just before the collapse of the credit institution. Was his sudden appearance not accidental?

Mr. Ebralidze is famous not only for stoking Constance Bank in the summer. In addition, he owns Talion OJSC, through which he controls the hotel of the same name in St. Petersburg on the Moika embankment. The company was founded by him in the beginning of 1990. For some time, "Talion" successfully developed, but then a whole series of turmoil began.

The 90s were stormy, and there is an opinion that Mr. Ebralidze, so to speak, absorbed the spirit of the era and himself could take part in numerous dubious affairs. Otherwise, doing business - Talion, or any other - was then very difficult.

In any event, Talion had serious problems in the 21st century. In 2020, the Bank of St. Petersburg seized 5.5 billion rubles from Talion JSC, which it had previously provided on credit to Talion's subsidiary, Eliseev Palace Hotel CJSC. Talion was a loan guarantor. Eliseev was almost declared bankrupt - they introduced a surveillance procedure.

And then VEB arises under the leadership of Igor Shuvalov. In March 2021, the structure appealed to arbitration with a statement declaring Alexander Ebralidze bankrupt. In parallel with this, the state corporation allegedly tried to bankrupt the company "Modern Wood Processing Technologies." Abbreviated as STOD, which is also part of Talion Group of Companies, as well as its subsidiary Talion Trading LLC. About this wrote Kommersant.

Where can such a jump in VEB come from, what interest can Igor Shuvalov's team have? If there were any thefts on the part of Ebralidze, then this may be an attempt to hide them, as well as hide the possible participation of someone from the state corporation in dubious schemes. 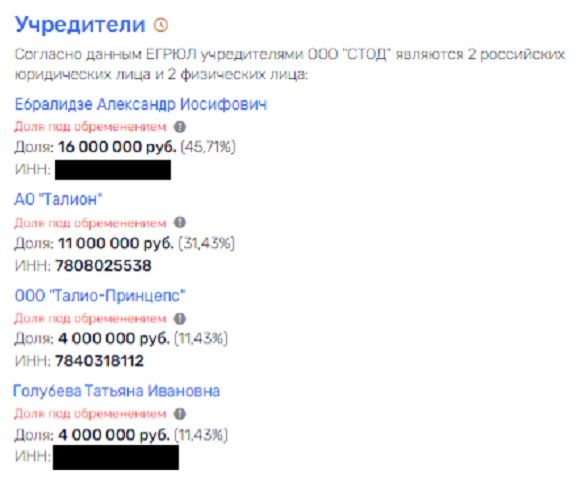 The fact is that VEB actively credited the structures of Ebralidze. The company's shares, including the share of Ebralidze himself of 45%, are still pledged to him. Located since 2013. At the same time, to say that the company is unprofitable is not to say anything. At the end of 2020, it received a loss of 7 billion rubles, and in 2014, when collateral obligations were taken - 2.4 billion rubles. 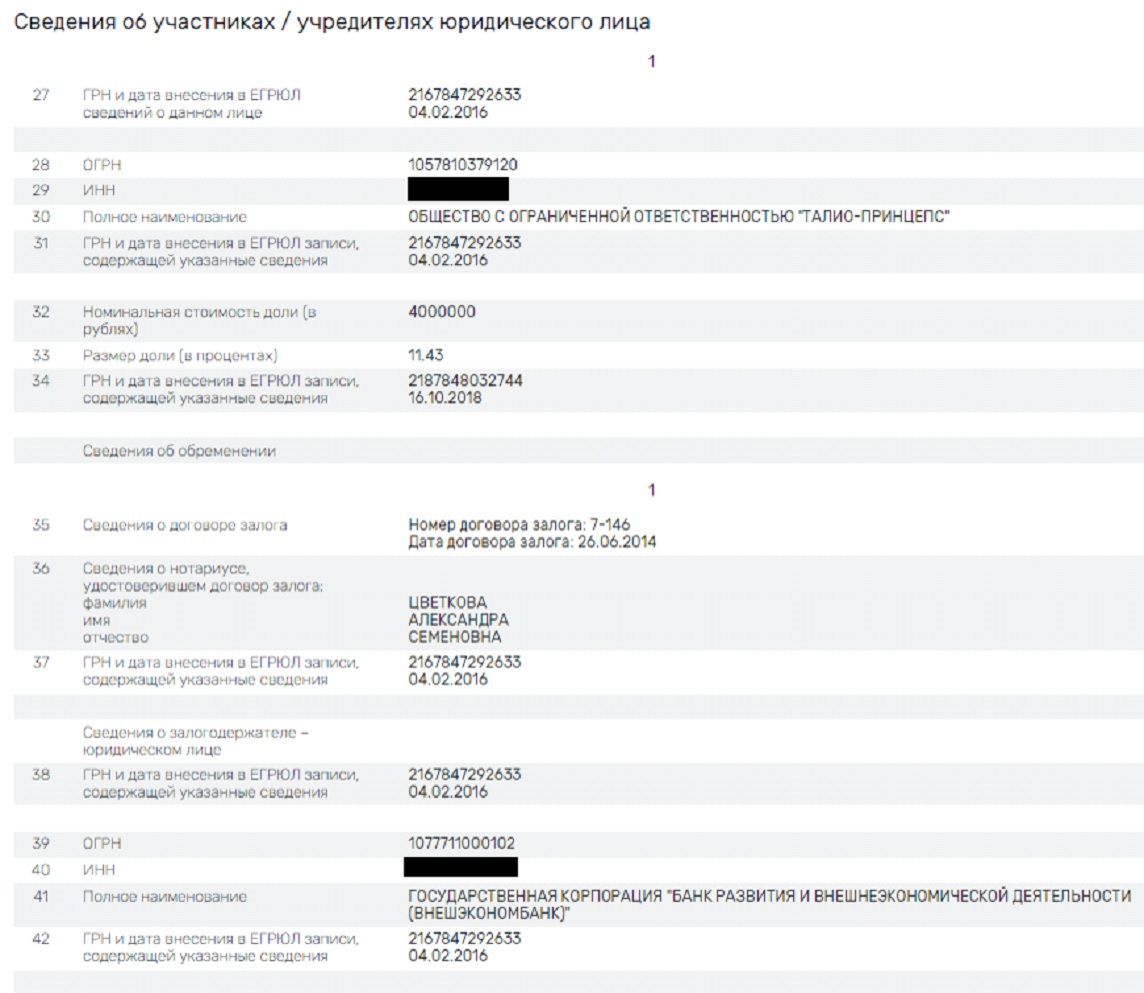 Whether this could not be seen in VEB is a rhetorical question. On what basis were the funds then given? At the same time, funds continued to be issued as loans. Perhaps, continuing to lend to STOD, someone from VEB could try to withdraw funds through this company by agreeing with Ebralidze? 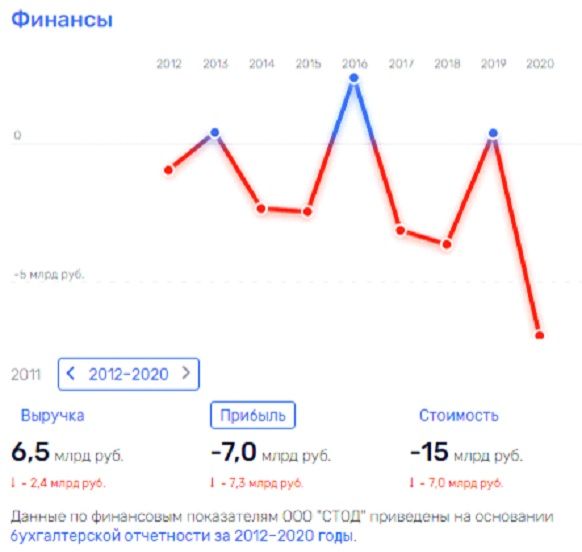 Today, the amount of requirements for STOD is about 3.5 billion rubles. Serious claims were made against its subsidiaries. Namely to Talion Trading LLC and LSO LLC.

In addition, Talion JSC, co-founder of STOD, also has serious problems. The company's loss for 2020 is 1.7 billion rubles. But this is half a victory, because, as they say, the shares of the structure are also pledged to VEB, which both then and now is actually led by Igor Shuvalov.

Interestingly, in open sources, for example, the Rusprofail service, Talion JSC does not indicate the owners, and it is not clear whether the shares in the pledge are really. Information could be seized specifically so as not to shine once again on the respected structures and the people behind them.

Who should be afraid?

All this is only versions. However, talk that Ebralidze could be associated with dubious affairs has been going on for a long time. Moreover, according to evil languages, the arrest of Ebralidze frightened many respected people who in the past could have a special relationship with St. Petersburg crime.

For example, Mr. Ebralidze has long and firmly tried to connect with Ilya Traber - one of the most authoritative businessmen in the city in the 90s and nines. And now he has not lost his authority. There is an opinion that then Ebralidze was able to gain many compromises on now respected entrepreneurs and politicians.

It seems that the investigators believe so. On November 26, at a court hearing, a police investigator said that two days ago, an electronic correspondence "indicating his awareness of the organization of contract killings" was seized in Ebralidze's office. If you remember how many times such crimes tried (albeit unsuccessfully) to attribute to the same Ilya Traber, then this leads to bad thoughts.

There is an opinion that it was Ilya Traber and other influential businessmen who could be the reason that the claims and arrest of Ebralidze occurred only now, and not in 2016.

Investigators are also aware that Ebralidze also has acquaintance with law enforcement officials of various levels, which he can use and intervene in the investigation. About this writes Fontanka.

Therefore, today Ebralidze, due to his arrest, can become a serious problem for many of his friends and partners. Were there people of Igor Shuvalov among them, or not, but it is logical to assume that Ebralidze should fear for his safety. What can prevent him from starting to speak now that he is in jail? And does this mean that the problems will soon begin not with him alone?