Who is "treated" by Vekselberg, or Whose interests will be observed in the "Rosatom" Komarova

The medical "division" of Rosatom could be "occupied" by the Komarov family. In whose interests are the relatives of the oligarch Vekselberg - in state, or in oligarchic?

According to the correspondent of The Moscow Post, the state corporation Rosatom, which is still associated with its former head, and now deputy head of the Presidential Administration Sergey Kiriyenko, continues to expand into the medical market.

On the eve of its subsidiary, Rusatom Halskea JSC (RHC) acquired 25% in the Medskan medical holding owned by Yevgeny Tugolukov.

Tugolukov is a well-known and very scandalous entrepreneur. In the past - State Duma deputy of the fifth convocation. Over the years, they tried to connect him with Anatoly Chubais and ex-State Duma Speaker Boris Gryzlov, who allegedly had a considerable impact on his political and business career.

Chubais is one of the ideologists of a number of failed Russian projects that received colossal funding from the government. Among them is the unprofitable Rusnano, and the same Skolkovo. Kiriyenko, like Chubais, is also attributed to the "liberal tower of the Kremlin," attributing to him the ambiguous fame of the "young reformer." 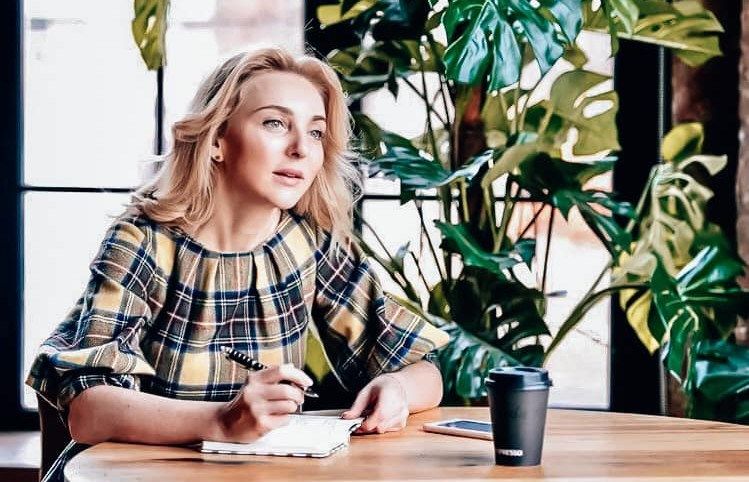 Why is this remarkable? The fact is that Rusatom Halskea JSC is headed by Natalya Mikhailovna Komarova. She became the general director only in January 2021, and before that for ten years she worked as part of the managers of the Skolkovo Health Development Center, to the promotion of which both Chubais and Kirienko had a hand.

That is, it can be from the same galaxy of conditionally liberal figures who spent tens of billions of rubles without proper effect on the development of nanotechnology and in general a high-tech economy. And in the current partnership with Tugolukov, Komarova can observe the interests of "mentors" (including personally Chubais and Kiriyenko).

Tugolukov in the Rosatom circuit

Sergei Kiriyenko, even being in the AP, is unlikely to lose influence on all Rosatom decisions and projects, including the purchase of shares in Medskan.

But first we turn to Tugolukov. It is ideal for the role of a collector of honey assets before their transfer to the wing of the state corporation.

A year ago, Tugolukov acquired the medical centers of the Chernozemye Group of Companies, ex-deputy of the Voronezh Regional Duma Andrei Blagov. Operations were carried out through Tugoluk businessmen associated with them. According to rumors, Blagov did not want to sell the asset, but was forced to do so due to serious debts, they could put pressure on him.

Part of the assets (for example, Oncocenter on Ostuzheva LLC) was not even bought by Tugoloukov, but by his long-term partner Alexei Mikheev. Together they participate in the capital of the Cypriot offshore M19 Esports Club Limited. Mikheev is also a co-founder of the Medassist clinic, where Tugolukova's Medskan also has a share.

Then these acquisitions seemed unsystematic. A year later, it became clear that this could be done with an eye to further partnership with Rosatom. Moreover, earlier Tugolukov was much more interested in agricultural assets. In the case of the same Blagov, the administrative capabilities of Rosatom could help to reach agreements on the debts of the latter.

It turned out that Blagov owed Voronezh businessman Eduard Krasnov, from whom Tugolukov's partner Mikheev had previously bought a 25% stake in Oncocenter on Ostuzhev. He also owed Transkapitalbank (Tekhnostankomash LLC). Therefore, Blagov's borrowers had to take shares with a surcharge and resell them to Tugolukov. Why would the latter? Even if no one pressed Blagov, they could put pressure on Tugolukov with a request to hold the asset. 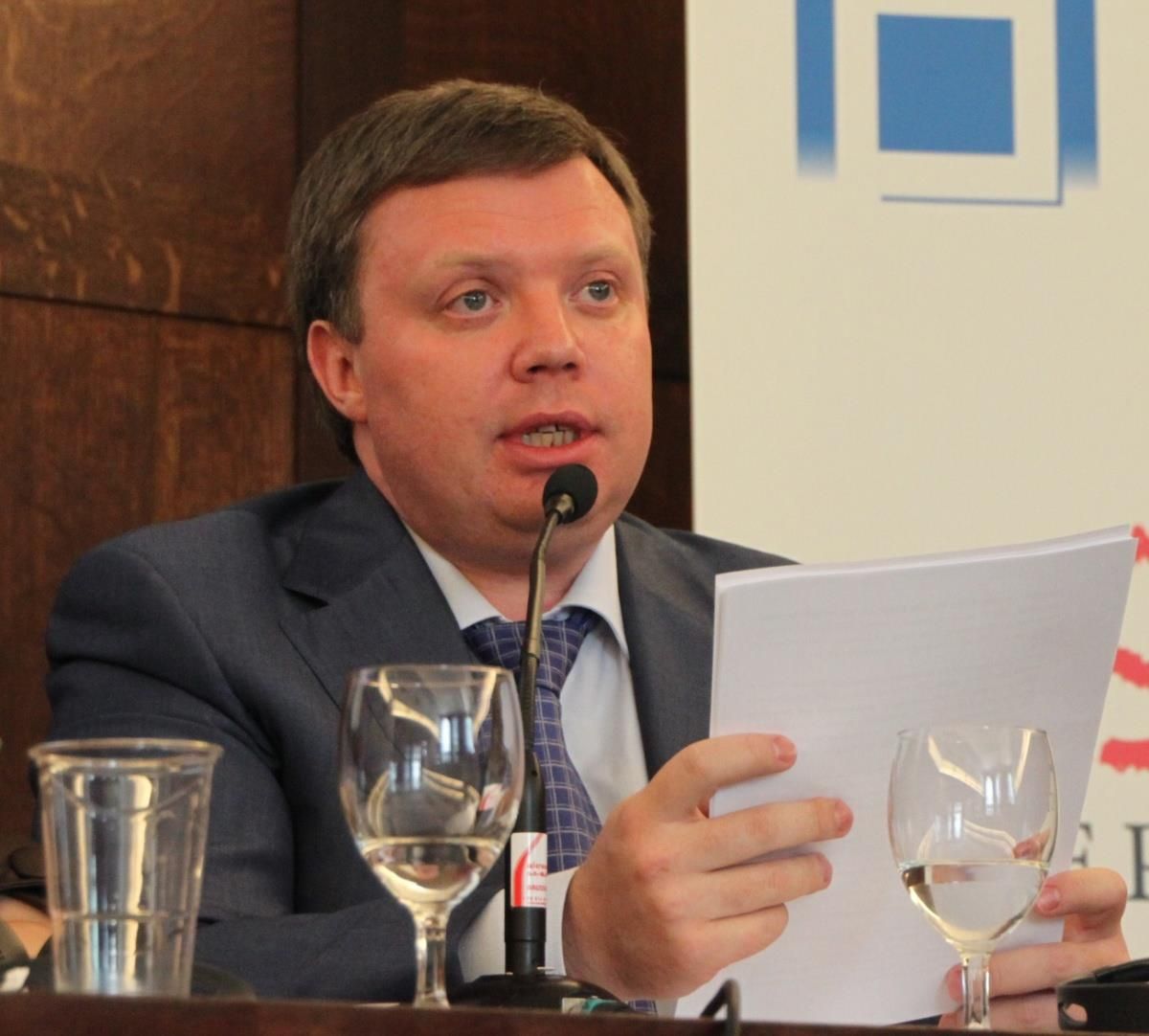 The businessman himself once began his career at the Moscow Business World Bank, worked as deputy executive director of the MDM group, and then vice president of the Management Company of the MDM Group (Interregional Business World).

Over the years, Tugolukov held senior positions in the investment company Rinakovo, the board of directors of TKZ Krasny Kotelshchik (Taganrog), ZiO-Podolsk JSC and Ziomar IC. Later, he became the head of the Board of Directors of EnergoMachine-Building Alliance OJSC and began to buy up assets.

In the middle of the zero, rumors appeared that Tugolukov could be close to the leadership of the former RAO UES. In 2006, he headed the advisory body to the RAO on energy issues. Earlier, Vedomosti wrote that he actively interacted with the leadership of the corporation, which in those years was headed by Anatoly Chubais. Apparently, then it turned out to work.

Much more interesting is the already mentioned personality of the head of Rusatom Hleskea JSC Natalia Komarova. According to evil languages, allegedly she may be a close relative (possibly a cousin) of another Kirill Borisovich Komarov. He is Rosatom's first deputy general director for development and international business. And also - Director of Nuclear Power Industry Complex JSC (Atomenergoprom), one of the leading subsidiaries of Rosatom.

In this capacity, a lot of money should pass through Mr. Komarov. He manages the entire business part of Rosatom's work, and now his possible relative Natalya seems to be taken over by the leadership of the entire medical cluster of the state corporation.

Meanwhile, Nuclear Energy Complex JSC has enormous resources. The structure acted as suppliers in more than a thousand state contracts for 110 billion rubles and the customer - for 302 million rubles. But, more importantly, the same organization was among the co-founders of Rusatom Hleskea JSC, from where it came out only in October 2021.

Here the connection between the Komarov can be traced very clearly. And the appointment of Natalya Komarova as general director of the RHK and then his withdrawal from the founders of Atomstroykompelekt JSC almost coincide in time. That is, again, it is very similar to the fact that Komarova will steer the entire medical division of Rosatom, while her likely relative will have the opportunity to oversee the business projects of the state corporation as a whole in the rank of first deputy.

However, it seems that Ms. Komarova has already settled on budget flows. She previously headed United Innovation Corporation LLC (OIC). Associations with Mr. Chubais already arise from one name. Now the structure is almost completely owned by JSC Tvel, which after several steps is owned by the same Rosatom. 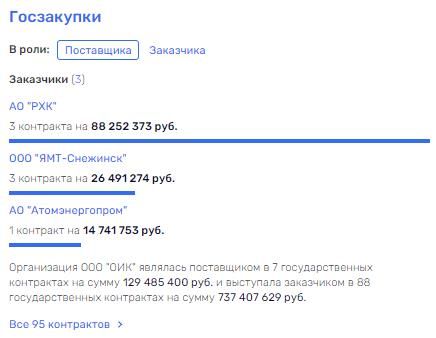 But even earlier, OIC received large state contracts from the same JSC RHK (88 million rubles) and JSC Atomenergoprom (almost 15 million). In addition, the latter co-founded the company. That is, Komarova could be the head of the organization through which he "drove" the money of Atomenergoprom JSC. Which, recall, even then was led by her alleged relative Kirill Komarov.

It is noteworthy that no one asks about a possible conflict of interest, as well as about the purposes for which the OIC is currently undergoing reorganization. Perhaps the answer lies in the finances of the structure. In recent years, it has not conducted any activity at all, but in 2017 it received a loss of 77 million rubles with a negative asset value of minus 373 million rubles. 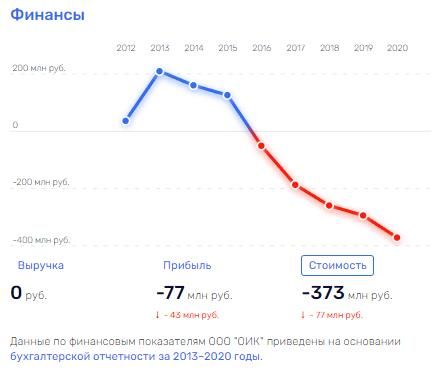 With such a "hole" in the budget, it is not surprising that reorganization is underway. None will be the wiser? Photo: Rusprofile.ru

Another structure to which Komarov is related is Impulse LLC, which is engaged in the development of software. There, the current head of the RHK is one of the owners. The structure is now in the liquidation stage, does not conduct any financial activities, has no employees in the staff. Is there a "gasket"?

Last summer, Atomkapital, which is managed by Kirill Komarov, abruptly withdrew from the founders of the structure previously led by Natalya Komarova, and where a "hole" of more than 300 million rubles was formed. Photo: Rusprofile.ru

There is another point that can turn all theories regarding Rosatom's further plans to conquer the medical services market. And he is also associated with Kirill Komarov, as is believed, a person very close to Kiriyenko. It turns out that Komarov is the nephew of the owner of Renova Group of Companies, one of the largest Russian oligarchs Viktor Vekselberg.

The latter has extensive interests in the medical business. Especially related to the production and supply of medical equipment and consumables. In 2017 alone, Vekselberg's Stentex company sold 905 million rubles of coronary stands and catheters to the state. Prior to this, in 2016, the structure belonged directly to Renova Group of Companies, and only then it was rewritten to a separate offshore Stentex Holding S.A.R.L. 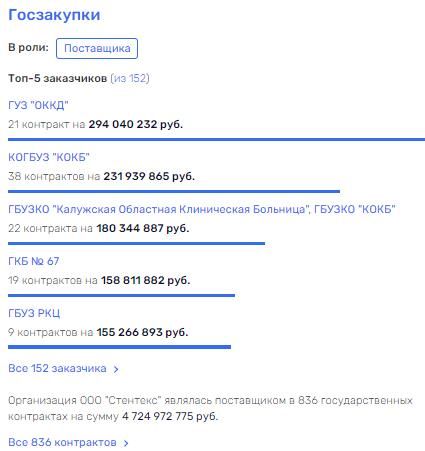 Today, the volume of state orders of the structure exceeds 4.7 billion rubles. And she works in the very Skolkovo ​ ​ where Natalya Komarova worked at the Center for Health Development for about 10 years.

That is, it is logical to assume that the current body movements of Rosatom may be associated with the interest of Viktor Vekselberg. It may well be that soon they, together with the state corporation, will announce the creation of a joint venture, which together with the RHK will include Medskan acquired the day before.

For the same Stentex, this would be a good option - after all, despite all the revenues from public procurement, by the end of 2020, the company showed a loss of 614 million rubles. There is clearly not enough additional appropriations from the treasury - albeit through Rosatom.

At the same time, Mr. Komarov still remains a dark horse. Perhaps he will soon leave Rosatom altogether. And Natalya Komarova, as his possible relative, will be promoted and "look after the economy."

There is a version that allegedly Kirill Komarov has long been considered for the post of governor of one of the Russian regions. And who, like not Sergey Vladilenovich Kiriyenko, can "help" with this? It is unlikely that even the real results of Komarov's work for 14 years at Rosatom will become an obstacle.

It is no secret that many believe that Atomstroyekport was defeated from its filing, many international projects were missed - Tamelin in the Czech Republic, Akkuyu in Turkey, Paks in Hungary. But strong ties at the top probably help Komarov to stay afloat.

Kirill Komarov is married to Senator from Udmurtia Lyubov Glebova. And the latter, even when Kiriyenko was at Rosatom, was an adviser to him. And, presumably, he does not lose ties with him now.

If we bring all this together, it turns out that Komarov not only has serious prospects in Rosatom, but also in politics. And if you add Uncle Vekselberg to this, then there will be no problems with the financial support of the election campaign. Only whose interests will Mr. Komarov promote if he engages in politics?