While Sobyanin does not see: how billions "evaporate" from Leonid Kazinets's companies

The head of the Barkley group of construction companies Leonid Kazinets is suspected of intentional bankruptcy of affiliated companies and deception of creditors.

According to the correspondent of The Moscow Post, the editors of the publication received documents revealing another scam from the head of the Barkley group of construction companies, Mr. Kazinets.

But before we tell you what salt is in here, let's go into a little more detail into the biography of a scandalous entrepreneur.

Under the "roof" of the city hall

Leonid Kazinets began his career as a future "combinator" at the turn of the century - in 1993 he founded the investment and construction company Barkley and began to earn money on real estate. A decade later, he was one of the creators of the Association of Builders of Russia (ASR), in 2006 he was awarded the badge of honor of the Russian Academy of Natural Sciences for his contribution to the development of the Russian economy, and has the Order of the Honorary Builder and other regalia.

In 2013, Kazinets was appointed adviser to Moscow Mayor Sergei Sobyanin, a few months later in October of the same year, the entrepreneur was put on a par with members of the Presidential Council on Housing Policy and Improving Housing Affordability, who he is to this day. 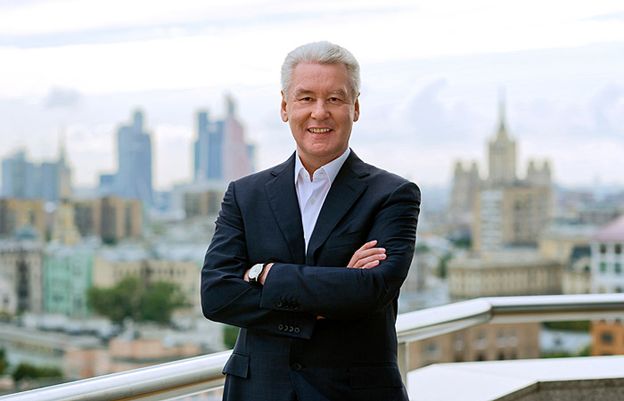 And everything would be fine, but Barkley Group of Companies, which has been engaged in the construction of elite real estate since its inception, suddenly decided in 2015 to develop an economy-class housing project. The suburb of Krekshino in New Moscow was chosen as the site for implementation - there, on several hundred square meters of land, Kazinets planned to build 9 buildings of the Honey Valley residential complex. The houses were supposed to be handed over back in 2019, but the "unwillingness of contractors to work for free" prevented.

In 2017, a scandal broke out at the Honey Valley construction site - workers refused to continue construction until they were paid salary debts. As a result, Kazinets even had to sell 1.85 hectares of land owned by him in the south of Moscow to a competitor - FGC Vladimir Voronin to find money for the completion of the facility. UtroNews reported about it.

Continuation of the old story

The documents received by The Moscow Post now outline the current situation even more factually and allow us to conclude about the deliberate bankruptcy of Kazinets affiliated companies and deception of creditors. But everything is in order.

The Honey Valley was built by the Logitek company, which is part of the Barkley Group of Companies. Most of its assets are in foreign accounts. A sharp drop in the company's revenue in 2018 may well be a sign of the withdrawal of part of the funds abroad.

Recall that the strike of workers at the Honey Valley construction site took place in 2017 - then, according to the diagram presented on the Rusprofail website, the company's financial performance was at its height - they saved up, not otherwise. 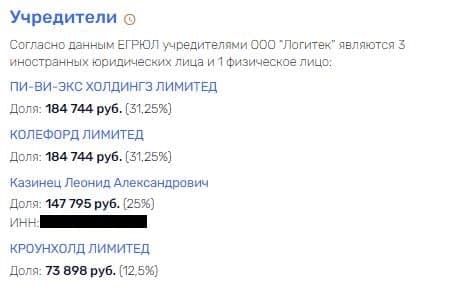 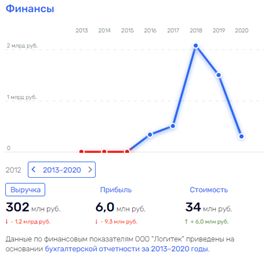 By the way, Kazinets's methods of working with contractors, they say, do not differ in humanity. He allegedly can arrange migration checks in companies if they suddenly raise their voices and begin to stutter about non-compliance with obligations by Kazinets's firms. They said that it even reached the point that migrants who were found in the ranks of builders during inspections were allegedly "lined" the structures of the entrepreneur.

Meanwhile, as it turns out, not only builders, but also creditors of the company remained without money. Representatives of one of these, namely, IP Prokhorov Alexander Mikhailovich, just sent us documents confirming the fraud of the Barkley structure with accounts.

The most interesting thing begins here - according to the documents at the disposal of the editorial office of The Moscow Post, Logitek and Barkley Construction Systems terminated the contract for the construction of Honey Valley back in 2019! It asks, what did the money borrow for then? According to Prokhorov's complaint filed with the Moscow Arbitration Court, Barkley Group of Companies, represented by affiliated companies Logitek, Mosinveststroy and others, borrowed a total of more than 2 billion rubles from creditors precisely for the completion of Honey Valley. 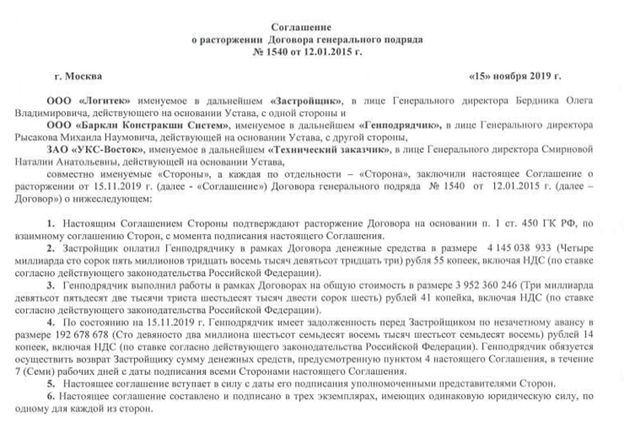 After that, Barkley Construction Systems was renamed Business Services LLC and brought to bankruptcy. At the same time, the founder of the company, Dmitry Roth, responds briefly to requests from creditors of Barkley JSC for the return of occupied funds - we do not have such and never had any grounds for repaying the debt! 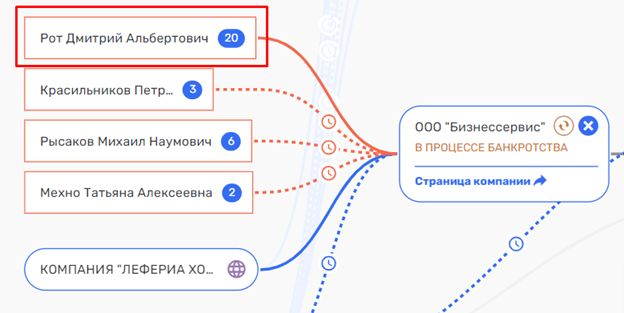 After that, Logitek, in turn, terminated the agreement with Businessservice, which suddenly retrained from the customer of the company's services to its general contractor. 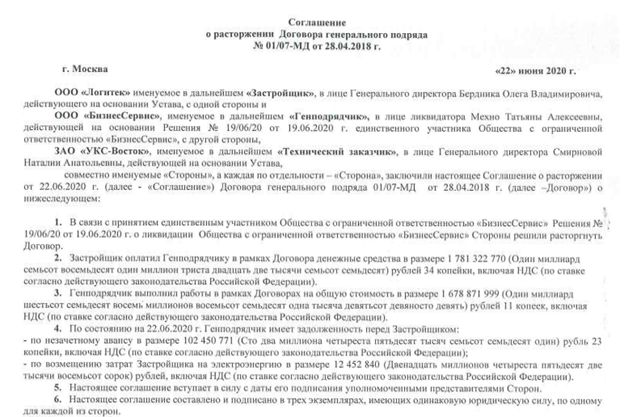 Apparently, all this was done in order to remove monetary liability from Kazintsu's affiliated firms and calmly hush up debts to creditors.

According to the same scheme, Kazinets seems to be trying to bankrupt the Mosinveststroy affiliate. The company owed large debts to creditors, 25 proceedings were instituted against it on their part. The total amount of the company's debts is estimated at 134 million rubles.

At the same time, the financial performance of the company back in 2020 was normal, the company's profit and revenue were many times higher than the volume of debts. Nevertheless, Mosinveststroy, apparently, is not going to pay and, perhaps, is already withdrawing assets in full through Kazinets's foreign companies.

Finally, I want to pay attention to one funny fact: while the finances of Businessservice and other companies affiliated with the Barkley group of companies "sing romances," the parent company itself shows profit at minus revenue. Isn't it weird? Money "like not, but it's like it is." At the same time, it turns out that Barkley JSC does not build the house itself, and it seems that it is not responsible for other companies, especially after renaming and the procedure for terminating construction contracts. Presumably this is the position of the founder of Barkley Group of Companies.

Now is the time for rhetorical questions. Until when will Kazinets's eloquent career last? How long will Sobyanin continue to turn a blind eye to his "arts" at the expense of others and why does the metropolitan mayor allow him to turn such scams under his nose?