Behind the purchase and creation of new water and shipping assets in the country may be Viktor Olersky. But will public financing go for the future, after all, a number of past projects with which the name of the ex-official is associated ended in corruption scandals?

According to the correspondent of The Moscow Post, the government of the Perm Territory thought about organizing the production of electric vessels not in the region. The partner may be Empire LLC, a company from St. Petersburg engaged in the production of such ships.

The structure was created only in 2019, and is already considered as a partner in PPP by the leadership of one of the country's supporting regions. It is owned by several owners at once, one of whom, namely Andrian Pravdin, suggests that a much more famous and influential person may be behind it.

We are talking about the former deputy minister of transport and the former head of Rosmorrechflot Viktor Olersky.

The latter is called nothing more than a "water baron" - for a deep interest in promoting and expanding their own business related to water transportation. Before that deep, some market players would not mind accusing him of trying to create a monopoly in the field of water transportation, putting the entire huge market under itself. 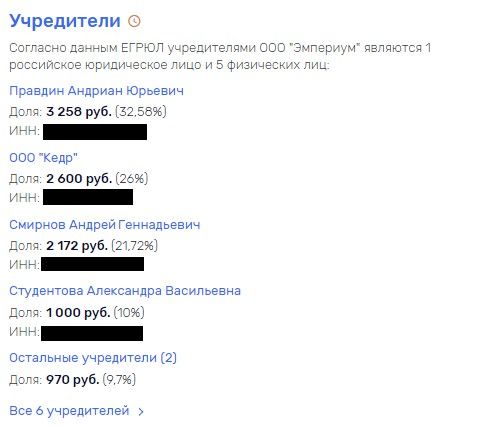 Andrian Pravdin owns 32.5% of Empire LLC. And the same businessman owns NPK Morsvyazavtomatika, which has a direct connection with the Empire shipyard in St. Petersburg, the authorities of Prikamye thought about cooperation with it. They also called the company, which now claims PPP.

According to RBC, in March 2021, Russia's largest cruise operator Vodokhod, which is associated with Olersky, began replacing its fleet in St. Petersburg by concluding a contract with NPK for the production of five high-speed catamarans worth 1 billion rubles.

In this regard, experts predict that the Vodokhod company will become the main customer of the new project, which, in the case of PPP in the Perm Territory, should receive budget funding. Moreover, according to evil languages, the alleged real owner of both Emperium and NPK Morsvyazautomatics may be Mr. Olersky.

The main "waterway" of the country

The connection between Vodokod and Olersky has been known for a long time. The company went up during the period of Olersky's stay in the Ministry of Transport, and after that it turned out completely, earning half a billion rubles in 2018 with revenue of 4.7 billion. At the same time, the amount of state contracts of the company is over 70 million rubles.

Formally, Olersky does not own the Water Passage. As relies on Russian officials, past or present, 100% of the structure is recorded offshore from Cyprus "Volga-Baltic Cruise Lines Limited," which is associated with the name of Olersky. Apparently, replenishing the tax base of the Russian Federation to the owners is not very tasteful. At the same time, Olersky is the chairman of the Board of Directors, and actively uses his connections to promote it in the market.

Of course, it would be extremely difficult to advance such a large project as a shipbuilding asset, and even "in spike" with the authorities of a region without serious connections both in the business environment and among officials related to transport issues. And Olersky has such connections. Moreover, it is believed that when he was Deputy Minister of Transport, Olersky was close to the United Shipbuilding Corporation, which is under the control of Rostec State Corporation Sergey Chemezov. The latter is called among the possible high patrons of Olersky.

In this case, it would become clear why Olersky and his partners volunteered to help USC after the latter got on the sanctions lists of Western states. Chemezov needed to do something with the only serious asset of USC abroad - the Finnish shipyard Arctech Helsinki Shipyard Ou.

Sanctions did not allow to attract funding to it, and here how Olersky appeared here. Almost immediately after his departure from the Ministry of Transport, it turned out that the shipyard was transferred to the ownership of the cruise operator Algador Holdings Ltd, whose owners were called the owners of the Nevsky GCC.

As Fontanka wrote, the beneficiary of the Nevsky GCC could be Olersky himself, who thus could help USC get rid of the asset that became unnecessary. The formal owners of the offshore are Olersky's companions - shipbuilder Rishat Bagautdinov, as well as businessman Vladimir Kasyanenko.

Rishat Bagautdinov is the general director of the same Vodokhod, and Kasyanenko was previously a co-owner of the Tuloma Sea Terminal. Not so long ago, the terminal passed into the ownership of Kapstans Holding Limited, behind which Olersky can stand. The same offshore owns shares in other companies that are large recipients of state contracts. Including with USC.

In particular, Infotek Flex LLC, with 10 thousand authorized capital, has state contracts for almost 100 million rubles. Of these, almost 21 million from Rosnefteflot JSC. But another strange company is Bolshaya Morskaya 37A LLC. Which, having not a penny of revenue for 2019, has assets worth 449 million rubles. Whether money could be withdrawn from them is unknown, as there is no official confirmation of communication with Olersky. But "ears" are very sticking out...

Olersky's possible desire to get state funding for a project to build ships for his own company is most likely only part of the picture. Recently it became known that Vodokhod intends to purchase the Griffon catamaran and the Comet hydrofoil vessel from USC. One ship can cost 350-400 million rubles. Perhaps the very rubles taken from the heap of state contracts related to Olersky companies, including the same USC.

But the plans seem to be more serious. Allegedly, very soon the water transportation market may change beyond recognition - just due to the activity of Viktor Olersky and his former boss, ex-Minister of Transport Yevgeny Dietrich. The latter seems to want to establish total control over the logistics of shipping, a significant part of which is already in the hands of Olersky.

According to the Nezygar telegram channel, allegedly Olersky, even at public events, does not hide his ambitions to become the only "judge" of the country, for which he could even get the nickname "Vitya Kalmar." This falls perfectly on the recent initiative put forward in the Cabinet of Ministers of the Russian Federation.

We are talking about the order of First Deputy Prime Minister Andrei Belousov to consider the issue of creating a single operator of inland waterway infrastructure - something like the infamous Plato heavy truck weight control system. The idea is being considered as part of the elaboration of a specialized national project worth up to 800 billion rubles, and hardly belongs to Belousov himself.

At the same time, no one else will deal with the study of the issue, like the head of Olerskgo Rosmorrechflot, Alexander Poshivay. He was Olersky's deputy for all two years as head of the department in 2016-2018. He is called the creature of ex-Minister of Transport Yevgeny Dietrich.

However, according to the telegram channel Timur and his team, allegedly the main contender for the contract is not Vodokhod, but Stroytransgaz Gennady Timchenko. The same structure acted as a contractor for Rosmorrechflot for the construction of the Bagaevsky hydroelectric complex in the Rostov region. There is a possibility that the same Olersky may take into account the interests of an influential oligarch, and act as a partner in the project.

There is a possibility that Mr. Olersky himself, who was previously the head of the department, could contribute to receiving multibillion-dollar funding for Stroytransgaz. It is not known what cards could be on his hands now, remaining in the civil service. After all, many scandals are associated with his past projects in the status of an official.

He is credited with his interest in building a railway line to the port of Lavna on the banks of the Kola Peninsula. Allegedly, he was one of the lobbyists for the conclusion of an agreement for the construction of a branch with Stroygazconsulting. The amount of the contract is 45 billion rubles. But the contract was terminated by agreement of the parties, it caused many problems and opposition from eco-activists.

At the same time, together with the port of Lavna, the railway line was to be used by the already mentioned Tuloma port under construction, behind which Olersky could stand. At the same time, where 26 billion rubles went from the funds allocated for the implementation of the Stroygazconsulting contract, since the branch was never completed, the question is open.

Olersky is also credited with lobbying efforts to promote the construction of an international port in Pioneer, where the Samara company Bolverk LLC went under a former official. The agreement was signed in 2017 with him, and for some reason there were no other companies at the competition. The contract value is 7.4 billion rubles, of which 3.6 billion rubles were issued as an advance. 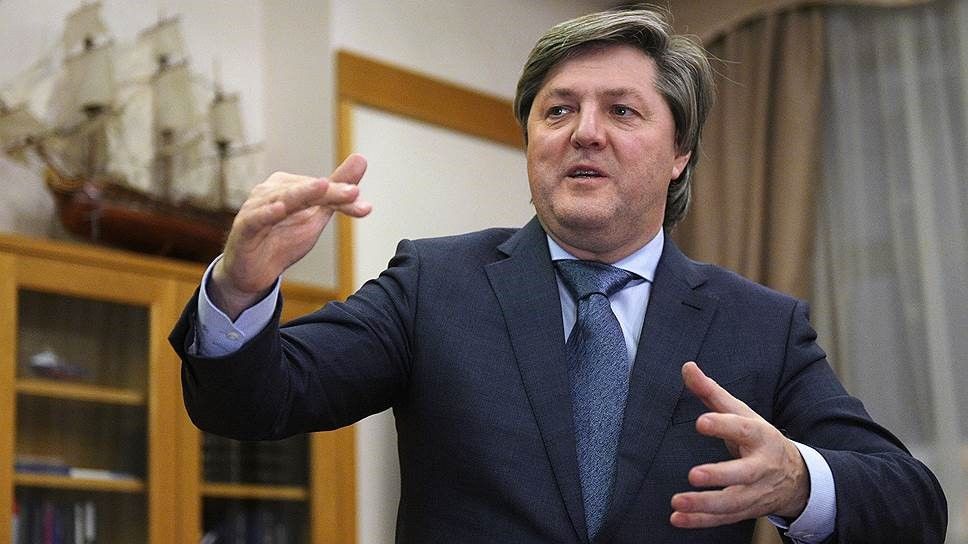 Viktor Olersky planned to "crush" all Russian shipping under himself?

However, the project could not be implemented - it was stopped due to embezzlement of 1.6 billion rubles from the advance issued. The construction was stopped, and in 2020 the company was completely bankrupt. About this wrote TASS.

Given this, if we return to the assumption that Viktor Olersky himself is behind Empire LLC, there are fears that PPP to create the production of ships may be the same failure, and the company created specifically for him will suddenly dissolve along with budget funding.

In this case, the Olersky bribe will be smooth. Otherwise, he may gain control of an asset that, coupled with the work of his shipping companies and the creation of a single operator of inland waterway infrastructure, will become another brick in the foundation of his water empire.