Will the former CEO of PSC VSMPO-AVISMA, who may be suspected of embezzlement, not hold his tongue, and point finger at his long-time colleagues Sergey Chemezov and Mikhail Shelkov?

As it became known to the correspondent of  The Moscow Post, Mikhail Voevodin, former General Director of the world leader in titanium production - PSC VSMPO-AVISMA, became a person of interest in a criminal case on the grounds of fraud committed by a group of persons by prior agreement on a particularly large scale. It is about possible theft of the company's funds.

Other details of the case as well as the procedural status of Mikhail Voevodin are not reported. According to rumors, it can be about schemes for purchasing raw materials at inflated prices. Voevodin himself, having worked as a Director for almost 11 years, in early July suddenly wrote a statement "at own will". It is said that this was preceded by an audit of the company's shareholders, which revealed the theft.

Sergey Chemezov is the Chairman of the Board of Directors of VSMPO-AVISMA – his Rostec owns 25% of the company's shares. His Deputy is his old friend and one of his closest associates Mikhail Shelkov. He owns 65% of the company. If their protege Voevodin was embezzling, it is difficult to believe that all this happened without the knowledge of these two respected gentlemen.

No one really believes it. Initially, evil tongues claimed that Voevodin left his post just to hide the facts of theft, and soon he had to go for permanent residence abroad. But apparently, he didn't have time. Will "thread" lead Voevodin to his big bosses?

Sergey Stepanov, who previously worked at Evraz, took over as AVISMA's CEO. He will have to clean the "Augean stables" that Voevodin left behind. But he will work under the close attention of the same Chemezov and Shelkov. And the latter is no less a scandalous figure than the Head of Rostec. 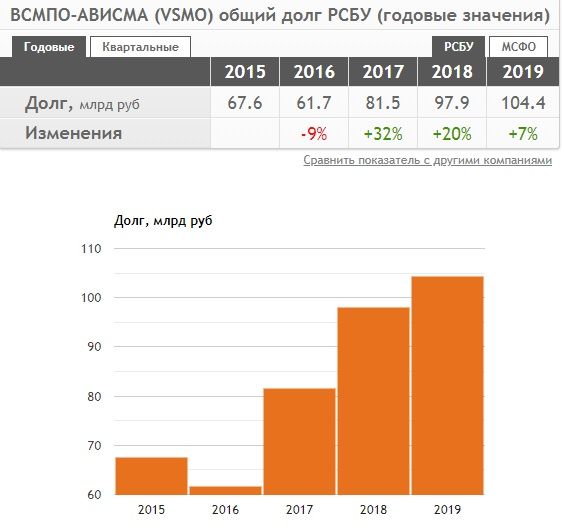 And if the head company itself ended 2019 with a profit, a number of its subsidiaries seem to be fictitious offices for banal money withdrawal. For example, Aviatrans LLC received a loss of 6.9 billion rubles over the past year, with the nominal value of the company's assets minus the same 6.9 billion rubles. How was this done - by selling the assets of its own company?

Another office, Upravleniye Gostinits (Hotel Management) LLC in 2018 went into the negative by 102 million rubles. By the end of 2019 - already by 250 million rubles. Losses of another company, Oktava LLC, which manages the Corporation's real estate, also increased for the year from 188 to 197 million rubles. And the list can be continued.

Detractors call Mikhail Shelkov the "wallet" of Sergey Chemezov. And, it seems, there is some reason. Previously, Shelkov worked for many years in structures associated with Rostec - RT-Stroytech and Technopromexport. Apparently, this is why Chemezov "pulled" him to VSMPO-AVISMA, and the company ended up in the hands of Rostec and Shelkov personally under very strange circumstances.

Previously, the structure was owned by entrepreneurs Vladimir Tetyukhin and Vyacheslav Bresht. However, about a year before the purchase of VSMPO-AVISMA by the new owners, both began to have serious problems. Suddenly, checks began, there were law enforcement visits, and the company was suspected of tax evasion. This was reported by Forbes.

Even then, there were rumors that the whole situation was provoked by Sergey Chemezov, who had a huge hardware weight in the upper echelons of power. This asset was too delicious. The rumors only intensified when Tetyukhin and Bresht were invited to talk to Rosoboronexport (as Rostec was previously called), where it could be hinted about giving the plant away "in a good way".

As a result, it seems that Chemezov and Shelkov achieved their goal - the asset came under the control of the state corporation. However, also soon its lion's share passed into Mikhail Shelkov's hands, and the former owners were not paid a penny - they paid off debt obligations to Sberbank and VTB.

And everything was also done according to a very clever scheme. To buy back shares, Shelkov and his business partner Mikhail Voevodin, who has now become a defendant in the criminal case, created a joint venture with Gazmprombank. In view of this, the state-owned Rostec received only $180 million of VSMPO-AVISMA's money, while another $300 million was spent on paying off debts to VTB.

On what terms Shelkov and Voevodin were granted loans at all, what guarantees were there, and whether they eventually paid off their debts - it is still unknown for sure. But it is known that in 2017, more than 5% of the VSMPO-AVISMA stocks belonged to Shelkov through JSC Business Alliance company.

This structure controlled Industrial investments LLC. It, in its turn, was the founder of the Cyprus offshore companies Cador Enterprises Limited and Jivanta Ventures Limited. 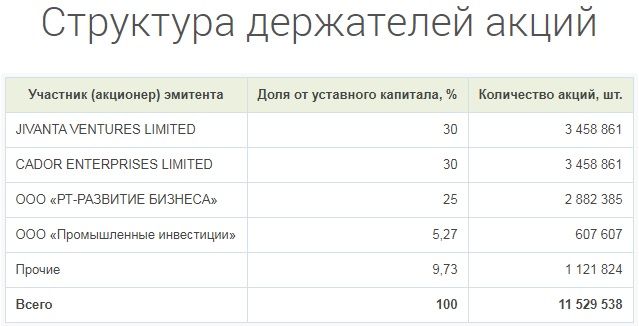 At the same time, according to some reports, they still remain the final beneficiaries, allegedly having shares of 30%. Who should be behind these companies if not Mikhail Shelkov and his influential "senior comrade" Sergey Chemezov? And why, interestingly, tax and other authorities did not raise questions according to the fact that a significant share of a strategic enterprise can be owned by firms with foreign registration?

Of course, in such cases, money withdrawal to offshore companies would be a very simple task. And Shelkov's superprofits could well be provided not only by large state orders, which AVISMA under Chemezov at the head of the Board of Directors, accumulated as much as 6.4 billion rubles. But also possible purchases of raw materials at extremely high prices.

It seems that Mikhail Shelkov worked very well in his new position. Because the former non-core assets of Rostec itself have started to go to structures close to it. As a reward for selfless work?

Earlier, Rostec sold its Volna sanatorium in Sochi to Global Development company, which, against the background of the pandemic and the suspension of international air traffic, should bring excellent income. Global Development is owned by Dmitry Frolov. It is also rumored to be Chemezov's man and Mikhail Shelkov's old friend.

Moreover, only one participant claimed the lot. It seems that the auction was organized in such a way that it could be purchased by him. It happened exactly that way, the sanatorium went at an initial price of 163 million rubles. According to experts, the price could be seriously underestimated. But who doesn't give a discount to their fellow friends?

However, Shelkov himself is unlikely to rest in the Volna sanatorium. After all, he's a billionaire from the Forbes list. His fortune for 2020 is estimated at $1 billion. Only last year, 2019, he received 12 billion rubles in dividends. With, again, the company's huge debt burden.

Members of the Board of Directors and other top managers of VSMPO-AVISMA are fond of themselves. What can not be said about their attitude directly to the company and its employees. Scandals and even tragic cases at the plant are not something out of the ordinary. It cannot be said that this did not happen before, but they became really scandalous even when VSMPO-AVISMA was under the control of Rostec and Shelkov.

In 2012, a steam-gas mixture was released at one of the company's sites in Berezniki, Perm region. The victims were three employees of the company. General Director Voevodin then promised the families of the victims 3 million rubles. However, in reality, it seems that everything was a little different...

As follows from the message on the BezFormata website, allegedly the families who lost breadwinners received payments not from the company itself, but from JSC SOGAZ. As if AVISMA Corporation payed them off with only a million rubles. Why did they promise that they would definitely help in such a volume, if Voevodin should have already known that most of the payments would be covered by insurance? To "whitewash" after the tragedy?

Apparently, the company generally likes to save on its employees. Last year, workers at the plant reported that the company did not want to fully pay for work on holidays and weekends. There were even several trials that sided with the workers. However, VSMPO-AVISMA, represented by Voevodin and Shelkov, did not hurry to implement these decisions, and tried to claim them to the court of appeal. This was written by Pravda UrFo. 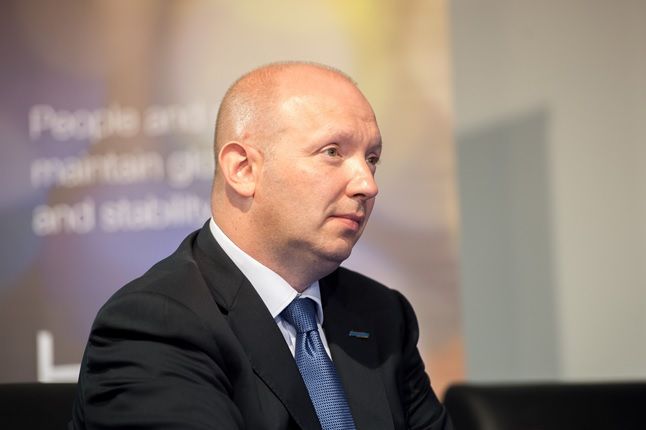 Will Mikhail Voevodin be made responsible?

As a result, we have what we have - a company with a lot of debts, the management of which could be involved in the theft of enterprise funds. And this is quite in the manner of Chemezov, who, according to evil tongues, has long subdued many domestic strategic industries.

In particular, Chemezov and Co are attributed a lot of interest in the pharmaceutical market and helicopter construction. They are also reproached for creating multibillion-dollar subsidies from the budget of useless toys like Sukhoi Superjet-100 and MC-21, which they now do not know who to sell to.

At the same time, there are rumors that Chemezov's family is doing active business with the family of his old colleague, Head of the Ministry of Industry and Trade Denis Manturov. Why not, especially since you can always use the huge administrative resources of both officials to promote such a business?

However, the case with Voevodin may cause them to worry. Of course, Voevodin can simply be made responsible. But what if he becomes a defendant in the case and doesn't want to hold his tongue?

In this case, when receiving guarantees from the investigation, he can start a real "war" of compromising material with his old comrades. And then even the serious management power of Sergey Chemezov may not help him.