Verba, "Vega" and the end

It seems that corruption in a division of the Rostec State Corporation can reach unprecedented proportions. Vladimir Verba, General designer of the Vega concern, denies this.

After  The Moscow Post made a journalistic investigation Roctec's VERBAl sword, the Editorial Board received new probable facts  of strategic enterprises "squandering" in the Vega concern.

In fact, General designer of the concern Vladimir Verba is "showing off": there are beautiful speeches allegedly about the energetic work of a number of scientific institutions, such as JSC Topaz Special design Bureau and JSC Engineering and marketing centre of the Vega concern. But in fact, Topaz is covered with a copper basin, and the centre of the concern is breathing hard. The famous JSC Argon Research Institute  is under the threat of closure.

According to sources of The Moscow Post in the Argon Research Institute, the company has already eliminated the standard control, the Department of the chief metrologist, electronic document management. programmers and experienced production specialists have left.

Radical measures are needed to save a strategically important Research Institute. Employees of the Vega concern ring, as they say, all the bells, but someone quietly "extinguishes" all these signals. It seems that the Vega concern is falling apart... But Mr. Verba doesn't even  lift his finger, does he? The situation is the same as in the Almaz-Antey  concern for Mr. Novikov: the dog barks but the caravan goes on!

But both Verba and Novikov have a lot of projects of national importance, which are either not completed or performed with great flaws. In particular, Mr. Verba is "on fire" with the AWACS (Airborne Warning and Control System) project, which was also reported to the Editorial Board by passionate employees of the Vega concern.

It is unclear why draconian laws are not being taken. And why is all this happening? A correspondent of The Moscow Post  tried to study these conflicts.

Right only on paper

- "General designer Vladimir Verba is doing right only on paper", - says one of the employees of the concern on condition of anonymity. - "And on the official website of the company, which describes the successes and achievements, including the allegedly active work of JSC Topaz  Special Design Bureau and a number of others that exist only nominally!"

Does it turn out that Mr. Verba tells us stories about 19 different companies that are part of the Vega concern? Have at least 3 institutions already "kicked the bucket"?

My interlocutor told me that the trade union organization of the concern sent an appeal to both the Presidential Executive Office and the Government of the Russian Federation.

Here are few excerpts from this appeal: "In an era of economic stability and economic recovery, an important Russian defense enterprise is being destroyed and collapsed. Only thanks to the enthusiasm of honest employees the concern is still able to keep afloat. And all the new managers-amateurs continue to break up and pull the company apart. 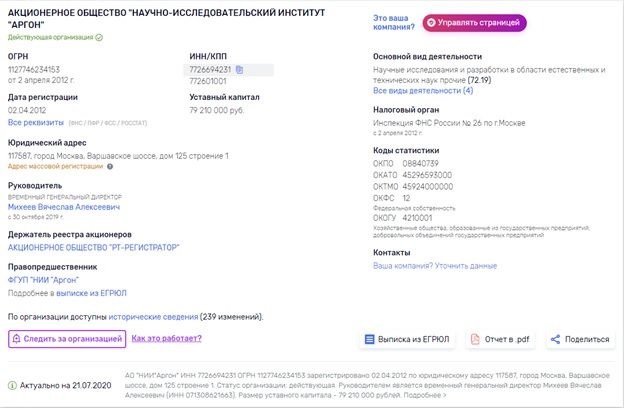 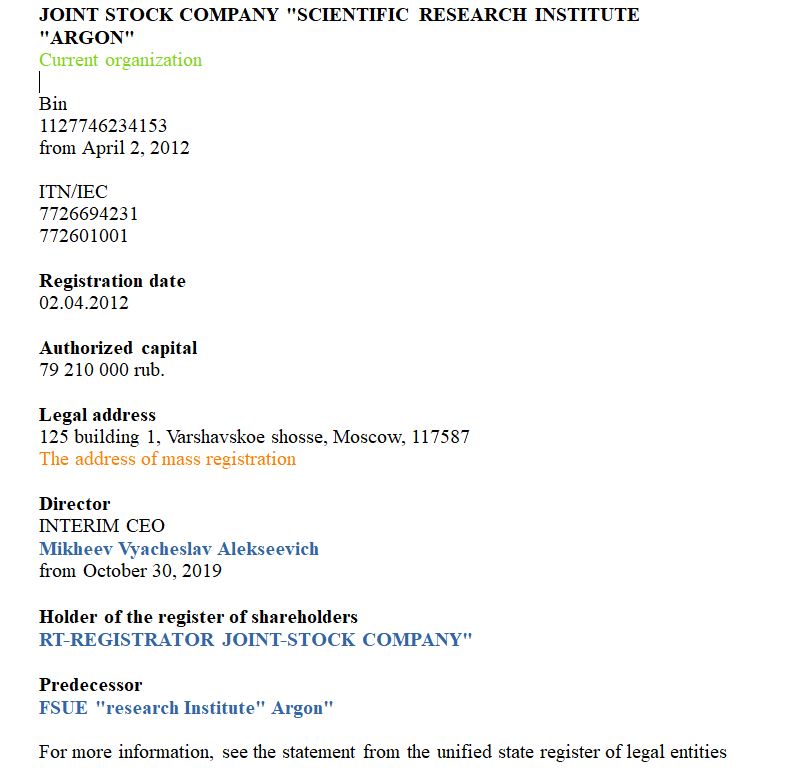 1. Refusal to perform work on the Defense Procurement for maintenance, modernization and extension of the assigned service life at the complex for two air command posts on Il-80 aircrafts. 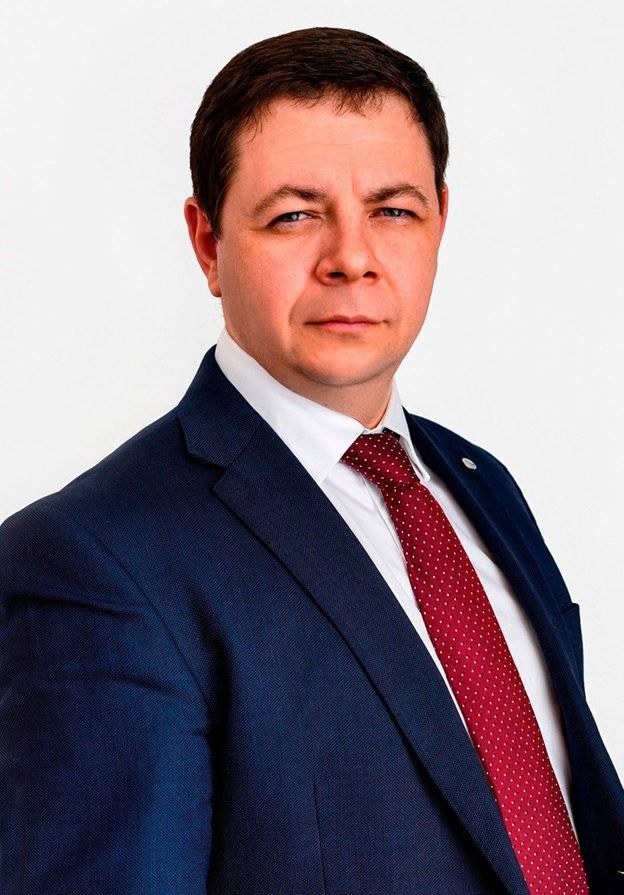 2. Refusal to perform work on the Defense Procurement (contract with JSC "scientific and production enterprise "Polyot") for the serial production of embedded computing modules and communication devices for the communication terminals of Su-34 and Su-35 aircrafts.

3. Refusal to perform work under the contract with the "Roscosmos State Corporation: this is about the contract with PJSC RSC Energia on the creation of a computer for the ISS scientific and experimental module. Today, documents for termination of the contract are being prepared.

4. Refusal to enter into a contract for work on extending the assigned service life of devices of the onboard computing complex of the ISS. 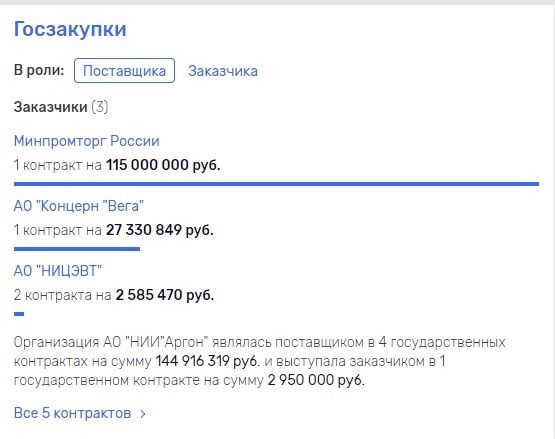 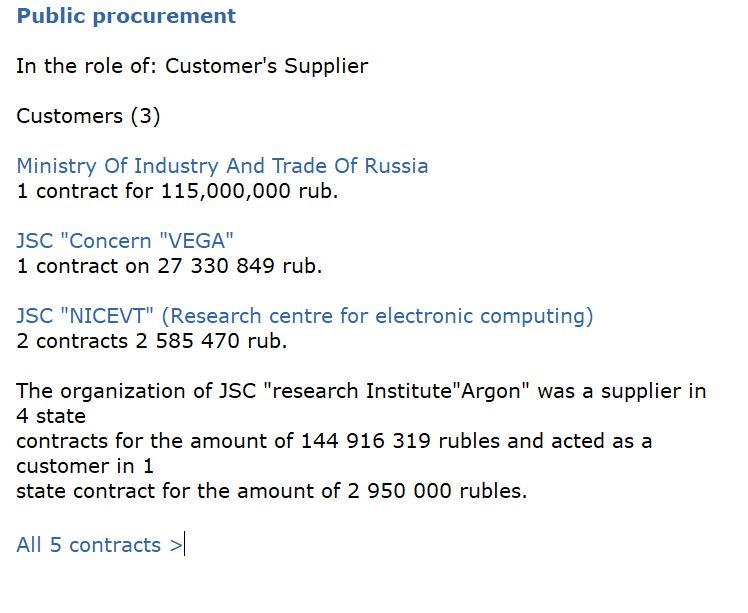 5. Refusal to fulfill any contractual obligations due to unwillingness, lack of funds, huge debts to ECB (Electronic Component Base) suppliers, debts to pay wages, inability to pay for the work of co-executors."

This appeal was sent… But so far, there are no signals that it has been received. As there are no necessary checks on the large-scale activities of Mr. Verba.

My interlocutor asks a question: "How many more companies should be destroyed in the Vega concern in order to draw attention to this big problem?". 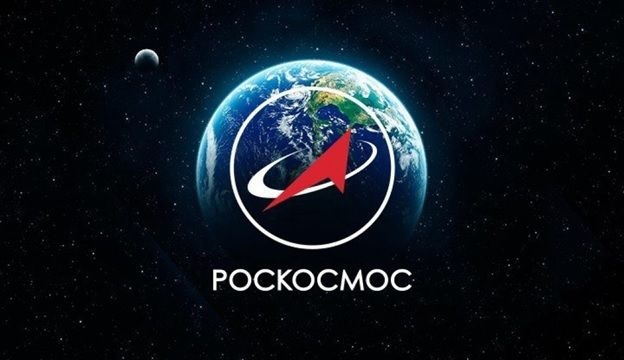 After the merger of a number of strategically important enterprises of the defense complex, the process of destroying enterprises is underway. These enterprises are turned into offices for renting to cover the losses of the head company. This is about a company that has been feeding promises for almost 20 years about creating a Russian AWACS with outdated avionics.

Indeed, there is a process of destruction of JSC Argon Research Institute, which was started by Alexander Kulish, rumored to be the son-in-law of General designer of the concern, "unsinkable" Vladimir Verba.

Here is a review of the work of Alexander Kulish, published on the ReTWORK website by one of the former employees of the Research Institute.

"General Director Alexander Vasilievich Kulish and Deputy General Director Gennady Fedorovich Koledyuk, destroyed the Argon Research Institute's defense enterprise in a year. And they continue to mock the team in a boorish manner, but it is almost impossible to fight them due to the family patronage of the Vega concern management. It is possible that some measures will be taken after the appeal to the Presidential Executive Office, but most likely they will be employed again in senior positions..." 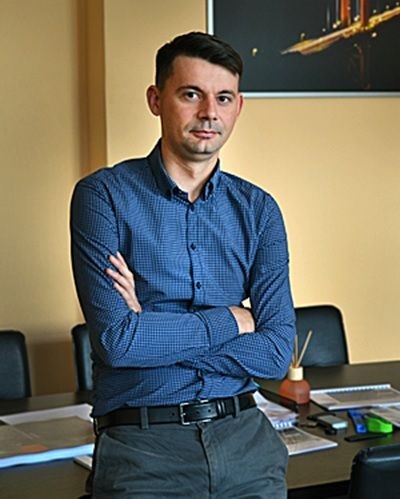 General Director of the concern Vyacheslav Mikheyev, who also became interim CEO of JSC Argon Research Institute took up the pulling of enterprises with zeal.

It should be recalled that in the investigation Roctec's VERBAl sword,  The Moscow Post  reported on how exactly General designer of the "Vega" concern Vladimir Verba gets rid of strategic enterprises, in particular, how Mr. Verba sold the Moscow Research Institute of Radio Communications on Nizhegorodskaya street.

Today, the building of the Moscow Research Institute of Radio Communications is being transformed into an apartment complex. This apartment complex will cover an area of 14 thousand square meters. Almost 400 apartments will start working in the seven-storeyed building. About 1 thousand square meters will be occupied by commercial premises. The complex will be equipped with motorcycle parking and underground parking. 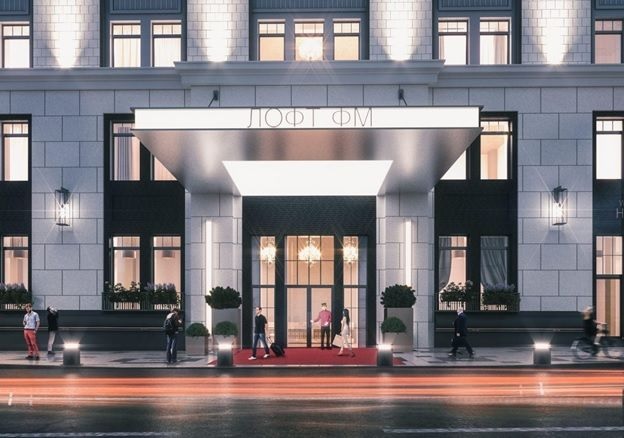 Further, Mr. Verba has been approaching the Moscow Radiotechnical Institute of Russian Academy of Science (MRI) for several years, where unique accelerators are still working. And the land of this Institute is beyond his dreams: MRI occupies more than 10 hectares on the Varshavskoye shosse (highway). 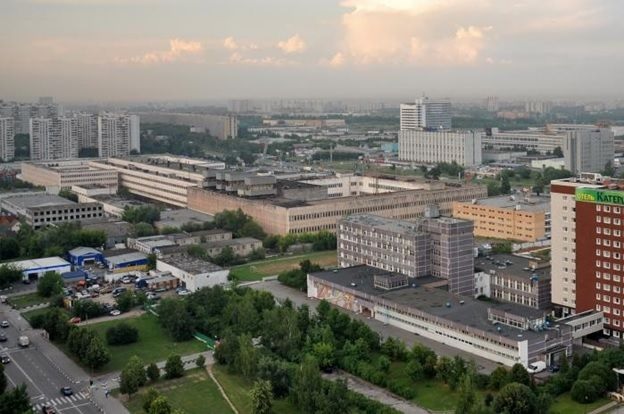 And it was Vladimir Verba who hurried and hurried scientists with the sale of the land.

The question arises: doesn't General Sergey Chemezov, Head of the Rostec State Corporation, which includes the Vega concern, know about these "tricks" of Mr. Verba? Or isn't Mr. Chemezov shocked by Rogozin's huge "successes" in the space sphere?

The Vega concern did not fulfill its obligations under the state contract to equip the production with the necessary equipment. This was stated by the Federal Antimonopoly Service of Russia. And reported by TASS.

"The company has not fulfilled its obligations to equip production with equipment in accordance with the terms of the state contract," - the report said. - Some of the delivered equipment does not correspond to the project documentation. 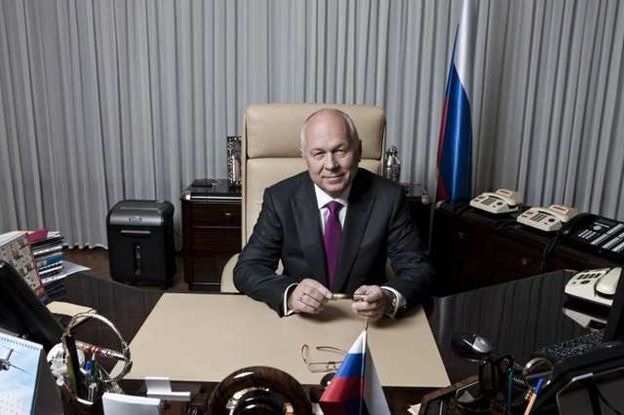 Violations in the implementation of the project for technical re-equipment and reconstruction of production facilities were identified following the results of the concern's check.

The FAS sent an order to the concern: Vega is obliged to eliminate violations and fulfill the terms of the state contract.

Failure with the A-100 aircraft

The Vega concern had a complete failure with the Airborne Early Warning (AEW) project — the A-100 aircraft.

The system was supposed to come into operation in 2013.

One of the reasons for the extension of the project is the unavailability of the military transport Il-76MD-90, which is called Il-476 in the media. The A-100 is created on its basis. The upgraded Il-76MD-90 did not go into production: several design errors were detected in the radar.

The domestic AWACS program began in 2000.

The competition was then won by Almaz-Antey concern, which intended to create AWACS based on the A-100. Due to the large size of the equipment, the Il-76 or AN-124 "Ruslan" was considered as a carrier. 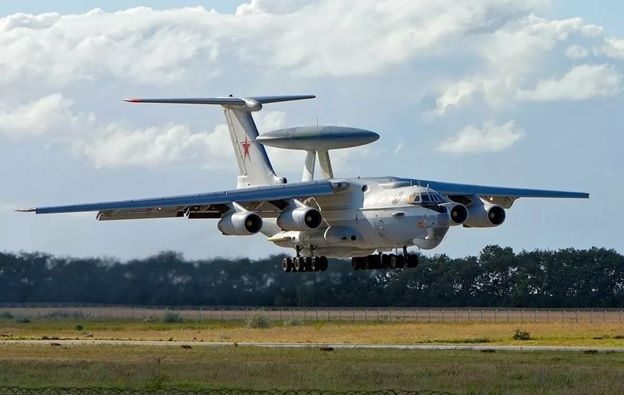 The domestic AWACS program began in 2000

The work was very slow. But in 2002, Almaz-Antey lost this contract. And then this contract went to the Vega concern.

Thus, the Department of Verba began to work.

But by 2010, it became clear that the concern was behind schedule, the aircraft did not make a single flight. The board was stuck at the test site of the Taganrog Aviation Scientific-Technical Complex n. a. G. M. Beriev.

But Verba continued to pour out promises. He promised to make a "serious breakthrough" in 3-4 years.

In April 2020, it was revealed that the new deadline was postponed to 2024

Thus, in 4 years it will be possible to celebrate the 20th anniversary of the development.

In 2020, these voices have become louder.

Findings of the Accounting Chamber

Vladimir Vega has become a hero of investigative journalism many times.

Who covers the General designer of the concern for so long? The Accounting Chamber found serious violations in the Vega concern back in 2014. In 2015, the Prosecutor General's office found them. Silence again...

The Vega concern seems to be falling apart. Slowly but surely.

But Mr. Verba's efforts are more than enough for other projects, even if they are completely far from the concern's profile. Here the media reports that in Komsomolsk-on-Amur, a competition has ended that determined a new contractor to complete the reconstruction of the city's embankment.

But, for God's sake, what does the embankment in Komsomolsk-on-Amur and the Vega radio construction concern have in common?

But there are such explanations from the builders.

- We looked at the company's data, it has 15 billion rubles of authorized capital, 30 billion rubles - fixed assets. The company is a subsidiary of the Rostec concern", - said Alexey Kosinov, Head of the Production and Technical Department of the KGB Komsomolskaya-on-Amur embankment of the Amur river. – According to the law, the contract is signed within 7 to 20 days, after which the company must start working. 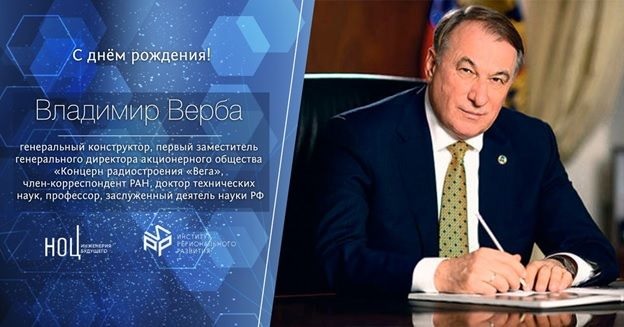 But the main work on strengthening the coast was completed in 2019. Now there is work to concerning the improvement of the territory. Due to problems with contractors (the previous one went bankrupt), the completion date for reconstruction was postponed to December 2021.

Why is the Vega concern engaged in the improvement of the embankment in Komsomolsk-on-Amur, when the earth is burning under its feet due to problems at the Argon Research Institute, with the AWACS project, and with many other initiatives?

Or doesn't Mr. Verba care about anything for a long time: is filling his personal pocket the main priority?