As it became known to the correspondent of The Moscow Post, a criminal case concerning the Rusmicrofinance organization was transferred to the IC of MIA of the CAD of Moscow. According to law enforcement officers, money was withdrawn from the company, and payments with creditors were made by attracting funds from new borrowers - that is, in fact, it was a financial pyramid. All this was carried out presumably in the interests of the "right hand" of Viktor Vekselberg, Iosif Bakaleinik. The controversial businessman may go to prison after his business partners, isn’t he?

And Bakaleinik should really be wary: the investigators got very close to him. The story of Rusmicrofinance is directly related to another microfinance organization, Domashnie Dengi, whose founder, Yevgeny Bernshtam, was arrested last year. As Forbes wrote, he was accused of major fraud, the organization of a financial pyramid. Bakaleinik was in the Board of Directors of the MFO.

Apparently, work in the organization, famous for its brutal methods, was organized under his supervision. As Fontanka wrote, back in 2015, the company's collection activities were investigated - they say that threats and arson were actively used to repay debts. Then a series of incidents related to beatings of citizens and destruction of their property swept through the South-West of St. Petersburg: arson of strollers, drawing grave crosses, posting defamatory leaflets…

The Moscow Post previously wrote in detail about methods of work in Domashnie Dengi. Is this the style of Mr. Bakaleinik's work?

As reported by Kommersant, at the end of last year, a case was opened against Alexander Shustov, General Director of the Money Funny MFO. The reason is still the same - suspicion of committing fraud on a particularly large scale. "Money Funny" may also hide the figure of Mr. Bakaleinik.

It turns out that "heads are flying around" Bakaleinik one after another. Is Vekselberg's "right hand" next in line? He has been working together with the oligarch for more than a dozen years - he worked in the Tyumen oil company, Renova structures, and was engaged in Swiss real estate in Züblin.

But the threads of all criminal cases really lead to Bakaleinik. It is rumoured that it was he who de facto controlled the market of microfinance organizations in Russia. And there are a lot of interesting offices there: the already known Domashnie Dengi and Rusmicrofinance, as well as Gorsbercassa, Parsa company group, Incasso, Money Funny, GreenMoney  and many others. And as soon as the Central Bank revoked the license of one office, a new one immediately appeared.

The scheme of work was extremely simple: money was invested in the company at a huge percentage, payments to the borrower were made at the expense of new attracted investors. And so it went on as long as the "fresh blood" continued to flow. As soon as the number of new clients stopped growing, the organization "collapsed".

Perhaps soon the entire empire of MFOs will collapse " - recently a legislative proposal was introduced in the State Duma to ban microfinance organizations from January 1, 2021. This is reported by the Parliament Newspaper. Apparently, it is already clear to everyone that the market cannot be cleared from Bakaleinik, so it is easier to simply "kill" the industry with a direct shot, isn’t it?

But Mr. Bakaleinik doesn't seem to care. He is already beginning to develop a new niche - the cashback market. According to Vedomosti, the Swiss Fund Fundwizer Holding AG, controlled by him, invested $1.5 million in the Skrepka service in the second round of investments. Previously, the startup had already attracted 200 thousand dollars from the Fund.

At the same time, they develop new business at the expense of old customers. The fact is that the loyalty card in the framework of the Skrepka cashback project is distributed to MFO clients. When paying with it, up to 25% of the amount spent is refunded to the card. But you can't just dispose of funds - you can only use them to repay loans from MFO partners of the project. It is very interesting: on the one hand, this way people continue to be "kept" on the microfinance "needle", on the other - new funds are attracted, since a person keeps them on Skrepka. But what happens to depositors' money?

Presumably, can they "leak" anywhere, as previously funds of MFO depositors "evaporated"? Bakaleinik seems to make no secret of his love for foreign firms through which money can presumably be withdrawn. According to the authors of the Rus republic portal, allegedly from Rusmicrofinance alone more than 400 million rubles, which belonged to investors, were withdrawn.

According to Rusprofile, Bakaleinik is listed as the founder of five companies. But in reality, he can control much more assets. For example, Apisem Limited is registered in Cyprus as the co-founder of Stroyleskomplekt. The foreign office owns a total of four companies, three of which are unprofitable, and one has not provided financial statements. 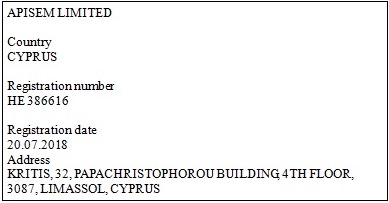 Bakaleinik is connected with several other foreigners - Cyprus EARL MANAGEMENT LTD and SELDINOVIA LTD, as well as with the Swiss FUNDWISER HOLDING AG, which, apparently, is now investing in Skrepka. By the way, there are persistent rumours that Mr. Bakaleinik himself lives in Switzerland - Viktor Vekselberg sent him there to work on his projects. Does the billionaire provide certain support to an old friend, so he manages to masterfully evade criminal prosecution?

Bakaleinik is also trying to "disown" microfinance stories with his own hands. For example, last autumn, Earl Management LTD, which is controlled by him, sued Domashnie Dengi for the recovery of more than 111 million rubles. According to the database of judicial and regulatory acts of the Russian Federation, the court did not satisfy the requirements. But was it worth the effort?

Iosif Bakaleinik is a man of many talents. He once worked as a project finance specialist for the International Finance Corporation. Then - special adviser to Russia on Foreign Direct Investment. Later, he worked as Deputy General Director of the Vladimir Tractor Plant. Then Vekselberg's Renova "coveted" the company - so the two merchants found each other. Eventually, Bakaleinik headed the plant, and then began working "under the wing" of the oligarch on other projects as well.

Then, Bakaleinik was "promoted" as an exemplary Russian Manager of a Western school - the fact is that this gentleman had already completed his studies at Harvard. And judging by his "merits", they teach very interesting things in this institution.

In particular, as Izvestia wrote, in 2003, State Duma Deputy Vladimir Yudin made a statement that Bakaleinik was involved in the "take away" of CJSC Yugraneft. At that time, he worked as the first Vice-President of TNK and allegedly helped "to take away" the company through bribery, extortion, and threats. Moreover, he was even credited with using armed methods! Did they teach him that at Harvard? Or did he "pick up" such skills while doing business in Russia?

In this case, it was almost an international scandal. The fact is that the parliamentarian was told about the incident by the Canadian Norex Petroleum Limited, which allegedly also received threats from Bakaleinik and his comrades.

According to the authors of the 6 channel - Vladimir portal, allegedly Bakaleinik also appeared in the case of embezzlement of the country's strategic aluminum reserve at the Vladimir Tractor plant. But then he got off with a slight fright: two of his subordinates, Rudolf Avanesov and Elena Kuzmina, appeared in the face of Themis, but they did not apply criminal liability to them either. And all because at that time they were already dismissed from the enterprise, and the mobile reserve was partially restored.

Ironically, after this story, Bakaleinik continued to work with aluminum. In 2003, he became the first Vice President of the SUAL group, one of the top ten aluminum producers in the world.

What only is not attributed to the businessman! Allegedly, he had a near-criminal past. His name also appeared in the so-called list of Yevgeny Primakov - they say, in a certain list, the ex-Minister of Internal Affairs listed persons suspected of economic crimes. The list includes 162 people who allegedly accumulated incriminating materials of a criminal procedure nature about violations in the field of administrative and economic activities and the financial sphere.

Can his name appear in the papers that will be put on the table of an investigator. "Heads" around him are already "flying", is it Bakaleinik's turn? Or does he rely on the absolute power of his patron Vekselberg?