According to the correspondent of The Moscow Post, Ruben Vardanyan's NtechLab has launched pilot projects of a facial recognition system in ten Russian cities. The cost of creating a video surveillance system in a large city is estimated at 100-110 million rubles on the market. It turns out that the businessman has developed more than a billion? Presumably, he did this not alone, but together with  Head of Tatarstan Rustam Minnikhanov.

The co-owners of the developer of the facial recognition system are Rostec's subsidiary RT -Business Development and New Dimension Fund Variable Capital Investment. The latter manages the assets of Ruben Vardanyan and his partners. It is noteworthy that Rostec put his own man - Vasily Brovko, who is also a partner of Mr. Vardanyan, to manage the business.

NtechLab previously announced plans to release an aggression recognition tool "for a wide audience" by 2021. For this purpose, the company attracted $15 million in investments from the Impulse Fund, associated with Roman Abramovich, and a group of private investors led by first Deputy CEO of Tele2 Alexander Provotorov.

Part of this money, supposedly, will go into the pocket of Vardanyan. Where would he send them? It is quite possible that to Tatarstan, the businessman is known as a sponsor of Head of the Republic Rustam Minnikhanov. According to Kommersant, a member of the Board of Trustees of the Tatarstan Investment and Venture Fund Vardanyan helped the family of the Head of the Republic to increase capital through the Luciano Spa complex in the centre of Kazan. The businessman owns 49% of the company through a Cyprus offshore company. He bought the share from the wife of the President of Tatarstan Gulsina Minnikhanova.

It is rumoured hat his entry into the business of Minnikhanov is considered a bribe. The fact is that only the buildings are registered on Luciano, and the money is earned by other legal entities, which the oligarch has nothing to do with. According to the ACF, Vardanyan paid the head of the Republic 43.4 million dollars, of which he "wrote off" 38.4 million. And to disguise the transfer of money, he purchased a Spa complex.

One of the richest people in the country is known primarily as the founder of the Troika Dialog investment company and the mastermind of SKOLKOVO. At the same time, he has long-standing and close ties with Tatarstan - since 2006, he owns shares in KAMAZ, which is based in Naberezhnye Chelny. In addition, together with Minnikhanov, he is a member of the Board of Trustees of the Investment and Venture Fund of the Republic of Tatarstan. 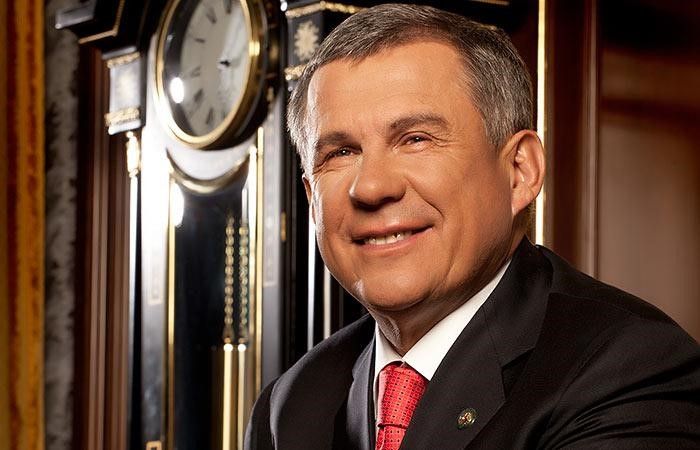 Minnikhanov "teamed up" with Vardanyan

As a fan of everything innovative, he, in his own words, is a "fan of Tatarstan" - allegedly he was impressed by Innopolis and the Universiade. But it seems that in fact he is attracted to millions in the region, which he "launders" together with the Head of the Republic.

Vardanyan became world-famous last year when OCCRP published an investigation about his offshore business. According to the authors of the Russkiy monitor portal, the businessman allegedly has been "laundering" billions for years through his Troika Dialog. At that time, suspicious Bank transactions attracted attention - a total of 1.3 million transactions were made to the accounts of 233 thousand companies. Thus, more than $470 billion was transferred.

At the same time, the "laundry" was engaged not only in withdrawing money from Russia. It allegedly helped elites secretly buy shares in state-owned companies and acquire property at home and abroad. The companies in which managers were listed as nominal characters were used for transactions - in fact, the firms were managed by influential Russian politicians and businessmen. It is possible that Mr. Minnikhanov was among these guys.

In total, there were 76 offshore companies in Vardanyan's "net". Accounts were issued to nominees - often people did not know that they own some assets, which are sent millions through Troika Dialog. Of course, this whole story would be impossible if the businessman did not have "lured" credit organizations. It is rumored that he acted through Citigroup, Raiffeisen, Deutsche Bank and Ukio, among others.

It is rather interesting first investment Bank in Russia that "pours" funds not into the domestic economy, but transfer money into foreign accounts.

A logical question arises: why have the competent authorities not had any questions to Mr. Vardanyan yet? It should be assumed that there won't be any - Troika Dialog acted in the interests of many high-ranking officials. In particular,  OCCRP  names ex-Governor of the Samara region Vladimir Artyakov, top managers of RAO EAS.

Taking this into account, it is clear where Vardanyan found the funds to buy the third stage of the Romanov Dvor business centre, which is located next to the Kremlin. The total cost of the third stage is almost 3 billion rubles. The partner in this transaction was the well-known Chairman of the Executive Board of RUSNANO Anatoly Chubais.

At the same time, initially the main share was owned by Chubais - apparently, for cover. Last year, as reported by Vedomosti, Chubais sold his share to the structure of Avica, which is associated with Ruben Vardanyan.

With the money raised from Troika, the oligarch managed to teach his children. About $3 million was deposited in the accounts of the Vardanyan family, which were later used to pay for the education of his three  offsprings in Britain.

Vardanyan also managed to establish contacts in the Kingdom. Thus, he participated in the restoration of the historic Dumfries House estate in Scotland, which belongs to Prince Charles. The businessman managed to collect about £1.5 million from Russian entrepreneurs for these purposes. This contribution was appreciated by a representative of a noble family - in 2014, he organized an official dinner in honor of the benefactors.

It turns out that Mr. Vardanyan has established relations not only with Russian elites, but also with foreign ones. That is, in case of something, he will be gladly accepted abroad. Can it be the reason why he is in Russia and does what he wants, not hiding much?

After the sale of Troika, Vardanyan became noticeably close to Minnikhanov. presumably it is with his family that he is now "developing" the funds invested in the facial recognition system. But isn't he afraid that those who are being used for this system will "recognize" him as well?