Segezha Group has no plans to conduct an international IPO. At this time, the company deprives shareholders of dividends and asks for money from the state, and its head Ali Uzdenov can be busy resolving personal issues?

According to the correspondent of The Moscow Post, the shareholders of the Segezha Group controlled by AFK Sistema during the annual general meeting decided not to pay dividends for 2020. The financial indicators that prompted such a step have not yet been disclosed, but it is clear that with good returns they do not refuse to pay dividends.

Such a signal cannot be considered positive for investors, because the whole last year of Segezha Group, under the leadership of its chairman of the board of directors Ali Uzdenov (managing partner of AFK Sistema), was engaged in IPO and raising money for the company. Where's the money, then?

In May, it became known that Segezha still has money - or at least that the group wants investors to think so. Then Segezha announced plans to increase plywood production by increasing the capacity of the Vyatka plywood plant. The amount of investments is 6 billion rubles, the term is the end of 2022. But the refusal to pay dividends for 2020 may indicate that the implementation of the project is in question.

At the same time, Segezha is asking for money to create a timber cluster worth 178 billion rubles. And he asks state banks: ВЭБ.РФ already plans to provide the project with preferential financing of up to 9 billion rubles, another approximately 18 billion rubles of shareholder financing is planned to be given by a consortium of banks represented by VTB and Sberbank. Segezha will also invest 18 billion rubles in it.

Financing is concessional. And why "Segezha" under the direction of Ali Uzdenov, such happiness? At the same time, Segezha and this is not enough - in the spring there was information that the company intends to conclude a special investment contract (SPIC) with the Government of the Russian Federation for the construction of a pellet plant.

Within the framework of the SPIC, investors can claim a number of tax benefits, including zeroing the income tax rate, reducing taxes on land, property and transport.

But this did not seem enough to Ali Uzdenov either from the filing of his chief, oligarch Vladimir Yevtushenkov, or simply because there is such an opportunity, Segezha claims to be a resident of the Arctic zone of the Russian Federation for the construction of its new pulp and paper mill in Karelia.

In the summer of 2020, the Segezhsky district became part of the Arctic zone of the country, which allowed the company to count on extensive state support in the implementation of its investment plans - at least this is expected in Segezha. 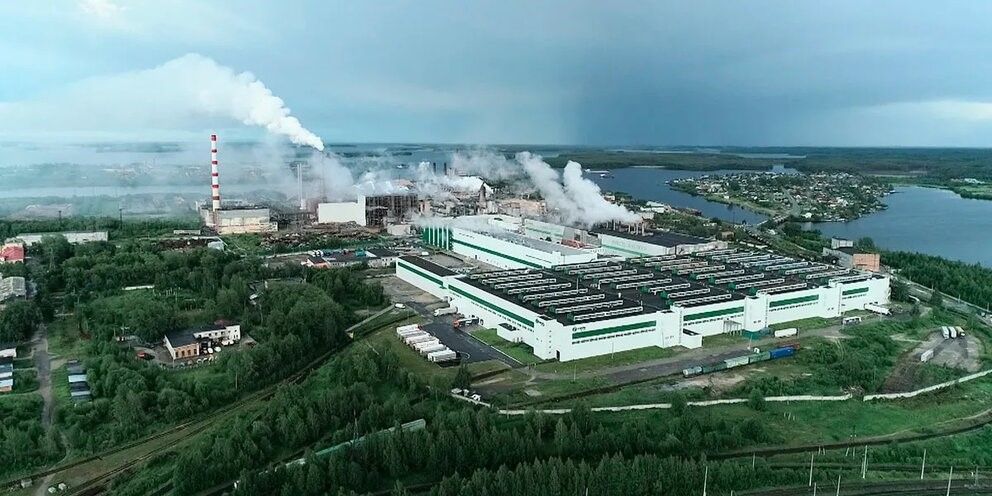 Segezha is not able to implement large projects without budget support?

According to TASS, the group has little state support for profile business - it is also going to implement two investment projects related to tourism. And also counts on budget support. Together with Cosmos Hotel Group in Segezha, a three-star hotel with 50 rooms will be built, as well as a cottage village.

No time for IPO

At the same time, recall, "Segezha Group" is dreaming of a foreign IPO. Earlier, the company entered the IPO on the Moscow Exchange, where it raised about 30 billion rubles. However, according to the authors of the VC.ru website, the allegedly company is simply not ready for a large-scale IPO in foreign markets. Among the reasons, the key is precisely financial.

Attention is drawn to the fact that in 2020 the structure ended with a net loss of 1.3 billion rubles, while the year before it went with a profit of 4.8 billion rubles. The situation is no better in many "daughters." For example, in Petrozavodsk LLC UK Segezha Group, which manages the assets of the holding in Karelia, the loss for 2020 year amounted to 146 million rubles. And this with revenue of 2.7 billion rubles.

Another point is that the structure has a high debt burden. Moreover, most of the debt is in foreign currency, which in the current situation with the weakening of the ruble does not play into the hands of the company. We remember how many firms that took foreign exchange loans failed due to exchange rate jumps.

There are other risks. Investors perfectly remember the scandal with the alienation of Bashneft's assets in favor of AFK Sistema, as a result of which the former head of the Ministry of Economic Development Alexei Ulyukaev went to jail. For Sistema, this ended in complete failure - the asset "left" it.

Another situation is related to PJSC LPC Karellesprom, which previously belonged to the government of Karelia. The company did not participate in the bidding for the repurchase of a stake, it was received by Karelia Palp, the main investor in the Kondopoga Pulp and Paper Mill and Russia's largest exporter.

Later it became known that the sale of a controlling stake was originally supposed, but only 43.8% were sold. Segezha has long had the same number of shares, "Moskovsky Komsomolets" writes about this. Most likely, Segezha could agree with the government of Karelia, with which it has been cooperating for many years so that they do not sell a controlling stake, as they originally wanted. Only then is there a market economy?

According to another version, Segege was simply afraid to sell the package because of its reputation. We are talking about unauthorized protests by environmental activists due to the work of the Segezhsky Pulp and Paper Mill in Karelia. It is he who owns a 43.8% stake in PJSC LPC Karellesprom.

Earlier, social activists suggested that the pulp mill may be related to the release of harmful substances, yellow snow, and mass death of birds. Relevant materials appeared in the Karelian press. Instead of refutation, the company decided to sue objectionable journalists. About this writes the publication APN. Apparently, because this can interfere with a beautiful picture for foreign investors.

"Mishkino" will not "break down"

At the same time, it is not completely clear how much more the chairman of the board of directors of Segezha Ali Uzdenov is engaged. It is possible that he is much more often in the Rostov region, which is basic for him, where, as it is believed, many of his personal business interests are concentrated.

The loud story with the Mishkino confectionery factory should also take attention, in the desire to get which Uzdenov is reproached by his detractors at all costs. Earlier, The Moscow Post wrote in detail about this. It all began with the fact that at the beginning of 2019, the Azov-Don Company demanded that Mishkino return 173 million rubles issued as a loan. It turned out that Ali Uzdenov was the guarantor of the loan.

In April 2019, he filed an application with the Arbitration Court for involvement as a third party. In it, he indicated that he did not know that at the time of the conclusion of the guarantee agreement, the factory had been operating at a loss for four years, and there was a huge debt on it. And even more: he considered that ADK and Mishkino are affiliated structures.

It is striking how such an experienced businessman as Ali Uzdenov acted as a guarantor of a loan, not getting acquainted with the finances of the enterprise. Speculation has been made, allegedly bankruptcy is fictitious - in order to alienate the company's assets and leave the market. Uzdenov was even credited with affiliating with Mishkino competitors, but in the end this was denied in court. 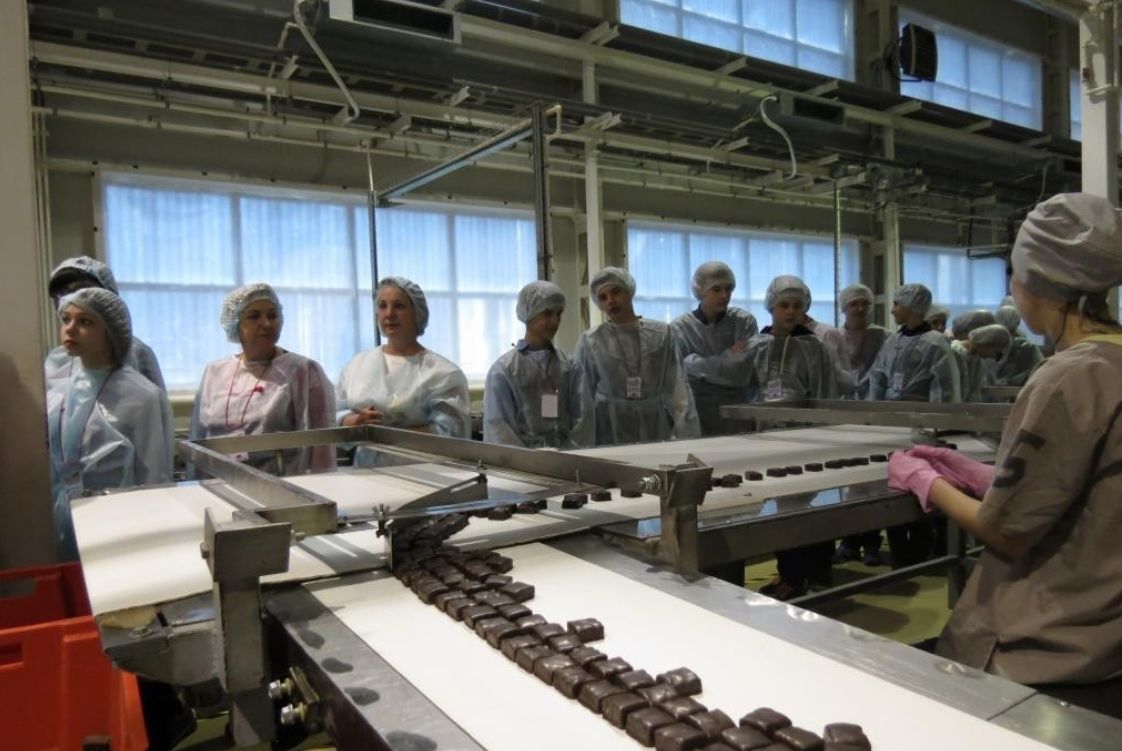 Confectionery factory "Mishkino" "sails" from the hands of Ali Uzdenov?

Now the prospects of Uzdenov to get "Mishkino" are finally melting. The owner of the factory, Sergey Ryzenko, and his creditors may soon conclude a settlement agreement and terminate Ryzenko's personal bankruptcy proceedings.

Now the A1 of Mikhail Fridman is actively entering the situation, 1.3 billion rubles of debt falls on PIR Finance LLC, affiliated with the chairman of the board of directors of Alfa Bank Peter Aven. Earlier, the company bought debts from the previous creditor of the factory, that is, no one will give Uzdenov Mishkino just like that.

It seems that Uzdenov is much more busy with affairs in the basic South than in the North, where Segezha works. According to the authors of the telegram channel "Ростов.ком", allegedly recently Timur Uzdenov, the son of Ali Mussaevich, married the youngest daughter of the authoritative businessman Magomed Kaitov. The latter previously headed the IDGC of the North Caucasus, and, according to President Vladimir Putin, at one time controlled the energy of the entire region.

If it was, it was before, because today Magomed Kaitov is sitting behind bars. He was found guilty of embezzlement of 340.1 million rubles by writing off part of the funds paid by consumers for electricity to controlled structures. About this writes "Kommersant". What caused Uzdenov to be related to such a person, were there common business interests in the South of Russia?

They say that these interests are captured by the Kaitov family in the Rostov region, which is basic for Uzdenov. The latter is considered a person close to the governor of the region Vasily Golubev. And not just loved ones - their families previously had a common business.

The son of Ali Yevgeny and the son of the governor Alexei previously belonged to Listopadovsky Sources LLC, which is engaged in rental and real estate management. Since 2016, the company has brought its founders some losses. At the same time, in the same 2016, Yevgeny Uzdenov, in the wake of media publications, withdrew from the company's capital.

A number of scandals were associated with the company DRSU - South, which at one time also belonged to Yevgeny Uzdenov. The company was engaged in the construction of a new cemetery in Rostov, and many complaints arose about its work. She won a competition for the construction of a cemetery. It was supposed that it would appear in 2018, but this did not happen.

At the same time, the company had state contracts for 776 million rubles. At the end of 2019, the structure received a loss of 262 million rubles. Did the money received from the budget not withdraw from it? It is known that Yevgeny Uzdenov sold his stake in the company at the beginning of 2019.

Evgenia Uzdenova is also associated with Stroymaster, which in 2019 received a contract for the construction of the Krivoshlykovsky-Sholokhova underpass without a competition. Before that, an electronic auction was declared invalid. Apparently, no one willing to master 107 million rubles, except for Stroymaster, was found.

With such cases, Ali Uzdenov is probably not up to the international IPO. Whether the owner of AFK Sistema Vladimir Yevtushenkov understands this is a big question. In any case, investors should be aware of what the management of the company lives, where they are offered to invest. In the case of Segezha Group and Ali Uzdenov, they may wonder if the sheepskin is worth the dressing.