According to The Moscow Post, the development company Sezar Group (Cesar Group) is going to buy a plot of the Krasnaya Presnya vegetable farm, which is located near the Begovaya metro station in Moscow. The transaction is either already closed, or is in the final stage, the possible amount is unknown.

Cesar Group is not an ordinary developer. It is believed that behind the structure are the interests of an even larger player, Kiev Square Group of Companies of the God Nisanov and Zarakh Iliev. Nisanov is one of the richest and most influential businessmen in Russia. In addition to the development business, it has control over large Moscow indoor markets - European, Food City, Moscow shopping center and others.

Why "Cesar" is associated with Nisanov is not difficult to understand. The developer is 70% owned by Isai Zakharyaev, and 30% by his partner Ruslan Semenov. Isai Zakharyaev is called the brother of another famous entrepreneur German Zakharyaev. As Novaya Gazeta wrote, the latter is the son-in-law of the God Nisanov.

If the information about the related ties of Zakharyaev and Nisanov is true, then it is difficult to believe that it was not Nisanov who gave the go-ahead for the deal to buy the Krasnaya Presni site in Moscow.

Interestingly, the Kiev Square Group of Companies claimed the territory of the vegetable farm. However, as a result, as often happens, the project seems to have decided to give to the trusted people of Nisanov.

Nisanov enters it in different ways. Not so long ago, his Kiev Square Group of Companies became the owner of a package of 10% of the Aircraft Group of Companies. This is another major development structure, one of the founders of which is Maxim Vorobyov - the younger brother of Andrei Vorobyov, Governor of the Moscow Region.

Nisanov is an adviser to Andrei Vorobyov on a voluntary basis, which in the context of his development business raises questions about a possible conflict of interest. As for Maxim, he is not represented in the capital of the main legal entity of the Aircraft Group of Companies, but owns 25% in the Two Capitals Aircraft.

With such powerful support in the person of the Year of Nisanov, Mr. Zakharyaev should have his hands untied. But Nisanov's main forces are still concentrated in Moscow. Meanwhile, it is unlikely that St. Petersburg will also be able to cleverly get out of the numerous scandals surrounding Cesar Group. 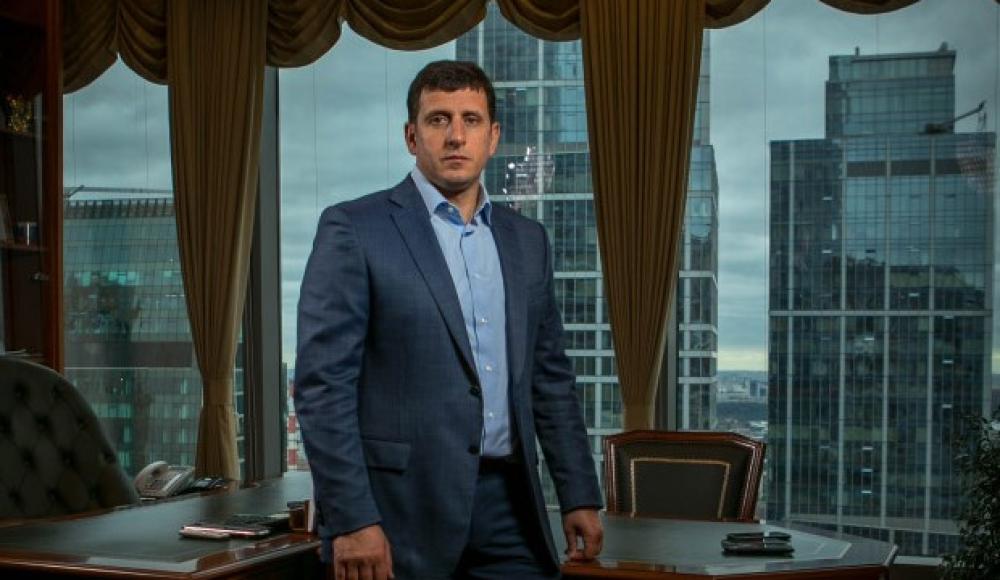 Isai Zakharyaev can only do the will of his older brother German, and both probably work in the interests of an influential relative of the God Nisanov

The key areas of activity of the holding have always been segments of commercial and commercial real estate. However, in the tenth years, Cesar sharply increased its housing portfolio, and in 2017, most likely, not without the help of Nisanov, entered the top 10 developers in the number of apartments sold.

Developers with a shower

It is with the projects for the construction of residential real estate that many scandals surrounding Cesar Group are associated. And the purchase of the Red Presni site may not be at all accidental. After all, on October 18, Jan Khizgilov became the general director of Krasnaya Presnya JSC. He also heads Istok LLC, which owns the rights to the domains of the Dynasty residential complex on Khoroshevskoye Shosse in Moscow.

The developer of the latter was just the Sezar Group. The LCD was built with a huge scandal, which, it seems, has not subsided until now. "Dynasty" is known, first of all, for delays in the delivery of apartments and a high-profile scandal with utility tariffs, which may be imposed by the company, sunk to equity holders by the developer himself.

Now the construction is still not completed to the end. The developer there is an affiliated structure of Monolithic House Building LLC. In 2020, it was possible to finish only the first place. It was expected to be adopted by the Moscow government, as reported on the page of Moscow state construction supervision. But there must be a lot of work there.

As follows from the information published on the Stroykontrol website, the allegedly delay in delivery is 2 quarters. This is allegedly the average delay in construction for other projects of the group - 8 months.

The Prosecutor General's Office of the Russian Federation, however, has different information. It carried out an unscheduled inspection at the site, during which the backlog was recorded at a level of more than 13 months. The results of the audit can be found on the website of the department.

At the same time, the question arises, and where did the interest holders' money go, if the houses were not completely handed over. According to the results of the audit of prosecutors, it turned out that the standard for the targeted use of N2 does not meet the established requirements of paragraph 3 of the Decree of the Government of the Russian Federation dated 31.04.2006  No. 233. Does the company have enough resources to complete the project?

Among ordinary equity holders, there are conversations whether money can be withdrawn from Monolithic House Building LLC. The company itself, through Comfort LLC, is 70% owned by Telman Zakharyaev, one of the Zakharyaev brothers. That is, related to "Cesar Group," and God Nisanov has.

At the same time, with multimillion-dollar revenue, it constantly works in minus. At the end of 2020, the loss amounted to 303 million rubles. The fictitious structure is similar to Comfort LLC, which has no revenue at all. In 2020, the company went into minus by 8.7 million rubles. At the same time, both companies, Comfort LLC and Monolithic House Building LLC are pledged to Sberbank of Russia. That is, in debt, as in silks. 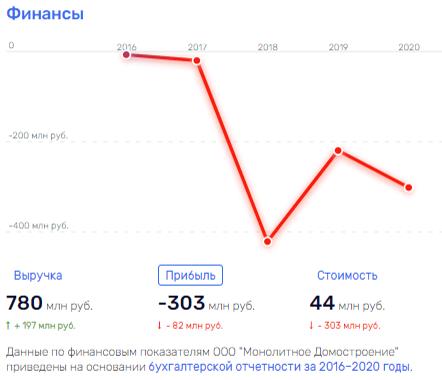 All this fuels rumors that Cesar Group may declare bankruptcy. These rumors are somewhat dispelled in connection with the news of the purchase of the Red Presni site. But the presence in the leadership of the JSC of a person directly related to the Dynasty residential complex through Istok LLC (the owner of the site) suggests that the new construction may be a kind of maneuver to attract investors' funds to the Dynasty project and other long-term construction projects.

In addition, residents of the already commissioned houses of the Dynasty residential complex could be imposed by the management company, which now raises utility bills.

If it were all the problems of the Dynasty LCD. Little luck and those whose houses managed to hand over on time. According to the authors of the site Our North, allegedly residents of the residential complex complain about fabulous communal tariffs, which are forced to pay LLC "Premier Comfort," left after "Cesar Group" Zakharyaev.

This is not the only problem object. Another problematic LCD is the Rasskazovo complex in New Moscow. Initially, 9 apartment buildings no higher than 11 floors were planned to be built there. Cesar positioned the project as class comfort housing. The price of the contract included developed infrastructure, including a landscaped park. Residents did not receive any of this.

Four years after the start of construction, when people began to settle in their apartments, the developer suddenly changed the development project of the entire microdistrict. Having sold the first apartments at considerable prices, instead of the planned green zone, Cesar Group decided to build three more apartment buildings high in 22 floors. At the same time, the Moscow authorities did not cause such a change, for some reason. About this writes the news agency Ulyanovsk-city of news.

Zakharyaev's reputation is not reduced to the problems of Cesar Group facilities. They are considered not just relatives and partners of the Year of Nisanov, but also his hands, which can be used for actions in which he does not want to shine himself. Most likely, something similar happened with the business of SDI Group entrepreneur Ilgar Hajiyev, who became a partner of Nisanov and his people in a number of development projects.

As a result, Ilgar Hajiyev lost his business, and was forced to leave the country. He himself believes that the SDI Group was banally captured by order of the God Nisanov. And Isai and German Zakharyaevs, according to the businessman, were one of the main faces in this situation.

We are talking about the Pirogovskaya Riviera residential complex, which Hajiyev and Nisanov's relatives began in 2012. But in 2015, the partners diverged in views on the construction process, as a result of which Hajiyev transferred the cases to Zakharyaev for some time (only six of their brothers).

As a result, according to Hajiyev, the brothers could not hand over the first LCD in time. He said that he was simply forced to give the construction to Zakharyaev, who did not have experience in such work. Hajiyev himself went for it allegedly because he did not want to quarrel with Nisanov and did not think that in the end he would lose his business.

The conflict was extinguished, and for some time Hajiyev even entered another project in which the Zakharyaevs - LCD Accord, and then LCD VernadSky, were supposed to participate. Allegedly, Isai and other brothers Zakhyaryaevs could be proxies of the God Nisanov to oversee these projects, while other people of Nisanov could participate in them directly with capital.

Be that as it may, later Ilgar Hajiyev claimed that due to a number of problems and tensions in relations between partners, God Nisanov could provoke a banal raider seizure of the SDI Group. Allegedly, young people visited the company's office, among whom as if there could be Isai Zakharyaev. Later, videos appeared on the network in which people similar to Isaiah and German Zakharyaev are housed in the office of the SDI Group.

It seems that the people on the video feel their complete impunity, and do not even worry that law enforcement agencies may have questions about them. Perhaps because the God Nisanov is trying to connect with people close to the head of the Ministry of Internal Affairs, Vladimir Kolokoltsev.

Back in the past, another relative of the God Nisanov, Oleg Yusupov, had a joint business with Kolokoltsev's son Alexander. Together they owned the restaurant company Il Forno. Yusupov also co-owns companies doing business with the Kiev Square Group of Companies. But after this information was leaked to the press (for example, Vedomosti wrote about it), Yusupov unexpectedly left the co-owners of Il Forno. 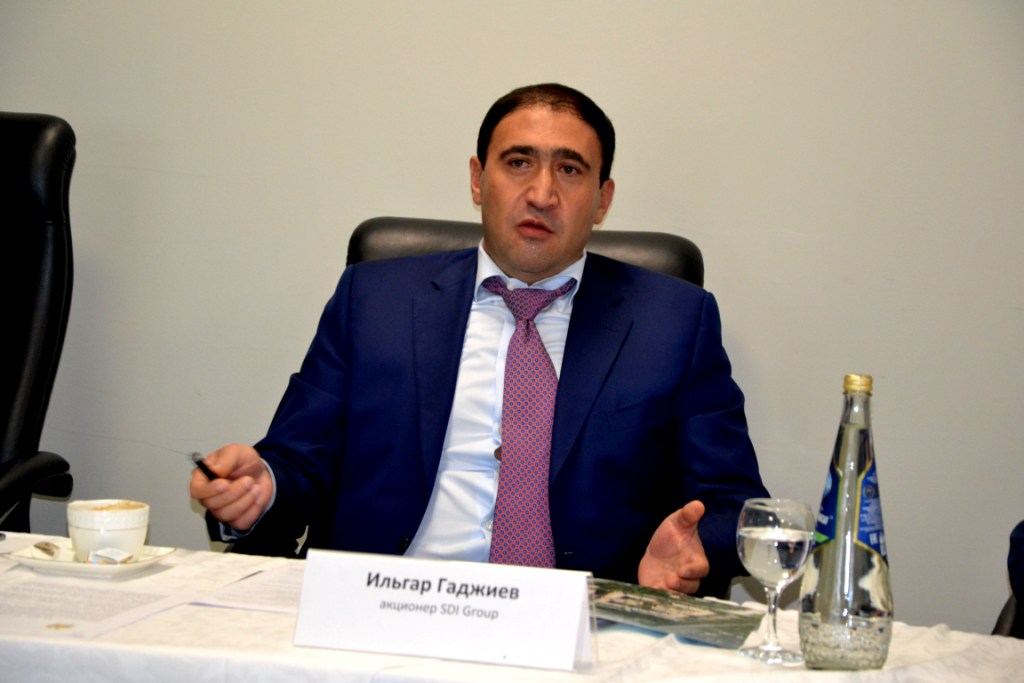 After joint projects with Zakharyaev, Ilgar Hajiyev was left without business

Thus, after the Rasskazovo residential complex, which was built not without problems, Nisanov, through people close to himself, can continue his expansion, while acting with someone else's hands and relying on the possible support of law enforcement agencies.