The minority shareholder, who has recovered almost 5 billion rubles from the Mechel structure, may be associated with the scandalous entrepreneur Yakov Shlyachnik, who is trying to attribute participation in many unseemly cases.

As the correspondent of The Moscow Post reported, the minority shareholder of Kuzbassenergosbyt PJSC in the person of the Moscow company Advalor-Consult obtained in the appellate instance the invalidation of several transactions of the sales company with partner structures that are part of Mechel-energo in the amount of 4.7 billion rubles.

The pretext for the appeal, at first glance, sounded decent - the controversial amount can now be used to pay dividends. At the same time, the minority shareholder also intends to exercise its right to receive them.

And everything would be fine if the logo of the Nord Capital company, with which many scandals were associated, as well as with its founder Yakov Shlyachnik, did not callow the eyes on the Advalor-Consult website.

Now Rusprofile has already hidden information about the founders of Kuzbassenergosbyt PJSC, but it is known that 25% of its authorized capital has been owned by Advalor-consult LLC since March 2021.

It sounds weighty, although it seems strange that the financial performance of Advalor-Consult LLC does not inspire such feats at all.

According to this information, from 2013 to 2020, the company balanced at zero profit, and in 2021 it generally fell into a financial hole with a net loss of 64 million rubles. And it is unlikely that the latter is associated with the acquisition of shares in Kuzbassenergosbyt.

If you delve into the judicial chronicle of Advalor-Consult LLC, it turns out that since last spring, all the cases in which it participates are related to the structures of Mechel. Over the year, the company filed eight lawsuits, the defendants in which are Mechel-Energo LLC, which controls Kuzbassenergosbyt PJSC.

The essence of the claims is the same - to recognize the agreements concluded between Kuzbassenergosbyt and other structures of the group that are unprofitable and violate the procedure for approving interested-party transactions. The total amount of these claims amounted to a total of 7.1 billion rubles.

As we can see, if the first instance sided with Mechel, the appeal considered this decision unfounded. 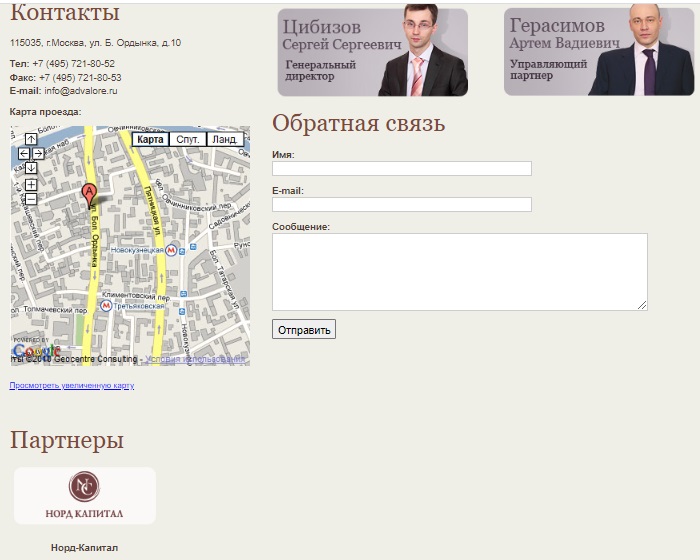 The presence of this icon on the site immediately puts a lot in its place. Photo: advalore.ru

At the end of March, Advalor-Consult, having also challenged a number of loan agreements between PJSC Kuzbassenergosbyt and Mechel-energo, has already secured 2.4 billion rubles from the latter in favor of the energy sales company. unjust enrichment and 1.4 billion rubles. interest for the use of other people's money.

In January of this year, its general director and one of the founders, Sergei Tsibizov, explained in an interview with Kommersant that the company is demanding compensation for losses to Kuzbassenergosbyt totaling €80 million.

What is happening has clear signs of greenmail. Representatives of Mechel do not comment on the situation, but judging by the development of events, they have no mutually beneficial dialogue with the lawyers of Advalor-Consult.

Earlier, interim measures were imposed on a number of assets of Mechel and its main shareholder Igor Zyuzin. Observers believe that there are signs of a possible raider seizure, although there is no confirmation of this from law enforcement officers yet.

From changing names, the essence does not change

On the website "Advalor-Consult" the logo of his partner - the company "Nord Capital" is visible to the naked eye. This circumstance gives grounds for speculation that the funds for the purchase of Kuzbassenergosbyt shares to the representatives of Advalor-Consult could be provided by their aforementioned partner, which was founded by entrepreneur Yakov Shlyachnik.

This causing negligence, provoking unnecessary questions, is initially embarrassing, but after closer study of the site, it becomes clear that since its creation in 2010, it, apparently, was not particularly interested in it and did not change anything on it.

Judging by the reports in "Rusprofile," there is not much to chic "Advalor-Consult." However, they lead a very eventful life. Photo: rusprofile.ru

Moreover, according to Rusprofile, Nord Capital has long changed its name to Algo Capital. However, the company's financial performance did not change from this. Moreover: they seem to be absent at all - Rusprofile has Algo Capital LLC, as the current company reflects financial indicators only from 2012 to 2017, according to the results of which, with revenue of 1.6 billion rubles, the company had a net loss of 474 million rubles. And after 2017, financial indicators, apparently, considered it necessary to hide from prying eyes.

Could a name change be needed to distance yourself from previous "exploits"? Photo: rusprofile.ru

At the same time, in recent years, a curious leapfrog reigned among its founders, where various offshore companies replaced one another.

If you look into the database of offshore companies, it turns out: we are talking about the same company, which simply changed its name.

All these curious details suggest that attempts are being made to hide any information in this way.

What is the Hatter famous for?

A simple search engine query immediately issues a series of publications dedicated to the "tricks" of Jacob Shlyachnik. It should be noted that representatives of the Nord Capital company have not previously missed the opportunity to mess with the media when their name is mentioned in the context of a particular scam. For this reason, including a name change? After all, it has already reached the point that information about claims to Nord Capital appeared even on the TASS news feed.

Last year, businessman Andrei Smirnov filed a lawsuit for 100 million rubles against the investment company Nord Capital. At the same time, the entrepreneur was sure that he was drawn into a banal financial pyramid. It happened back in 2012, and since then Smirnov has not been able to prove his case.

According to Smirnov, in 2012, as a private investor, he was offered to invest in some kind of "aggressive and balanced multi-strategy" with a yield of 100% and 50%, respectively. The entrepreneur entered into an agreement with the offshore company Nord Capital Financial Advisory Services Ltd. and transferred first 60 million rubles, and later another 40 million rubles through a transit account in Gazprombank. 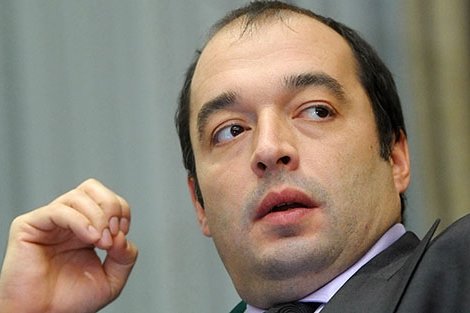 Jacob Shlyapochnik knows how to be convincing, but sometimes this is not enough. Photo: forbes.ru

When he tried to withdraw his money from the company, he was denied this request, dissuading the withdrawal of money in every possible way and, according to him, allegedly persuaded to personally meet with the chairman of the board of directors of Nord Capital, Yakov Shlyachnik. At the meeting, he insisted on an additional contribution from the investor in the amount of at least 500 thousand dollars.

Note that for a long time everything was calm in Nord Capital. But on August 1, 2014, searches began in the Moscow office of the company, Versiya wrote.

Even earlier, a criminal case was initiated on fraud on an especially large scale against unidentified persons at the request of another injured investor Viktor Vorobyov, who got into a similar story.

They say that there are a lot of such stories with the participation of affected investors and Nord Capital. Some of them were published on behalf of the victims anonymously on social networks. It is possible that their authors simply hope to agree in a good way with Shlyachnik and thus try to remind him of himself.

A major fiasco survived Nord Capital in 2014, when in America the National Futures Association (NFA) banned NC Advisors and its shareholder Shlyachnik from conducting operations in the American market. Probably, this event prompted Shlyachnik to change tactics somewhat - according to unconfirmed information, presumably he began to sign contracts with his clients not on his own or from Nord Capital, but on behalf of some offshore company, which was soon liquidated. Together with him, responsibility for falsified data on mega-successful investment of the client's funds, which were "drawn" to him in his personal account and for some time harbored his illusions of profit, also disappeared.

As the example of courts with PJSC Kuzbassenergosbyt shows, the range of interests of Yakov Shlyachnik and his assistants has since expanded significantly. And the arrogance, apparently, increased. Still, to sue with such a huge structure as "Mechel" - this one must try.

The results of the further efforts of Shlyachnik and Co in this field can be observed in the very near future. Obviously, the battle for "Mechel" is only gaining momentum...