Traits of the "mind" Maxim Sokolov

Can businessman Dmitry Chertok arrested for fraud testify against the vice-governor of St. Petersburg Maxim Sokolov in the SmartAvia case?

According to the correspondent of The Moscow Post, Sheremetyevo International Airport and SmartAvia Airlines have agreed to start basing airline aircraft at the airport. The air carrier intends to use Sheremetyevo as the second base airport in the Moscow air hub.

Now SmartAvia hubs are located in the capital's Domodedovo, St. Petersburg Pulkovo and at the Arkhangelsk airport.

Nordavia Airlines in 2017 was renamed by the airline's owner Sergei Kuznetsov in SmartAvia and is better known for high-profile scandals and a conflict with businessman Dmitry Chertok, the son of the former deputy head of Rostransnadzor Vladimir Chertok.

A few years ago, Dmitry Chertok tried to seize SmartAvia by raider, then was accused of fraud and fled abroad. In July of this year, Chertok was extradited from Hungary. On the sidelines of the mention of this scandal is the name of the former Minister of Transport Maxim Sokolov, the current vice-governor of St. Petersburg, who may have a headache after Chertok Jr. begins to testify.

The background of the conflict between the owner SmartAvia Sergey Kuznetsov and Dmitry Chertok is as follows. Sky Invest, owned by Kuznetsov, bought Nordavia from Norilsk Nickel, the latter acquired it in 2011 from Aeroflot. In March 2016, Norilsk Nickel resold the Sky-invest airline, controlled by businessman Sergei Kuznetsov. And a month later, the Cypriot "daughter" of Norilsk Nickel, Norilsk Nickel Finance, transferred the rights of claim to Nordavia on loans of $182 million and 1.2 billion rubles to Seychelles World Best Trade (WBT). 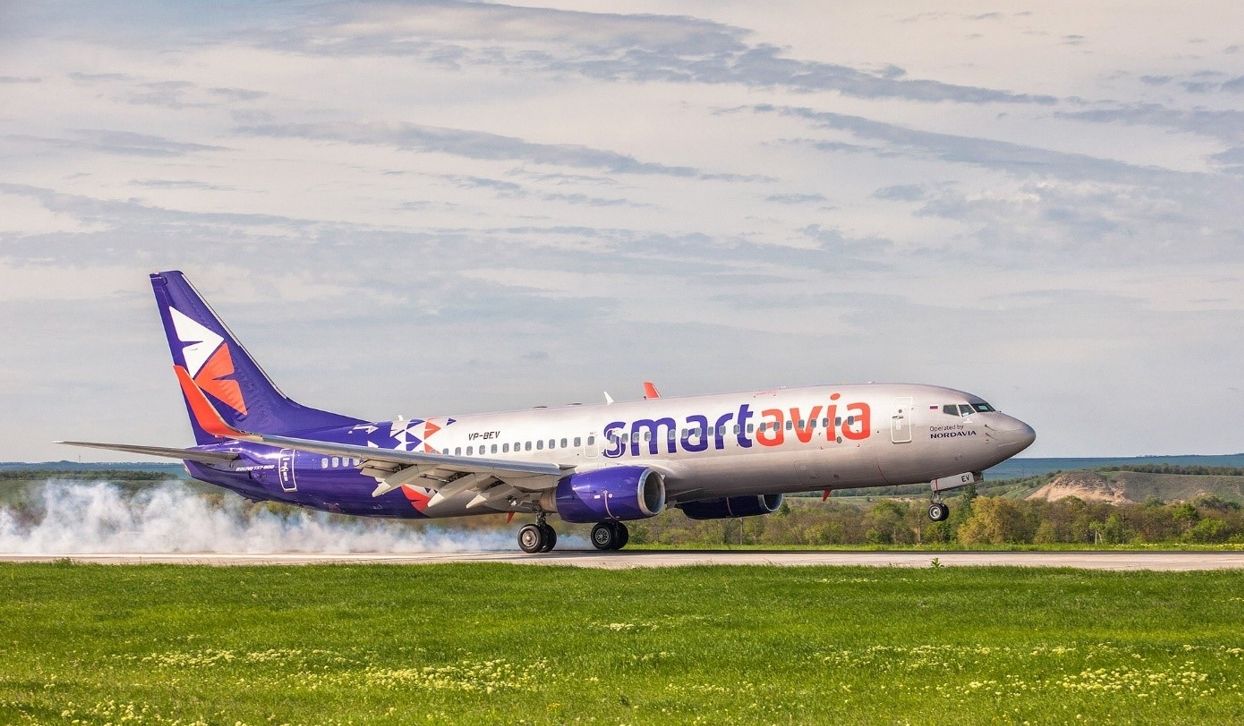 After the change of creditor, a corporate conflict began between Nordavia and Chertok's WBT, demanded an early return of the ruble part of the loans. On April 28, 2017, Nordavia announced an attempted raider seizure by WBT and Dmitry Chertok. The businessman denied the raiding charges.

Nordavia stated that World Best Trade received the rights of claim illegally, since a concept agreement of understanding was concluded between Chertok and Kuznetsov when the latter bought Nordavia.

In the summer of 2017, the case was initiated at the request of Nordavia by the Investigative Department of the Investigative Committee of Russia for the Arkhangelsk Region in relation to Chertok under Art. 159 "fraud."

In 2018, Chertok fled the country and was put on the international wanted list. In 2019, he was detained in Hungary, and on July 8 of this year he was handed over to the Russian authorities.

From Hungary in shackles

A criminal case on the fact of especially large fraud (part 4 of article 159 of the Criminal Code of the Russian Federation), the Moscow Interregional Investigation Department for Transport of the Investigative Committee of Russia (ICR) opened in early 2018 after an appeal from representatives of Vnukovskaya Investment Company CJSC, Kommersant reported.

According to LIVE24, in addition to organizing embezzlement from Vnukovskaya Investment Company CJSC, the entrepreneur is associated with a scandal surrounding Nordavia Airlines.

Given that the father of the businessman Vladimir Chertok from 2010 to 2018 worked as deputy head of Rostransnadzor and was directly subordinate to Maxim Sokolov, the investigation will have questions directly to both Chertok Sr. and his immediate then chief Sokolov.

According to LIVE24, Sokolov himself could be involved in the story of the capture of Nordavia.

The latter was closely associated with the family of Vladimir Chertok. Meanwhile, Maxim Yuryevich appeared as the head of the Ministry of Transport in another scandal related to the VIM-Avia company. In 2017, the carrier could not continue to fulfill its obligations due to the lack of both own and borrowed funds, and Sokolov called state support for the company meaningless. Subsequently, due to the actual termination of the company, the official received an official discrepancy from the President of Russia.

Perhaps it was for this reason that Sokolov was sent to "correctional work" in St. Petersburg, appointing him deputy governor. As Delovoy Petersburg reported, the President announced an incomplete official discrepancy with the Minister of Transport Maxim Sokolov in connection with the situation with the VIM-Avia airline.

After the scandal with his son, Vladimir Chertok was forced in June 2018 to resign as head of Rostransnadzor. 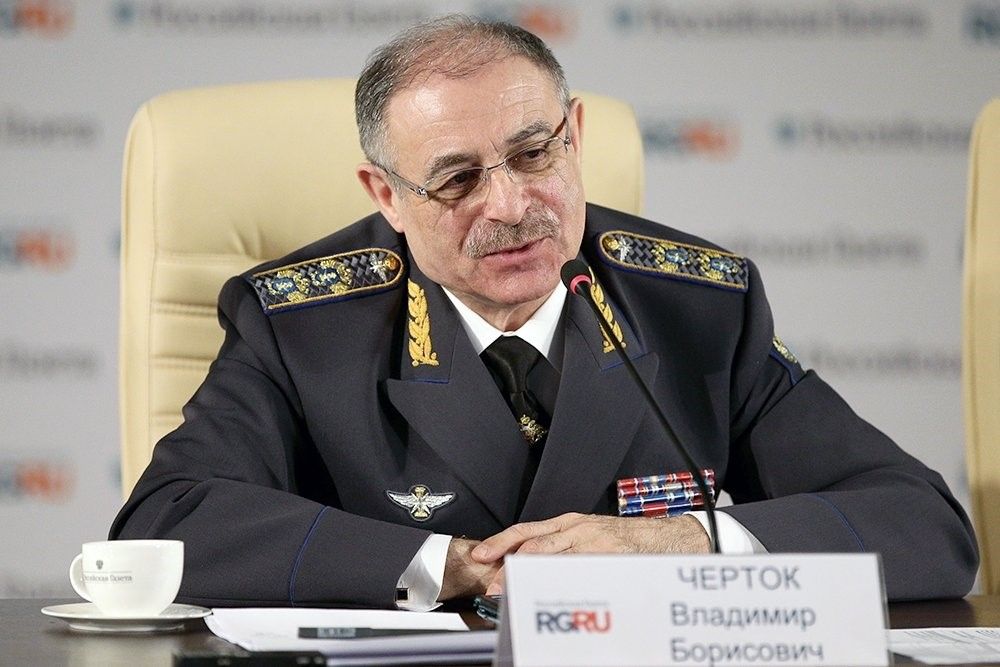 According to rumors, such a stable stay of an official in such a responsible post could be an assistant to the President of the Russian Federation Igor Levitin, who oversees transport. Chertok Sr. does not want to leave the department, and probably, not without the help of influential patrons, he retained his position even after his resignation, getting a job as an adviser to the head of Rostransnadzor. Meanwhile, Chertok Sr. in his post oversaw aviation safety.

Therefore, it is not surprising that in the conflict with Nordavia, Rostransnadzor allegedly obstructed the course of the judicial investigation in every way. And the Federal Air Transport Agency stubbornly tried to find shortcomings in the work of Nordavia, hoping to deprive it of its license to operate.

Vladimir Chertok is credited with creating a system of supervision and control in the field of transport security and a single duty dispatch service with the functions of the Crisis Management Center and the Aviation Safety Coordination Center in the transport complex. However, this is not quite so.

As follows from a letter from Alexander Komarov, a former pilot from the presidential squad of Boris Yeltsin and Vladimir Putin, to The Moscow Post, corruption is flourishing in Rostransnadzor amid increased incidents with aircraft. Flight safety for as of 2019 fell by 30%.

A detailed analysis of the problems arising from alleged corruption crimes, Komarov presented to the leadership of the department. However, it did not give progress to the investigation. Perhaps fearing that their own abuses would be uncovered?

The pilot also contacted law enforcement agencies. But in the Office for the Supervision of Compliance with Laws on Transport and in the Customs Sphere of the Prosecutor General's Office of the Russian Federation, the documents were adopted, but all were considered on the merits, and they completely ignored sensitive information regarding Vladimir Borisovich Chertok.

Not the "eagle" Sokolov

Maxim Sokolov's favorites - father and son of Chertoka - are now clearly not "on the horse," which means that the vice-governor of St. Petersburg may have additional problems while he is trying to establish control over Metrostroy. 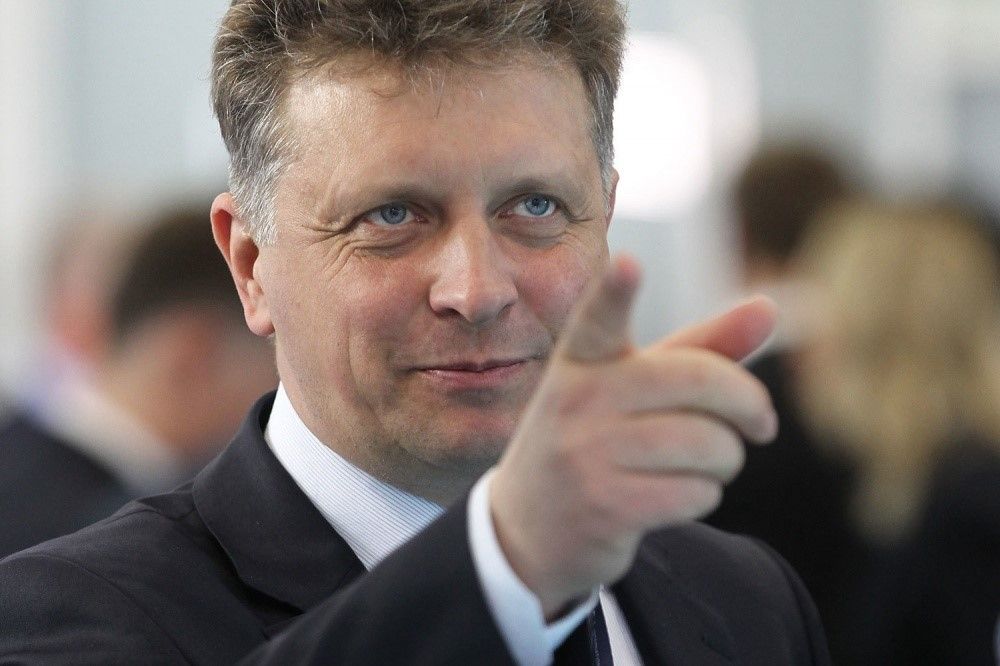 Recall that the intra-corporate conflict in St. Petersburg "Metrostroy" is developing in the conditions of bankruptcy of the enterprise. The appointment of acting general director Alexei Starkov instead of Ivan Kargin provoked new scandals. At the absentee meeting of the Board of Directors, the formed temporary sole executive body of Metrostroy OJSC appointed Deputy Director Alexei Starkov as the new head of the enterprise.

Vice-Governor Maxim Sokolov, together with the deputy head of KIO, chairman of the company's board of directors Alexei German and VTB Bank, are interested in personnel changes.

At the same time, it looks convincing that Maxim Sokolov and his entourage are trying to gain sole control over Metrostroy because in the future Smolny intends to build a new series of metro stations in St. Petersburg until 2030. The ex-Minister of Transport, who controls the construction of new metro lines, roads, investments, tourism in the leadership of St. Petersburg, understands that these areas account for about 70% of the city budget, and control over Metrostroy is designed to strengthen its power over the city.

However, Sokolov's scandals in St. Petersburg went beyond the region, and with the deportation of Chertok Jr. to the criminal case will probably add new episodes about the raider seizure of SmartAvia. Could Sokolov himself, acting through his father and sons, be the beneficiary?

Now the security forces have an additional opportunity to check the activities of Rostransnadzor, and personally the role of Vladimir Chertok, as well as to trace the causal relationship with Sokolov, during whose time the Minister of Transport Chertoki felt so freely.