To whom he is not Borodako

Metropolitan developer Denis Borodako can take part in a large "sawing" scheme at the level of Moscow construction officials. Our reader announced this in his letter to The Moscow Post.

According to the informant, Borodako, in order to obtain several Moscow plots for development, allegedly organized a scheme to supply local officials with kickbacks, among whom the names of Moscow Mayor Sergei Sobyanin, his adviser and the head of the construction corporation are called "Barkley" Leonid Kazinets, Chairman of the Committee on Architecture and Urban Planning of the City of Moscow Knyazhevskaya Yuliana Vladimirovna, Deputy Mayor of Moscow for Urban Planning Policy and Construction Andrei Bochkarev and State Duma Deputy Vladimir Resin, who at one time served as mayor of Moscow.

The cadastral numbers of the plots for which Borodako could give bribes are listed. Photo: Courtesy of The Moscow Post informant

Adventures of a Quarter Billion

The source claims that Borodako initially attracted Kazinets, as the closest person to Sobyanin, in order to resolve the issue of acquiring a plot on 3rd Setunsky passage 10 and permits for the construction of an residential complex here.

According to the informant, Borodako borrowed money from VTB by agreement with one of the top managers. It is possible that the shares of the founders of some companies, where Borodako is the head, are pledged by this particular bank. Which also indicates that Borodako may not have "living" money. 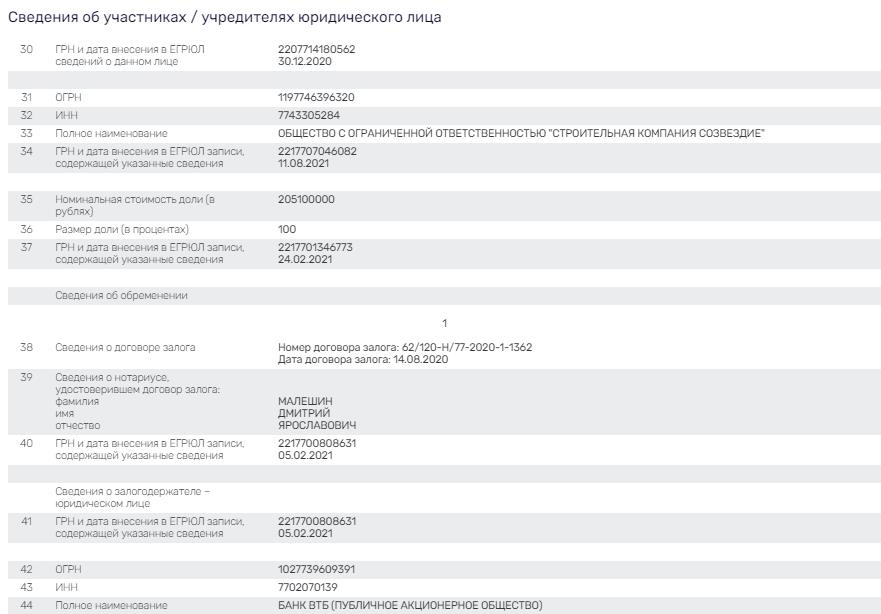 But since the solution to the issue was delayed, Borodako decided to "put pressure" on the other side in parallel, and went to Resin. He, for his part, brought him all the same Knyazhevskaya and Bochkarev.

Apparently, the slowdown of the situation happened at this stage, because after attracting Resin, Borodako went to the third intermediary - a certain Edinarkhov Alexander Stanislavovich. According to Rusprofile, this gentleman owns several firms in Crimea.

Previously, he did business in Ukraine. Back in 2007, Edinarkhov sued Novokhatsky Alexei for a plot in the Crimea, and lost the dispute. The court found that a sale and purchase agreement was concluded between the entrepreneurs, but Edinarkhov evaded the state registration of property on Novokhatsky. That is, in fact, just took money from him and wanted to "throw" to the site? I wonder how such a citizen ended up close to the mayor of Moscow?

Both there and here

According to our informant, Edinarkhov allegedly maintained ties with Ukraine. After the annexation of Crimea to the Russian Federation, he left Russia and, returning, received a Russian passport and a donkey in Moscow. He has ties with the security forces of Ukraine and Russian officials in Moscow and Crimea.

We managed to find a document from 2016, in which Oleksandr Stanislavovich Edinarkhov is called one of the members of the provisional commission for the organization and conduct of public discussions on the draft master plan of the municipal formation of the urban district of Yalta of the Republic of Crimea. If this is the same citizen, then he obviously changed his name to a more Russified one. And his connections can go all the way to the head of Crimea, Mr. Aksyonov. The latter is a former Ukrainian citizen. In this case, it is not wise that Edinarkhov's connections can be there and here. 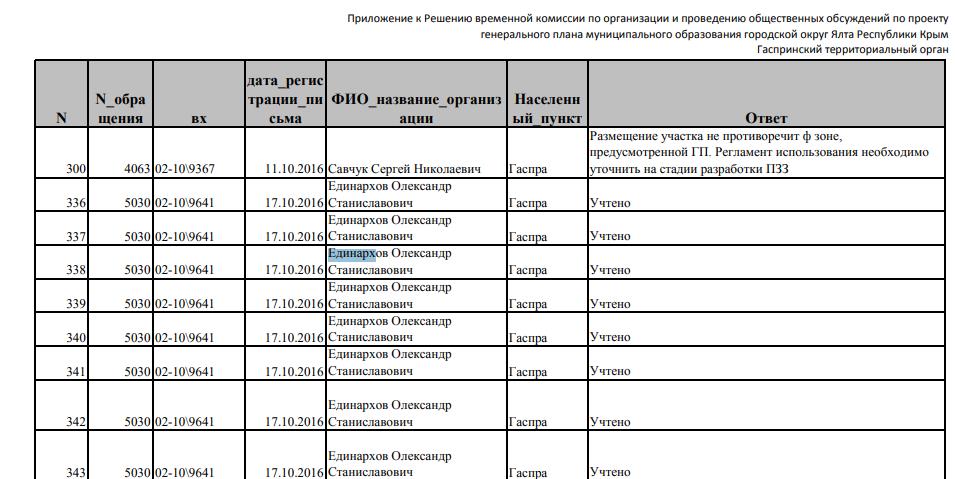 According to the informant, Edinarkhov and Borodako, through the legal entity of the Dominant Management Company and AI Invest, agreed on the same 250 million rubles for lobbying permits for each site and Edinarkhov began to fulfill the task.

However, Kazinets coped faster, which provoked a conflict of interest between all the "assistants." As a result, Borodako still received his "squares." Now on Setunsky the residential complex "in the third Setunsky passage" is being sold, built by the "Dominant" Borodako, and besides it also a business center, for which, most likely, everything was started.

The Moscow Post learned that Borodako will be built on Setunsky back in November last year. Then we found out a few interesting details regarding the entrepreneur's connections. For example, with the husband of the sister of Prime Minister Mikhail Mishustin, Alexander Udodov, who two years earlier sold the territory to Borodako in the 1st Setunsky passage.

At the same time, Udodov has a business in Germany, and Borodako's partner in the construction project, Alexander Rusnak, is "tied up" in Austrian and German offshore companies. Like another colleague of Borodako "in the workshop" - Alexey Godovanets (together they own the company Partners, "and Godovanets is also Bely LLC, tied to BISHON HOLDINGS LIMITED). The latter indirectly indicates the possible "fluidity" of funds passing through Borodako.

As for other territories mentioned in the letter, now there are warehouses, premises for trade and various kinds of institutions. We will not be surprised if after some time the type of their permitted use will be changed to operation for the construction of commercial and residential real estate. All sites are located in rather attractive locations.

In addition to ties with metropolitan officials, Borodako may have intersections with the former head of the PIK construction corporation Sergei Gordeev. At least, as Kommersant wrote, Denis Borodako could act in the interests of the PIK group in its possible attempts to take the production site of the Mikoyanovsky meat processing plant for development.

According to the Unified State Register of Legal Entities, Borodako and the stepson of billionaire Alisher Usmanov Nathan Viner conducted business together through GKR LLC.

In addition, there was recently information that the former subsidiary of the Moscow Moskapstroy Moskapastroy-TN is considering the possibility of building housing on the site of its Krasny Mayak warehouse complex in southern Moscow.

The main beneficiaries of the structure are the former major Moscow official Leonid Monosov, Marina Mamontova and our hero Denis Borodako created a separate company "Red Lighthouse," which, perhaps, will be engaged in the project. Monosov is a former member of the board of directors and vice president of AFK Sistema oligarch Vladimir Yevtushenkov. So Borodako's connections can extend into this steppe.

It is possible that through the tandem of Yevtushenkov and Monosov Borodako and went to the Moscow mayor's office. They say that Yevtushenkov regularly and well sponsors Sobyanin's "undertakings," and he, in turn, contributes to the acquisition of the most attractive plots in the capital by AFK.

It is believed that Monosov was "grown up" by Vladimir Resin. I wonder if the businessman is offended by Borodako for the fact that he probably ended up doing all the things with Serpukhov passage through Kazinets?

In any case, another solid speculative scheme looms at the level of officials of the Moscow mayor's office. As they say, everything is bought!