Could Ilya Gubin have been involved in possible embezzlement in Novikombank, what is the former client of the organization David Tetro afraid of, and why does the head of Rostec Sergey Chemezov not comment on this story?

As the correspondent of The Moscow Post reports, the all-Russian public movement Veterans of Russia demands to check the activities and management of the Novikombank credit institution for possible embezzlement and misuse of funds.

The reason was an appeal received by the public movement, which refers to a set of circumstances related, in the author's opinion, to large-scale embezzlement of public funds committed in the period from 2012 to 2015. The position of the Veterans of Russia can be found in detail here.

In those years, Rostec did not yet own a 100% stake in the bank, as it does now, when even the structure of its board is classified. In those years, 82% of the structure was owned by the famous Russian banker Ilya Gubin. At the same time, one of the most dear and respected clients worked with the structure - entrepreneur David Tetro, who later came under investigation.

All this was to be closely monitored by the head of Rostec, Sergey Chemezov. According to evil tongues, both Gubin and Tetro allegedly acted, if at the suggestion of Chemezov, then perhaps not without his approval, and perhaps in his personal interests. However, it is impossible to prove this. 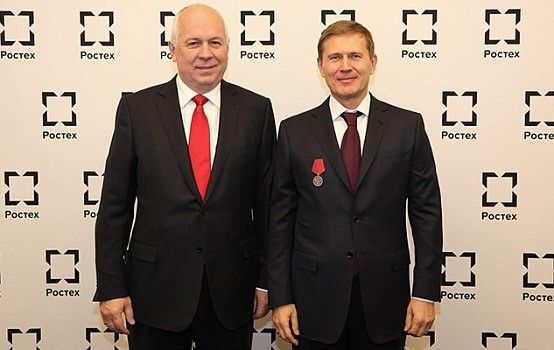 No one made secret of the fact why Rostec needed its own manual bank. The company intended to work with the largest foreign technology companies – Samsung, Boeing, and others. This was the reason why Rostec entered Novikombank. However, after Rostec fell under Western sanctions, the concept seems to have changed. After all, the bank is an excellent tool for possible withdrawal of money abroad. And the money in the state-owned Rostec - a dime a dozen.

Tetro caught in the middle

The story of the possible embezzlement of funds, however, did not arise yesterday and not from the letter of the Veterans of Russia. In 2020, the aforementioned entrepreneur David Tetro returned to the Russian Federation after hiding in Israel for some time. And then he was arrested on charges of embezzlement from Novikombank of about 8 billion rubles, as Versia writes.

The story is shrouded in mystery. Now, in the public sphere, there is no information even on the composition of the board of Novikombank, from which the same Gubin has long since left. With Tetro, the situation is different – he was one of the key clients of the organization.

By the way, Tetro is not the first name of a businessman. Back in 2005, David Tetruashvili (that was his name) was put on the wanted list in a fraud case. This was written by Versia. To avoid arrest, Tetruashvili went to Israel, where he changed his name and sat out dangerous times. And then he returned to Russia and began to do business, "crediting" in Novikombank.

Tetro had a company called United Transport Corporation (UTC), which was engaged in cargo transportation in Russia and the CIS. In 2012-2014, UTC and Izhevsk Oil Refinery LLC, which also was controlled by Tetro, received about 4 billion rubles of loans from Novikombank. That is, with the sanction of the "majority owner" Gubin with shares above 80%. 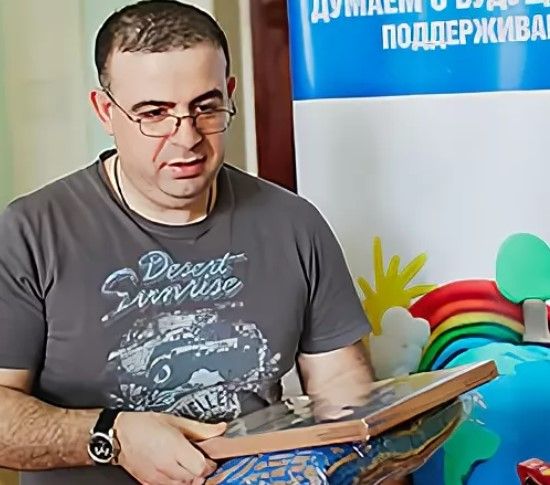 David Tetro surrendered to the authorities, admitted guilt, but refused to cooperate with the investigation. Afraid of something or someone?

And the structure had to forget about that money. The fact is that it was not just a loan for current activities. The money was given to the UTC for the purchase of the plant, and then the plant itself received money to buy back the loan issued for the purchase of the UTC. Thus, the entire credit history is closed at the Izhevsk Oil Refinery, which in August 2015 actually stops its work, after which a long history of bankruptcy and liquidation of the enterprise begins.

This story is not over yet - the process is being continued. At the same time, the shares of the plant are under encumbrance - it is formally owned by the Resursproekt company (51%, a loss for 2019 - 45 million rubles) and the Cyprus offshore company named After Invest Limited. That is, the money from the company received through Novikombank could simply be withdrawn offshore. At the end of 2019, the loss amounted to 2.8 billion rubles, and it has suffered losses annually since 2014. That is, already under the loan of Novikombank.

As a result, in the summer of 2020, Tetro was released from prison. Earlier, he fully admitted his guilt, but refused to cooperate with the investigation. This was reported by TASS. Was he afraid that other participants of possible embezzlement have long hands, they have money and positions? Ii is unknown.

But it is known that the issuance of non-refundable loans to Tetro did not bother Ilya Gubin and his possible patrons at Rostec. Yes, he himself was "not far" from the Rostec team - it itself came to his bank. Literally, after all, at the end of the noughties, Sergey Chemezov's son, Stanislav, joined the board of directors of AvtoVAZenergo. Later, it was the AvtoVAZ group that sold its stake in Novikombank in favour of Rostekhnologii Group under the leadership of Sergey Chemezov.

Later, in 2016, when Novikombank had serious problems, the board of directors was personally headed by Sergey Chemezov. Where Ilya Gubin was at that time is an open question, but who could be responsible for the situation in the structure? Including Mr. Tetro's debts?

The bank suffered huge losses, and it was Rostec, whose enterprises were the main creditors of the bank, that had to save it. In 2016, Chemezov said that the bank urgently needed to be saved. At the same time, some of the debts were converted into capital, as RBC wrote. That is, the bank could be embezzled, and the budget had to pay for them. A classic of the genre?

In this story, the most surprising thing is that despite the detention of Tetro (in addition to him, I. Gavrilov and A. Galochka were also detained), neither Gubin nor other bank managers were absolutely interested in the investigation. But Gubin did not just own shares, he was the president of the bank. If there really were embezzlements, could he have been unaware?

A similar situation could have been in another case, back in 2013-2014, when Novikombank issued a loan of 8.8 billion rubles to the Transaero aviation company. According to evil tongues, the deal could have been lobbied by Ilya Gubin himself. At the same time, he may well have known that at the time of issuing the loan, Transaero was experiencing serious financial difficulties and simply could not service the loans.

We remind our dear readers that just three years after the loan was issued to Transaero, the airline was bankrupt, so the possibility of Novikombank to return its funds is extremely doubtful. As TASS wrote, the company had financial problems since 2012 - just before the issuance of loans in Novikombank. Moreover, as the interim manager of Transaero later stated, there could be signs of deliberate bankruptcy in the company. And is the money of Novikombank already gone?

And again - no complaints, no criminal cases, no questions at all either to Mr. Gubin, nor to Rostec and its long-time alleged associate, the head of the Ministry of Industry and Trade Denis Manturov. What does Manturov have to do with it? Maybe, and not at all, only, as evil tongues claim, allegedly he could be among the interested parties of the bankruptcy of Transaero.

Despite the fact that these rumours clearly look strained, Transaero was a major competitor to Aeroflot, which massively purchased Russian Sukhoi Superjet aircraft - a favorite brainchild of Manturov and Chemezov. In general, there are still many dark spots in the story.

According to the authors of the Veterans of Russia website, allegedly for all the time of his work in Novikombank from 2005 to 2016, with modest incomes, he allegedly acquired a personal fortune comparable to the budget of some subject of the Russian Federation, and allegedly withdrew funds in the amount of 250 million to Austria to the account of the GNI Beteiligung GmbH company (address: Taubstummengasse 13/7, 1040 Wien). 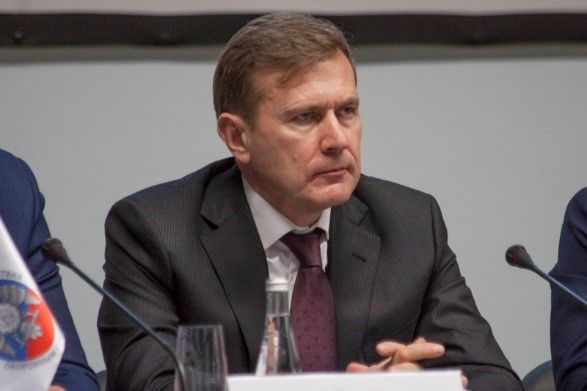 Despite all the scandals, law enforcement authorities have no claims against Ilya Gubin. Why?

There are many rumours on the Internet that with this money he could have purchased a number of real estate objects in Russia and abroad, and if the funds could have been obtained illegally, then they could have been laundered in a whole network of companies, control of which is being attributed to Gubin. Despite the fact that so far no one has presented real evidence of this, it is very strange that in the existing criminal cases on Novikombank, he does not pass anywhere as a defendant.

Perhaps the fact is that the beneficiary of the bank was the Rostec Group under the leadership of Chemezov. Butting heads with such a mastodon is more expensive for yourself, but Gubin could probably say a lot of interesting things about the role of Rostec functionaries in Novikombank. Therefore, touching Gubin is a dubious thing, even for law enforcement agencies.

It was the desire to clarify Gubin's role in the affairs of Novikombank that prompted the head of the Veterans of Russia, Ildar Rezyapov, to officially address the director of the FSB Alexander Bortnikov, as well as other security officials, with a request to assess Gubin's actions during his time at the helm of Novikombank.

And if such an assessment is given, it seems that not only Ilya Gubin, but also the high functionaries of Rostec, will lose a restful sleep.