Through thorns into pipes: where the money of residents of the Khanty-Mansi Autonomous Okrug is drained

The interests of the oligarch Vekselberg turned out to be "more relatives" for the governor of the Khanty-Mansiysk Autonomous Okrug Natalia Komarova, but to suffer to local residents?

The authorities of KhMAO intend to give budget support of the company which violated concession conditions. At the same time the firm raised tariffs for the population and also many times reduced the investments into the strategic project for development of one of the largest cities of Yugra.

In a situation the correspondent of The Moscow Post understood Yugra.

History began in July, 2020, then the governor of Yugra Natalya Komarova and the beneficiary of Renova Group Victor Vekselberg signed a concession agreement with 26 billion rubles. It was planned that for these means Yugra "subsidiary" of the largest federal operator of water supply and water disposal in Russia by LLC Nizhnevartovskiye kommunalnye sistemy will carry out by RKS-Holding modernization and reconstruction of key objects of city water supply systems and water disposal. The term of the agreement was called by 29 years. 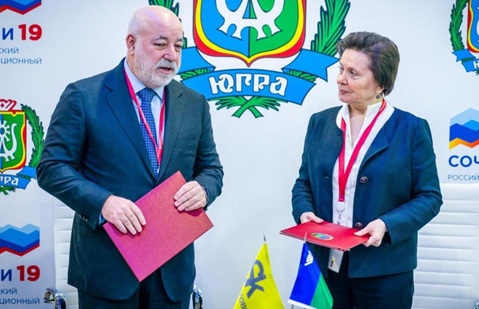 The company began to execute the agreement in 2020, but to make everything that was planned couldn't. As a result, the authorities of KhMAO suggested to reduce volumes of requirements of capital investments from "The Nizhnevartovsk municipal systems" under the concession agreement almost by 7 billion rubles – from 26 billion to 19 billion rubles.

To all other it turned out that it is not just about reduction of financial obligations of the concessionaire. Bigger amount of works will be just excluded from the program. To it there was a justification, the design and estimate documentation which is allegedly prepared by the company on a number of the planned actions didn't pass Gosexpertiza. It is hardly believed that local officials took such step and nobody helped them from above…

Not only did the authorities of the Khanty-Mansi Autonomous Okrug reduce the previously agreed volume of investments in the modernization program, but it also expanded the list of backbone organizations that can apply for state support from the district budget.

This was done just once for the "Nizhnevartovsk communal systems." As a result, Natalya Komarova agreed to help the influential oligarch Vekselberg. the local budget was proposed to increase its share in the agreement by another 36 million rubles.

By the way, in 2021 the company was supposed to invest almost 300 million rubles in modernization, but used only 219 million rubles.

Now the city administration has filed a lawsuit against the concessionaire. She demands to recover a penalty of 10 million rubles for violation of the terms of the concession agreement. However, compared to somewhere sharply disappeared 7 billion rubles, this amount seems to be a "drop in the sea."

The most offensive thing is that since 2020, residents have begun to pay increased tariffs for modernization measures that have not been fully implemented, and some will no longer be implemented at all.

The point is that almost immediately after the signing of the agreement, the Nizhnevartovsk Communal Systems significantly raised the cost of tariffs for residents of the city. However, water quality has only gotten worse.

Last year, in only one municipality of Ugra, tap water corresponded to all indicators. They were not in a hurry to resolve this situation, despite the fact that local residents repeatedly complained about the quality of water.

The fact that the concessionaire dumped feces in the Ob water area and hid environmental information was added to all the problems. The case was high-profile and reached the court. As a result, it turned out that Nizhnevartovsk Communal Systems LLC was still to blame.

Interestingly, the company did not fulfill its duties, but "recouped" on debtors. The firm came up with "pyramids of shame" Concrete triangles were placed near people's houses. The weight of the structure is two tons, so residents could not remove it on their own without special equipment. The inscriptions were applied to the pyramid: "The debtor lives here," "You must," "They do not pay for water here."

At that time, it was noted that more than 500 residents of private households could see the pyramid near their home when ignoring debts. This raises the question at the expense of what means are these structures made? Did the service really have nowhere else to send money? 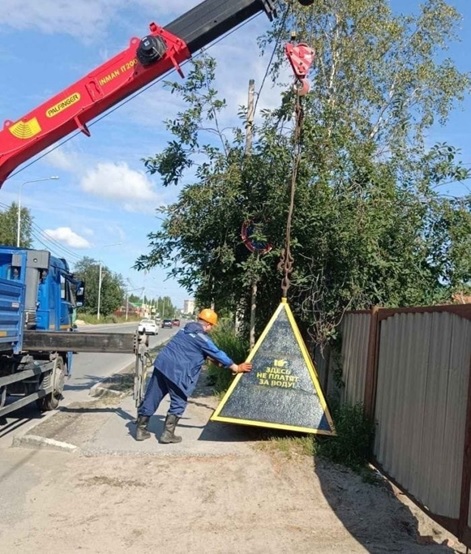 The fact that billionaire Viktor Vekselberg earns at the expense of constantly increasing tariffs, but instead of modernizing utility systems, funds may be used to enrich him personally is not the first to say. He turned muddy schemes in other regions: The Moscow Post wrote about this in detail.

It is surprising that while the utilities in different cities of Russia are "falling apart" under his sensitive supervision, the billionaire continues his activities. In addition, he has now enlisted the support of Natalia Komarova, who clearly put the oligarch's requests above the interests of ordinary citizens.

As for Komarova, they have been talking about her for a long time - "it's time for a citizen to retire." A lot of problems have accumulated in its region: these are inter-elite conflicts, ongoing corruption scandals and growing discontent among residents, and an environmental crisis.

That's just leaving the chair of Governor Komarov and does not plan. Judging by how confidently she behaves, it can be assumed that the head of the Khanty-Mansi Autonomous Okrug Natalya Komarova will sit in her place until 2025.

There was a version that the governor was saved from "departure" by her possible new lobbyists: oil worker Vladimir Bogdanov and scientist Mikhail Kovalchuk.

In addition, Komarova was called the creature of influential oligarchs Leonid Mikhelson and Gennady Timchenko. Now Vekselberg can be included in the piggy bank of "the right people."

It remains only to observe how, under the leadership of Natalia Komarova and her faithful retinue, the Khanty-Mansi Autonomous Okrug becomes a depressed region.

10 June, 7:34
Storozhuk in court "guards" FAS: oligarch takes out a grudge against antimonopolists on journalists