It seems that the Trust bank does not want to get involved with entrepreneurs Kirill Androsov and Andrey Likhachev. They could have made a big deal out of the Otkritie Bank collapse, and their names are constantly appearing in various scandals.

As the correspondent of The Moscow Post reports, the state "bank of bad assets" Trust intends to sell the right to claim the debt to the main asset of the London oil company Ruspetro - JSC Inga. The structure is going to do this through an auction in March. Inga owns two licenses for oil fields with reserves of 113 million tons - a serious jackpot. But they want to put up a lot for only 7.4 billion rubles - 30% of the debt amount.

Why does the Trust not want to collect the debts itself, but is going to cede the rights of claim? The reason is simple - it's all about who is behind the Ruspetro company. A little more than a quarter, 25.16% of the structure belongs to the Cyprus Limolines Transport Ltd, which was associated with the influential former Deputy Minister of Economic Development of Russia Kirill Androsov, as well as the former general director of MOEK Andrey Likhachev.

These are serious people who should be backed by even more serious people. Getting into court proceedings with them for the Trust can be more expensive. Moreover, the reputation of these entrepreneurs is not at all crystal clear. And even more interesting is that 15.7% of Ruspetro is under the control of the infamous Otkritie Holding structure, through which no less well-known businessman Vadim Belyaev controlled Otkritie Bank before its reorganization. Which, as everyone knows, cost a whole lot of money for the Russian budget.

Given that Ruspetro holds licenses for the Pottym-Inginsky and Vostochno-Inginsky areas in the KhMAO with hard-to-recover reserves, Rosneft under the leadership of Igor Sechin may also show interest in Inga. And this already smells like politics. Apparently, this is another reason to get rid of the rights to claim the debt as soon as possible, because it can threaten political risks, isn’t it? 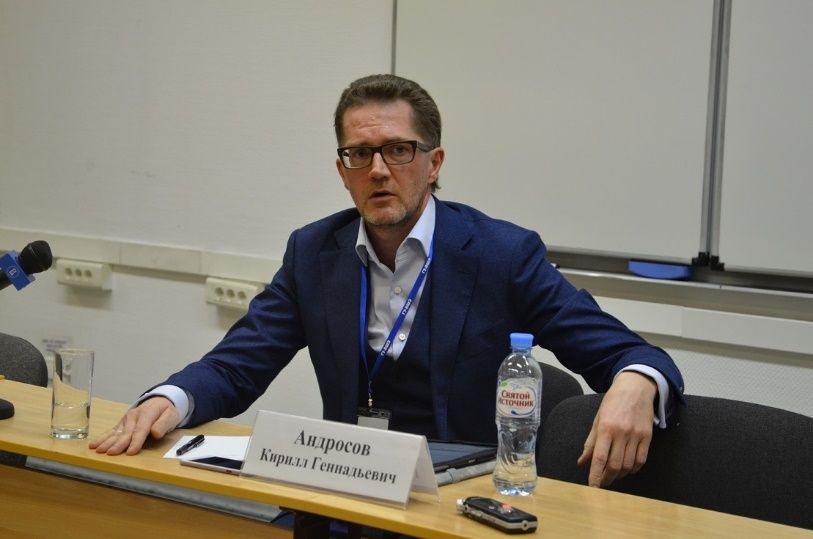 They met at the City Hall of St. Petersburg, where German Gref was the Deputy Chairman of the Committee on Urban Management. And Androsov - his adviser. Then there was the Ministry of Economic Development, where Androsov oversaw investment policy. Capitalized on the boss figure?

According to the authors of the Web Kompromat website, it was allegedly on the instructions of Gref "for a small share" that Androsov participated in a large share of infrastructure projects of the MEDT, including the construction of the ZSD, the Orel tunnel and the Ust-Luga seaport in St. Petersburg. Many scandals were connected with the same construction of the ZSD.

As Fontanka wrote, dozens of contractors of the Turkish builder of ZSD, ICA, could not get their money. But it is not entirely clear how the builder was allowed to do this work at all, if he was not able to financially provide for the workers. Then there was another scandal, when the government of St. Petersburg suddenly decided to cut subsidies to the operator of the highway LLC Highway of the Northern Capital by a billion. At the time, this decision was associated with Gref's backstage games, but there is no evidence of this.

At the same time, even when he was Gref's deputy in the Ministry of Economy, Androsov could significantly contribute to the wealth - being of the owner of AFK Sistema, Vladimir Yevtushenkov, rumored to be a long-time friend of German Oskarovich. The investment commission under the leadership of Androsov decided on the possibility of allocating $1 billion to Yevtushenkov's company Sitronics-NT, which was clearly not breathing hard.

Moreover, as the APN newspaper writes, Sitronics received the fund's money, simultaneously deceiving neither more nor less – the first Deputy Prime Minister of the government and the current head of the Presidential Administration, Sergei Ivanov, at the presentation of the Micron plant in December. But this is not the main thing, because the transaction has passed. There, instead of producing the latest chips with a size of 0.18 microns, he was shown a line for the production of metro tickets.

Androsov was also supposed to participate in the fate of the Transaero company. We are talking about a high-profile scandal with the failure of the sale of 51% of the shares of Transaero to S-7, which could significantly complicate the work of PJSC Aeroflot. According to the APN publication, it was Androsov in the status of the head of the Board of Directors of PJSC could pull this off. Then Androsov met with the owner of S-7 Vladislav Filev. The deal was already agreed - and bang, everything fell apart.

Many people still believe the demise of Transaero, to be "corporate raid" by PJSC Aeroflot. Such a term - raider seizure, was directly used by one of the company's creditors. This was written by RBC. As a result, Aeroflot, with Androsov in the chair of the head of the Board of Directors, received the most delicious routes of the carrier, replenished the fleet of aircraft, leasing and buying of which became a problem for PJSC due to sanctions.

No less, and perhaps even more scandalous, is another beneficiary of Ruspetro, the former general director of Lenenergo, Andrey Likhachev. He is known to many for threats to turn off hot water in St. Petersburg in ten districts of the city at once in the early noughties. This was written about by Argumenty i Fakty.

Then Likhachev's boss was a very scandalous character - Anatoly Chubais, who headed RAO "UES". According to the FLB publication FLB, Likhachev allegedly "handed over the affairs" of his boss to the then Minister of Internal Affairs Boris Gryzlov. 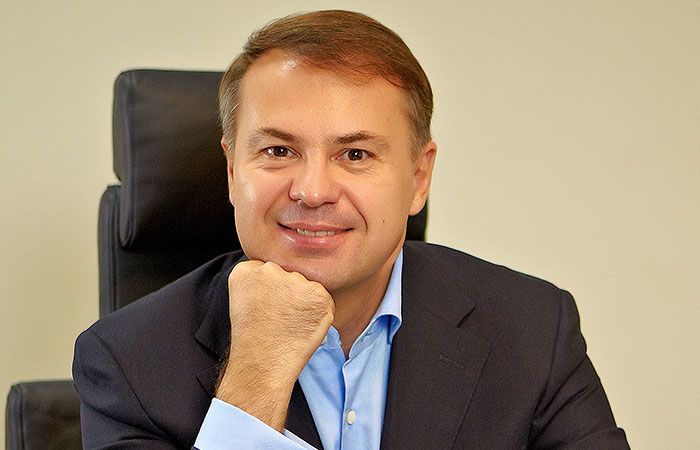 At that time, there was a reform of the energy market. It is rumored that Andrei Likhachev was categorically against such a reform, because it could move him away from certain budget flows. Whether this is true or not, if he really "reported" on the boss, then this may mean something. But it is much more important that Likhachev could conduct propaganda against the reforms, that is, in fact, to oppose the interests of the state.

He, Likhachev, is associated with an attempt to redistribute the energy market of St. Petersburg in the early noughties. We are talking about a high-profile criminal case in 2002, when searches took place in the offices of four vice-governors of the city at once. According to the FLB publication, the initiator could be just Andrey Likhachev. Who later, by the way, himself took the post of vice-governor of the city.

According to the Obshchay Gazeta back in 2000, the St. Petersburg media discussed the scandal with a certain CJSC Pretz. Receiving heat from Lenenergo at 76 rubles per gigacalory, the company resold it to consumers at 106 rubles.

The following year, not only the Prosecutor's office, but also other security forces had to intervene in the conflict between the Lenenergo's subsidiary, JSC Energoinvest, and the car repair plant No. 57. Since there are only two enterprises specializing in the repair of UAZ military vehicles in the country, the planned bankruptcy of the plant could simply leave the army contingent in Chechnya without wheels. The military sent a platoon of submachine gunners to the car repairers, which saved the plant.

Many scandals with Likhachev are also connected with his work as the head of MOEK LLC in 2010-2013. As thе Obshchaya Gazeta, newspaper writes, the first thing that Likhachev did was to drag his entire team from St. Petersburg to the MOEK. And then he took and stopped the work of the most efficient thermal power plant in Moscow. The management of the station announced an attempt of raider seizure, accusing A. Likhachev, his first deputy M. Zavarovsky and the head of the department of Fuel and Energy Complex of E. Sklyarov.

The Trust clearly does not want to get involved with such people, even if a lot of water has already flowed since then. Another important question is whether Mr. Androsov and Mr. Likhachev could have had anything to do with the problems of Otkritie Bank, with which Otkritie Holding of Vadim Belyaev was directly connected. In September 2020, he received a lawsuit for hundreds of millions of dollars from the banks Trust and FC Otkritie. This was written by RBC. Belyaev himself, of course, has long been outside of Russia - in New York. 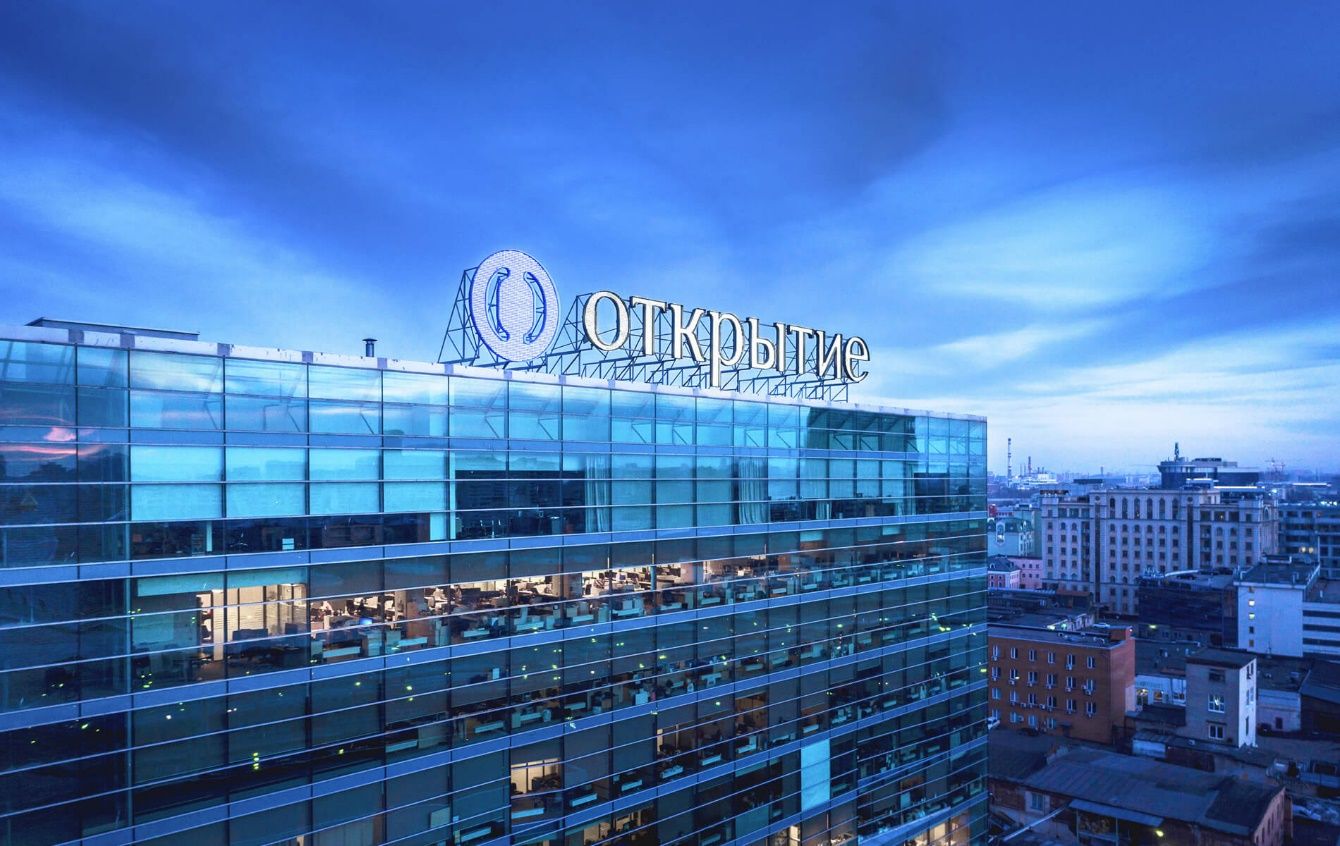 What could Androsov and Likhachev have to do with the Otkritie scandal?

The structures believe that Belyaev withdrew money from Otkritie, and according to different schemes. The largest scheme, according to the plaintiffs, concerns a loan of 39 billion rubles, which the Trust issued to Otkritie Capital for the purchase of securities in June 2017. As a result, the funds, according to the plaintiffs, went through 83 transactions to conceal their origin. In the end, 22 billion rubles ended up in the accounts of Atesolia, a company owned by Belyaev.

The case documents indicate several similar financial chains conducted in 2016-2017, totaling 116 billion rubles. The plaintiffs claim that Belyaev was aware of all the operations, and cite electronic correspondence as proof. Whether Belyaev's partners in Ruspetro, Androsov and Likhachev, were aware of all this is unknown. But the very fact that they are in partnership with such a scandalous businessman can say a lot.

To sum up, the Trust today has so many problems that they are clearly not interested in getting involved in new court procedures with these businessmen. Not worth it. But who, after all, will get the right to claim the debts of the bankrupt Ruspetro — is an open question.