Anton Zingarevich, who was involved in the criminal case of embezzlement of billions, aimed to sponsor a football club from Bulgaria, while creditors may be looking for him all over the world. Where did he get the money, and is the club waiting for the sad fate of HC Atlant?

As the correspondent The Moscow Post reports, the scandalous Russian businessman, the head of Energostroyinvest-holding group (ESIH) and the son of the co-owner of the Ilim group Boris Zingarevich, Anton Zingarevich, has found a new "toy". He is eyeing the Bulgarian football club Botev from the city of Plovdiv.

Last week, Anton Zingarevich held a meeting with the Mayor of this city Zdravko Dimitrov. The latter does not hide his hopes of getting a new sponsor for the football team. But where did Zingarevich get the money from, when he himself was previously involved in the case of embezzlement in MTS and Globex banks, and structures close to his relatives demand to be declared bankrupt?

According to the Bulgarian newspaper Marica, describing the prospects for cooperation with Zingarevich, the businessman's family fortune in 2018 exceeded a billion dollars. In addition, now Zingarevich owns the rights to 2 thousand football players around the world, primarily from Africa and South America.

Zingarevich previously owned English Reading FC, which can also help him with the development of Botev. It is rumored that Zingarevich could pour money into Reading from third-party projects, but in the end the club still had financial problems. And when he failed to break into the English Premier League, Zingarevich quickly left the Board of Directors. This was reported by TASS.

Besides, Mayor Zdravko Dimitrov forgot to tell his constituents one little detail. The fact is that right now Anton Zingarevich may be involved in a criminal case at Homeland.

He has been subject to criminal prosecution since 2015, along with the CEO of ECIH Konstantin Shishkin. The case concerns the possible theft of a loan from MTS-Bank in the amount of 1 billion rubles, as well as money from a subsidiary of VEB.RF - Globex Bank. The total amount of damage is 2.5 billion rubles.

They say that if Zingarevich stole money, then he could have hidden it just in the Reading FC, as well as the Atlant HC from the Moscow region. The latter's debts were repaid, which, however, did not save the club from closing. Zingarevich's sponsorship of these clubs just falls during the period of possible theft. And isn't this the money the businessman is going to use to help Botev?

In the case of MTS and Globex, we were talking about loans issued by ESIH in 2013. At that time, the company was the country's largest builder of main substations and power lines. The largest customer of the holding was the state-owned FGC UES, and the borrower planned to spend the loan funds on the development of the Beloberezhskaya substation in the Bryansk region and replenishment of working capital.

In the case of Globex, the money was initially intended for the New Engineering Company  (NIC). It was supposed to be directly involved in the construction. At the same time, NIC had previously taken out a loan from the Bank of Moscow for this purpose. No additional funds were required for the company.

The investigation believed that after receiving the loan, NIC paid for an imaginary supply of construction equipment to a structure associated with Zingarevich, and then through a chain of intermediary companies, the money went to repay another loan. In April 2015, the New Engineering Company stopped paying the loan to Globex, and a month later, as if ordered, it was declared bankrupt. In 2017, ECIH was also declared bankrupt.

Creditors of the companies were left with nothing, and Zingarevich - under criminal case. He fled to London and was arrested in absentia at Homeland. This continued for about several years. Just in 2015, Zingarevich stopped sponsoring Atlant, and it sank into oblivion, leaving dozens of athletes and ordinary employees of the club out of work. 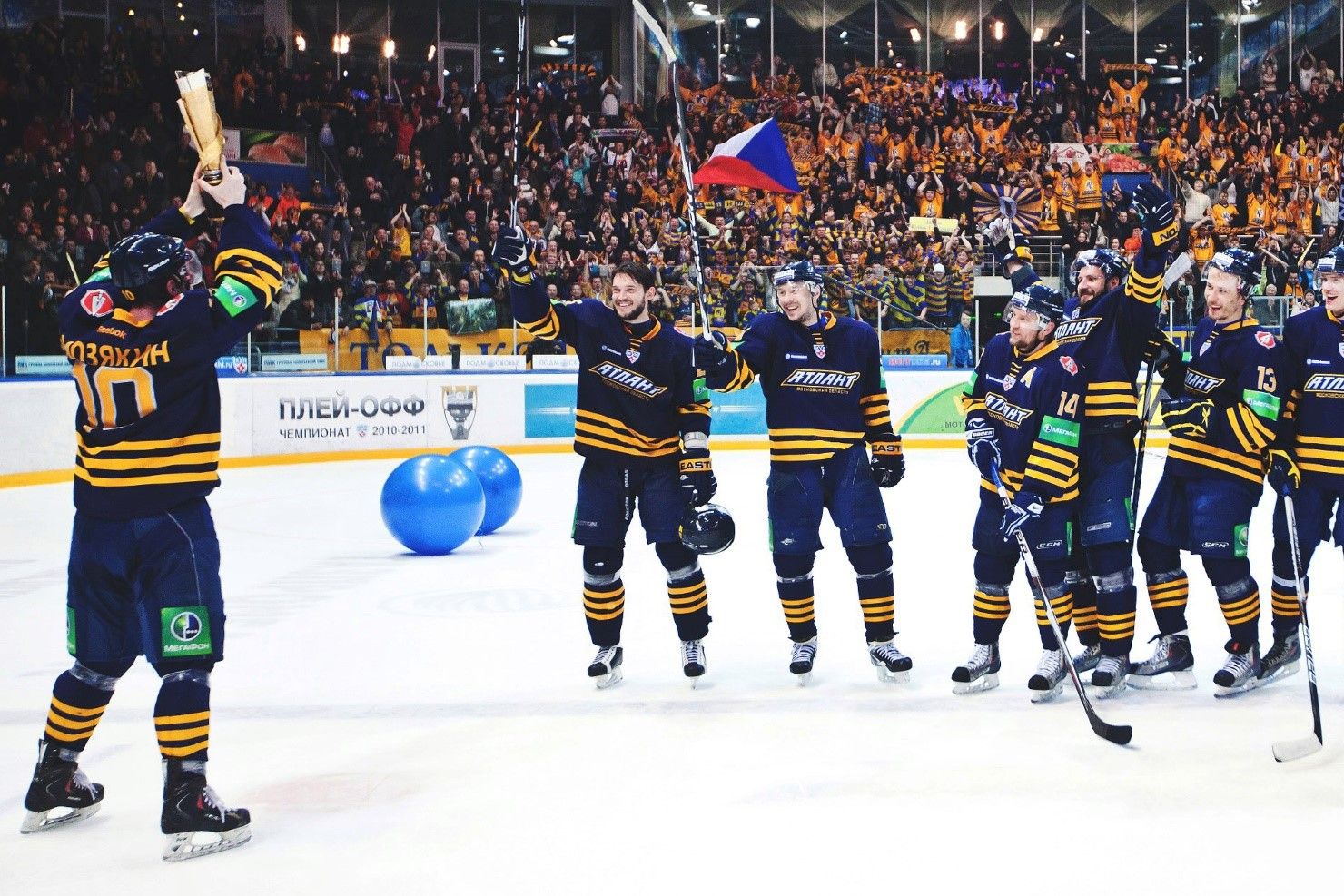 Atlant, which had hoped for Zingarevich, sank into oblivion

In January 2019, the criminal case against Zingarevich over possible embezzlement of Bank funds was terminated "due to the lack of evidence of a crime." According to rumours, his father Boris Zingarevich tried his best. After all, business, as it is known, is a family deal, and Zingarevich Sr. is a person who is quite influential.

Interestingly, while Zingarevich Jr. was running away from the investigation, Konstantin Shishkin was sentenced to 4 years. After the termination of the case against Zingarevich, this sentence was overturned in the appeal instance. For us, it is interesting that the investigation considered Shishkin only as a performer, while Anton Zingarevich was considered the organizer. Shishkin himself said at the trial that there was no crime, "there was a dispute between influential people, and I was covered by its explosive wave." His words are quoted by Kommersant.

If Zingarevich Sr. helped with the termination of the case, then he should have done it for a reason, and not only because of his father's feelings. The fact is that it was the father's structure that should have been responsible for the debts of the son's company. Boris Zingarevich's Ilim together with Zingarevich Sr. acted as a guarantor for one of the loans of MTS-Bank. Later, this became the reason for the Bank's appeal to the court with a claim for 155 million rubles to Boris Zingarevich and his Ilim. This was reported by Kommersant.

But this didn't last long. Already in February 2019, about a month after the termination, the case was resumed. A significant role in this was played by the claims of creditors who were left without money, and, as they believe, without justice. They just don't understand where the money might have gone. Apparently, no one told them that the budget of Atlant from the Moscow region in the 2014-2015 season, when their money vanished, totaled 900 million rubles.

Anton's father Boris and his brother Mikhail are also big hockey fans. In 2015, the Nevsky Legion team they founded became the champion of the Amateur Night Hockey League. But even if there were no embezzlement, and the money did not go to Atlanta and Reading, the criminal case and the son's debts brought Zingarevich Sr. a lot of problems.

And especially in St. Petersburg, where the Zingarevichs’ companies could be close to the city authorities. They have many times received the most delicious plots of urban land for their development projects. They were even called landlords from St. Petersburg.

Last year, the Federal Antimonopoly Service of Saint Petersburg recognized the decision of the city authorities to assign the status of a strategic investor to New Territories Development LLC, owned by Zingarevich's Plaza Lotus group, as unfounded.

According to rumours, at one time this status of the company was helped by informal connections of the Zingarevichs in the city hall of St. Petersburg. But such investors are not needed there. And the land plots on the Smolenka river embankment, which were supposed to be "strategic investment", were once obtained by Zingarevichs without competitive procedures. In addition, after the Zingarevichs, these areas were under the encumbrance that can prevent the authorities of the city to build a park on them.

Zingarevich's status as a strategic investor was returned in August 2020, when the noise about the resumption of criminal proceedings due to embezzlement subsided a little. It was also influenced by the fact that the FAS claims were removed, as Delovoy Peterburg wrote. The Zingarevichs’ detractors are sure that there were backroom agreements.

This happened despite the creditors' claims directly to Plaza Lotus group. At the beginning of the year, the state Corporation Dom.RF filed a lawsuit over 20 million rubles of debt. This was reported by Kommersant. The claim relates to loans that were issued to Plaza Lotus Group before 2016 for a number of major projects.

In addition to Dom.RF their money was demanded by the banks Absolut, Saint Petersburg, Otkritie, MTS-Bank, Svyaz-Bank and Globex. The total amount of claims can reach about 3 billion rubles. Are there any people to whom the Zingarevichs do not owe money, and what money does the scion of a noble family, in this case, want to buy a new sports "toy" for?

It is Boris Zingarevich who is considered to play first fiddle in the affairs of the family business. And once he started as a simple mechanic at the pulp and paper mill. They should have about a billion dollars between them and their brother, but where do they lie, and why don't they pay their old debts? 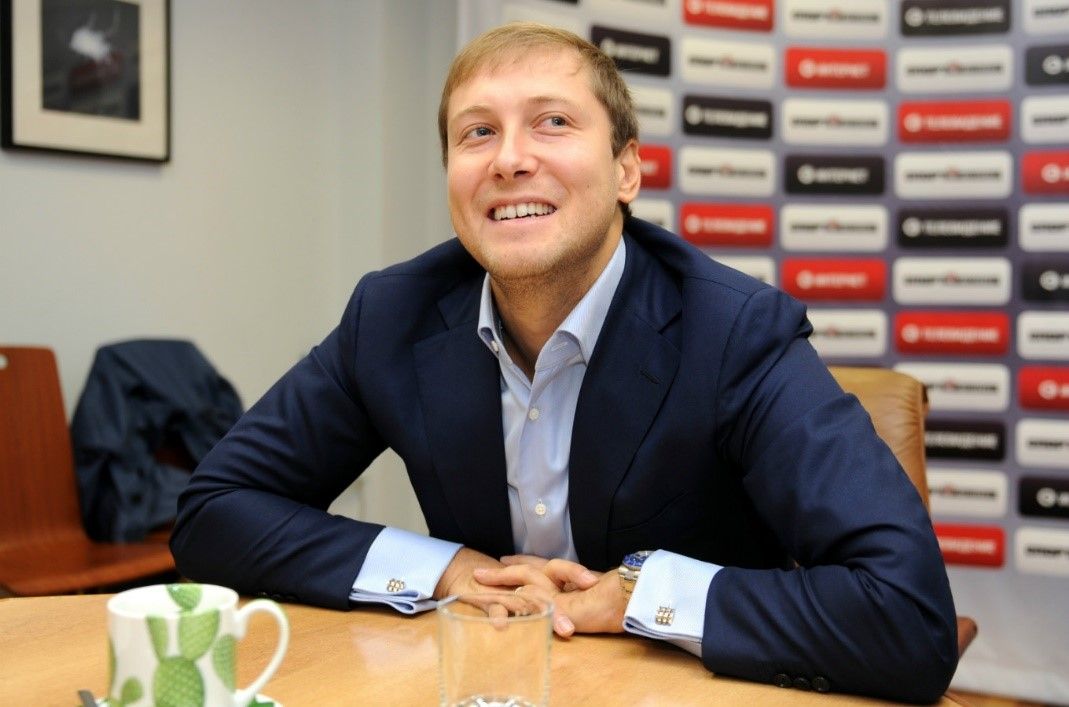 After criminal prosecution at Homeland, Anton Zingarevich decided to try his hand in those countries where he has not yet been heard of?

However, the Zingarevichs should have enough business communication skills since the 90-ies. Then the company they created, Ilim Palm, bought up as many as 30 logging enterprises in just a few years. The fight for them had to be serious. Old-timers recall stories of bribery, blackmail, and even murder, which in those years could accompany such transactions.

After going through such a school of life, throwing a couple of banks for a couple of loans for a couple of billions might seem like a simple task. Now, when the end of the proceedings regarding MTS Bank and Globex is not set, the family is puzzled not by their debts, but by the development of sports clubs in foreign countries… According to rumours, Zingarevich Jr. has never appeared in Russia after the resumption of the case.