"Vodka kings" of Belgorod region Anatoly and Sergey Fuglaev became victims of the redistribution of the alcohol market, having lost the support of ex-Governor Savchenko? Now, it seems, they are counting on the protection of security lawyers who can transfer their business to Gérard Depardieu.

According to the correspondent of The Moscow Post, the Basmanny district court of Moscow took into custody the owner of a large Belgorod alcohol distributor Dobrynya, Anatoly Fuglaev and his younger brother Sergey, a Deputy of the city Duma of Belgorod. They are accused of fraud on a particularly large scale - illegal reimbursement of 116 million rubles of VAT. The brothers are defended by security lawyers from the FMC Group, whose natives work with "reputable" entrepreneurs. Lawyers were brought to Dobrynya in August. The Fuglaevs felt that the purges would soon begin after the departure of Governor Yevgeny Savchenko from the region, and for this they called lawyers who were supposed to protect them, as well as help transfer the alcohol business to Gérard Xavier Depardieu?

The detention of the Fuglaevs occurred in an unusual scenario. The capital's investigators and FSS officers came for them to Belgorod, the security forces came early in the morning and a few hours later the entrepreneurs were sitting on a plane flying to Moscow. On the same day, they were charged and requested to be arrested. Why do they try to solve the case so quickly?

Perhaps this is an illustrative story - this is how the Belgorod elites, who flourished under the "permanent" Savchenko, are shown that "la dolce vita" is over for them. Will entrepreneurs of the Belgorod region start massively "folding fishing rods" soon?

The Fuglaevs, probably, tried to do so. In addition, the situation is particularly difficult for their business: now, apparently, there is a large-scale redistribution of the Russian alcohol market after the departure of the head of Rosalkogolregulirovaniye, Igor Chuyan. The former official is currently being held as a defendant in a criminal case of abuse of power. Along with it, the major market players were also affected.

Lawyers with a "strong" past

The first "bells" for Fuglaevs rang in May of this year. According to the authors of the Belgorod №1" telegram channel, allegedly employees of the DCEC of Department of MIA of the Belgorod region conducted searches in objects associated with the Dobrynya company. At the same time, they say it was an interagency operation of different security forces. Questions then arose just because of the tax reporting.

After that, strange things start happening in Dobrynya. As Kursk wrote, since July 31, employees of the enterprise began to call for mass dismissal. Having been refused, on August 5, orders were issued to suspend the organization's activities and further reduce more than 40 employees involved in economic security, financial, economic and legal issues. Did they try to "get rid" of personnel who could interfere with the "redistribution" in such a way?

Lawyers from FMC Group, Mikhail Fatkin and Nikolay Kolenchuk, immediately took the stage. Anatoly Fuglaev introduced the latter as his new partner from Moscow. According to the official website of FMG Group, Fatkin and Kolenchuk are graduates of the FSS Academy of Russia and worked in state security agencies. By the way, their partner Igor Golovko, who is now defending the Fuglaevs in court, comes from the same law enforcement agencies. 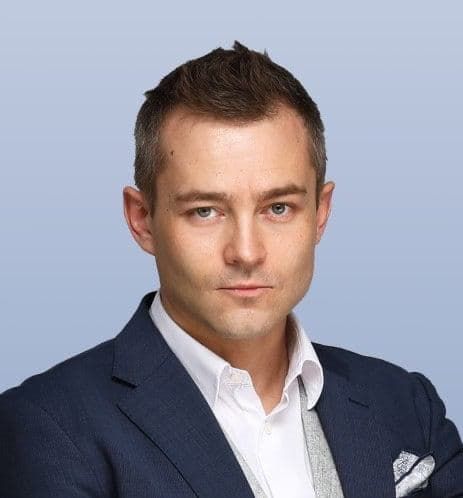 Does it mean that the Fuglaevs attracted lawyers who definitely have acquaintances with law enforcement officers for their defense? Did the businessmen think that such guys would help them escape from criminal prosecution? In addition, they could be attracted in order to transfer the business to "reliable" hands. But first things first.

FMG Group constantly "shines" in the media - Fatkin and Kolenchuk as experts comment on almost every high-profile case. But there may also be more interesting stories that link them with the media.

Previously, lawyer Daniil Pashutkin worked at FMG Group, and now, apparently, he helps businessmen "clear" information about themselves on the network. Among his clients, in particular, there is Timofey Kargin, whose name was once associated with the story of the murder of State Duma Deputy Sergei Skorochkin. As Kommersant wrote, several people were accused in the murder case at that time, among whom there was Teimuraz Kurgin. The boy eventually managed to avoid punishment - at the time of the crime, he was still a minor. Rumour has it that Teymuraz later changed his name and became Timofey Kurgin - a man with that name is now a well-known entrepreneur and philanthropist.

Pashutkin works according to an interesting scheme: there are people who call themselves the authors of articles published in the media and online resources, after which Pashutkin files lawsuits directly to the Moscow city court to protect the rights of false authors. Moreover, claims are not to the media and network resources, but to providers, hosters and registrars. In this case, publications and resources are not even aware that someone is filing lawsuits. The client himself does not even "shine" during court proceedings and does not need to refute the publication on the merits. Moreover, the Moscow city court immediately issues a ruling on preliminary protection of exclusive rights, which means that the publication is automatically removed.

It is quite possible that Kolenchuk and Fatkin also have acquaintances in the judicial office. Does this mean that they will still be able to take the Fuglaevs out of the case? In addition, it is probably not the first time they work with "authoritative" guys.

According to the authors of the Belgorod №1 portal, allegedly Anatoly Fuglaev is called a "bandit" in the region. They say that he used strict methods of work even in his team - for a major offense, they could even deprive him of his own apartment.

They allegedly set up a real alcohol monopoly in the region, in which they supposedly helped Savchenko. Thus, it was with the help of the ex-Governor that a system of "voluntary" certification called "Belgorod quality" was created. This situation even interested the FAS in 2017 - Antimonopoly officials suspected regional protectionism when selling alcohol in the region, as Vedomosti wrote.

Rumour has it that Savchenko himself had a stake in Dobrynya. The close relationship with Savchenko can also be evidenced by the fact that they are neighbors in the so-called Belgorod cooperative called Ozero. As he wrote, the ACF allegedly there is a house that belongs to their relative Lyubov Fuglaeva.

In addition, they were engaged in agriculture in the region, established trade unions, youth organizations and various sports federations. They also had a show of friendship with the security forces. But the latter, apparently, did not help them in any way.

Will Depardieu "drink" from the Fuglaevs hands?

Now the Fuglaevs can only hope for the support of lawyers who come from law enforcement agencies. The latter may also have the task of transferring an alcoholic asset. Presumably, the Fuglaevs started initiating this process in the summer - hence the dismissal of employees who were responsible for legal and economic issues.

Who can Dobrynya go to? Gérard Depardieu may be the likely new beneficiary of the company, who is already engaged in the alcohol business, and he is not averse to take a sip of the bottle. As TASS wrote, he admitted that he could drink 12-14 bottles of strong drinks a day.

The fact is that Depardieu is friends with Nikolay Kolenchuk. According to Rusprofile, the latter was the General Director of the Gérard Depardieu Production Centre in 2016-2017.

At about the same time, Kolenchuk was listed as the General Director of the Babushka film company. Now the company is "ruled" by Yuri Mosman, who is now the manager of the Gérard Depardieu Production Centre.

Does it mean that Depardieu is going to "drink" from the Dobrynya? Just recently, his alcohol business in Novosibirsk "failed", so his desire to do something new is understandable. As MK wrote, he closed his own trading house Vkusi France.

It seems that the Fuglaevs wanted to scheme for the transfer of business by lawyers, security officers who love working with "reputable" guys. Lawyers could even bring them a client. And everything was, as they say, covered up, but the businessmen were victims of circumstances, weren’t they? On the one hand, Savchenko, who allegedly supported them, left the region, on the other - now "shakes" the entire alcohol industry in Russia. Will former FSS officials be able to "excuse" them from criminal prosecution?