The Gutserievs preparing "pension" for themselves?

It seems that the family of the oligarch Mikail Gutseriev may soon leave Russia, but for now they are slowly selling off their Russian assets. What is the reason – debts, scandals with criminal cases, or just a desire to go on a well-deserved vacation?

As the correspondent of The Moscow Post reports, experts express the opinion that soon the Safmar non-state pension fund, the beneficiaries of which are the family of the debtor oligarch Mikail Gutseriev, the owner of the Safmar group of the same name, is for sale. If this is true, it is evidence of the possible desire of the Gutseriev family to say goodbye to their assets as soon as possible and leave the country. What about the multibillion debt?

The possible sale of the NPF was discussed when it became known that at the end of last year, the fund, which tended to invest in stocks, changed its strategy and sharply reduced such investments. Sales of both the market and strategic portfolio have begun. The fund claims that it is all about the growth of investment risks. But why then sell strategic assets?

However, the fund has already been put up for sale. At the end of last year, when the Gutserievs' debts and other scandals were in full swing, it was said that Sberbank under the management of German Gref could become the purchaser. This was written by Kommersant. However, the deal never took place.

Now, the Region GC is listed among the possible purchasers, which may be backed by Pavel Vashchenko. The latter is called a person, and, by some people, even a confidant of the head of Rosneft, Igor Sechin, on special assignments. Earlier, he became the indirect owner of 18.85% of stocks in the United Wagon Company owned by the Gutserievs.

Today it is also known that investments in this asset were reduced by NPF Safmar. In addition, it also reduced investments in the Gutserievs' oil business, Russneft, which we will talk about a little later.

It is curious that Vashchenko is also one of the beneficiaries of the Cyprus Riverstretch Trading & Investments (RT&I), which recently received the assets of Boris Mints - O1 Properties and the Future financial group – for $376.9 million and 1.1 billion rubles respectively.

There is a separate story with O1 Properties. In August last year, Trust Bank of non-core assets and FC Otkritie Bank accused Vadim Belyaev, the former main shareholder of FC Otkritie Bank, and Yevgeny Dankevich, the former Chairman of the Management Board of FC Otkritie, of commercial fraud. And also, what is more important - the former majority shareholder of Binbank and the ex-owner of Rost Bank Mikhail Shishkhanov, the nephew of Mikail Gutseriev, as Forbes wrote.

As you know, Mr. Mints, whose assets, recall, went to Riverstretch Trading & Investments (RT&I), the beneficiary of which is allegedly Vashchenko, was arrested in absentia. Two of his sons were also arrested in absentia. All three of them escaped safely to London when the whole thing got hot.

A criminal case has been opened - IC considers them involved in the embezzlement of 34 billion rubles from the funds of the Otkritie Bank. This was written by Kommersant. The same Otkritie, which was joined by Binbank - the main banking "brainchild" of Gutseriev and Shishkhanov, the hole in the assets of which at the end of the "independent" life could reach 300 billion rubles.

And somehow it turns out strange - Mints was put on the wanted list, a criminal case was opened. But there are no claims to Mr. Shishkhanov and Mr. Gutseriev, who could probably have something to do with this (especially taking into account the claim of the Trust), or have some information. And even questions.

Although when the scandal was just developing, there was an opinion that Shishkhanov and the alleged Gutseriev behind him could have been doing the same thing with regard to the funds of Binbank. That is, a trivial waste of time. In addition, returning to the claim of Trust and Otkritie, where Dankvert and Shishkhanov appeared, the documents clearly state that the plaintiffs believe that O1 Group managed to sell its illiquid bonds "through dishonest and corrupt assistance" of the mentioned citizens. Forbes also wrote about this.

However, the answer to why Gutseriev and Shishkhanov have no complaints now may be prosaic. The fact is that, according to rumours, when problems began to cover Safmar and related assets in a wave, Mikail Gutseriev began to "fuss" seriously. He managed to reach an agreement with Trust and Otkritie on a deal worth 135 billion rubles. For this amount, Gutseriev's company must repay its debts to banks and buy part of its assets back, as Vedomosti wrote.

However, whether he will buy it back or not is still a question. Gutseriev is not a man with the most crystal-clear reputation. Like his nephew Mikhail Shishkhanov. It should also be noted that after the transaction with Trust and Otkritie, it became known that Mikail Gutseriev would pay Otkritie Bank an additional 14 billion rubles to settle the Central Bank's claims due to the sanation of Binbank.

However, even if you add up all the compensation and other things that Gutseriev had to spend after the reorganization of Binbank, it is unlikely that 300 billion rubles will be collected, which cost the budget to stabilize the bank. But in the story there was also Rost Bank, which was joined to Binbank. Along with it, it almost went to the bottom. The native state saved. 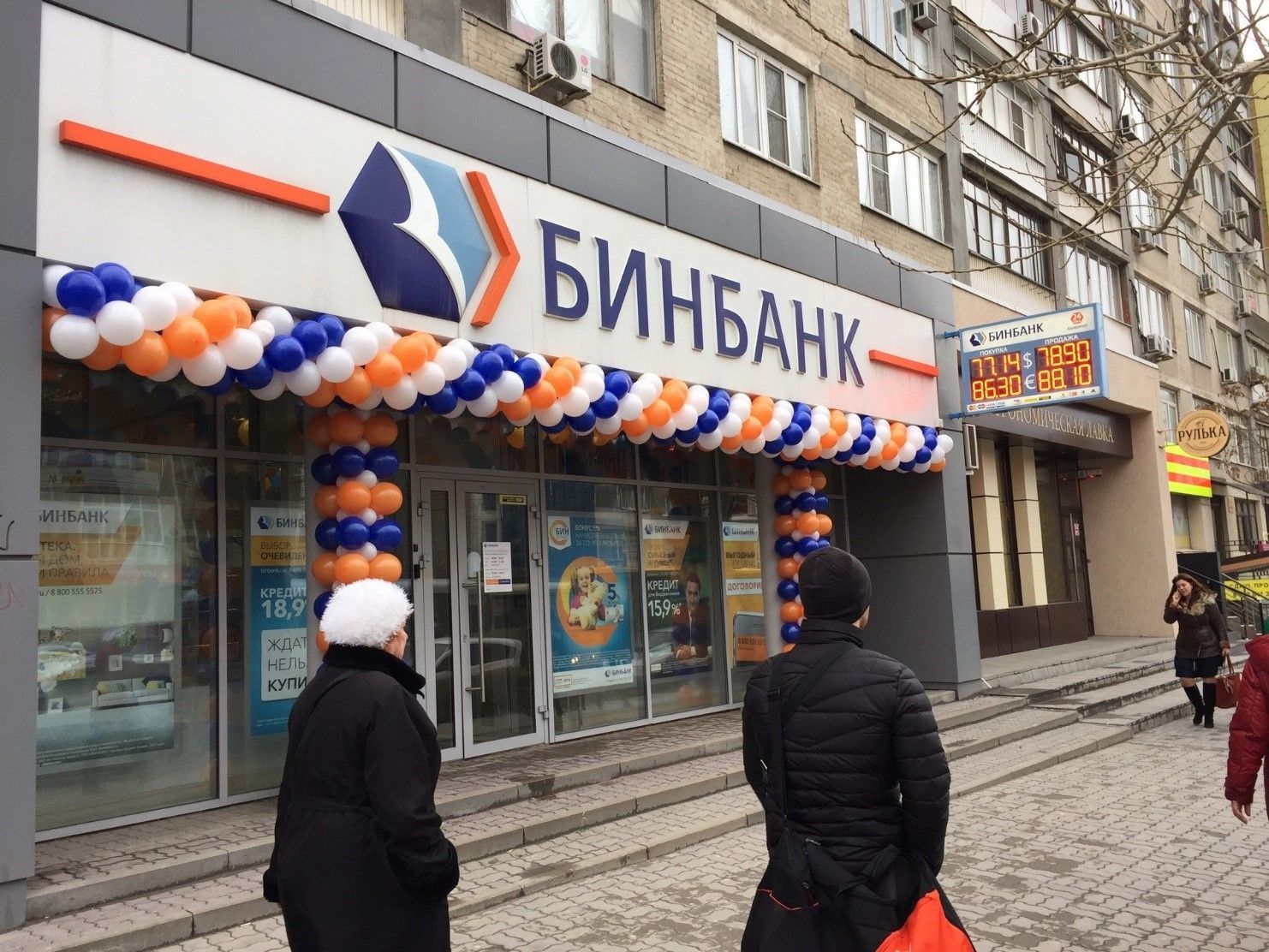 In addition, earlier Gutseriev and Shishkhanov tried to challenge the court's decision on 205 billion rubles of loans from the Central Bank, which Shishkhanov directed to increase the authorized capital of the subsidiaries of Rost Bank - Rost Investments and Rost Capital. After the accession of one structure to another. So they obviously didn't want to pay, did they? But it didn't work out.

It is rumoured that these 205 billion rubles, issued to Rost Investments, Shishkhanov bought at an inflated price shares of Cypriot and British "dummies", which Shishkhanov and Gutseriev themselves could belong to. For 50 billion rubles, which went to the Growth of the Capital, several more companies were bought.

Recall that Rost Bank was given for sanation to Binbank back in 2015. And with it - 36 billion rubles for the same purposes (sanation). Only they went somewhere unknown. After Binbank was joined to Otkritie, and the epic of debt collection began, the result of which was the above-mentioned agreement for 135 billion rubles. Can we say that the Gutserievs got off lightly?

In the same context - the proceedings with the Trust after the situation with Binbank, the shares of Russneft - the main oil asset of the Gutserievs — are sold at auction. In the hands of Trust there were all cumulative preferred shares and 25% of its authorized capital. Earlier, the same 25% of Russneft was poured into Binbank, in the hope of saving it. But it didn't work out. At the end of 2019, Trust announced that it intended to sell this 25%.

However, the purchasers do not have much to worry about. Russneft is in a difficult situation. The ownership structure is generally something that is not clear. Of the seven formal founders, six have been liquidated, and it is not clear how or who formally owns it. Most likely, offshore. It is not clear and the position of the subsidiaries of RussNeft, which look like a fictitious organization.

In particular, LLC Trading House RussNeft, through which the group's oil products is to be traded, has losses and zero revenue at a negative value of the company of 105 million rubles.

It is also interesting that on March 10, Fitch lowered the rating of RussNeft by two notches from B to CCC+ (pre-default) due to deteriorating liquidity and weak corporate governance. This was written by RBC.

Does it mean that Russneft is in a pre-default state? And against this background, NPF Safmar continues to reduce investment in the company. Did Gutseriev put an end to it - or just decide to get rid of the asset in order to move to another country?

About the sale of oil - a separate story, which involved Said Gutseriev, the son of Mikail Gutseriev. At the end of 2019, the Gutserievs' structures were suspected of smuggling oil products to Ukraine for more than 2 billion rubles. This was written by Kommersant. As part of the open criminal case, the Ministry of Internal Affairs and the Federal Security Service conducted 14 searches in Moscow and the Moscow region, including in the company of Said Gutseriev, Forteinvest. 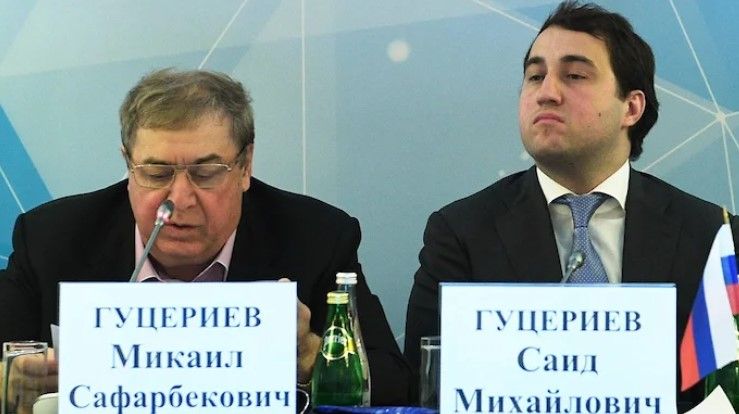 Are the Gutserievs preparing to "set off"?

Despite the fact that it did not end in anything bad for either Mikail or Said Gutserievs - there are no complaints against them. And it looks very ugly. Especially against the background of the family's recent acquisitions in the context of the sale of Russian assets. We are talking about the purchase of the Belarusian Paritetbank through the offshore Beristore Holdings Limited, owned by Said Gutseriev.

They both love Belarus very much, and actively work there. They also own, for example, the Belarusian Neftisa oil company. However, in 2017, the Gutserievs had to put 100% of its subsidiary Belkamneft in Sberbank. And since then, there have been no fewer problems.

It is rumoured that Gutseriev may go to Belarus after the sale of Russian assets. But it doesn't look very plausible. If there are sins behind Gutseriev, it will be difficult to hide in Belarus. Rather, London, which Gutseriev had already visited in 2010, when he fled from the investigation, which considered him involved in illegal business and tax evasion. This was written by Lenta.ru.

Then it did not end with anything for Gutseriev, the case was closed. He got away with it, as they say. If Gutseriev really left traces, will it work this time?