The gold of Yakutia broke up into Rosatoms

Rosatom, despite the dissatisfaction of eco-activists, can build a low-capacity nuclear power plant in the Yakut village of Ust-Kuiga.

According to the correspondent of The Moscow Post in Yakutia, the Government decided to allocate almost 80 billion rubles for the Rosatom program for the development of small-capacity nuclear power plants in 2021-2024. In particular, we are talking about the construction of the first ground-based nuclear power plant at the RITM-200N reactor (55 MW) in the Yakut village of Ust-Kuiga for the Kyuchusky gold deposit. At the same time, it is planned to hold an auction for the right to use this field, in which Atomredmetzoloto, the structure of Rosatom, will take part. And, judging by the fact that the financing of the state corporation has already been allocated, it was decided in advance who will be the winner of the auction.

In the second half of 2021, Rosnedra plans to hold an auction to grant the right to use a subsoil plot in the Arctic zone in Yakutia, including the Kyuchus gold deposit. Previously, the applicants for participation in the auction are Polymetal, Sunsky Quarry, as well as PJSC Supreme and Atomredmetzoloto (part of the Rosatom state corporation), which plan to create a joint venture.

And Rosatom has already begun to strengthen its position in the upcoming auction - the state corporation plans to begin construction of small-capacity nuclear power plants there in 2024, commissioning - until 2030. At the same time, local residents are categorically against this idea. One of the arguments of social activists was an article of the Constitution prohibiting the construction of nuclear power plants in Yakutia. However, at the public hearings held on June 23, 2021, atomic scientists stubbornly ignored the comments and questions of the dissatisfied. The next day, the results of the hearing appeared on the website of the local government: "The project is approved, there are no dissents."

To make the dissatisfied less, the company squeezed into jobs at a non-existing plant. And, apparently, money from the budget is now being taken for the construction of this plant.

In this case, Rosatom's profit is huge: the Kyuchus gold deposit is the second largest in Yakutia after Nezhdaninsky, slightly inferior to it in reserves, but almost twice its gold content. In addition to gold, Kucus ores contain antimony, mercury and arsenic.

However, all this is not the profile of Atomredmetzolot, which actually specializes in uranium mining. In addition, in the case of the Yakut field, it is also necessary to fulfill the requirement for the presence of state holes in the enterprise. That is why the company plans to cooperate with someone. And here there are two large players to choose from - Polymetal and PJSC "Highest."

The balance bowl seems to be more inclined to Polymetal, once controlled by Senator Suleiman Kerimov. The fact is that earlier another company of Kerimov. Polyus had a license for the field, but did not carry out any real work. It is known only about her exploration work in 2006 - and that's all. It is possible that Polymetal will now co-operate with Rosatom. And obviously, this partnership will be financed for the state account. 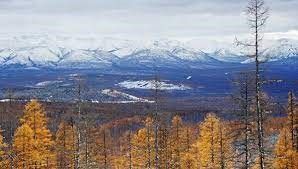 However, SakhaNews writes that the Rosatom structure can also be created together with PJSC Highest. The latter is controlled by the family of billionaire Sergei Dokuchaev, who, by the way, now very badly needs money. Earlier, The Moscow Post wrote in detail that the Lanta Bank and the Highest controlled by Dokuchaev could be on the verge of collapse. The fact is that the "Highest" transfers the IPO on the Moscow Exchange due to the high level of market volatility. However, according to some reports, the company simply could not collect investor applications for IPOs. And this cannot but raise questions, because gold is always valued. Therefore, Dokuchaev's business has certain problems. And cooperation with Rosatom is a good option to correct matters.

Moreover, it is known that the company is used to not saving. At one time, the news of the Atomredmetzolot corporate party in 2012 made noise. Then the management of the Russian company, part of Rosatom, received a reprimand for unreasonable expenses on the New Year's corporate party. The workers called the French singer Patricia Kaas to perform at the event.

The audit revealed that the company spent 15 million rubles on the celebration of the New Year. The heads of ARMZ OJSC reimbursed the costs from personal funds, the acting president of the company was reprimanded, and the procurement director was fired. This was also told by The Moscow Post.

A year later, Vladimir Verkhovtsev came to work in the company - also a very ambiguous character. As the Independent Military Review wrote in 2010, he was prematurely dismissed from the Ministry of Defense due to abuses committed by his subordinates. Verkhovtsev served as head of the 12th Main Directorate (GU) of the Ministry of Defense and had the rank of colonel general. Then he was responsible for the safety, operation and testing of nuclear munitions (nuclear weapons) in the Russian army.

And, most interesting, the funds allocated to the department for the safety and security of facilities with nuclear power plants were sent to the Russian Federation by the US government under the well-known Nanna-Lugar program. This programme is aimed at providing financial assistance to the former Soviet republics in the destruction and safe storage of weapons of mass destruction.

In addition, Vladimir Verkhovtsev was in the military department one of the youngest generals who ever headed the 12th headquarters. His general headed in 2005, when he was only 50 years old.

And now this person will receive state millions, for which a scandalous construction in Yakutia is planned. And it seems that Rosatom is absolutely like that it contradicts regional laws and does not cause delight among local residents. It seems that everything has long been divided and defined.

18 February, 8:09
Who is "treated" by Vekselberg, or Whose interests will be observed in the "Rosatom" Komarova

11 February, 8:45
Subsoil in diamonds: what should be afraid of business partners of the family of the governor of Yakutia?
See also