The Bidilo brothers look towards the Kremlin

Have Ufa oil traders, the Bidilo brothers, decided to get closer to the Kremlin?

As the correspondent of The Moscow Post reports, half a kilometre from the Kremlin, they want to build an elite four-storeyed house with apartments worth a million rubles per one square metre. Earlier, almost 100 years ago, there was was the Church of Krestovozdvizhensky monastery at this place, which was demolished. Now - parking and ruins. This awesome in every sense piece of land is assigned to the Premium Inform company, RBC reports. But who exactly is behind this, and what is the conspiracy around the site?

Through numerous chains, it became clear that this is Ufa oil trading Atek of brothers Evgeny and Igor Bidilo. The latter captures not only Russian real estate markets, but also left traces in Italy. The businessmen, paved their way, including the international market, with the help of the Bashneft management, as well as the owner of the Sistema Public Joint Stock Financial Corporation Vladimir Yevtusnenkov.

Try to find it

According to Rusprofile, Premium Inform LLC with a single employee in the state, apparently, took some big jackpot in 2017 in almost 40 million rubles and then this money slowly floated out of the accounts to the balance in the form of a profit of 1.1 million rubles. The company is the legal successor of a certain KPI LLC, owned by a Cyprus offshore company and now liquidated.

Now Premium Inform LLC has only one founder, it is the Petrovsky Dom LLC organization which doesn't look "dead" and shows financial life. Revenue of 97 million rubles, and profit of 6.5 million rubles. Its founders are: Tatyana Petrova (owns 99%) and the Atek Group JSC (owns 1%).

It is noteworthy that Petrovsky Dom was engaged in the sale of tobacco assets of Neva Tabak, Delovoy Peterburg wrote.

As for Tatyana Petrova, nothing else is listed, but there is the businessman Evgeny Bidilo in the JSC Atek Group. According to Rusprofile, the latter company showed a financial hole in the amount of about 170 million rubles of loss in 2018. Now the profit is estimated at 17 million rubles. 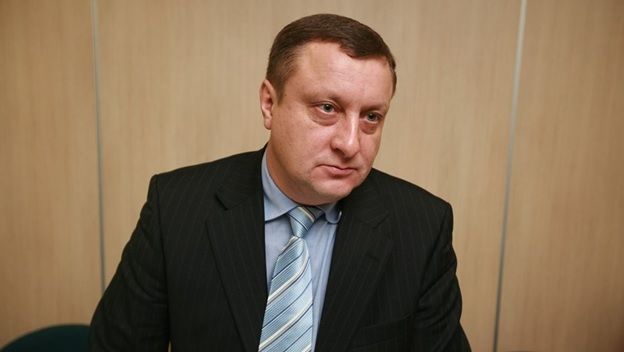 In Russia the business is conducted mainly by Evgeny Bidilo

So who is going to build it? Most likely, this project will be taken by LLC Kesco, its owners are: the Cyprus company Depannez Properties Limited 33.2%, Evgeny Bidilo - 32.2%, the Cyprus company Sithara Holdings Limited - 28.5%, LLC Atek - 4%. The company confirmed its plans for construction on this site to RBC, although they do not exclude the sale of the object. This looks strange, is it because of the publicity?

But in general, it looks very intricate and resembles a scheme for covering tracks through a variety of companies.

Things didn't always go well with the legality of the company's actions. For example, Kommersant wrote that in 2013, the Prosecutor's office filed claims of unauthorized seizure of land in Moscow during the construction of a hotel. Citizens paid attention to this.

There was also a major scandal about the Hilton on Malaya Morskaya 5 in Saint Petersburg. As a result, the project was not implemented due to a conflict between two investors, among whom Kesco got involved. Fontanka wrote that the company even "incited" the FSS to the conflicting side - Delta LLC, in addition, the FSS even came to Gosstroynadzor.

The brothers and Bashneft

Atek started developing its hotel business after it had raised money in its main profile – oil trading. According to Forbes, the business of the Bidilo brothers grew on bribes schemes of oil refining, supplying raw materials to the Bashkiria refineries. Later, they began to cooperate with Rosneft, Lukoil and Surgutneftegaz.

But Kommersant pointed to the good relations of the business brothers with the son of former President of Bashkiria Ural Rakhimov. In addition, in 2007, the publication indicated an interesting fact that Atek LLC and AFK OJSC were located at the same address.

What a friendship! A criminal case was opened against Ural Rakhimov for misappropriation and legalization of Bashneft stocks. According to the latest data, he is in Vienna, and the Austrian authorities refused to extradite him, as Interfax wrote. Head of the Sistema Public Joint Stock Financial Corporation of Vladimir Yevtushenkov was also involved in the case.

And what will the Kremlin think of the neighborhood with such guys? 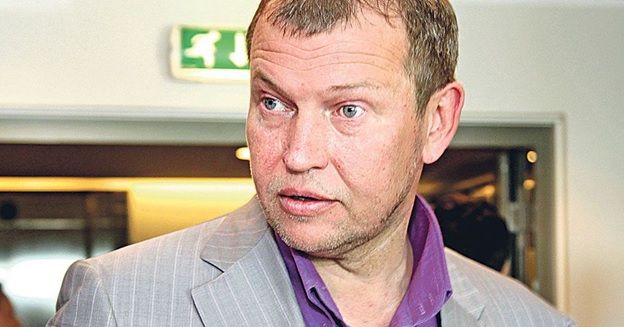 Last year, there was an interesting investigation by the Italian press about how Russian oil companies were buying up real estate in the town of Siena. It said that almost all the restaurants and bars in one of the most beautiful squares in the world, the Campo, were apparently bought up. Allegedly, this was the work of Igor Bidilo through the Sielna spa company, and the documents pointed to Somitekno Ltd., the IA Khakasia publication says. It also indicates that Somitekno Ltd. has received a number of billion-dollar contracts with the Russian oil company Bashneft.

Then Ural Rakhimov got on the Board of Directors of Sistema, the holding company of the oligarch Vladimir Yevtushenkov, who then became a co-owner of Bashneft. After the decision of the Russian authorities to seize the stocks and reprivatize Bashneft in 2015, Bidilo was left with Cind Holding – a Cypriot company that controlled Baltic International, now liquidated, and previously oil rivers were "poured" through it.

In an interview with Sobaka.ru Evgeny Bidilo spoke about the interaction with his brother: "We are slightly different people, each one with his personal vision. But there is one pattern: when we consider a new project, our different points of view help us evaluate it from all sides and make the best decision — whether the game is worth the candle."  Apparently, this is why they do not particularly advertise that they have got close to the Kremlin. Are they considering whether this step is too steep?