Texler built up with criminal cases

How under the governor Alexei Texler are going to build "choirs" for the powerful and give contracts to the company of the deputy of the City Duma.

According to the correspondent of The Moscow Post in the Chelyabinsk region, the other day the news flew around the region: they wanted to equip a cafe, a billiard room and a gym in the building of the Seventh Court of Cassation there - they were almost ready to allocate more than 2 million rubles for the arrangement of the future recreation area.

It was planned to design the resting place of the judges in a single design style - even the cloth for covering the billiard table on sketches was depicted not in traditional green, but in dark gray.

In the basement of the court were supposed to appear dining areas of different capacities, a kitchen, a billiard room, lounges with chairs and tables, as well as a gym with a huge wall mirror, bicycles, treadmills and bars. Information about this was confirmed by the source of Ura.ru in the judiciary.

However, soon the information about the purchase disappeared, and the customer explained that no recreation area in the basement of the court was planned at all, and the whole commotion occurred due to a "technical error." 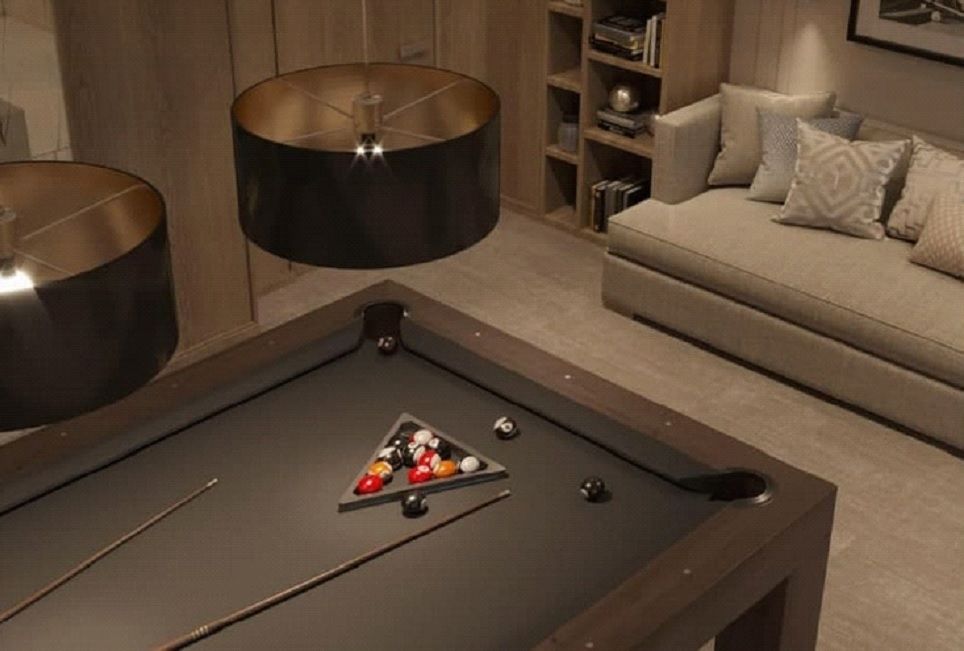 After the indignation of the residents, they hastened to refute this information - they say, in fact, the repair of the basement provided for the laying of high-voltage cable and related equipment, and the screens of design repairs were attached by mistake. The same Ura.ru published information about this, which became the source of the source news - the truth. this publication was soon deleted for some reason. However, The Moscow Post was able to find a saved copy.

It all looks at least weird. So were there plans to equip the judges with a billiard room or not? And if not, why did the refutation disappear from the pages of Ura.ru?

Meanwhile, as it turned out, such "technical errors" in the work of the customer - OGKU "Chelyabinsk Linveststroy" were already enough for several criminal cases. Their defendants are, among other things, people from the team of the current Chelyabinsk governor Alexei Texler, who, according to the court, cannot restore order in the construction sector of the region.

It all began in April 2020 with the arrest of Tatyana Antonova, Deputy Minister of Construction and Infrastructure of the Chelyabinsk Region. She was detained by FSB officers on suspicion of receiving 2.2 million rubles of a bribe from an entrepreneur. According to investigators, in 2016-2017, the official received a bribe from the deputy general director of a commercial organization for committing actions to ensure payment for the fulfillment of contractual obligations under municipal contracts, that is, duties that were part of her official powers.

As follows from the case file, an entrepreneur Mikhail Azamatov, who was engaged in the construction of a biathlon center in Zlatoust and an Olympic short track center in Chelyabinsk, gave a bribe to Antonova. He was arrested a little earlier, in February 2020, on charges of fraud, as a co-owner of the construction company Stroytranssoyuz LLC.

After his arrest, Azamatov did not want to sit in a pre-trial detention center and began to cooperate with the investigation. As a result, he was released on bail of 1.5 million rubles. Thanks to the testimony of Azamatov, law enforcement officers went to the director of OGKU Chelyabinsk Linveststroy Alexei Abaimov. And then, as they say, it began...

It turned out that Abaimov was suspected of involvement in the theft of more than 920 thousand rubles during the reconstruction of the local Glinka Opera and Ballet Theater. The regional prosecutor's office said that the construction of the auxiliary theater building was carried out in preparation for the SCO and BRICS summits in Chelyabinsk in 2020. As part of the execution of the state contract, office furniture and unfulfilled work that was actually missing at the site were accepted and paid. However, this summer the case was closed. 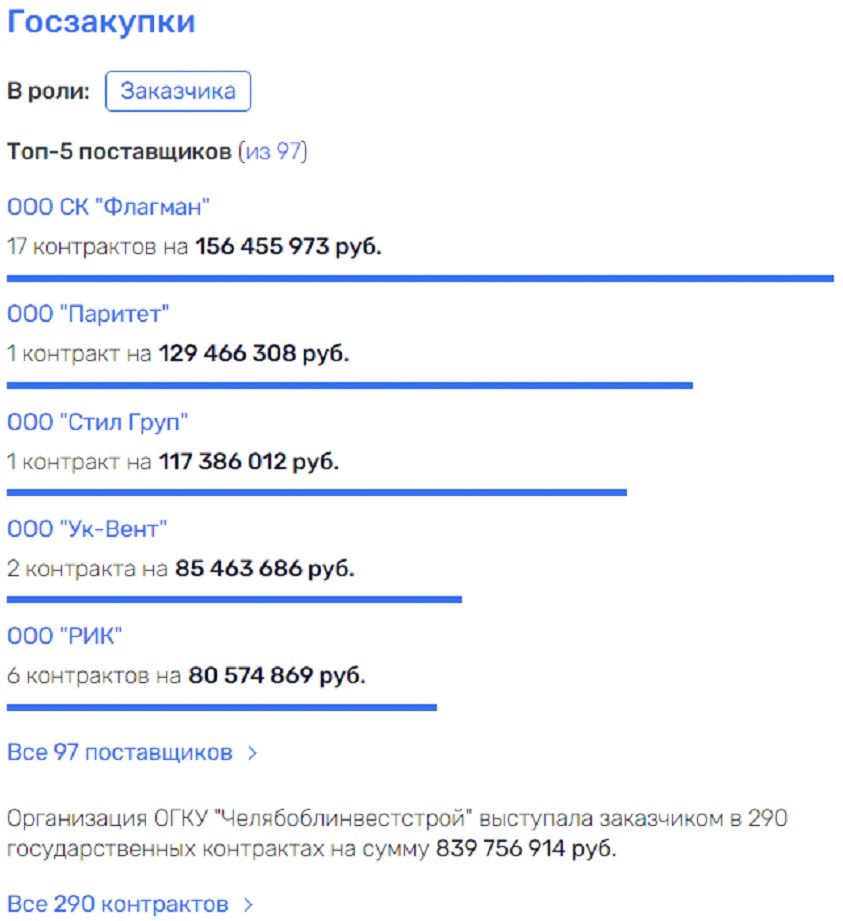 In the same 2020, a criminal case was opened in the Chelyabinsk region for violations during the construction of feldsher-obstetric centers (FAP). We are talking about four FAPs in Bredinsky, Agapovsky, Oktyabrsky districts and the city of Kopeisk, which were commissioned at the end of 2019. During the audit, launched by order of Governor Alexei Texler, numerous violations were discovered. The regional state governmental agency "Chelyaboblinvestroy" (OGKU) which was directed at that time by Abaimov controlled works.

Soon there was information that he could be involved in other criminal cases. Law enforcers continued to "unwind" Mikhail Azamatov, finding a number of violations at the facilities erected by his company.

In particular, we are talking about the construction of buildings of the KSK "Rifey" in Chelyabinsk. Here, Azamatova's company mastered 137 million rubles under the contract. They will also check the volume and quality of work on the construction of a school for 250 students and 50 preschoolers in the village of Sarafanovo, Chebarkul district, the Znak told in detail about this.

Well, the weak "portfolio" was recruited by the ex-director of Chelyabinsk Vinveststroy!..

Isn't the evening yet?

It is possible that new ones will be added to existing criminal cases. In August of this year, the developer "Alfastry" under the leadership of the deputy of the Chelyabinsk City Duma Oleg Ivanov sent a complaint to the Prosecutor General's Office against the regional Ministry of Construction. The fact is that this department decided to terminate state contracts with the enterprise unilaterally. The contractor appealed the decisions to the Arbitration Court of the Chelyabinsk Region and stated that he was "squeezed out" of the market in all possible ways.

But "Alfastroy" performed in a row, including the repair of the basement of the building of the Main Post Office, in which the Seventh Court of Cassation has now settled. Given the rumors that it was planned to arrange a VIP-room for judges, I readily believe: the company could be excommunicated from the contract for a reason.

However, the company "Alfastry" without this episode was already noticed in the story with the arrangement of chic interiors for budget money. We are talking about the reconstruction of the hotel for officials on the territory of the "Obkomovsky cottages" - this is the very famous construction site with a pool and hamam, which caused violent discontent among the residents of the city. According to the technical assignment, it was planned to rebuild the hotel complex and place premises for SPA, hams and the like in it.

Did Governor Alexei Texler know about this, who just lives on the territory of the "Obkomovsky cottages"? Did this information embarrass him?..

It is known that after residents expressed dissatisfaction with the spending on the Great Soviet Hams, they decided to revise the project, and excommunicate Alfastre from it.

Next, the company lost another large state contract for the overhaul of the premises of the operating block, basement, as well as the seventh and technical floors of the fourth building of the Chelyabinsk Regional Hospital.

What kind of "black strip" did this start with a company specializing in beautiful repair work?

There is an opinion that all these events can be explained by sweeps in the regional Ministry of Construction. In addition to the already mentioned official Tatyana Antonova, in the summer of this year, the first deputy minister of the department, Ivan Belavkin, was detained. The detainee is suspected of receiving more than a million bribe from a representative of a commercial organization for performing actions in the interests of this organization that are part of his official duties. Can we really talk about Alfastra?..

After all, surely the beneficiary of the company Oleg Ivanov could well know officials from the Ministry of Construction. Still, he is also not the last person in the power circles of Chelyabinsk - he sits in the City Duma.

In April of this year, Texler sent auditors to the Ministry of Construction just because of the deputy. On behalf of Governor Alexei Texler, they checked the expenditure of budget funds aimed at the construction of the building of the guard building for the regional neuropsychiatric hospital No. 1. The project was engaged in "Alfastre." That's just the work was supposed to be completed by the end of 2020, but all the deadlines were disrupted. 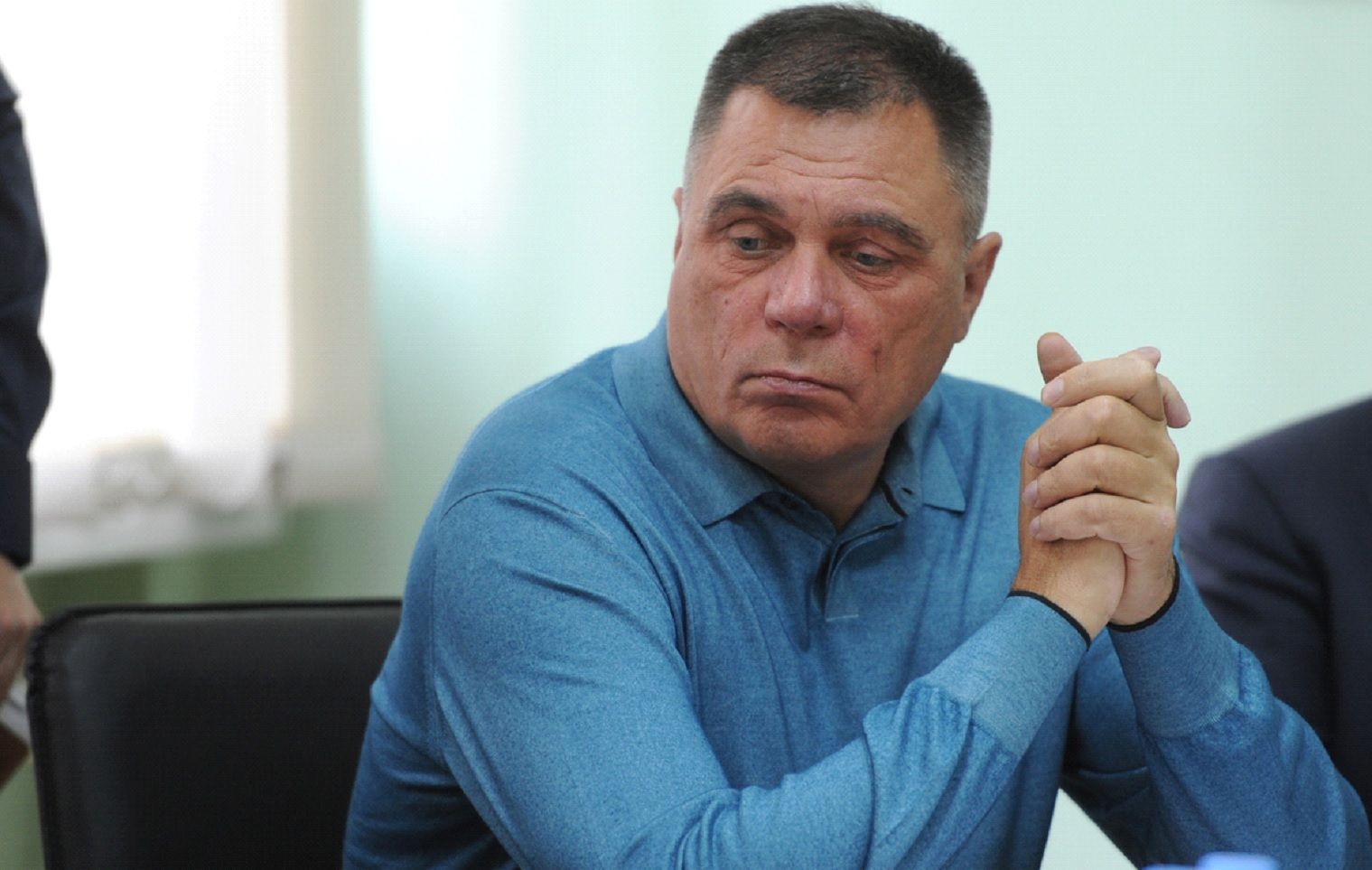 The price of the contract concluded by the Ministry of Construction in November 2019 is 86 million rubles. Control over the work was carried out by Chelyabinsk Linveststroy, subordinate to the ministry. At the time of the conclusion of the contract, OGKU was led by the same Alexei Abaimov. So it all comes together at one point, doesn't it?

Do you have to ask Mr. Abaimov and officials of the Ministry of Construction about how the contract could even go to Ivanov? After all, he is a very scandalous figure - according to Ura.ru at the time of the audit, on behalf of Texler, two lawsuits against the deputy were already being considered in the arbitration court of the region - from the tax inspectorate for 119 million rubles, as well as from former business partners - in the amount of over a billion rubles. At the end of March, Ivanov's business assets, apartments and cars, as well as his wife, were seized.

Already in October of this year, it became known that the regional Ministry of Construction filed a lawsuit against Alfastroy for 49 million rubles. In the court materials there is data from the FSB, from which it follows that Ivanov may also become a defendant in criminal cases on charges of major fraud.

So, what we have: a number of criminal cases against officials of the Ministry of Construction, the director of Chelyabinsk Vinveststroy and entrepreneur Mikhail Azamatov, "on a pencil" from the security forces, it seems, and Mr. Ivanov. Yes, Texler seems to have seriously taken up the construction sphere of the region entrusted to him.

... Here is just the latest information about the "technical error" when planning a chic lounge for judges does not fight with this. After all, in this case it turns out that people are changing, but the order is not. Shouldn't the governor do it?

09 January, 7:50
Skurov's path to Cyprus lies through the investigation