"Summa" changes due to Kerimov's change

Suleiman Kerimov, who could probably be behind the arrest of the Magomedov brothers, could also have contributed to the loss of their alleged control over the large advertising company Laysa, - an exclusive partner of Russian Railways.

According to the correspondent of The Moscow Post, Russian Railways has chosen a new contractor to place its outdoor advertising. It became the CJSC Olymp company, the structure of the capital's operator Vera-Olymp. Another structure, i.e. Laysa company, participated in the same auction. But it was not able to provide security for the application for 30 million rubles.

However, now both of them, as well as 65% of one of the largest outdoor advertising operators in the Russian Federation, Russ Outdoor, belong to the same owner - Stinn LLC. They used to be fierce competitors. Senator from Dagestan Suleiman Kerimov, who controls the financial and industrial group Nafta-Moscow could probably help them unite into one structure.

He probably could have done this for a reason, due to a possible desire for revenge. As Versia writes, literally: "It were the brothers Ziyavudin and Magomed Magomedovs, co-owners of the Summa group, who gave the French police the information on the basis of which the Russian Senator Suleiman Kerimov was detained on suspicion of money laundering."

Many detractors still believe that Kerimov may be behind the arrest of the Magomedovs. It is because of that scandalous story. The Magomedovs were arrested in 2018, after the "French" scandal with Kerimov had broken out.

According to RBC today "Ziyavutdin Magomedov is suspected of creating a criminal community and a number of episodes of fraud and embezzlement. Together with the billionaire, his older brother, ex-Senator from the Smolensk region Magomed Magomedov and the head of the Intex company, which is part of the Summa structure, Artur Maksidov, were taken into custody."

According to RBC literally: The family of Suleiman Kerimov participated in the financing of the purchase by the Vera-Olymp group of an advertising contractor of Russian Railways. The deal was overseen by Said Kerimov, the billionaire's son.

And further, also an exact quote from RBC:

"The purchase of the Laysa advertising company by the Vera-Olymp group was carried out with the involvement of funding from the family of Senator Suleiman Kerimov."

According to the authors of the Obshchaya Gazeta website, allegedly "the family of Senator and billionaire Suleiman Kerimov took part in financing the purchase of the advertising contractor Russian Railways by the company Vera-Olymp". Moreover, the transaction was allegedly personally supervised by the businessman's son Said Kerimov, who has been involved in the implementation of his father's business projects since 2014. We are talking about the Laysa advertising company.

Why are the former owners of Laysa associated with the Magomedov brothers? Before this whole story in 2018, Laysa was owned by people allegedly very close to entrepreneur Ruben Gevorgyan, who was considered one of the close associates and partners of the Magomedovs.

Versia writes, literally, that: Laysa is owned by Ruben Gevorkyan's accomplices - his relative Romeo Gevorkyan, as well as Bagrat Gazaryan. The latter was recently in charge of real estate issues in the Summa group. In other words, it turns out that he worked in the Magomedovs’ structures. It's hard to believe that in this situation, the brothers had nothing to do with Laysa.

Now, something strange is going on with the new owner of Laysa and Vera Olymp. The Stinn LLC company, which today owns the structures, is owned by an unknown businessman Grigory Sadoyan. At the end of 2019, the company's revenue is zero. Despite this, he somehow managed to earn 17 million rubles. 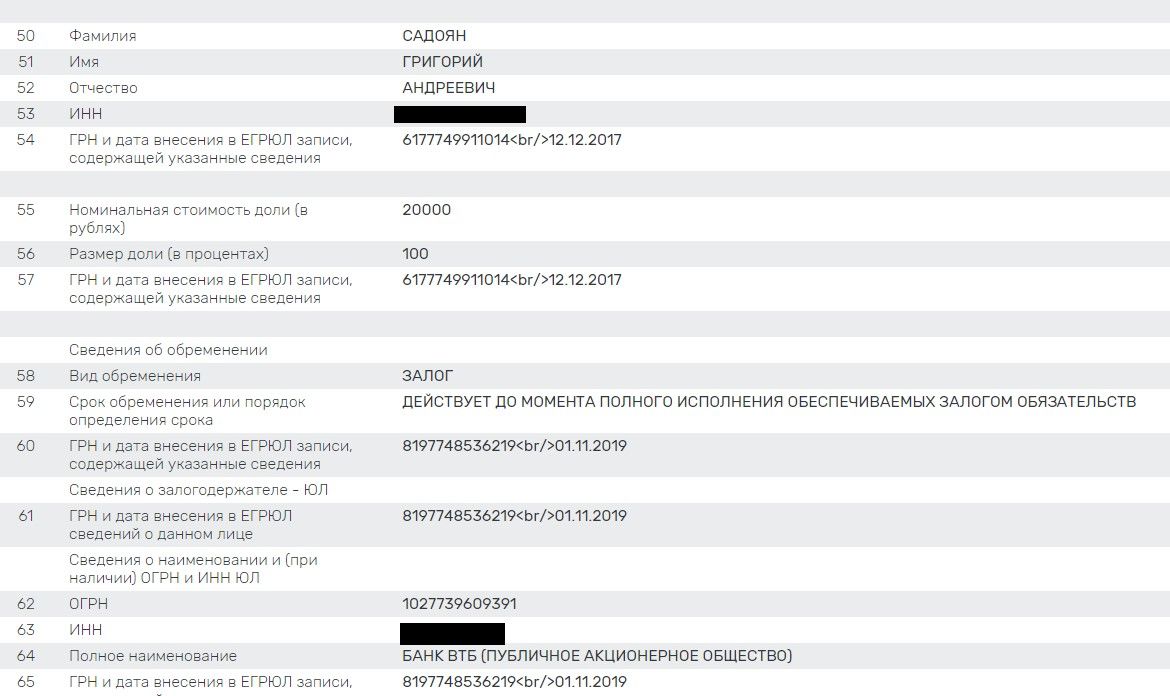 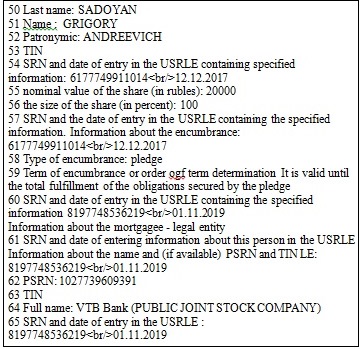 At the same time, his share is pledged to VTB. In other words, the company may not actually belong to him: Can Sadoyan be only a figurehead? As Dmitry Dyumin, CEO of Vera Olymp, told Kommersant in a comment: "legally, this company still belongs to its founders - Dmitry Dyumin, Sergey Dymov, Alexander Goncharov and their relatives and partners. But the actual control of the company in 2017 passed to Focus Media Group LLC, as RBC reported. Now this LLC is in liquidation, its founders were the President of the Arsenal football club (Tula) Guram Adzhoyev, Robert and Levan Mirzoyan and Andrey Fedorov."

The Mirzoyans can be the ultimate beneficiaries of the association Vera Olymp and Laysa under one wing. But they can’t have the money to do it.

According to RBC literally:

"The Moscow arbitration court found the bankruptcy application of Levan Mirzoyan, who was previously named by the media as one of the beneficiaries of the Vera-Olymp group, to be justified. 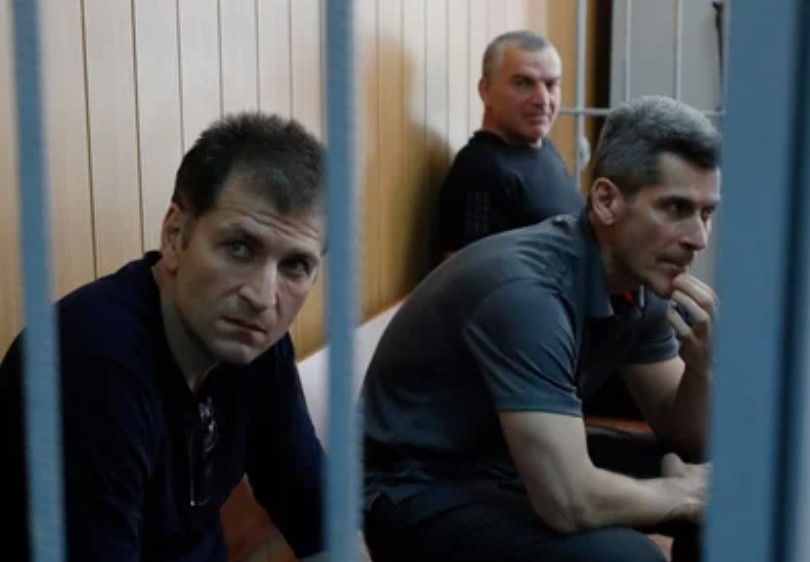 Do the problems of the Magomedov brothers continue with the filing of Suleiman Kerimov?

According to Kommersant, Laysa was also in a pre-bankruptcy state, but it was managed to "unhook" it from bankruptcy - a moratorium on this was imposed in Russian Railways, with which it had an exclusive advertising contract. It is not clear who will get Laysa in the end. Experts suggest that it may go to one of the structures of the Russian Railways, or the same Mirzayans, who for some reason could be supported by Kerimov.

However, why for some reason. Perhaps the main message for the scandalous Senator was the alleged desire to annoy the Magomedov brothers. Today, when they have already been in detention centre for the third year, they can't have a detailed influence on the situation with their assets. Or those assets that were linked to them through third parties.

So, to summarize, could Suleiman Kerimov be angry with the Magomedovs and help them end up behind bars? And during the investigation - slowly incite people previously associated with the Magomedovs to sell assets to third parties in order to leave the brothers with nothing. Does it sound like Kerimov?

"Knows how to hide deals"

They say, that Kerimov himself is quite a vindictive person. But he and his son Said, who is engaged in his father's affairs may be wished a revenge as well. As was written by The Moscow Post, Said in the past allegedly could simply "trick" his Chinese partners, allegedly promising them to sell 25% in a key asset of the largest gold-bearing company Polyus - Polyus Gold, and then canceling this agreement.

After that, Kerimov Jr. (and experts say that in fact his father was behind the situation), wanted to sell no more than 15%. And for an astronomical $1.4 billion.

Because of this and other situations, evil tongues claim that Kerimov is perfectly able to cast a shadow on the fence and hide transactions. The story of Laysma may be the reason for thinking so. In addition, detractors have repeatedly suggested that Kerimov could skillfully avoid paying taxes.

After becoming a Senator of Sovfred, to formally comply with the law, he simply took and rewrote the assets to a charitable Foundation in Switzerland. To put it another way, the billionaire could publicly "outwit "the authorities, who planned to "withdraw" entrepreneurs from the power structures who do not make the authority look good.

There is no evidence of this yet. As the French authorities did not find evidence that Kerimov was engaged in money laundering. RBC wrote about this. He quickly put this situation behind him, but apparently did not forget those who told the general public about possible offenses on his part.

All this, of course, does not make Senator Kerimov look good at all. And here we are not talking about what the Magomedov brothers did or could have done. Few would argue with the fact that neither Ziyavutdin nor Magomed are saints. However, even in the business environment there are decencies. Principles of decency, in other words. In this sense, with all the desire it is impossible to call Kerimov white and fluffy.