Top manager of AFK Sistema Ali Uzdenov, with the money of the latter, could get control of a confectionery factory in the Rostov region.

According to the correspondent of The Moscow Post in the Rostov Region, the Steppe Investment company (part of the Steppe agricultural holding AFK Sistema) became the owner of the property complex of the bankrupt Mishkino Confectionery Factory LLC. The purchase cost amounted to 1.4 billion rubles. For the managing partner of Sistema AFK, Ali Uzdenov, this is a real victory: it seems that he sought control of the company for several years, since Yuventa LLC affiliated with him bankrupt Mishkino and is its largest lender. Now, it turns out that he invested the money of Sistema in the confectionery factory.

Uzdenov is the chairman of the board of directors of the Steppe agricultural holding, the structure of which, Steppe Investment, has become the only contender in an open auction for the purchase of a bankrupt factory. The latter was brought to this state by Yuventa LLC, which is led by Valentina Shamoyan, who was previously the director of Antar LLC, which belongs to Uzdenov's son Yevgeny. That's how everything is simple - one company close to Uzdenov brought the company to bankruptcy, with the money of another, the remaining assets returned to the hands of a top manager.

Uzdenov's direct involvement in this story is also evidenced by the fact that in 2019 the Azov-Don Company filed a lawsuit against Mishkino to recover almost 173 million rubles. And the guarantor of this loan was personally Uzdenov, whom the court attracted as a third person, wrote "Kommersant".

It should be noted that the authorities were embarrassed by the close ties of Yuventa and Mishkino. In 2014-2018, the organization issued loans to the plant for 1.2 billion rubles, of which only 5 million were returned. According to RBC, the Federal Tax Service even opposed the requirements of Yuventa, which stated that under the guise of Mishkino loans, money was transferred that was not spent, but redirected to the accounts of affiliates. that is, it could be a controlled bringing the enterprise to bankruptcy.

The fact that Juventa is completely owned by the Cypriot Peneus Commercial Limited also raises questions. So where could supposedly credit money be sent? 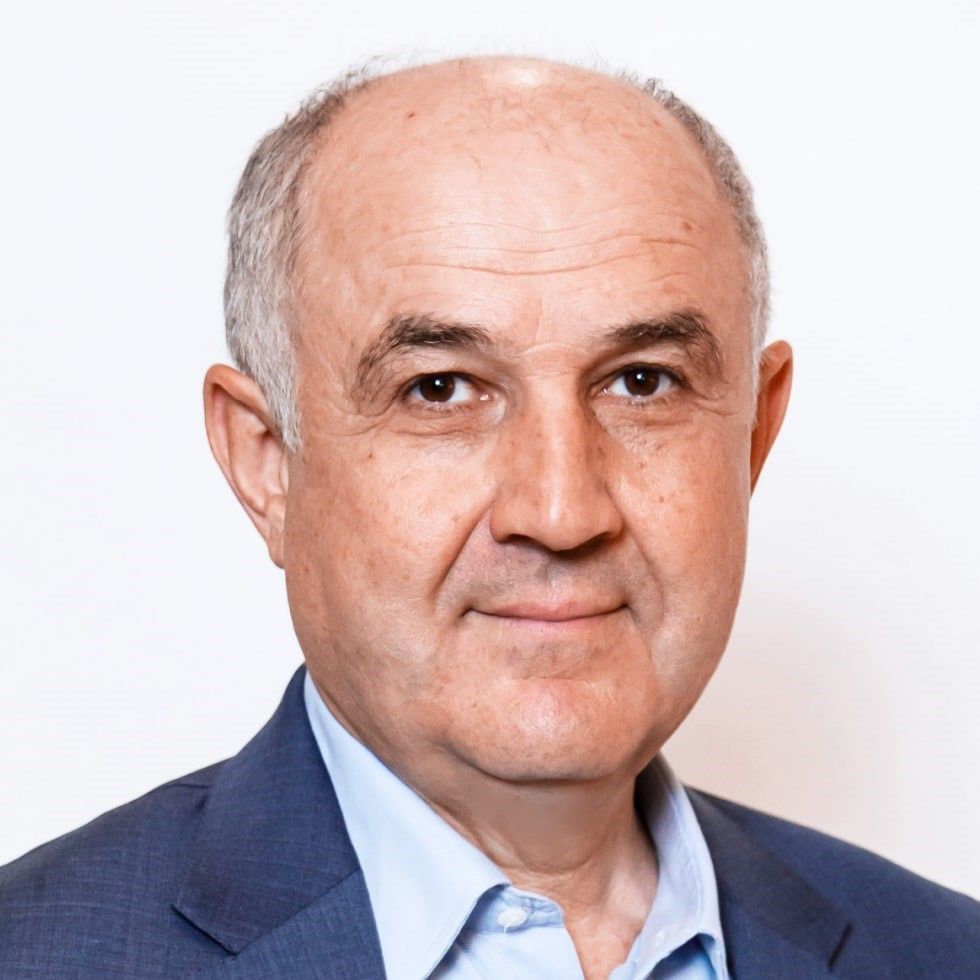 Earlier, The Moscow Post told in detail how for a long time Uzdenov was picking up for Mishkino. But at the end, this path could be cut off to him: suddenly it turned out that the right to claim 1.368 billion rubles of the debt of the owner of the Mishkino confectionery factory Sergey Ryzenko turned out to be with PIR Finance LLC.

The latter is affiliated with the chairman of the board of directors of Alfa Bank (part of Alfa Group, as well as A1) Peter Aven. And then many remembered that A1 has the fame of a company engaged in not entirely friendly acquisitions. In any case, even if Mishkino wanted to take Uzdenov from under his nose, but the luck and money of AFK Sistema were on his side.

In addition to the money of Sistema, Uzdenov could play into the hands of extensive connections in the Rostov province. In 2007-2009, Uzdenov was the general director of Gazprom Rostovregiongaz, responsible for the distribution of resources throughout the region. Some even called it nothing more than the local "shadow master" of the region.

In light of this, one can assume the high loyalty of local officials to Uzdenov. In particular, the governor Vasily Golubev, whose family was even connected with the Uzdenovs by business interests. The fact is that Yevgeny Uzdenov and the son of the governor Alexei Golubev previously belonged to Listopadovsky Sources LLC, which is engaged in rental and real estate management.

Uzdenov Jr. also belonged to DRSU - South, which was engaged in the construction of a new cemetery in Rostov, and many complaints arose about its work - no one saw the place promised for burials in a timely manner by 2018.

Yevgeny Uzdenov was also associated with Stroymaster, which in 2019 received a contract for the construction of the Krivoshlykovsky-Sholokhov underpass without a competition.

As you know, in the southern region the gas topic was dealt with by the scandalous Arashukov family - Raul Arashukov was the top manager of Gazprom Mezhregiongaz. While Uzdenov headed the Gazprom structure in Rostov-on-Don, at the same time, Raul Arashukov managed a branch in Stavropol. Now the latter and his son, ex-senator Rauf Arashukov and eight former heads of regional gas industry organizations have been charged with embezzlement of natural gas for 3.8 billion rubles, embezzlement of 747 million rubles under the guise of payment under contract agreements and payment of salaries to relatives. About this wrote "Kommersant".

According to Regnum, after initiating a criminal case against the Arashukovs in 2019, the investigating authorities could have questions to Ali Uzdenov, who headed the regional Gazprom. The publication noted that Uzdenov has serious political weight both in the Rostov region and in Karachay-Cherkessia.

Relatives not by blood

And, it should be assumed, in the KCR, the presence of Uzdenov may gain even more foothold. According to the authors of the telegram channel "Rostov_com", the allegedly full namesake of Uzdenov's son, Timur, married the daughter of the authoritative businessman Magomed Kaitov. The latter in 2020 was found guilty of embezzlement of 340.1 million rubles from the once-headed IDGC of the North Caucasus, as "Kommersant" reported.

According to law enforcement officers, people close to Kaitov invested part of these funds in various their own commercial projects, including agricultural ones. And, of course, Mr. Uzdenov also had a great interest in this area, as we see. And also the region of their presence coincides, so it is not surprising that they could really be related.

Kaitov could also be associated with the Arashukovs. The first was called the energy king, and Rail Arashukov - the gas.

But Vladimir Putin personally called Kaitov "the head of the family that controls the entire energy system of the North Caucasus." And it seems that the Uzdenovs became part of it. In this case, in southern Russia, they can now crush the gas, energy and agricultural industries - that is, literally the sphere that brings the most money. Earlier, The Moscow Post wrote in detail about the influence of the Uzdenov and Kaitov families. 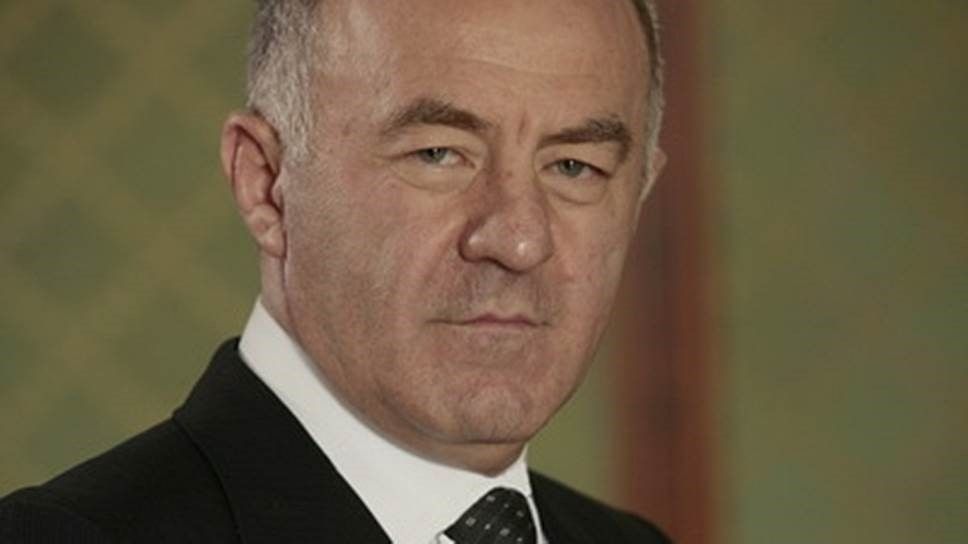 Among other things, Kaitov, tightly penetrated the political life of the region. So, Ansar Kaitov is the grandson of the former president of Karachay-Cherkessia Mustafa Batdyev. Ansar is the son of Zaur Kaitov. Also a former official, he previously headed the Forestry Agency for the Karachay-Cherkess Republic. Magomed Kaitov is his own uncle.

Ali Kaitov, a former KCR deputy, may not be a stranger to this family, who, as "Kommersant" wrote, was sentenced to 17 years for organizing a massacre. Such relatives were drawn from the top manager of AFK Sistema...

Uzdenov walks in the northerly wind

Ali Uzdenov, however, is by no means simple himself. Now we see what an interesting situation looms out of the Segezhi Group headed by him. The latter decided not to pay dividends for the past year, and also asked 178 billion rubles for the creation of a timber cluster, including from state-owned banks - ВЭБ.РФ, VTB and Sberbank.

Surprisingly, it turns out that Segezha does not have money for its own projects, but AFK Sistema invested a round sum in Mishkino for some reason. Nobody's embarrassed?

All this news looks especially interesting in the context of the fact that the entire last year of Segezha Group, under the leadership of its chairman of the board of directors, Ali Uzdenov, was engaged in IPO and raising money for the company. And it seems that all these funds could go to desserts for the top manager.

And it is possible that he will get even more "for tea": in addition to preferential financing from state banks, Segezha intends to conclude a special investment contract with the Government of the Russian Federation for the construction of a pellet production enterprise. SPIC implies the receipt of a number of tax benefits.

Moreover, now the organization headed by Uzdenov claims to be a resident of the Arctic zone of the Russian Federation for the construction of its new pulp and paper mill in Karelia. Last summer, the Segezhsky district became part of this zone, which allowed the company to count on extensive state support in the implementation of its investment plans. This was previously written in detail by The Moscow Post.

All this literally looks as if Uzdenov is not one south, where he and his relatives, presumably successfully turned around. In line - north. And this expansion may well be successful, because with Uzdenov the capital of AFK Sistema. And there, you look, and with someone from the northern influential persons he will be related.