Sovcombank: not at all alpha

Sovcombank looks untouchable amid problems with other credit organizations, and it is difficult to believe that this is not the personal interest of the head of the Central Bank Elvira Nabiullina.

According to the correspondent of The Moscow Post, the Gagarinsky court of Moscow recovered $126.5 million from the ex-minister for Open Government Mikhail Abyzov and Alfa Bank in favor of the state. The lawsuit was filed by the Prosecutor General's Office and was a continuation of another trial - to recover 32 billion rubles from Abyzov and his offshore companies.

The case of the ex-minister has become one of the most high-profile corruption proceedings in recent years. Recall that in 2019 a criminal case was opened against him. He is suspected of creating a criminal community and fraud, charged with embezzlement and withdrawal abroad 4 billion rubles.

The case was overgrown with various details and rumors, but the decision to recover money from Abyzov and Alpha in favor of the budget is separate. For the first time on the Abyzov topic, the bank was pulled up, and which is the largest private bank in the country, which ranks fourth in terms of assets and has almost 1 thousand branches.

The court's decision to recover funds will be appealed by both Abyzov and Alfa Bank. But the point is interesting. According to the prosecutor's applicants, the bank served the accounts of transit foreign companies that were associated with Abyzov, through which he repaid the debts of the company owned by him (then an official) Ye4 to Alfa Bank itself.

According to Kommersant, the bank conducted operations with Abyzov's illegal funds. Now you have to answer for it. Of course, both Abyzov and Alfa-Bank have already announced their intention to appeal this decision. Another thing is interesting - why do such things go with Alfa Bank, but do not go with some other large banking structures?

In particular, we are talking about Sovcombank Sergey and Dmitry Khotimsky. By the latter, hypothetically, questions could also arise about transit operations with numerous offshore companies. However, this is not happening, and the Central Bank, under the leadership of Elvira Nabiullina, can be suspected of being too loyal to the Khotimsky business.

At the same time, Sovcombank's business model seems to be built solely on the absorption of third-party bank assets, which the financial regulator itself regularly agrees to. It got to the point that the situation began to resemble a financial pyramid - one bank is absorbed after another, its assets are transferred in favor of Sovcombank, work is being reorganized and employees of the absorbed structure are being reduced.

At the same time, parallels between the recovery from Alpha and Sovcombank can be drawn. Not so long ago, Sovcombank acquired the Conscience loan product from the Qiwi group, which owns the bank of the same name. Now the company has huge problems, and many funds of dubious origin could go through Conscience and Kiwi.

At the end of last year, the Bank of Russia fined Kiwi Bank 11 million rubles. and banned two types of transactions: most types of payments to foreign online stores and transfers to prepaid cards of corporate customers. About this wrote RBC.

The Central Bank was checked from July to December 2020: the regulator studied the bank's activities for the period from July 2018 to September 2020, the company said. As a result, violations and shortcomings related to the requirements for reporting, paperwork and reporting to the Central Bank by Kiwi Bank were revealed.

Just so such tough measures would not impose. But for some reason, there are no complaints against Sovcombank, which bought Conscience with a considerable client base.

More recently, another large-scale takeover took place, which simply could not pass without the approval of the Central Bank and Elvira Nabiullina. We are talking about the long-suffering bank Vostochny. The deal became known in March 2021. At the same time, a three-year joint-stock conflict continued in East itself. Baring Vostok Michael Calvey and Finvizhn Artem Avetisian and his partners fought for control of the organization.

This began just after the arrest of Calvey in February 2018. And most recently he received a sentence - he was found guilty of embezzlement of Vostochny funds in the amount of 2.5 billion rubles. About this wrote RBC. Apparently, the Khotimsky brothers took advantage of the situation in the bank very successfully.

And this is very strange. Earlier, The Moscow Post analyzed the financial performance of Vostochny Bank. It was just in March 2021, after information about the deal with Sovcombank. The deal itself was closed in April.

And then, in the spring, almost all the indicators of the East were in the red zone. Usually in such a situation, the risk of a complete collapse is high, and the bank takes on the reorganization of the Central Bank. But here the structure, where the struggle of shareholders continues, is simply "released" to Khotimsky.

Pumping the bank with assets continues. In 2020, the structure announced to investors the risks associated with the possible inclusion of Sovcombank in the list of systemically important banks in the country. Today, the Central Bank has already recognized it as such.

But the organization is just like many others, tied to offshore. As you know, financial transactions through them are opaque to Russian state institutions. The main legal entity of the Khotimskikh, holding company Sovco Capital Partners S.a r.l. Registered in Luxembourg. However, this summer, Sovcombank announced that it was "moving" to Russia.

The "move" ended in full by September. Then there was news that Sovco Capital Partners S. à r. l., which owns 86.5% of Sovcombank's shares, is awaiting registration in a special economic zone in the Kaliningrad region, and that it will be in the form of an JSC. 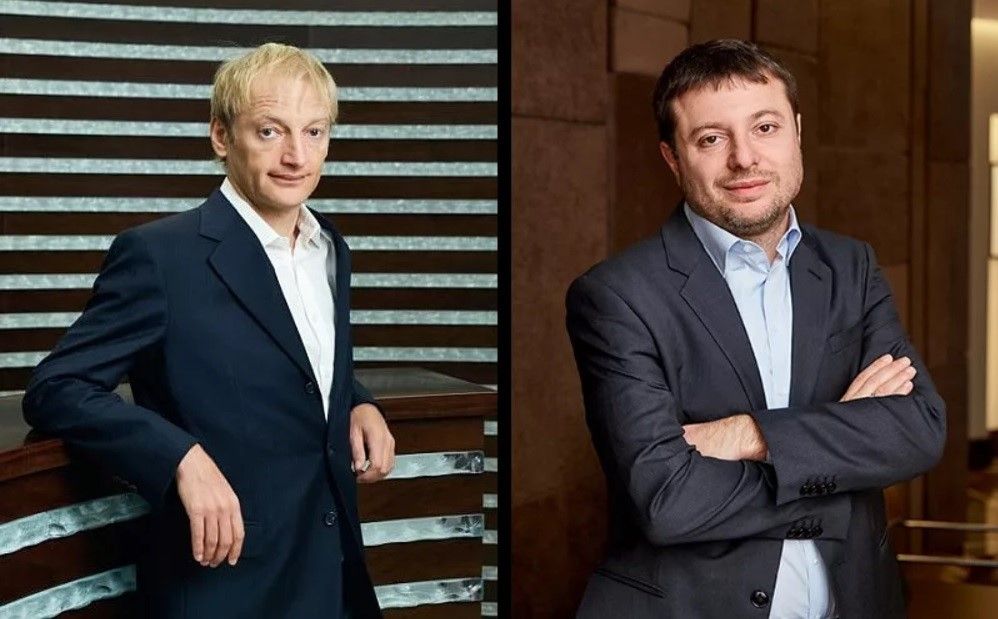 Dmitry and Sergey Khotimsky decided to pay taxes in Russia. What before?

Experts unequivocally attribute both the offshore nature of the Khotimsky business and the current move under Russian jurisdiction to the desire to reduce the tax burden on their business. Meanwhile, it is not clear how and where the assets of the banks absorbed by the Khotimsky are transferred. Many of these banks (like Vostochny) have serious problems, including corporate conflicts.

There are other problems with Sovcombank - also, by the way, related to the topic of equality of all before the law and the supervision of federal regulators. There is information that Sovcombank allegedly can irregularly execute the decisions of the same bailiffs in cases related to property crimes.

"I am extremely amazed by such frankly dismissive, one can say blatantly boorish and disrespectful attitude of the Bank towards state bodies, such as the Court of the Russian Federation and the FSSP Service of the Russian Federation. After I encountered this, I read on the network that my case is far from isolated, but this Bank has such a principled position - the Bank ignores court decisions and FSSP Decisions, "this is the beginning of the recall of one of the bank's counterparties on the banking analytics website Banki.ru.

We will go immediately to the essence - a person is a collector by court decision in relation to the debtor, who has property in the bank. However, the bank allegedly banally refuses to respond and execute the decision of the judicial body even if the necessary documents are available, namely a court order.

In this particular case, the general situation with Sovcombank is reflected. It seems that he enjoys favor from the regulator, and indeed from other bodies. No, of course, claims also sometimes arise against him. For example, already in 2021 he was fined for violating the requirements of the federal law "On Credit Histories."

However, this is an administrative story, and the fine threatens just funny: from 30 to 50 thousand rubles. Meanwhile, something is going on in the bank's finances, but this does not cause any reaction from the regulator. Moreover, the Khotimsky brothers are going to bring their structure to the IPO. Apparently, potential investors are simply not aware of the latest financial information.

Over the past year, the bank's assets and profits as a whole have grown - other credit organizations have affected. However, even now, having reached a plus in August 2021 compared to August 2020, the bank has problems with the level of overdue debt, the level of security of the loan portfolio with collateral of property, and the first of the three key credit ratios is H1 in the red zone.

But this is information for today, when Sovcombank absorbed Vostochny. And more recently, there was another: according to data from December 2019 to December 2020, the net profit of the organization decreased, attention, by 69.5%. If as of December 2019 it amounted to almost 35 billion rubles, then a year later it reached only 10.6 billion rubles. At the same time, the bank's assets formally increased by 27.7%, plus 330 billion rubles.

All this, again, does not bother the Central Bank. Among the organizations absorbed in recent years, we recall Express-Volga (minus 40% of physical depositors for 2019-2020), Volga-Caspian Joint Stock Bank, RosEuroBank, Metcombank and many others.

There is a feeling that untouchables have appeared in the Russian banking sector. And it is difficult to believe that the head of the Central Bank, Elvira Nabiullina, does not notice them by chance