The redistribution of the shipbuilding market may be beneficial to Viktor Olersky, who is now actively consolidating specialized assets.

According to the correspondent of The Moscow Post in the Yaroslavl Region, during the recapitalization of the Vympel shipyard by 6 billion rubles from the federal budget, USC lost control of the asset, and 99.9% of the shares of the enterprise were at the Federal Property Management Agency. It is possible that Viktor Olersky will buy the shipyard from the state - earlier the businessman had already received the Finnish shipyard Arctech Helsinki Shipyard from USC. It seems that the entrepreneur does not hide that he wants to become the only "master" of the country, for which he even received the nickname "Vitya Kalmar" among ill-wishers.

Given this, now he may try to get control at the Pella shipyard in Leningrad, which is tormented by creditors. Only others are already looking at the enterprise, including the beneficiary of Norebo Vitaly Orlov and, possibly, the head of Roscosmos Dmitry Rogozin.

The fact that "Pennant" can go to Olersky is very willingly believed. Even when he was Deputy Minister of Transport, he was very close to USC, which, in turn, is controlled by Rostec and its head Sergei Chemezov.

And USC tried diligently to gain control of Vympel. Earlier, Rostec controlled the shipyard together with the Kalashnikov concern. The latter in 2018 achieved the right to "single-handedly steer" in the shipyard for three years, despite the opposition of Rostec - representatives of the state corporation initially did not support the appointment of Kalashnikov as the sole executive body of the shipyard. But the latter eventually gained control of the asset and safely brought it to bankruptcy without waiting for the end of the three-year term.

After that, the Russian Government decided to transfer the Vympel shipyard to USC. And surely in this he is the former deputy minister of transport Alan Lushnikov, who acquired the legendary arms factory in November 2020. He got 75% of the concern, the roadblock remained with Rostec. It is possible that Lushnikov agreed with Rostec - he is their shipyard. they are a great freedom of action for him in Kalashnikov.

And in December 2020 (only a month after the purchase of the asset by Lushnikov), it became known that USC acquired 82% of the shares of the Vympel shipyard from the Kalashnikov concern.

Less than a year later, the Government of the Russian Federation suddenly decided to change the structure of the transaction to transfer the United Shipbuilding Corporation (USC) to the Vympel shipyard. Now USC will have to re-buy the Vympel asset at the expense of an additional issue of its shares.

But will the corporation actually do this? It is possible that no. And the asset may be in the hands of Olersky, who is now consolidating shipbuilding assets, and previously could even provide USC with a service. The fact is that after the latter was included in the sanctions lists of Western countries, she could not attract additional funding for the Finnish shipyard Arctech Helsinki Shipyard Ou.

And then Olersky appeared on the stage. Almost immediately after his departure from the Ministry of Transport, it turned out that the shipyard was transferred to the ownership of the cruise operator Algador Holdings Ltd, whose owners were called the owners of the Nevsky GCC. According to Fontanka, the beneficiary of the Nevsky GCC could be Olersky, who could thus help USC get rid of the asset that became unnecessary. The formal owners of offshore are Olersky's companions - businessmen Rishat Bagautdinov and Vladimir Kasyanenko. 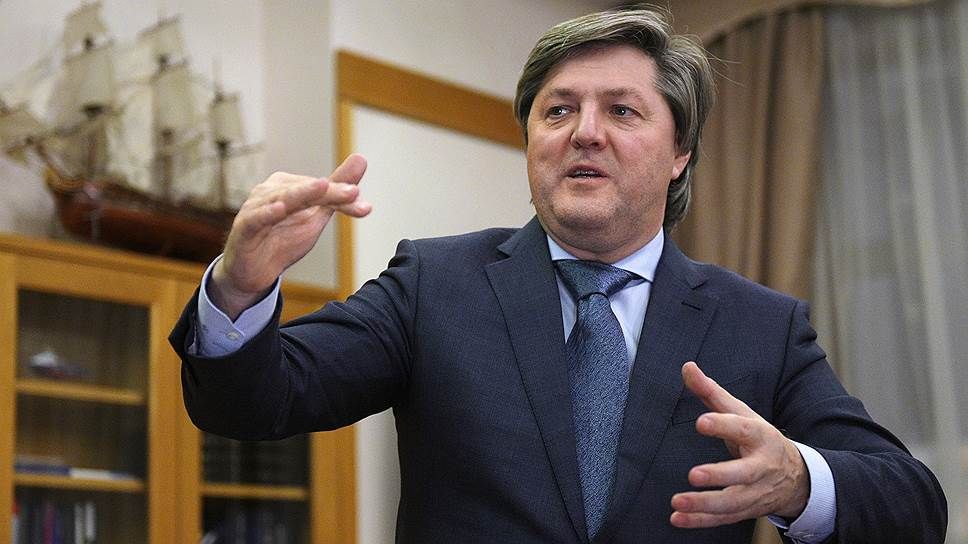 After the acquisition of the Finnish company Arctech Helsinki Shipyard, Olersky headed the Board of Directors of Vodokhod. Rishat Bagautdinov is also the general director there, who conceived to purchase ships for the new route of her "daughter." But the latter, Kasyanenko, used to be a co-owner of the Tuloma Marine Terminal - before the offshore Kapstans Holding Limited began to own it. Behind him is probably Olersky himself.

Several more companies are connected to the same foreign company, which are large recipients of state contracts. Including from companies that could be associated with USC, and certainly related to marine and river topics.

In particular, we are talking about Infotek Flex LLC, with 10 thousand authorized capital, has state contracts for almost 100 million rubles, and Infotek Baltika JSC earned more than 1.6 million rubles from state ranks.

If Olersky really was behind the purchase of the shipyard from USC, then Chemezov can be very grateful to him. And Olersky, in turn, is grateful for the order of two ships of 400 million rubles, of which God knows how many million could, according to old friendship, settle in the pocket of Chemezov himself.

Olersky has long been called a "water baron" for deep penetration into the business of river and sea transportation. Now he owns the Water Passage, the North-West Shipping Company and the very mentioned shipyard. And soon this water empire may be replenished by the Vympel. 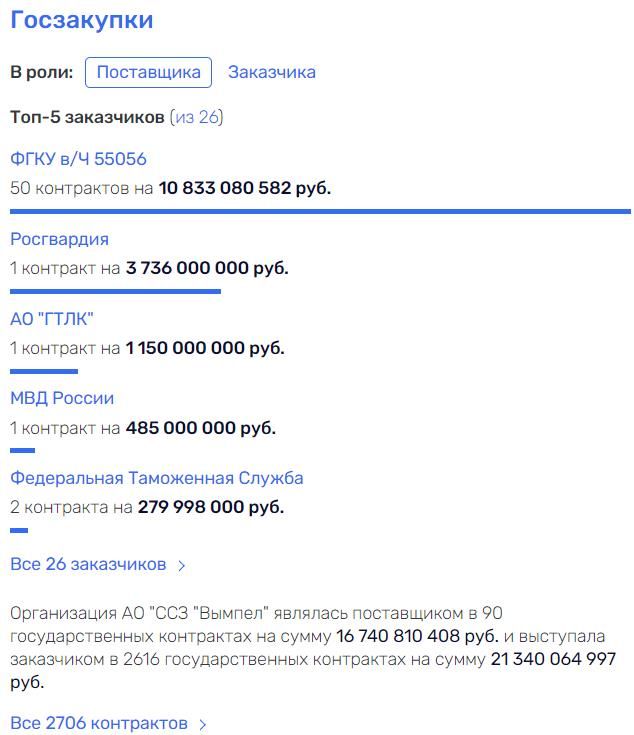 What to say, the volumes are really impressive. It is only possible that the money from the state ranks in the future will be completely legally settled in foreign accounts - earlier The Moscow Post already wrote in detail that Olersky has a real offshore network. Will Vympel get into it soon?

And it doesn't seem to be just him. Right now, a difficult situation is unfolding around the Leningrad Pella, over which Dmitry Rogozin and Vitaly Orlov can fight for control.

The fact is that Pella recently repaid a debt of 223.4 million rubles to the Arsenal engineering plant, which became the reason for filing a bankruptcy lawsuit against the shipyard. Here are just the proceedings between the companies do not end there: recently the court received another lawsuit from Arsenal. At the same time, the latter has been littering Pella with lawsuits since 2018, that is, it is very persistent in its intentions.

Earlier, The Moscow Post wrote in detail that Arsenal is associated with Mikhail Gutseriev and the head of Roscosmos Dmitry Rogozin. In fact, the board of directors consists of people close to Gutseriev or to the space state corporation. And in this case, it becomes clear who right now may be interested in what is happening with Pella.

It is likely that through Arsenal Rogozin may bankrupt enterprises that he liked. So, last year, the plant filed multi-million claims against Karat Scientific and Production Enterprise LLC, which works in the field of scientific research, as well as to the Russian Institute of Radio Navigation and Time JSC. Just these assets can be very useful to Roscosmos.

Around the "Pella" is another significant market participant - Vitaly Orlov from "Norebo." He decided to approach the asset on the other hand, agreeing with Sber, the main creditor of Pella. It has already been officially reported that Orlov is exploring the possibility of buying a plant.

And he obviously really needs an asset: Norebo wants to be insured and have its own enterprise where you can build vessels for fishing. In addition, in this way, Orlov can achieve an increase in quotas for fishing.

All this can go against the alleged plans of Olersky to become the only "master" in Russia. And he seems to have serious patrons in the person of the same USC and Chemezov. Will they join the likely fight for Pella?