Two entrepreneurs with an ambiguous reputation - Andrei Nalivko and Sergey Snopok, could master budget funds together, and then fell on each other with mutual judicial claims.

According to the correspondent of The Moscow Post, the company LLC KB, affiliated with odious businessman Andrei Nalivko, has now begun to sue Lenpromtransproekt JSC, no less scandalous businessman Sergei Snopk. Companies worked together at a strategic facility - they ensured the transport safety of railway approaches to the transport crossing through the Kerch Strait and, apparently, Nalivko and Snopok did not share anything. The latter began the war and, it seems, unfortunately for himself - Mr. Nalivko probably has serious support in the person of the capital's mayor Sergei Sobyanin.

LLC KB entered into an agreement for the provision of services with JSC Lenpromtransproekt in October 2018. However, quickly the cooperation turned into a conflict - the Snopka company filed a lawsuit, accusing the counterparty of disrupting the deadlines for passing the main state examination of Russia, due to poor quality of work performed by the latter. However, as a result, it turned out that it was the comments to JSC "LPP" that served as the basis for the repeated extension of the terms of examination, follows from the file cabinet of arbitration cases.

After that, KB LLC turned to the authority, moreover, it required a round sum, 54 million rubles, for the fact that the JSC unilaterally broke the contract. That is, now in this story, a company associated with Andrei Nalivko through his brother Anatoly Nalivko makes himself a victim. However, if you look more carefully at the participants in the process, it seems that the victims here are the Russian budget and a strategic object where entrepreneurs could successfully master millions together until they had a rift.

Earlier, a reader turned to the editorial office of The Moscow Post, who, on condition of anonymity, said that KB LLC performed work at the facility with violations, disrupting deadlines. However, what if this reader was Sergey Snopok. There is no doubt that he is following our publication, because earlier he filed a lawsuit against us, outraged by the material of Daria Dolina "Snopkov in the fall is considered." The trial lasts more than a year and success is clearly not on the side of the entrepreneur. So he decided to fight a former partner with a weapon that had previously "kicked" him?

It is worth noting that this in no way makes Mr. Nalivko "white and fluffy" - we also wrote about how he previously received budget millions through his K-Security LLC, and did not work himself, but gave contracts to a subcontractor. This almost turned out to be a criminal case for him, but the story was hushed up, and he himself probably disappeared abroad. Among the possible cartridges of the businessman was the capital mayor Sergei Sobyanin, who could push him to the budget feeder.

And there he already met with Snopk, who really needs money now, so he is trying to shake them off from all in a row - the state, journalists, former partners. It's because. that the entrepreneur is now in debt as in silks, he was dragged by ships due to problems with his main asset - St. Petersburg Phaeton.

By the way, in the situation with the Kerch project, the court eventually ruled that Lenpromtransproekt JSC used the funds received from the budget in a different way from the purpose. However, the seizure of funds of the enterprise, equal to the size of claims held in settlement accounts in banking institutions, was refused. And this cannot but raise questions.

Moreover, it is known that as a result of the company's actions, the project for the construction of a railway to the Crimean bridge has risen in price by 3 billion rubles, as stated by the Ministry of Transport, RBC wrote. After that, a prosecutor's check was carried out, but the Arbitration Court of St. Petersburg and the Leningrad Region sided with the Snopka enterprise. 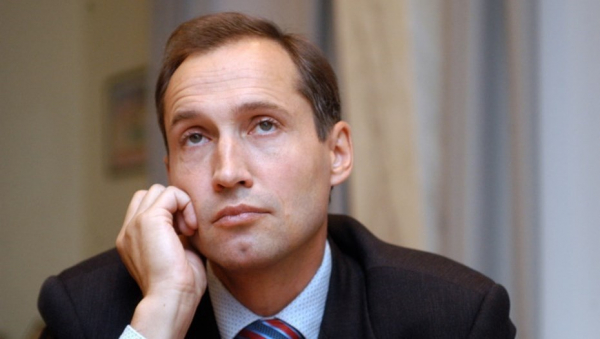 By the way, the rise in price of the strategic project coincided with the troubles of the ex-head of Faeton Sergey Grusha, whom the court brought to subsidiary responsibility for almost 2 billion rubles. Then Snopok told Business Petersburg that he would save his manager from creditors. And it seems clear where he could take the money for it.

But when the Snopka organization, in principle, received a tidy contract, many were surprised: just in April 2017, searches were carried out in Faeton. According to Business Petersburg, they were associated with a criminal case of fraud. And nobody was embarrassed?

In the debt "ring"

Mr. Snopk himself and without Nalivko have enough problems. In the spring of 2020, law enforcement officers conducted large-scale searches in the structures of "Phaeton," which were associated with the case of fraudulent theft. Mr. Snopok took about ten loans at Rosselkhozbank, the total exceeded 1 billion rubles, but did not fulfill the collateral obligations in the end. Earlier, The Moscow Post wrote in detail about this.

In addition, in relation to a number of Faeton structures, a bankruptcy proceedings procedure was previously introduced, and his brother Mikhail, with whom he jointly conducts business, was declared bankrupt 10 years ago. The situation is no better with Sergei, most of whose companies, according to Rusprofail, have already been liquidated. In other words, he seems to have nothing to pay.

What to say, from the once largest St. Petersburg enterprise there were "horns and legs." Maybe. this is also due to the loss of patrons - there was information that "Phaeton" acted under the protection of the clan Mikhail Mirilashvili, known in certain circles as "Misha Kutaissky." For some time, Andrei Volov, nicknamed "Andrei Little," could allegedly oversee the work of the enterprise. But all these mischievous people eventually fell under the sight of law enforcement officers, as The Moscow Post previously told in detail.

Actually, after that, problems fell on the enterprise: back in 2008, Faeton officially announced a lack of money and refused to buy a network of Czech gas stations. Very soon, numerous creditors wanted to see their money. among which were VTB, Svyaz-Bank and Rossiya Bank.

Then the organization itself initiated its own bankruptcy, Oktan and Promtrans also made claims. And the court ruled that these companies have the same rights as banks. As you probably guessed, Oktan and Promtrans were affiliated with the debtor, as Rosbalt reported. As a result, Faeton Aero was ordered to pay organizations a total of 2.7 billion rubles, but the banks were left "with a nose."

Later, Faeton Aero received charges of intentional bankruptcy and illegal receipt of loans. According to Business Petersburg, a criminal case followed on the fact of non-repayment of loans.

But Snopok agreed with several banks to transfer debt from Faeton Aero to other group structures. As a result, the company's debts to financial institutions decreased from 6 billion to 3.9 billion rubles. But, in fact, Snopok simply poured money masses from one of his own companies into another. Famously invented!

However, at the beginning of 2013, the Ministry of Internal Affairs opened a criminal case under the article "fraud on an especially large scale" according to VTB. The credit institution estimated the damage at 713.5 million rubles, Rosbalt reported. But the case quickly drowned out.

Earlier, The Moscow Post spoke in detail about how Snopok allegedly can put pressure on competitors, leaves contractors and staff with nothing, possibly benefiting from the favor of law enforcement officials. Did he expect to arrange a similar story with Nalivko?

But it seems the wrong one was attacked. And now he can try to put pressure on him through journalists. Well, in this case, we can only honestly talk about the activities of entrepreneurs who are clearly worthy of each other.