Slusar's "MiG" between past and future

Under the current head of the UAC, Yuri Slusar, the state corporation gets rid of state ownership at the speed of a supersonic fighter.

On the territory of the former factories "MiG" and "Sukhoi" in Moscow, almost 3 million square meters. m. Commercial and residential real estate. A similar layout within the framework of 82.3 hectares of the area of ​ ​ former factories was approved by the City Planning and Land Commission of the city of Moscow.

How the UAC, under the leadership of Yuri Slyusar and the supervision of Rostec headed by Sergei Chemezov, implements real estate assets of the country's strategic enterprises - in the material of The Moscow Post.

Offices instead of workshops

The UAC hints that they can build their own office there - the Sukhoi Unified Design Center. But given the market value of the site and the huge loss of the UAC, its sale looks like a more likely scenario.

Of course, large developers can apply for the territory of factories near Leninsky Prospekt - the land is too "tasty" there. It must be assumed that in recent months, representatives of Rostec and the UAC have only been engaged in the coordination of the use of the future platform in the Moscow mayor's office.

The plots themselves were put up for auction last year - a total of 134 objects with an area of ​ ​ 57.7 hectares. Who is interested in them has not been officially announced. Presumably, among those may be large metropolitan developers.

Rostec has long been engaged in the sale of "unnecessary" real estate objects actually for commercial development. In December 2021, he implemented a large section of the former Orion research and production association (NPO). The winner of the auction with a proposal of 1.6 billion rubles was the development group "RG-Development."

At the same time, the head of the UAC Yuri Slyusar himself used to be convicted of having connections with developers in the regions of Russia. For example, with the Rostov company "Specialized Developer" Residential Complex on Komarova 28. "

In Rostov-on-Don, Vertol-Development JSC launched activities against the background of a high-profile scandal, when in the city in 2017 a large fire destroyed almost more than a hundred private houses in the Theater Descent area. Considering that Vertol-Development has long and persistently shown interest in this particular territory, bad rumors spread around the city.

Can Mr. Slyusar lobby for someone's commercial interests in the field of development? Quite...

At the same time, over the past year, under the supervision of Slyusar, Manturov and Chemezov, the merger of two enterprises continued - MiGa and Sukhoi under the wing of PJSC UAC. And just against the background of the completed process, the new structure suddenly decided to get rid of unnecessary real estate assets?

The integration of Sukhoi and MiGa into a single aviation division was part of the reform of the UAC. The process moved hard, the stumbling block was largely the management of enterprises, which did not want to be optimized and break away from the feeder.

Interestingly, the former general director Igor Ozar was almost squeezed out of the UAC "under Slyusar" - he was in charge until 2018, when the UAC was transferred to Rostec, and could not be considered a person loyal enough to Chemezov.

Rumors that Tarasenko was "leaked" for insufficient loyalty to Chemezov are also circulating to this day. In this light, Yuri Slyusar, whose surname has repeatedly appeared in many scandals, looks like an even more odious figure.

The UAC, led by Yuri Slyusar, and Sergei Chemezov simply called the unification process - "reorganization." And it was preceded by massive reductions in employees of legendary enterprises. 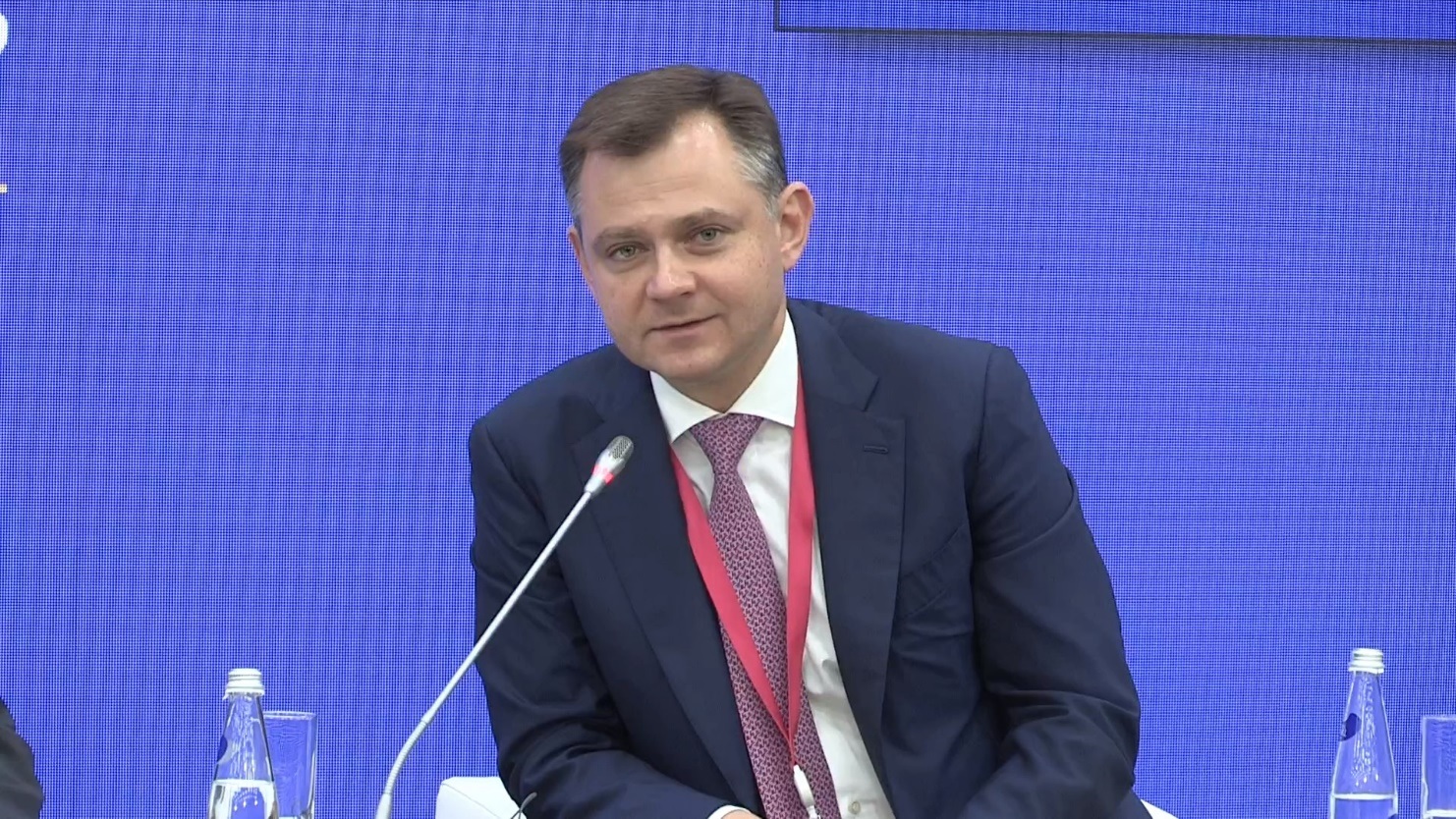 Another wave before the liquidation of enterprises swept against the backdrop of the coronavirus pandemic. In September 2020, the manufacturer of the Sukhoi SuperJet 100 aircraft (Regional Aircraft, formerly Sukhoi Civil Aircraft) carried out massive layoffs. RIA "Novosti" wrote about this.

There was only "MiG"

Before the reorganization, something strange happened at JSC RSK MiG. At the end of 2017, under strange circumstances, the chief designer Alexei Smetannikov almost died - and just against the background of the planned mass reductions. And directly in PJSC UAC, the enterprise entered with an asset value of minus 21 billion rubles. Where did the two tens of billions go?

At the same time, MiG, as you might guess, also acted as a major operator of state contracts - by almost 1.2 billion as a supplier and by more than 174 billion as a customer. These are impressive amounts, but it is difficult to recognize the effective work of the legendary airlines - in fact, all the last decades they have survived only at the expense of the state defense order.

By the way, according to ill-wishers, people close to Sergei Chemezov could well be related to the sad end of the MiG as a separate enterprise.

In March 2020, the Nizhny Novgorod Hydromash OJSC collected about 800 thousand dollars from the RSK MiG. And here it is important: previously, the nominal holder of Hydromash shares was JSC National Commercial Bank, which is owned by the famous banker Viktor Grigoriev. Now he is no longer on the list of shareholders, but the "exit" could only be made to divert the eyes.

They are trying to imagine Grigoriev almost as Sergei Chemezov's wallet. To him, Grigoriev, 75% of the shares of the high-tech holding Technodinamika (mainly engaged in development for aviation) were transferred. Moreover, at a bargain price of 13 billion rubles. Rostec, i.e. the state, has a share of only 25%.

What is it like not squandering state property? And even strategic enterprises.

At the same time, there is no need to reduce everything to Grigoriev and Chemezov. The same Grigoriev was previously Denis Manturov's deputy at Oboronprom. By the way, even officially the richest minister in the Government. Over the past year, he earned more than 700 million rubles - other large businessmen do not have such income. But the Russian minister - please.

So our aviation enterprises are mastered by a whole team of well-known rich people juggling state property, like pins in a circus!

As for PJSC UAC, according to the results of the last reporting year (2018), instead of profit, it can "boast" of a huge financial hole - a loss of 30 billion rubles on revenue of 53 billion rubles. 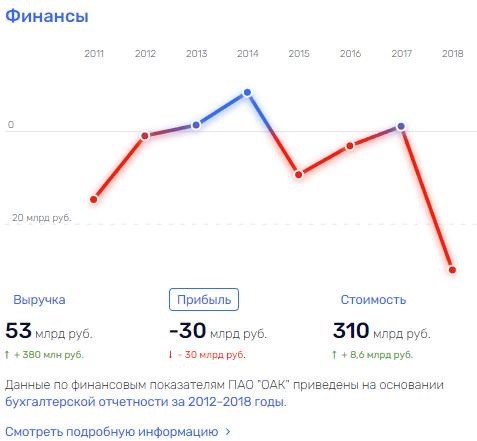 Why the corporation under the leadership of Yuri Slyusar showed such a sad result, I think, the auditors and competent authorities will figure it out. But the feeling that the unification of MiG and Sukhoi could be a cover for possible financial fraud is difficult to get rid of. Now, there are no legal entities - there are no problems either. Shito-covered!

In short, huge money passed through them - and not surprisingly, given that they supply products for both the civilian and defense sectors. These are strategic enterprises. 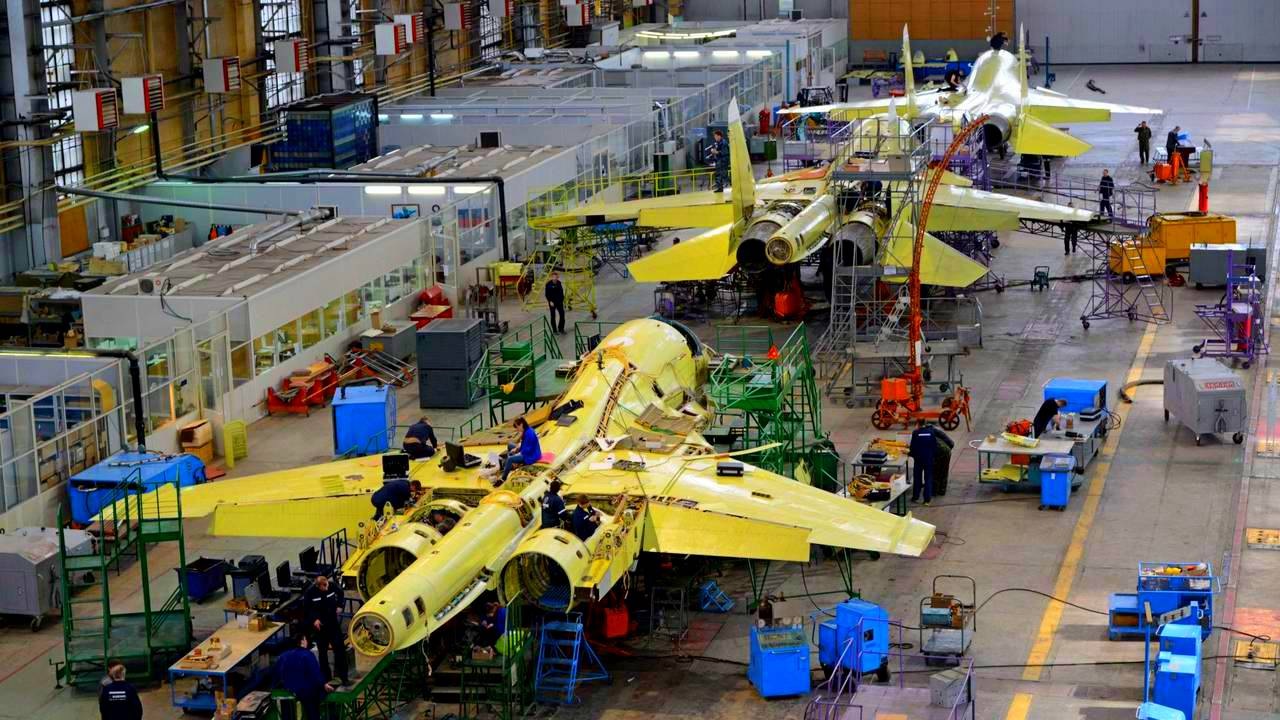 It seems that with the current management, the country's leading aviation enterprises survive only at the expense of the state defense order. Photo: anna-news.info

Now they have been "brought to the handle," and assembly shops, hangars, etc., are allowed under the hammer to "squeeze" additional billions out of them. It is quite possible, not without the personal corruption interest of the leaders of our state corporations. Only how to revive the domestic aircraft industry with this approach? The question, of course, is rhetorical.